Let me start by saying the only reason I visited Canton-i was to avoid feeling left out. I have been hesitant to try Canton-i because I realize they are under the same management with Dragon-i. For me, this spells discouragement because my experience with Dragon-i in the past was pretty bad. I wasn’t completely hopeless anyway seeing that Canton-i had a different menu, it could be a different breed compared to Dragon-i. That wet towel, is RM1 each. Canton-i’s Signature Egg Tarts were highly acclaimed by some who tried it before so I ordered it too. Too bad it was not good for me, the pastry was not crispy at all and they felt like they had been on the shelf for too long. The only good thing about the egg tarts was the relatively cheap price compared to the rest of the menu, RM5 for three. My 水饺面 (Sui Kao Noodles) @ RM11.80. I was satisfied with the noodle’s texture as well as the Sui Kao’s taste, but found the soup to be too light and lacking in flavor. SL’s 云吞面 (Dried Wanton Noodle) @ RM12.80, which fared better than my Sui Kao Noodle in overall. The wanton was tastier as well. The 虾米肠粉 (Dried Shrimp Cheong Fun) @ RM7.80 could have easily be the best dish that evening if only it was served hot. For unknown reasons it arrived at our table barely warm. What a shame, because it was delicious. 烧卖 (Pork & Shrimp Siu Mai) @ RM9, which cost more than double for the same thing at a normal dim sum restaurant. But I am not complaining since there were four pieces (1 more than the usual) and they tasted really good. Like Dragon-i, you get to see the chefs preparing the food through the transparent glass that separates the kitchen and the dining area. The ambience is warm and inviting but certain seats, like the one we sat at were too close to each other so it was a bit uncomfortable. Although the food and service didn’t disappoint us as much as Dragon-i did, I felt Canton-i isn’t exactly an affordable restaurant that you can visit often. It cost almost RM40 per pax for the meal, and we haven’t even touch the roast meat menu yet lol. 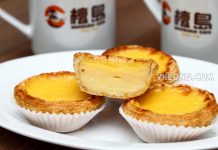 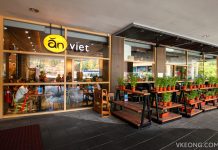