I have discovered yet another delicious Penang style Prawn Mee in KL and this time it’s located in Red Leaf coffee shop along Jalan Loke Yew. Even the stall name itself exudes authenticity, as it’s called Hokkien Prawn Mee. 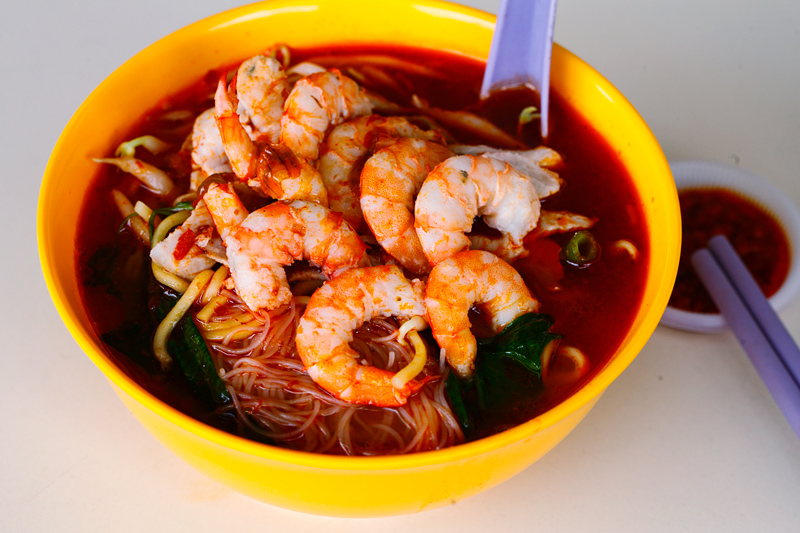 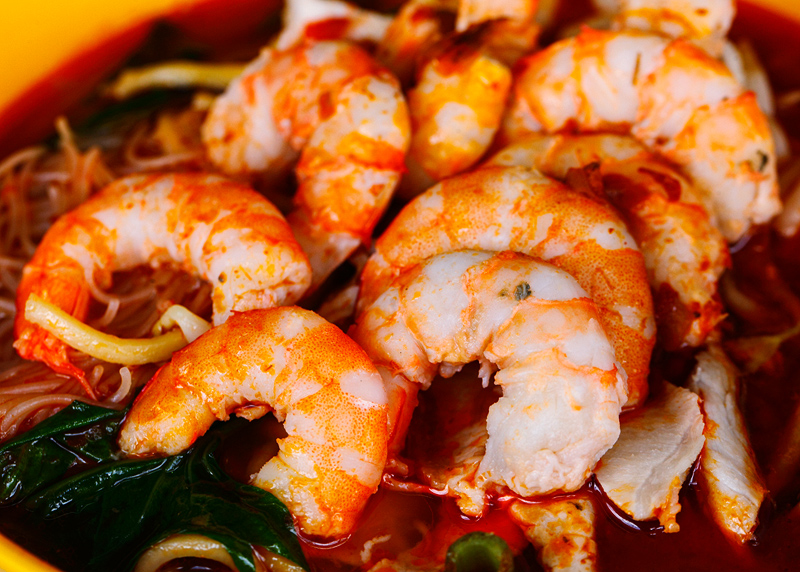 The first thing that stood out to me was the broth’s color, it was deep red which is a good indication of the amount of prawns used to prepare it as well as the flavor. But I have to clarify that this is not the standard serving because I asked for additional prawns.
It cost me RM9 and I have to say it was worth every penny considering the prawns given are big, fresh and succulent. If I am not mistaken, the normal serving is RM6 and comes with four pieces of prawns. That’s pretty good value already if you ask me. 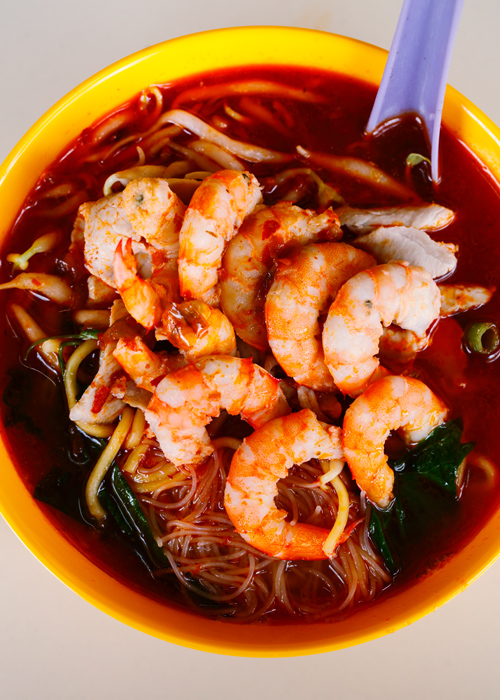 Taste wise I have to say it’s really good and while the broth is a little sweet (just a little) it’s balanced off by the addition of the spicy chili paste.
In the end, everything worked out perfectly and I was more than satisfied with what I had. Besides John’s Penang Prawn Mee, this is another I would recommend wholeheartedly. 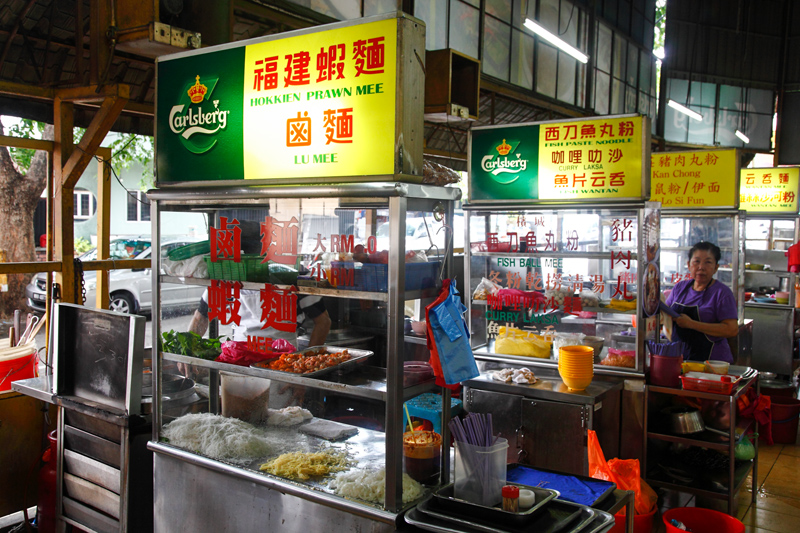 Since the stall usually sells out around 12pm, the best time to reach here would be any time between 7am and 12pm. Sometimes when business is slower than usual the stall is open until 1pm or later, but I think that’s a rare scenario and you shouldn’t bet on it. 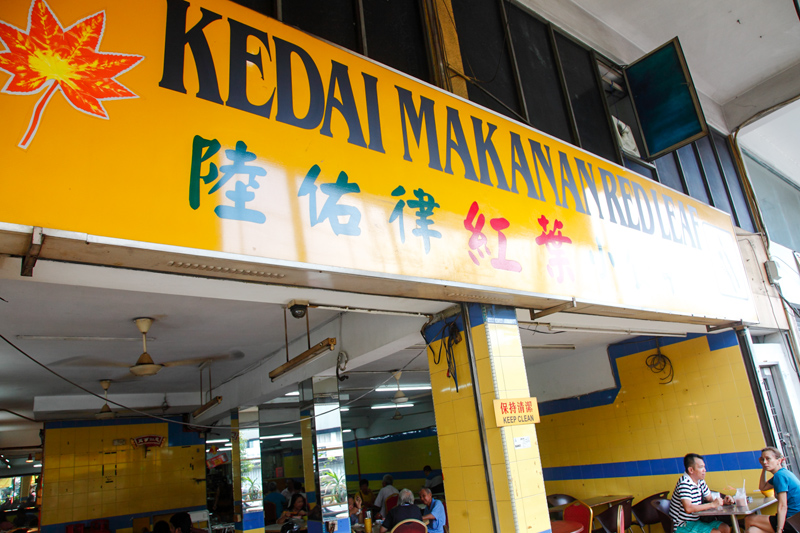 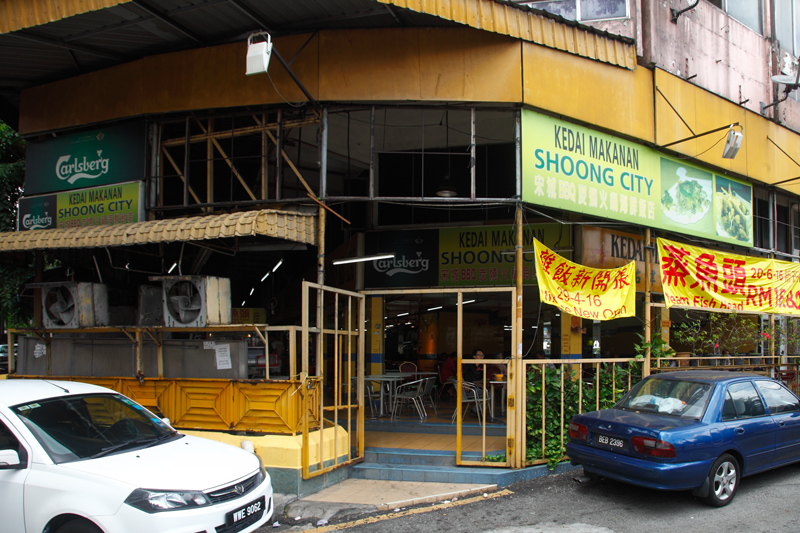 FYI the coffee shop used to be called Shoong City. I guess the owner didn’t get around to change the main signboard yet but you could see it’s Red Leaf once you step inside.