Ichiban the Izakaya recently launched their Japanese a la carte buffet @ RM69 nett. It’s only available at their Kota Damansara branch at Cascades from 6.30pm to 9.30pm daily (except Monday).
One thing that makes this buffet stand out from the rest is that Ichiban the Izakaya is originally a full fledged Japanese restaurant, as opposed to one that’s started with the sole intention of serving buffet. 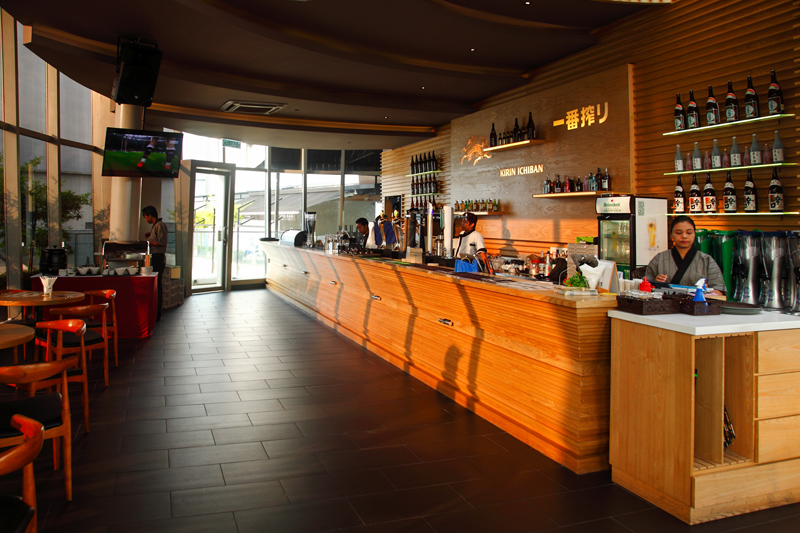 Personally, I have been to their restaurant once and it was a delightful experience. Based on that, I expected the food served in the buffet to have certain standards – and it did. 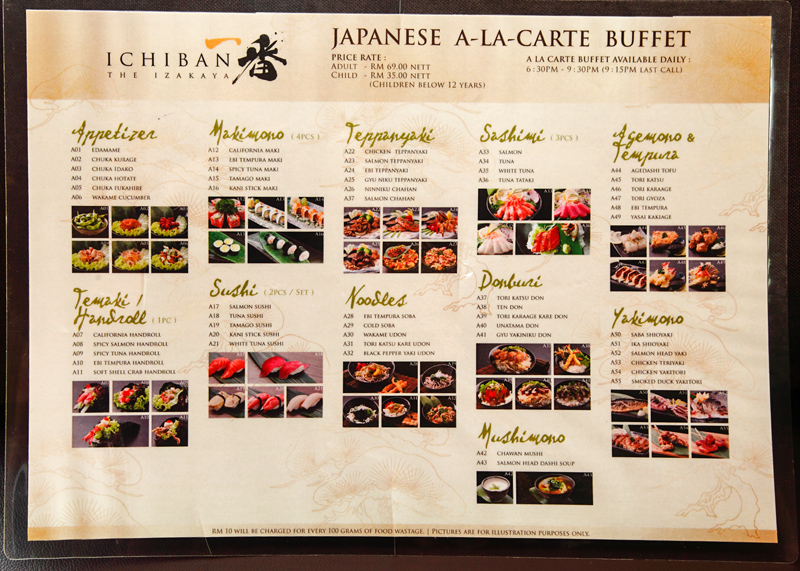 The a la carte buffet menu is safe in the sense that it does not include non-Japanese dishes like raw oysters, boiled seafood and Chinese stir-fries. It aims to be more authentic than fancy.
There are 11 sections of dishes: appetizer, temaki/handroll, makimono, sushi, Teppanyaki, noodles, sashimi, donburi, mushimono, agemono & tempura and yakimono. In total, there are 55 dishes to choose from. Click here to view the menu in high resolution. 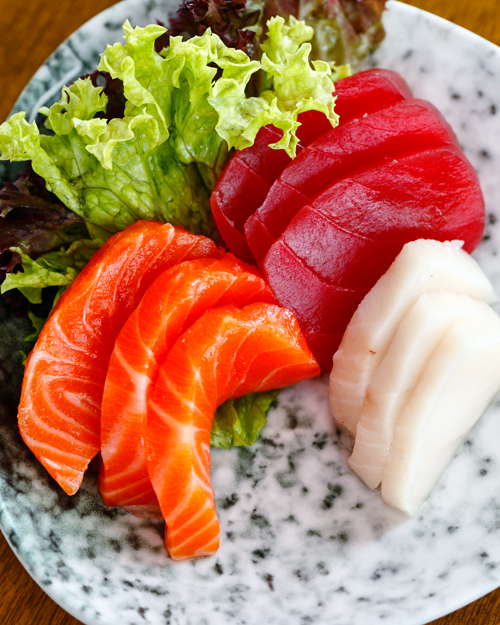 The sashimi offered in the buffet has the exact same grade as those they serve in the a la carte menu. This is definitely something worth commending, as some of the other Japanese buffets in town would simply resort to serving lower grade fish to save cost.
Vibrant in color, undeniably fresh, properly thawed and nicely cut in thick and satisfying slices – I think there’s really nothing you could ask for more. 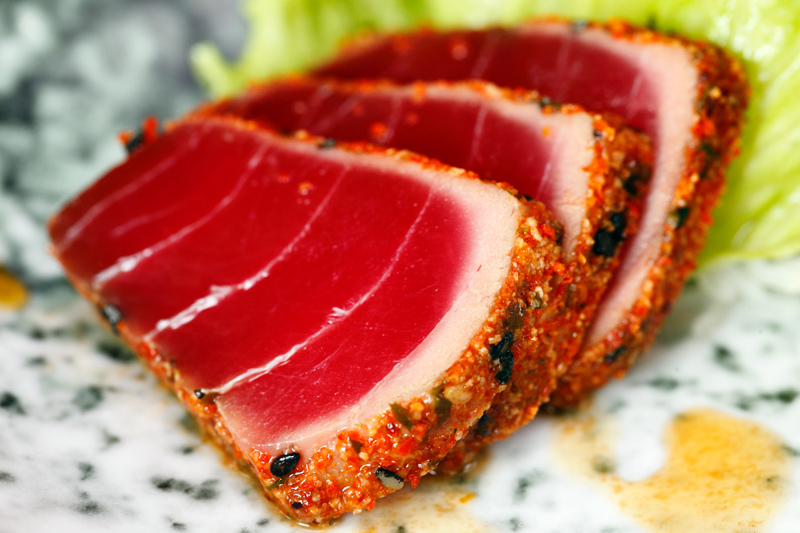 Tuna Tataki is also under the sashimi section, pan seared lightly then coated in a mix of spicy spices. 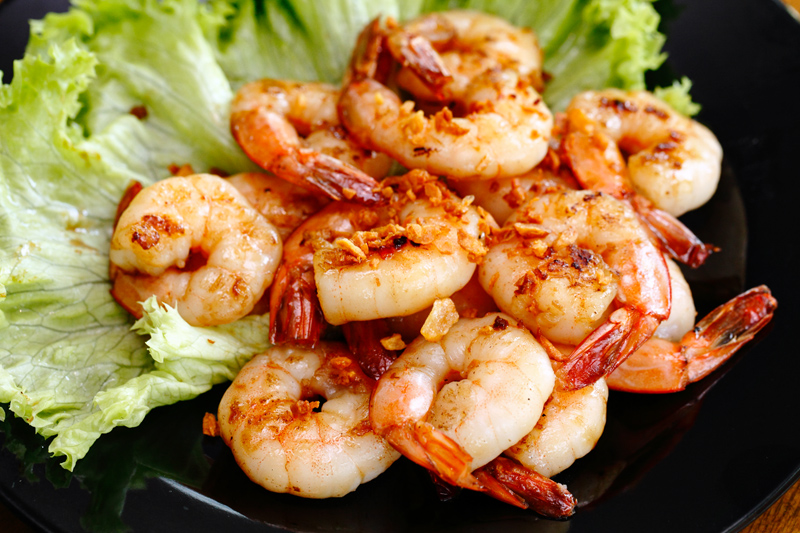 Ebi Teppanyaki was so good that we ordered double helpings. Sea prawns are used too so they are naturally sweet with a firm texture just like those you get in ‘har gao’. Highly recommended. 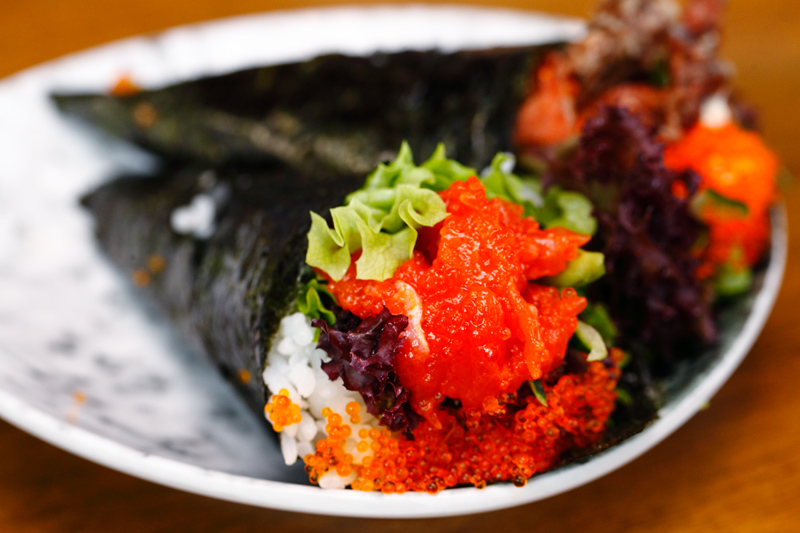 I usually avoid the handrolls in Japanese buffets because they are usually stuffed with rice. But the handrolls here are stuffed with ingredients instead, so much so that they appear to be overflowing. Shown above are the Spicy Tuna and Soft Shell Crab handrolls. Both are equally delectable. 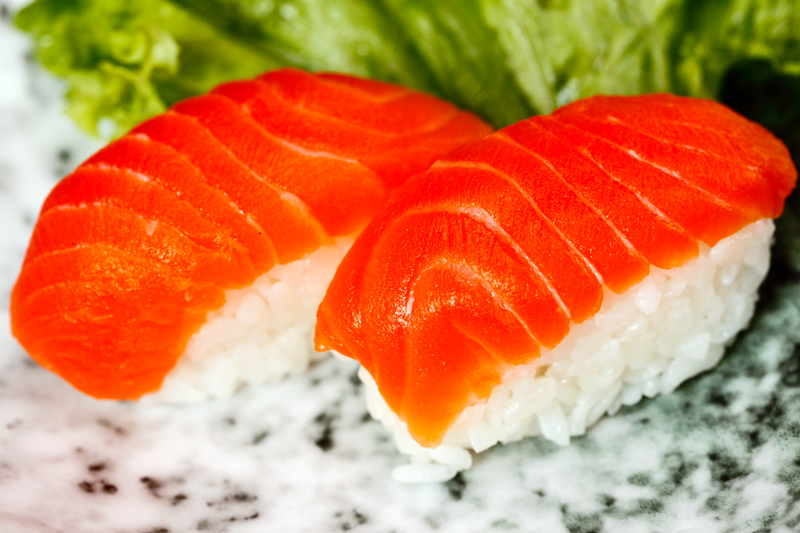 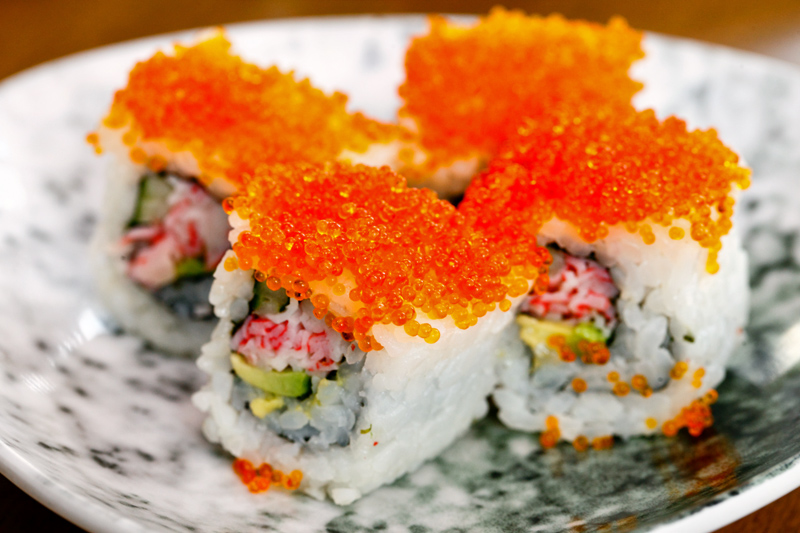 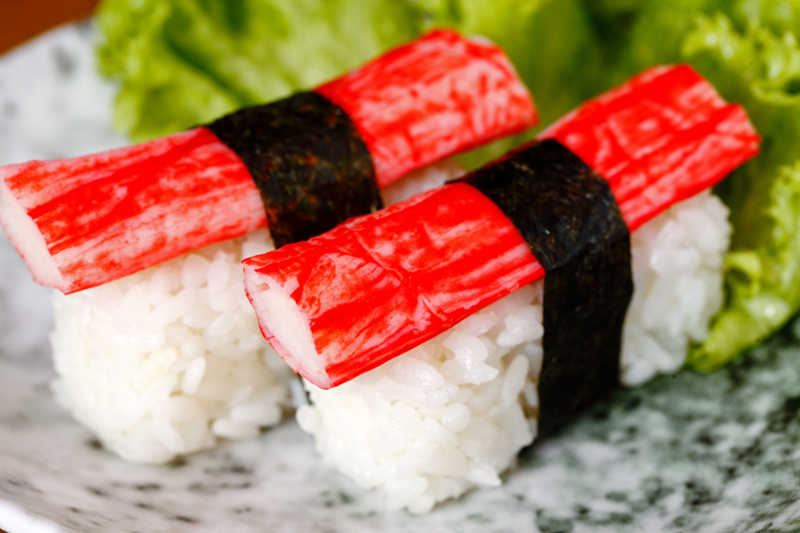 On the other hand, sushi and maki are skippable unless you really feel like having rice. That said, they are actually not bad at all for a buffet. 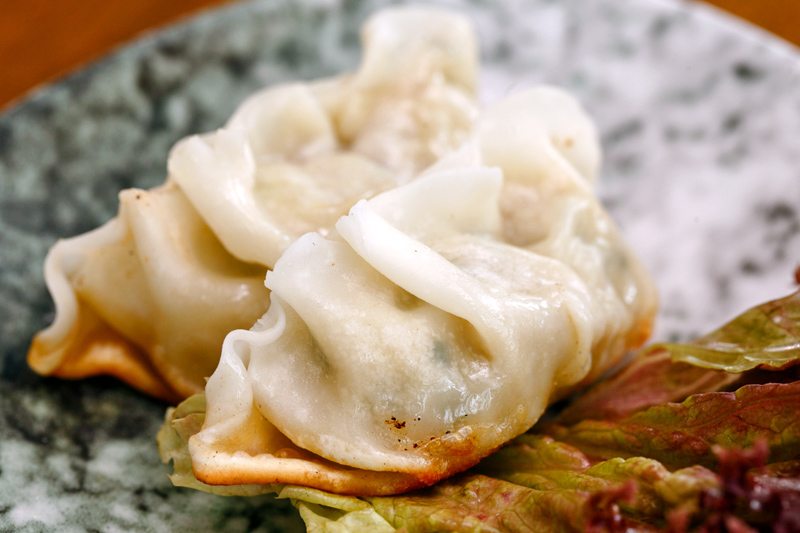 Fried Gyoza – worth trying since it comes in 2 pieces for each order and won’t be too filling. 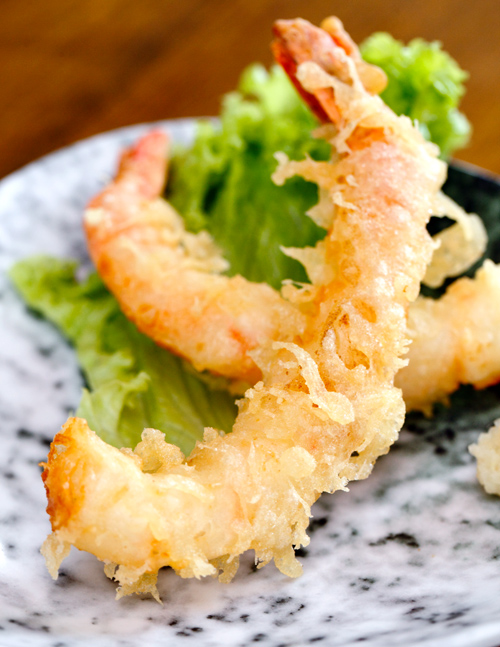 Ebi Tempura is served as it is without any other side dishes. If you wish to have the vege tempura, just opt for the Yasai Tempura. There’s no Tempura Moriawase to trick you into eating a lot of vege, but only a few pieces of seafood. 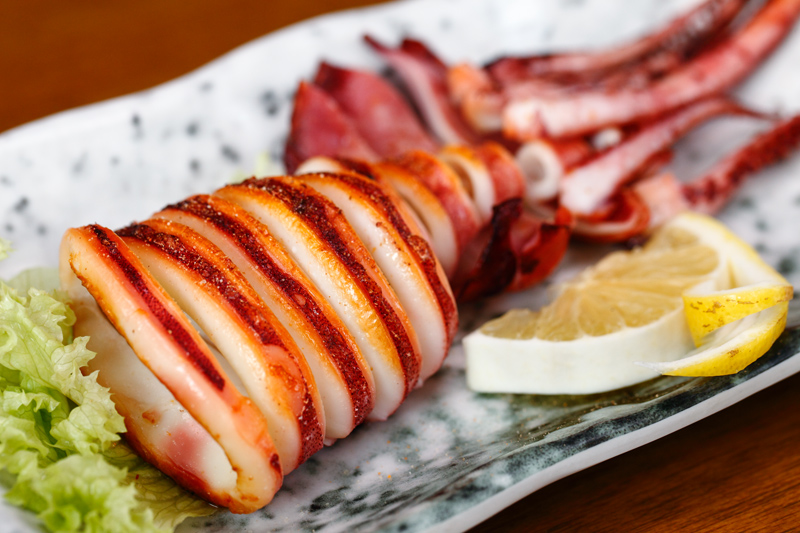 When the Ika Shioyaki arrived I honestly thought it was going to be dry and rubbery. I am glad I was wrong because it’s cooked just right and tasted sweet on its own. 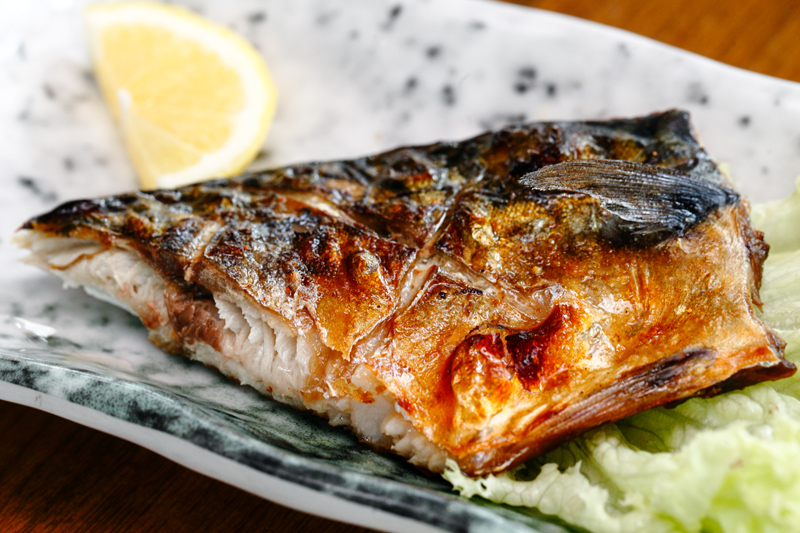 Saba Shioyaki did not disappoint, it was perfectly grilled and retained its moist texture and oozing with oil from the fish’s natural fat. 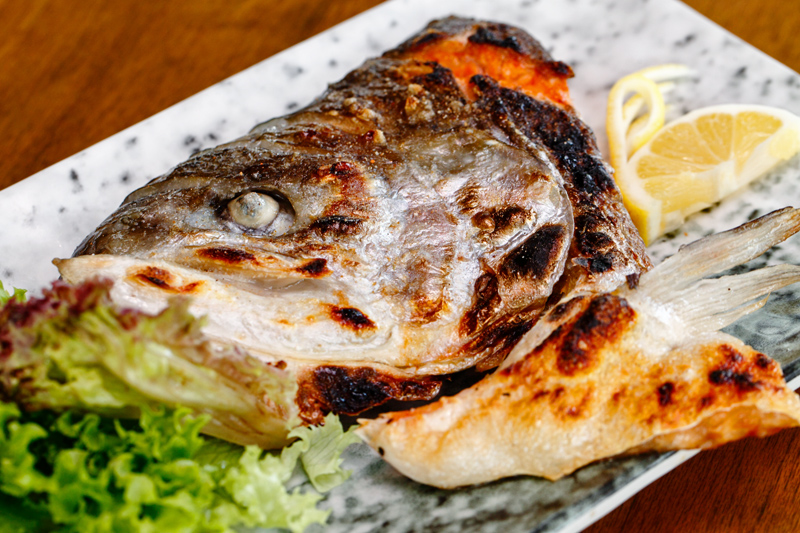 Same went for the Salmon Head Yaki. The deep orange, flaky flesh is tender with an oily texture as well. Great stuff. 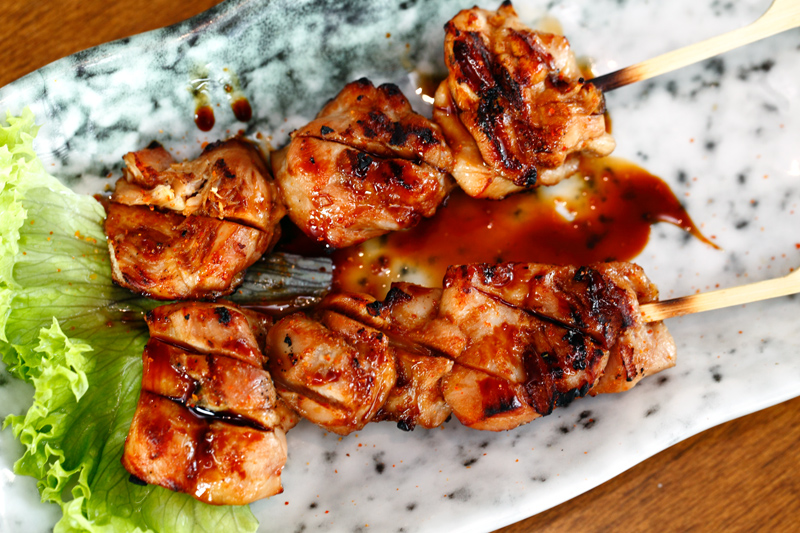 Chicken Yakitori is another dish we generally skip because it’s lean and tough for most of the time. Here, it’s prepared using chicken thigh for that juicy bite so we didn’t mind having it at all. Besides, there’s only so much sashimi you can eat before you start to feel ‘jelak’. 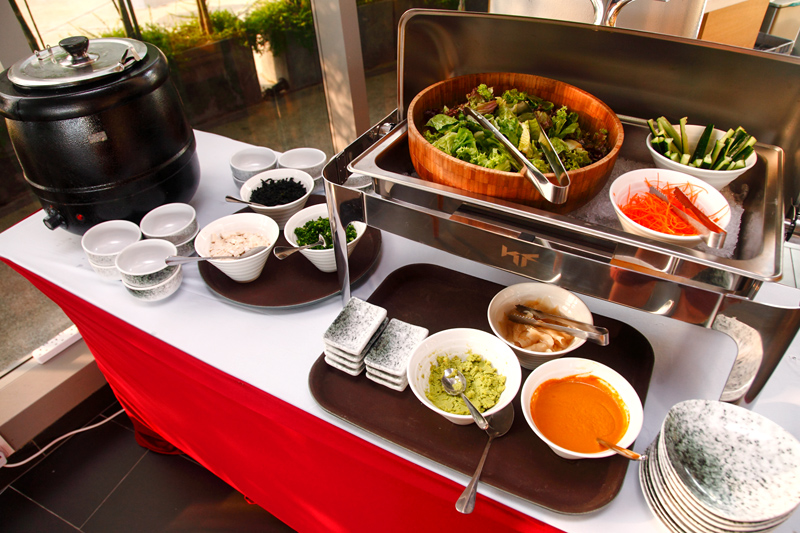 If you are wondering where the miso soup and salad are, they are provided self-service style near the entrance. 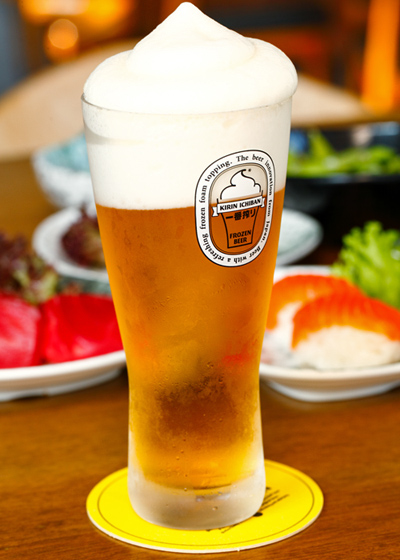 And while you’re here, don’t forget to try the frozen beer by Kirin Ichiban that’s only available here. The frozen froth acts like a natural lid that keeps the beer chilly and fizzy so the flavor remains intact longer. It’s especially cooling and thirst-quenching in this stupidly hot weather. 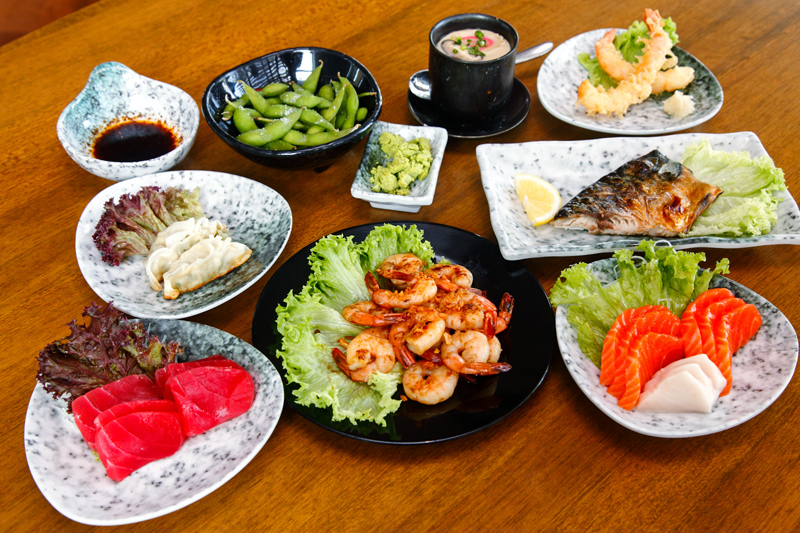 I know what was written above might read like this is a flawless Japanese buffet. However, it’s not without its weaknesses.
For starters, it does not have any dessert at all (only to be included if the buffet response is encouraging) and some food presentation could have been a lot better. Fortunately, these are absolutely minuscule issues which won’t really affect the dining experience itself. 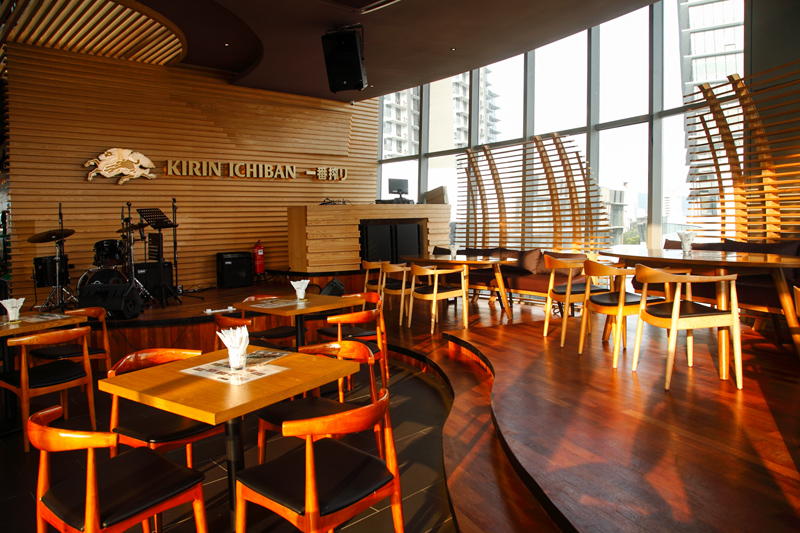 I wasn’t able to try everything on the menu but based on what we had, I can safely say that Ichiban the Izakaya’s Japanese Buffet might very well be one of the tops in Klang Valley currently.
Price wise it’s reasonable as well considering a normal Japanese meal for two cost almost the same anyway. So better get yourself here before the masses know about this hidden gem. 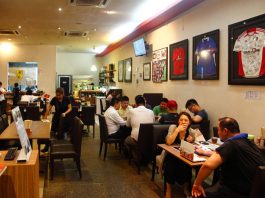 Eat May 12, 2016
ABOUT US
VKEONG.COM - Malaysia Food and Travel blog with reviews of restaurants, hawker and street food in KL, Penang, Melaka and beyond.
Contact us: vkeong@yahoo.com
FOLLOW US
© VKEONG.COM - All Rights Reserved