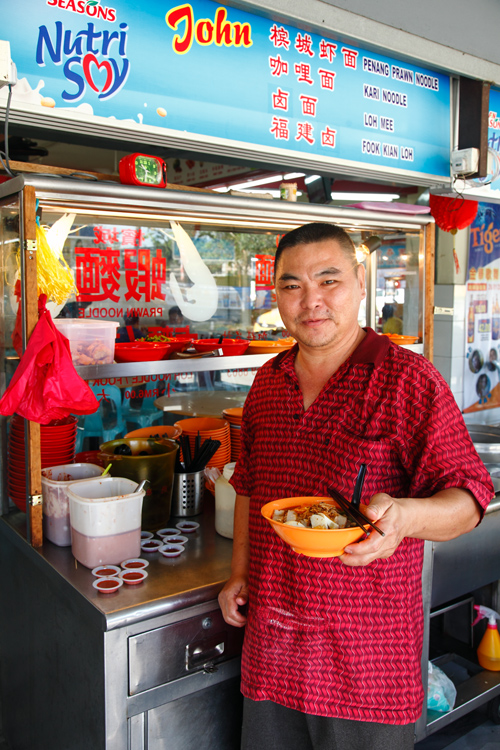 This is John, he sells one heck of a good Penang prawn noodle in Sungai Buloh. He’s from Balik Pulau, came to KL in 1989 and had a short stint as a chef at SS2’s New Paris Restaurant. Shortly after that, he picked up the techniques of cooking prawn noodle from his sister, who now operates Say Huat coffee shop in Section 17.
He manned the prawn noodle stall at the said coffee shop for almost 20 years, before deciding to relocate to Sungai Buloh about 7 years ago.
Now, he’s stationed at Golden Kim Wah, a new coffee shop that just opened for less than 2 weeks. It’s the most spacious and cleanest coffee shop in the vicinity. 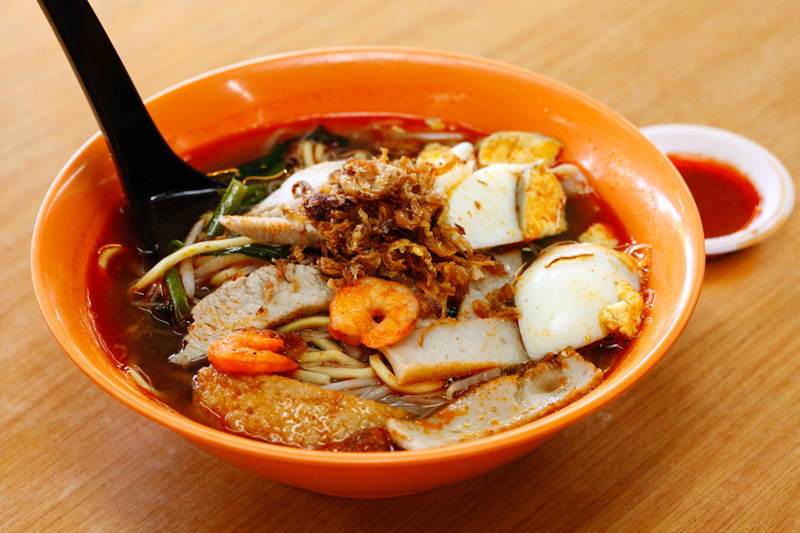 After going around KL and PJ trying various prawn noodles recommended by other sites and blogs alike, I can now conclude that John’s the best among all – at least until I can find a better one. I rarely go back to the same stall for the same food, unless it’s exceptionally good. But the prawn noodle here has got me hooked and I am willing to brace the traffic just to have a meal here. 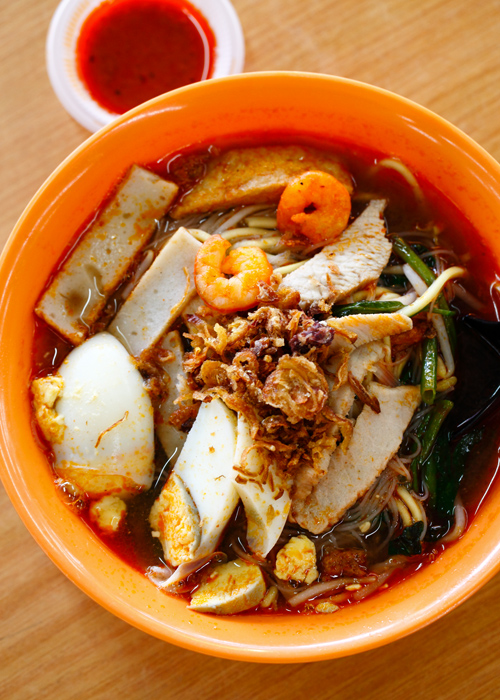 Everything about John’s prawn noodle is just right. The soup is pleasantly thick and has a good depth of prawn flavor, one sip is all you need to tell its difference from the rest.
While most of the more popular prawn noodle stalls and restaurants in Klang Valley tend to add too much sugar resulting in soup a tad sweet, John’s version is a balanced sweet and salty leading to a savory, spicy finish.
For RM6, it’s slightly more expensive than the average, but you do get what you pay for, as the amount of toppings given is more than enough to put a smile on my face. 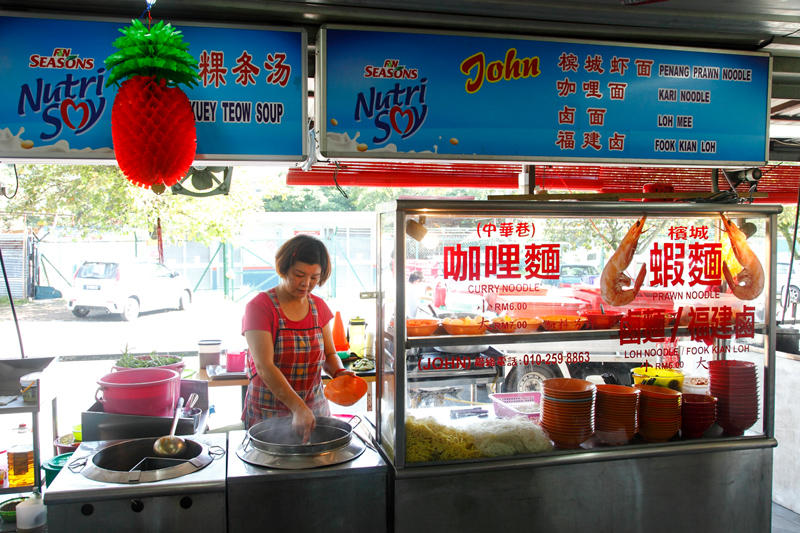 When asked why he doesn’t include some of the more premium ingredients such as pork ribs and bigger prawns as extra toppings, John simply said “I am selling in an industrial area, most workers are looking for an economical meal. If I sell my noodles with premium items, they will feel intimidated by the price and not return”. Sounds perfectly reasonable to me.
Besides prawn noodle, John’s wife also sells curry mee prepared using a recipe passed down from another seller at Madras Lane off Petaling Street. In the coming weeks, he will also serve Penang style Koay Teow Th’ng after he perfects the recipe. 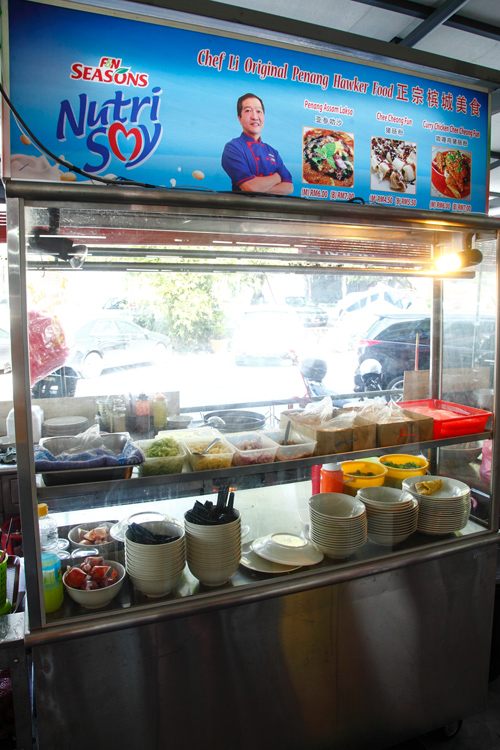 Chef Li’s Original Penang Hawker Food is another popular food stall located at the other side of the coffee shop. From what I know, he used to be a fine dining chef, and now he sells Penang style Chee Cheong Fun and Assam Laksa. 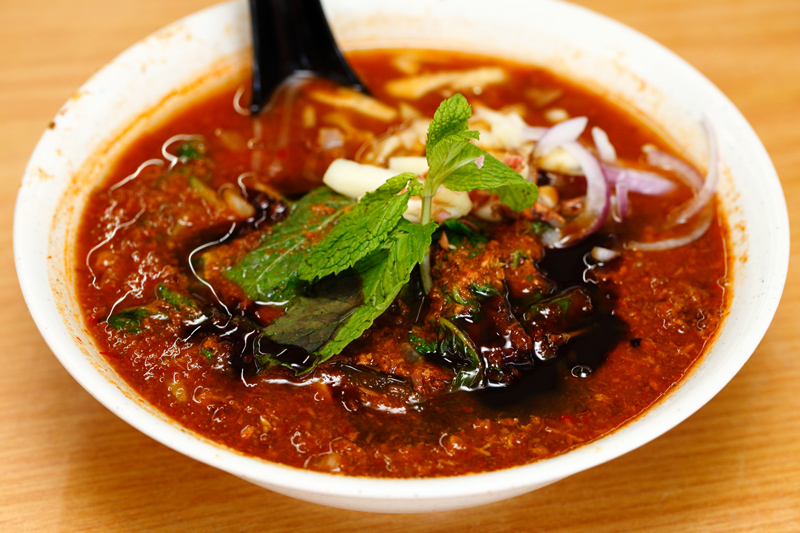 The Assam Laksa @ RM6 is quite authentic and you can tell from the photo that the broth is thick and full of minced fish. However, I thought it could use more chilies because it lacked that spicy, exciting note. 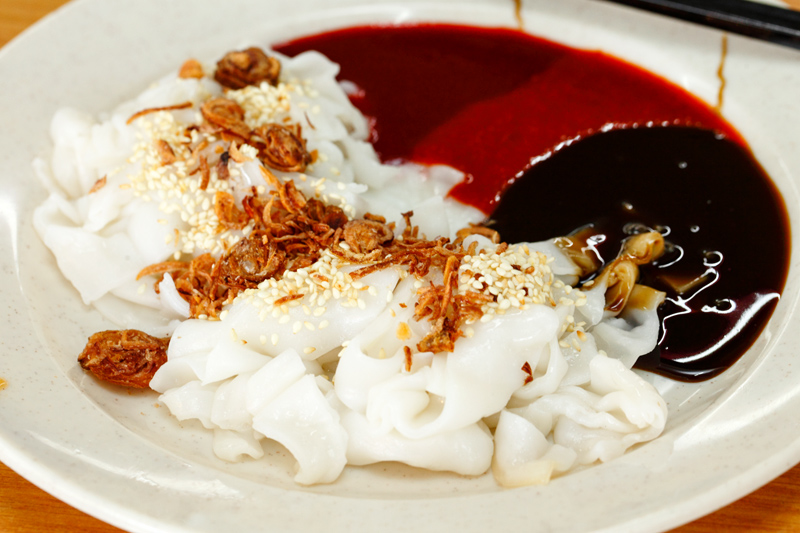 On the other hand, his Chee Cheong Fun @ RM4.50 did not disappoint and tasted exactly like home. That said, I am not sure if the KL folks will find this favorable. 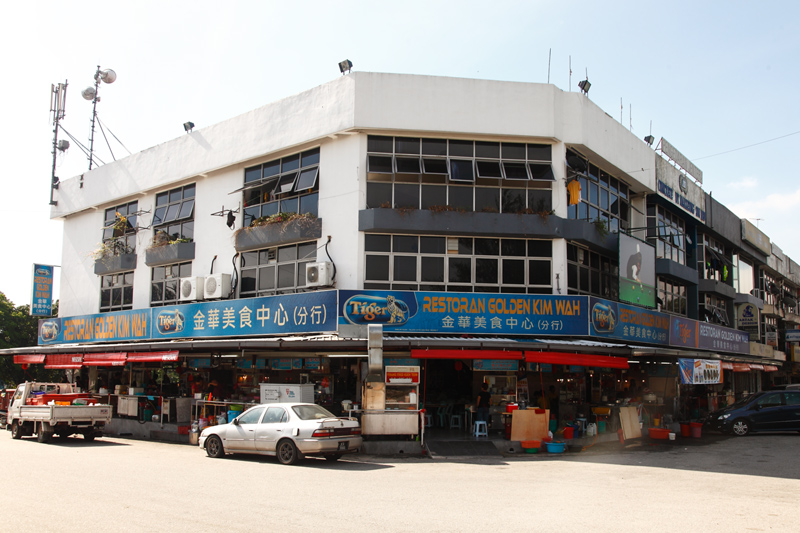 The coffee shop and the stalls will resume business on the third day of Chinese New Year. If you are looking to enjoy great Penang hawker food without traveling all the way up north, you know where to go.
For nice Penang Char Koay Teow and Curry Mee, you can try Sisters Place in Ara Damansara. 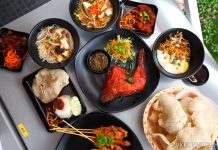