Due to its strategic location, Kepong‘s Public Bank near Laman Rimbunan is one of the busiest banks in town. And because of that, many food trucks and vendors would congregate at the big car park to attract business from the bank’s customers.
Over time, more and more vendors join in which some even became permanent fixtures despite not having proper hawker licences. One of the latest food truck to join the “family” is Moossy Mobile Cafe – a coffee truck that claims to use beans from the Chiang Mai highlands which they roast themselves. 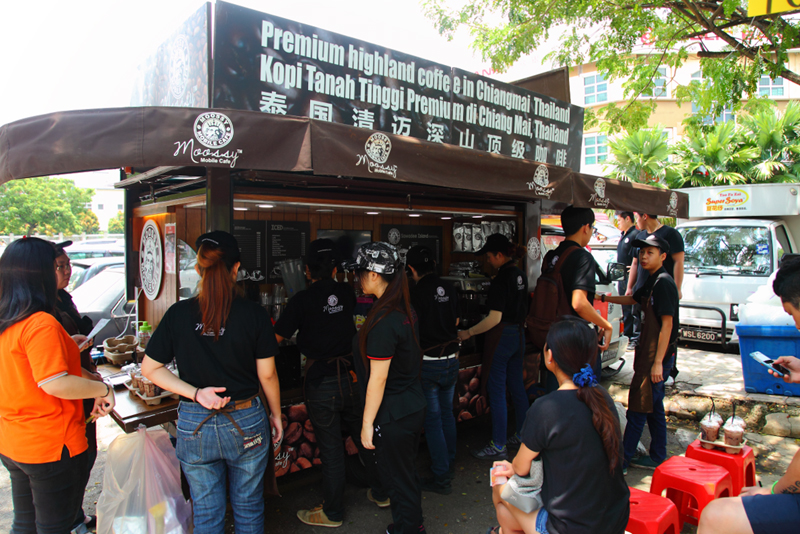 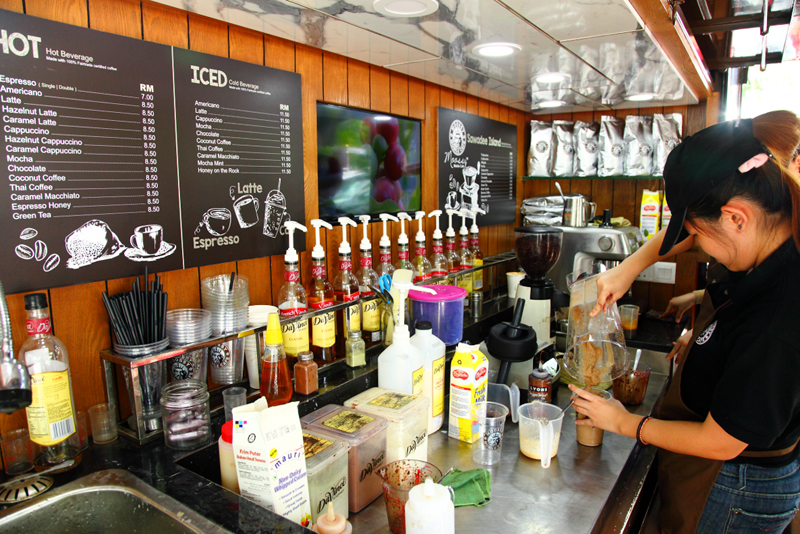 The truck itself is well equipped with everything they need for to run a mobile cafe business. It has an espresso machine, grinder, refrigerator and sink to clean up after every order. Coffee is available in the usual hot, cold and ice blended with price ranging from RM7 to RM13.50.
I feel the price is alright considering it’s slightly cheaper than what you get at the normal coffee places. In fact, I think it’s only fair that they are cheaper because they do not offer WiFi, air-conditioning and a proper sit-down environment you’d get at any cafe. 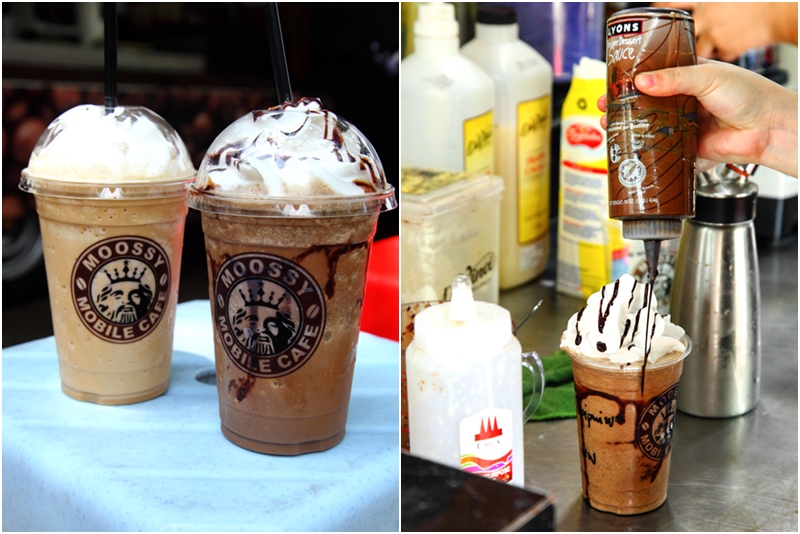 Both drinks we had were recommended by the staff so I guess these are the signatures from the Sawadee Island coffee menu. A couple of plastic stools are set up to provide a makeshift waiting area so you could watch how your coffee is prepared white taking a seat. Even though it was an extremely hot afternoon, the heat was bearable thanks to the natural shade provided by the big tree. 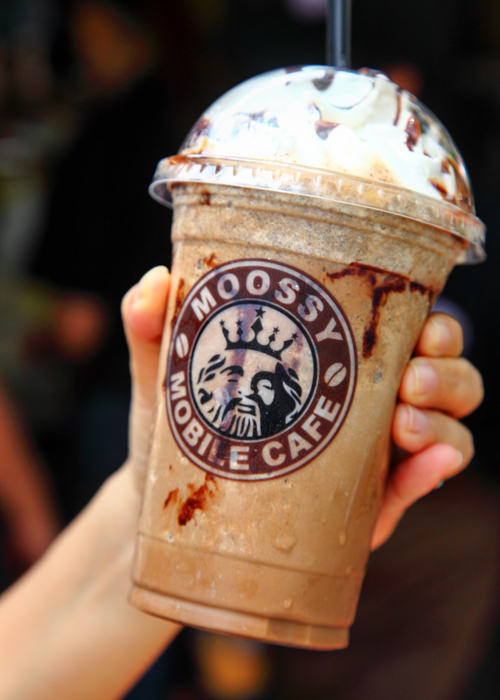 The Thaipuccino @ RM13.50 is the most expensive drink on the menu. It’s a Thai-style ice blended cappuccino which tasted more like a mocha due to the added chocolate syrup.
Compared to the normal Starbucks’ and other similar chains’ ice blended coffee, I think this is a notch better in terms of the texture, as it’s really smooth without any ice bits. Taste wise I feel it’s subjective but just FYI, this comes already sweetened so do let them know if you wanted otherwise. 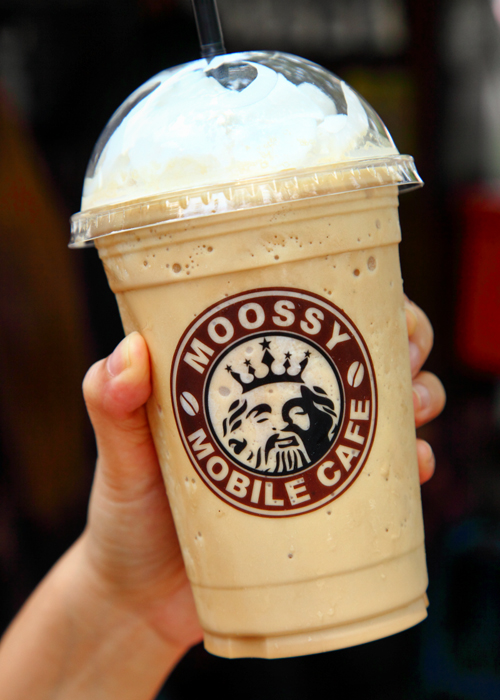 The other ice blended coffee we had was the Coolpuccino @ RM12.50 that had coconut mixed in. The resulting taste is evidently not as rich nor strong as the Thaipuccino with an underlying coolness to it, which I think is attributed to the addition of coconut. If you like something soothing, this could be more suitable. 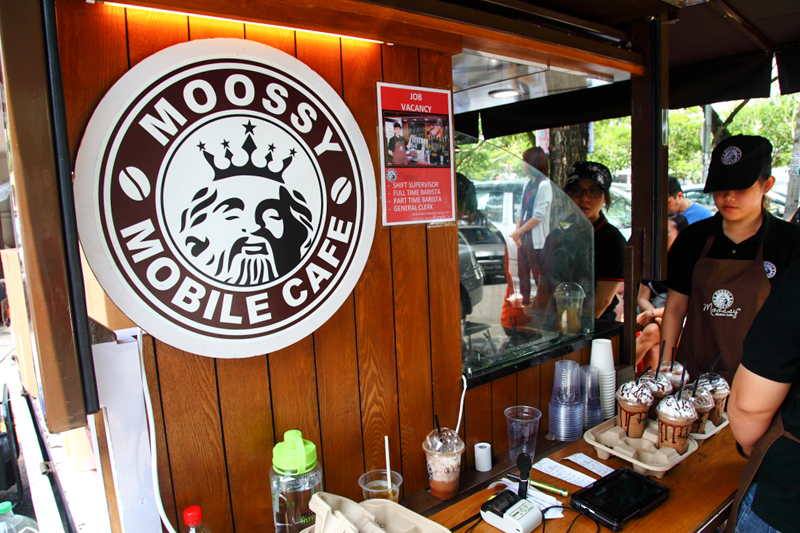 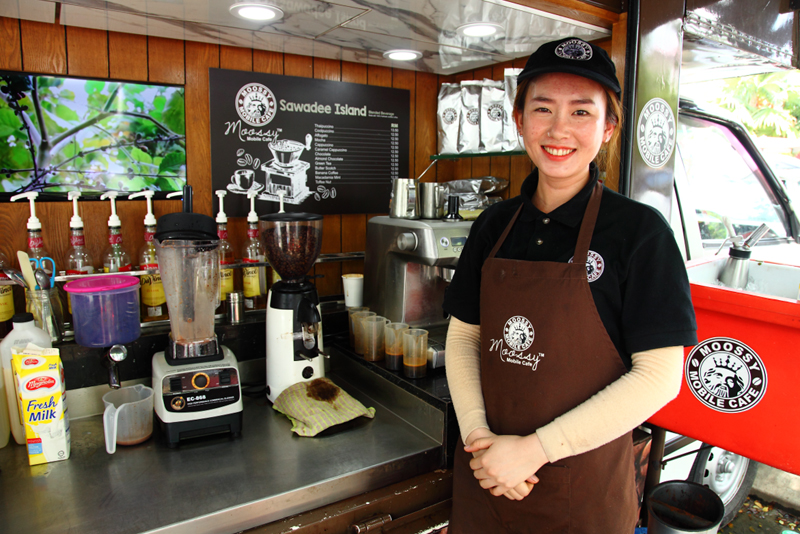 If you happen to be nearby for lunch or do your banking, I definitely recommend popping in just to check them out because their coffee’s pretty good as something to sip away, or simply as something to treat yourself once in a while. But as interesting as Moossy Mobile Cafe is, it’s probably not worth a trip out your way for.
As I know, they are expanding their trucks aggressively (they already have 10 trucks in JB) so I am sure it’s only a matter of time when one of them appear in your neighbourhood soon.