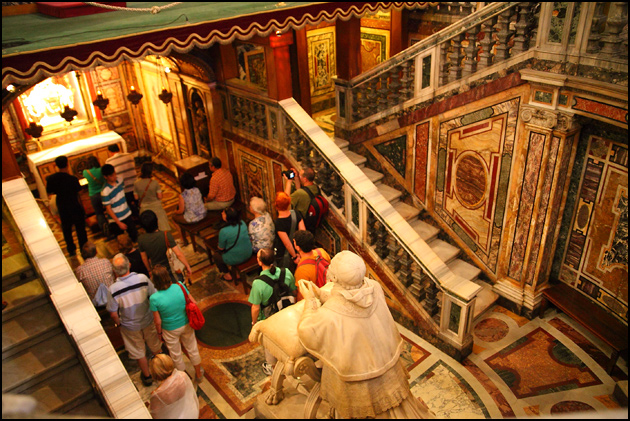 Below the sanctuary of the basilica is the Crypt of the Nativity, which is a burial place for prominent Catholics. 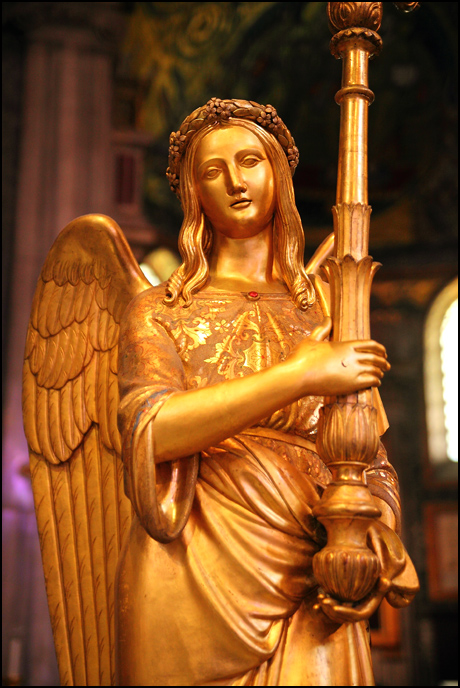 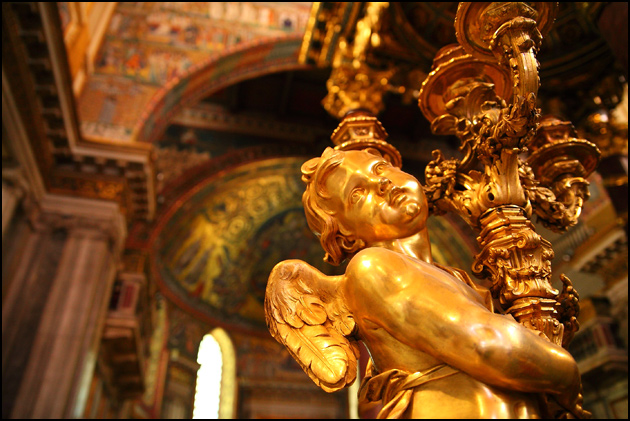 Some golden angels found in the Basilica. 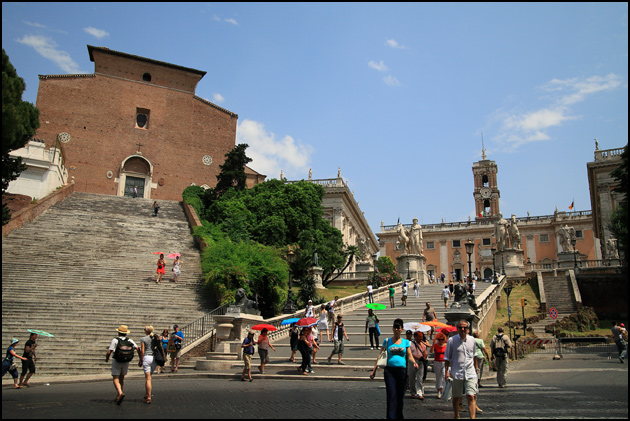 Remember that Roma Pass? After visiting the Colosseum we still had one use for another museum, which we eventually spent on the Musei Capitolini (Capitoline Museum) – the world’s first public museum of ancient art. The museum is actually just next to the Vittorio Emanuele II monument. 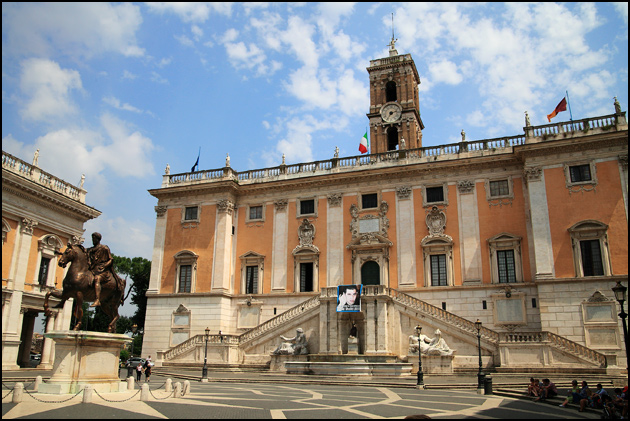 The museums are actually contained in three palazzi surrounding a central piazza, a plan by Michaelangelo that was executed over a span of 400 years. At the center of the piazza is the Equestrian Statue of Marcus Aurelius, a Roman Emperor. 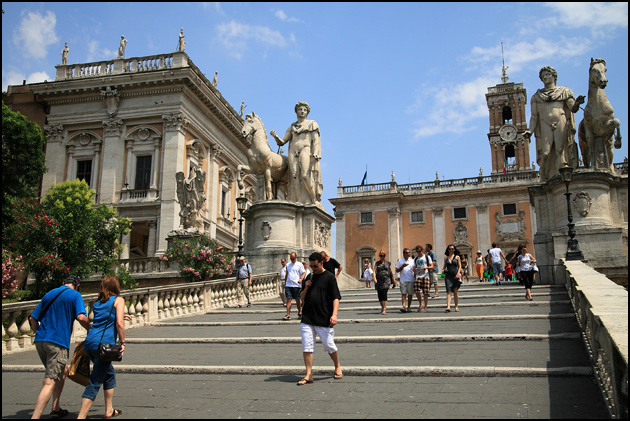 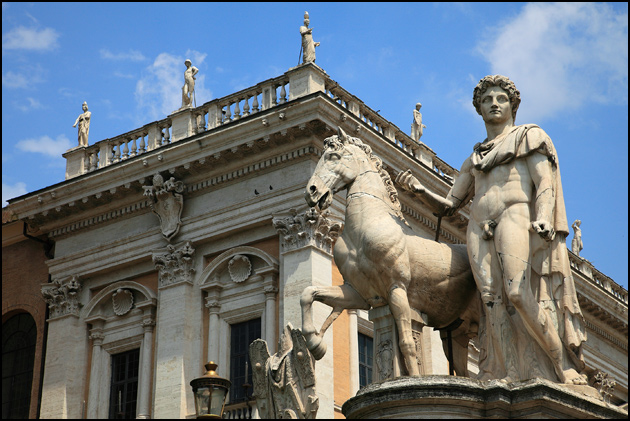 Statues placed along the stairway leading to the museum. 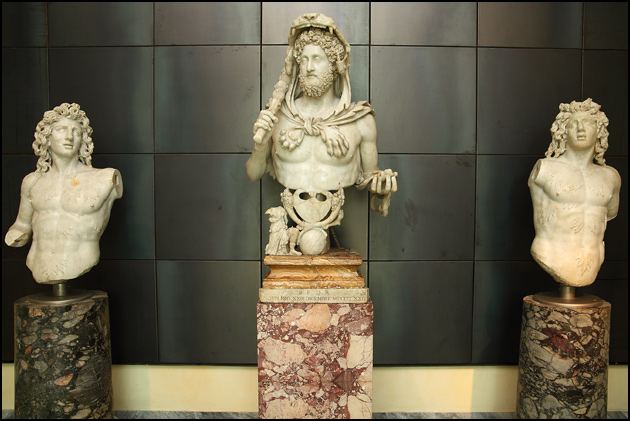 Ancient sculptures mostly Roman but also including those of Greek and Egyptian found at the 2nd floor. 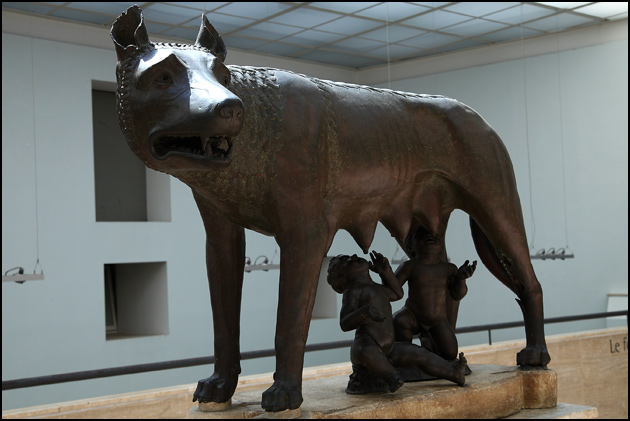 A public open space at the same level houses famous works, like the bronze she-wolf nursing Romulus and Remus. 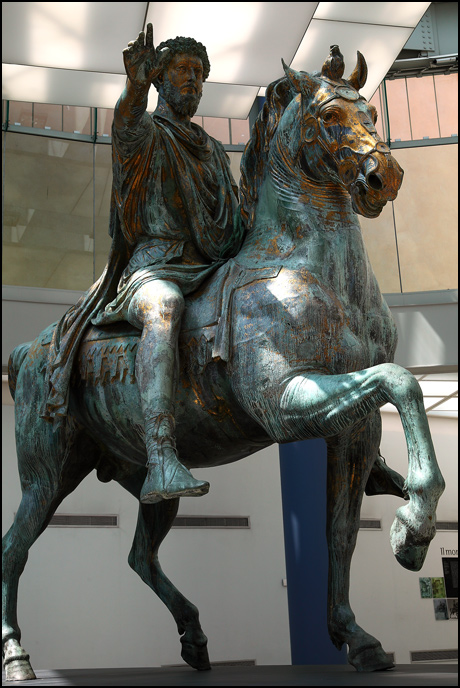 The Equestrian Statue of Marcus Aurelius. 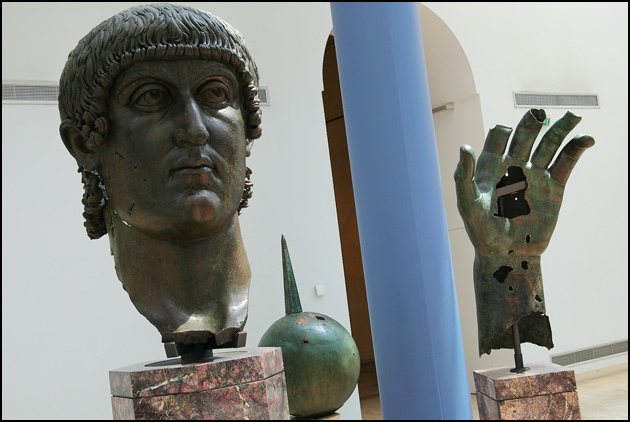 A bronze of Constantine I and the hand, he was the first Christian Roman Emperor. 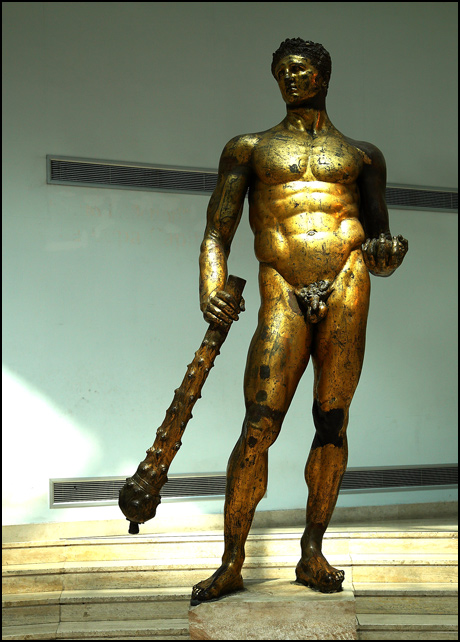 A bronze statue of Hercules can be seen here too. 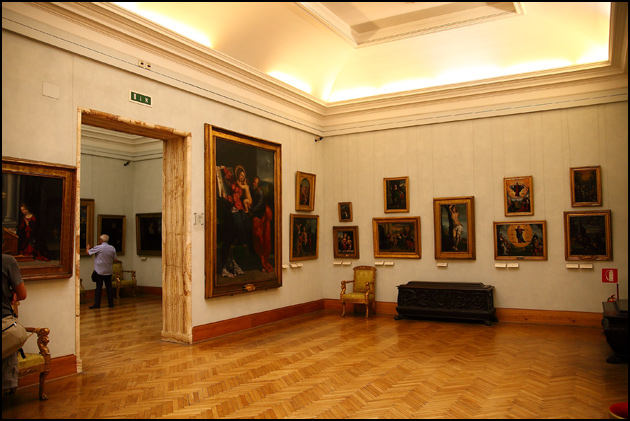 The Capitonlie Art Gallery at the 3rd floor of Palazzo dei Conservatori houses the museums’ paintings and applied art galleries. Becareful not to get too close to the paintings, as they are protected by sensors that will set off the alarm even with the slightest touch. 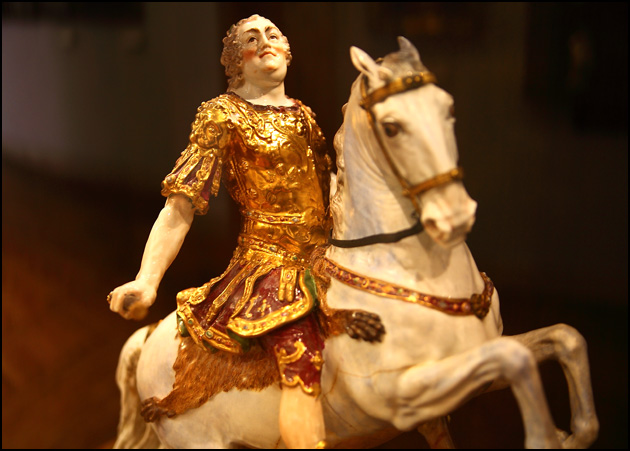 A cute looking equestrian, one of the many objects exhibited in the museums. 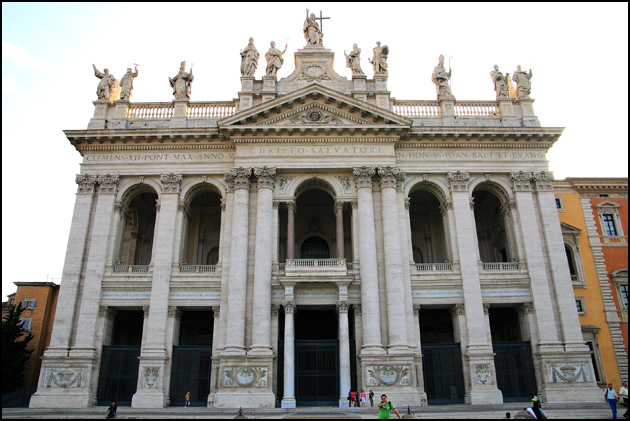 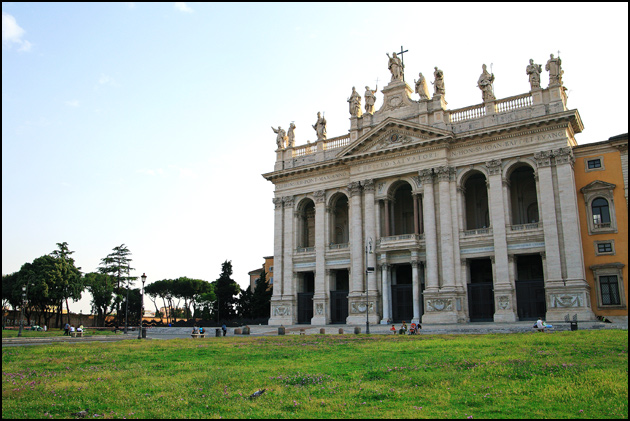 Of the many churches we visited in Rome, the Basilica of St. John Lateran is on the top of my list after Vatican City’s St. Peter Basilica. Despite being located in Rome, it has been granted a special extraterritorial status as a property of the Holy See.
The cathedral is the oldest and ranks first among the four major Basilicas of Rome (meaning it is the head church in the world) and this was actually the reason we went to see it despite its far location from the city center. 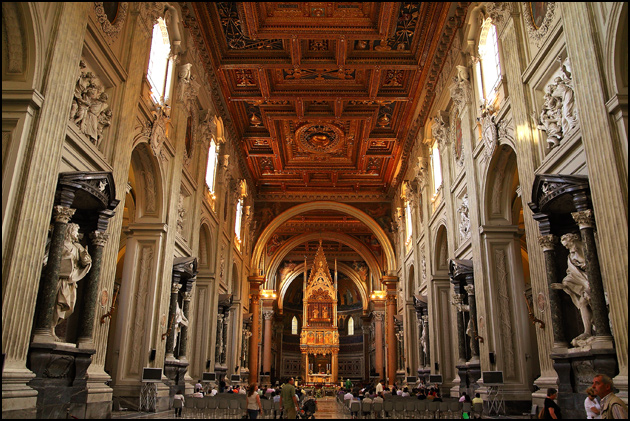 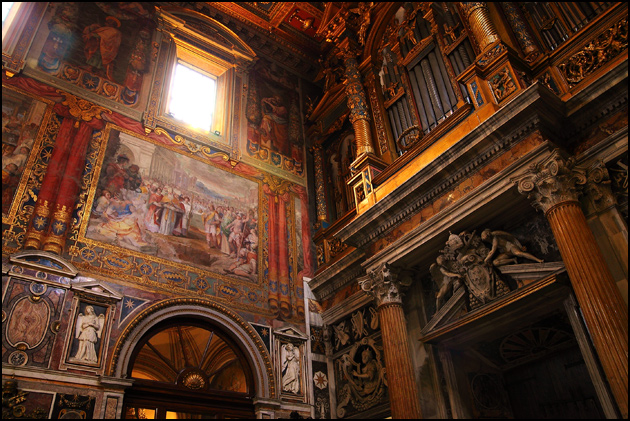 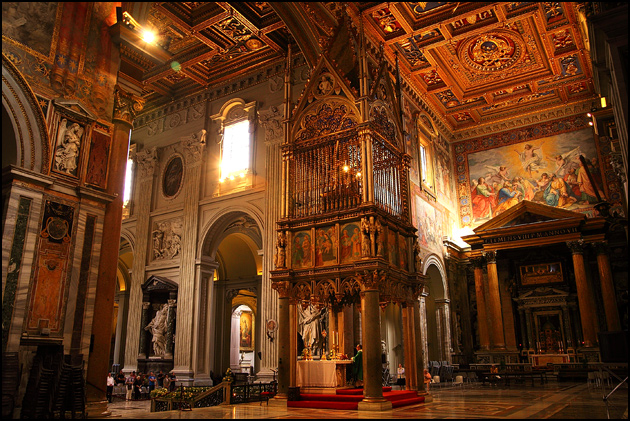 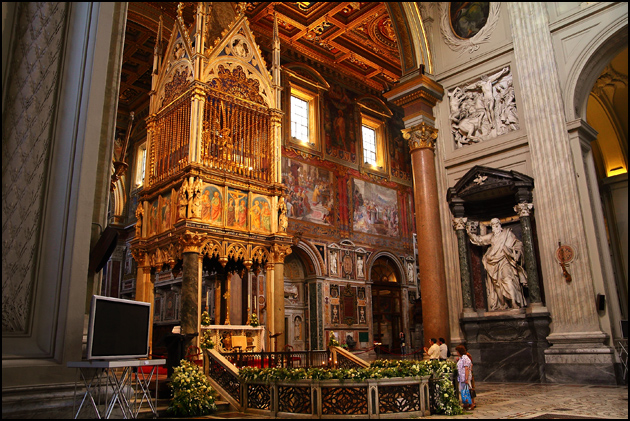 The nave of San Giovanni is decorated by larger-than-life Twelve Apostles, completed by some of the most prominent baroque sculpturs in Rome. This design was indeed unique, and the ceiling is a marvel to admire. To get here, simply take the metro to San Giovanni station. 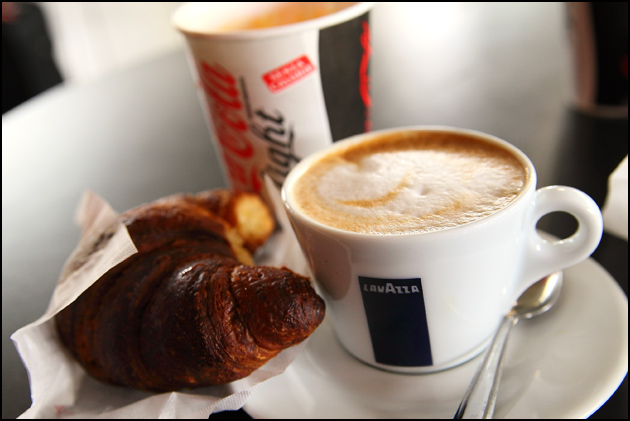 Visiting the St. John Lateral Basilica was the last item on our Rome’s itinerary, before we took a flight to Venice. The croissant was our quick lunch at the airport. But I won’t be blogging about Venice next, as you might have noticed that I didn’t mention anything about Vatican City.
Seeing that Vatican City is a sovereign city-state, I thought of making a separate entry for it. In conclusion, Rome is no doubt the best city we visited in Italy, making Milan, Florence and Venice pale so much in comparison.