After more than a decade later, Outback Steakhouse opened their second Malaysian outlet at Nu Sentral Mall. Their flagship store was first opened at Bukit Bintang Park in 2001 and I am pretty sure those of you who had frequented Lowyat or Sungei Wang Plaza would have noticed it before. Despite its Australian theme, Outback Steakhouse is actually an American steakhouse chain, and in fact the largest in the world.
If you are somewhat familiar with American appetizers you might have heard of a dish called Blooming Onion. It is an impressive, flower shaped appetizer consisting of deep-fried onion cuts, created and popularized by none other than Outback Steakhouse. But since the vidalia onion used to make Blooming Onion is rare in Malaysia, the dish is modified and renamed to Typhoon Onion instead. 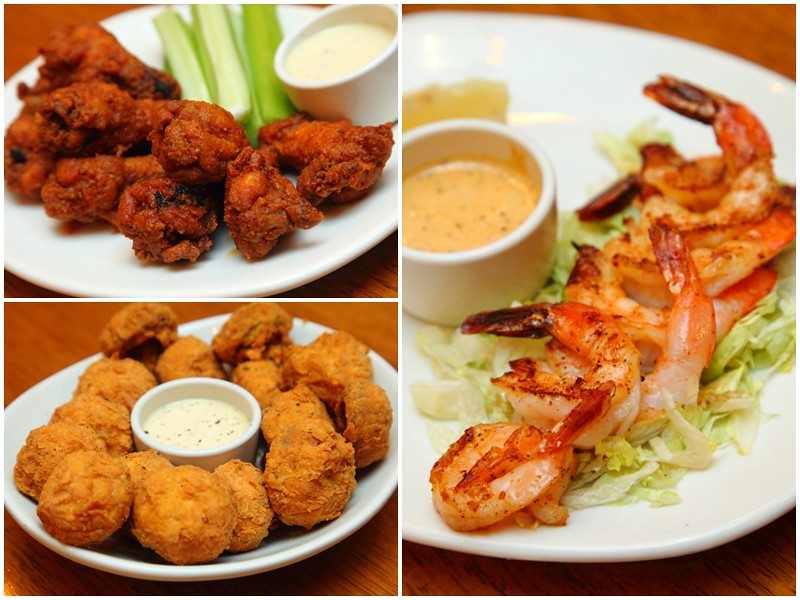 There is no lack of appetizers at Outback Steakhouse. The best sellers here are the Kookaburra Wings (top left) @ RM22.95 and Crispy Fried Mushrooms (bottom left) @ RM24.95.
The wings come in mild, medium or hot and are paired with creamy Blue Cheese dressing and crunchy celery. As for the fried mushrooms, I thought it was delicious and exceeded my expectations. They were crisp on the outside yet juicy inside. However, this dish must be enjoyed quick while they are still hot before the steam turns them soggy.
The next appetizer was seafood based and it sports a quirky name – Grilled Shrimp on the Barbie @ RM24.95. If you are wondering, the word ‘barbie’ here is actually an Australian slang for barbecue. The shrimps were fresh, sweet and served with a tangy and slightly spicy remoulade sauce. 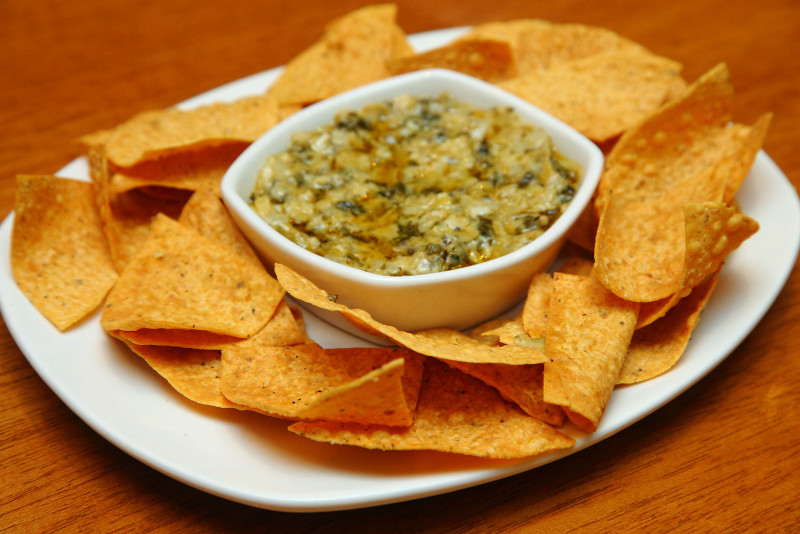 The Spinach Artichoke Dip @ RM27.95 was a crowd pleaser. The dip was seriously good with tortilla chips and proved quite difficult to stop eating. 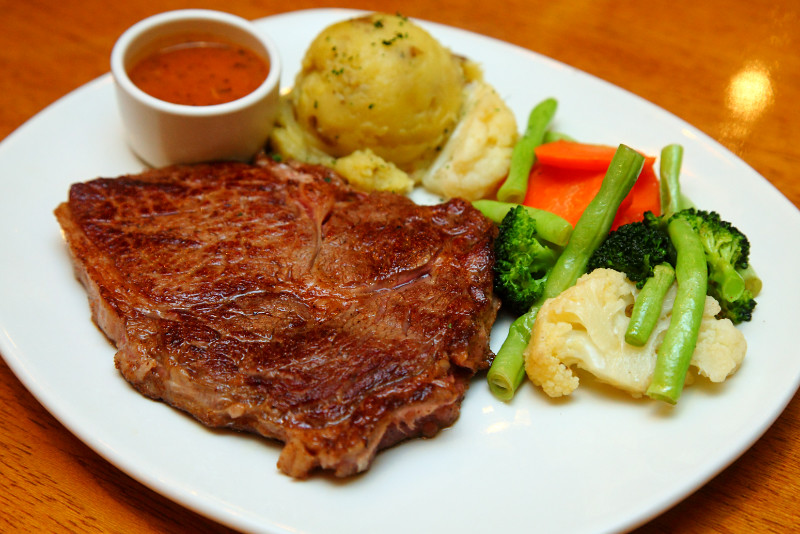 You could expect generous portions of steak at Outback Steakhouse, all seasoned with their secret 17-spice blend and served with sauces that are made fresh from scratch daily. Only USDA approved grain fed beef is used for the steaks and all of them were dry-aged for at least 21 days before going on the grill. The 8 oz (~230gm) Ribeye @ RM54.95 was well-marbled, juicy and certainly impressed with its larger than usual cut. 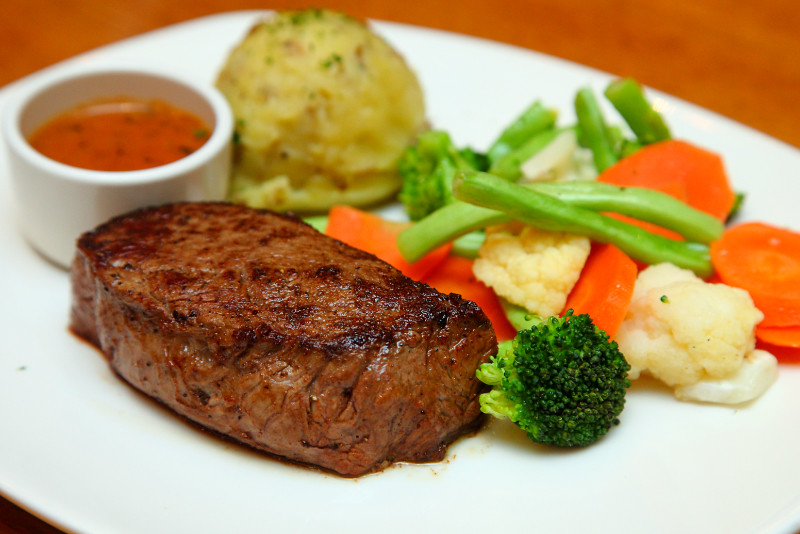 At almost 2 inches thick, the Outback Special (8 oz, RM49.95) steak was also impressive. Being a sirloin, it was leaner than the ribeye but still holds a lot of flavour. 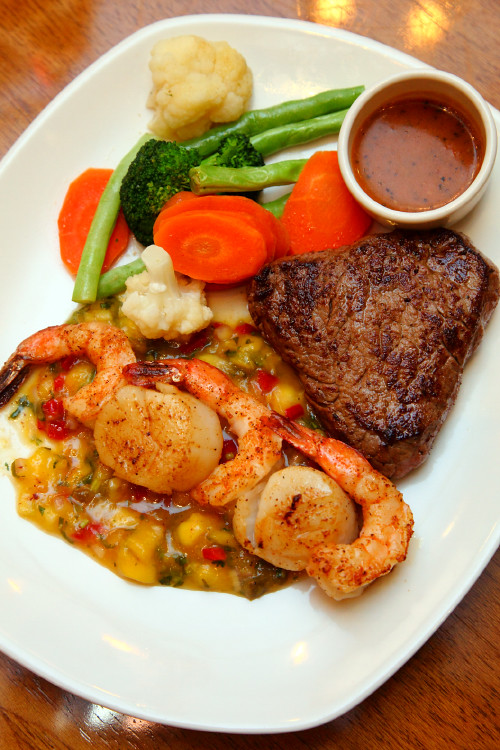 If you like Surf and Turf, check out the steak and seafood mixed grill @ RM59.95 from the combo menu. This east-meets-west dish comes with a 6 oz sirloin paired along with seared shrimps and large, succulent scallops on a bed of diced mango salsa. Everything tasted great, especially the appetizing mango salsa which was truly quite amazing. 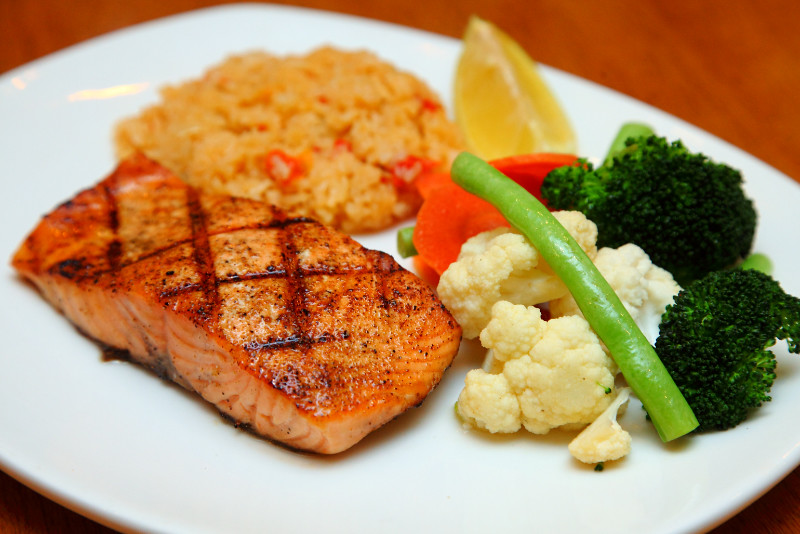 Grilled Norwegian Salmon on rice pilaf @ RM39.95 – good, simple and done right. There was simply nothing we could complain about this well prepared fish. 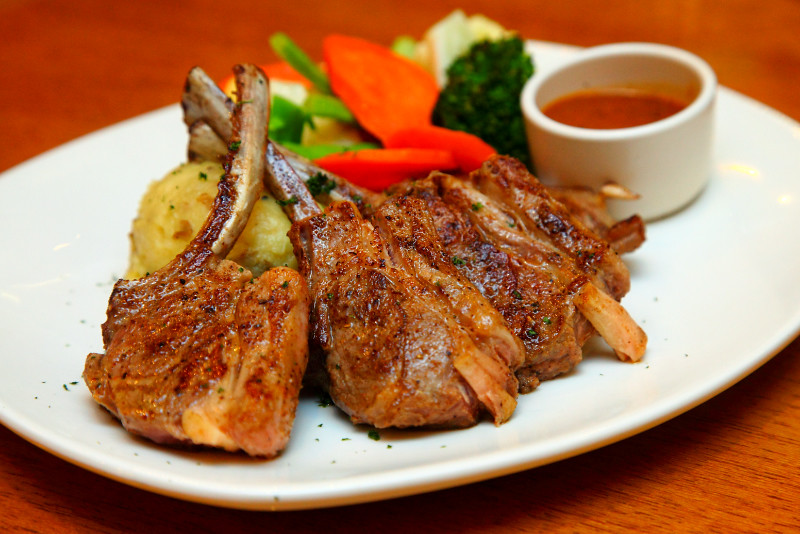 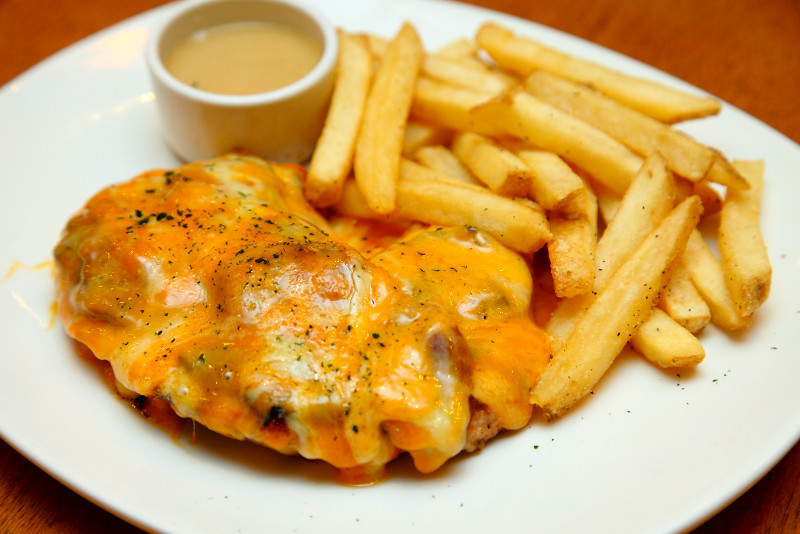 There are only a few chicken dishes on the menu but the flame grilled Alice Springs Chicken @ RM35.95 came highly recommended by the management. Well, I could see why. As someone who do not really like chicken breast, this tasted surprisingly good for me much due to the creamy melted cheese topping. 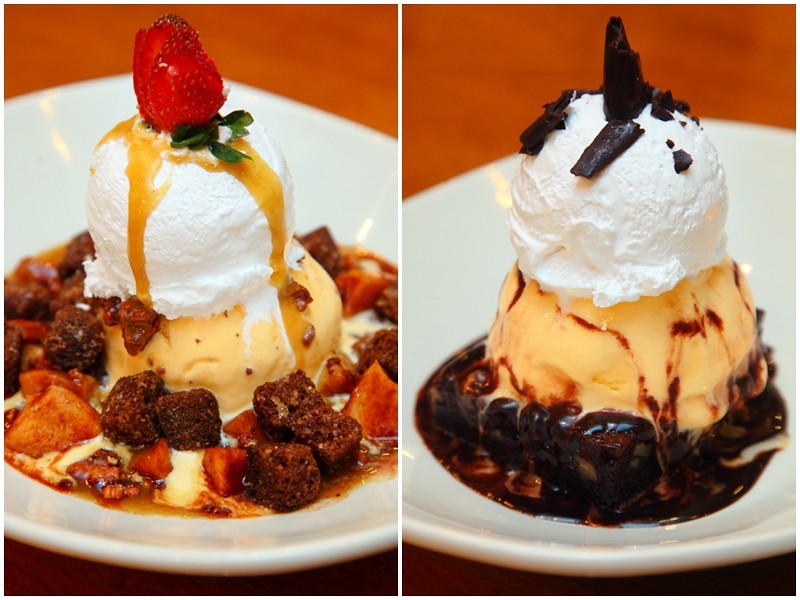 As for desserts, you will not go wrong with the irresistible Chocolate Thunder from Down Under (right) @ RM19.95. This sinful looking, decadent dessert has a generous scoop of vanilla ice cream sandwiched between a freshly-baked pecan brownie and whipped cream. For those who adore chocolate, this will surely satisfy your sweet tooth.
The other dessert – Cinnamon Oblivion @ RM17.95, did not really appeal to me because I never had a thing for anything cinnamon. Would be perfect for cinnamon lovers though. 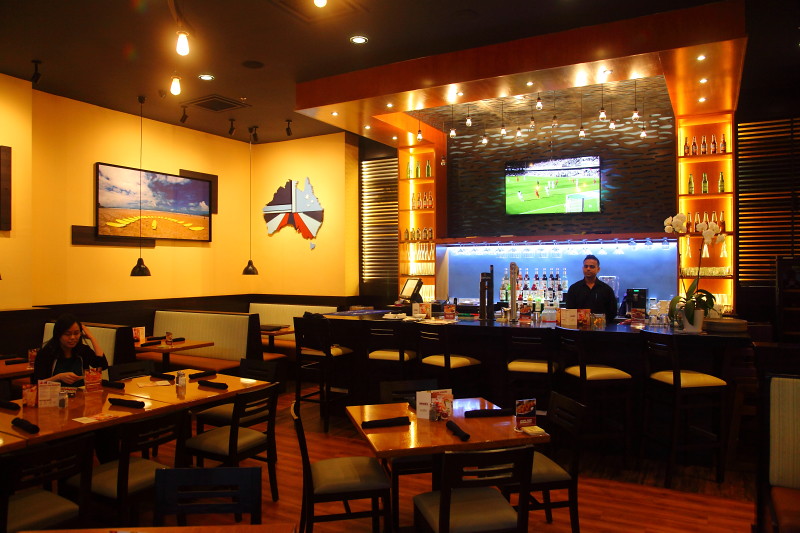 Since Outback Steakhouse has a bar that serves alcoholic drinks, the outlet is considered non-halal but absolutely pork free. A special lunch menu is available for better savings and each item starts from RM17.90. Currently, there is a free steak promotion (with every RM100 spent) that ends at the end of January 2015. So, get going already! 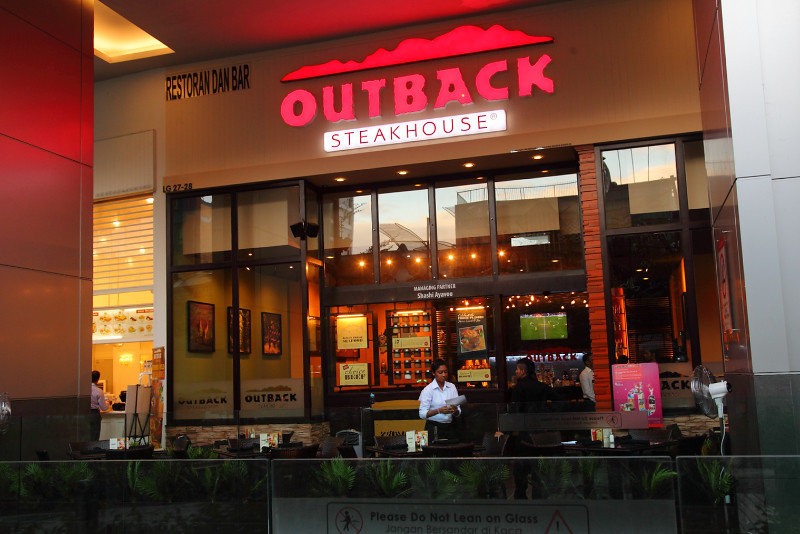