Priced at RM21 for half and RM42 for a whole roast duck, Weng Kee at Jalan Kepong Baru might be one of the cheapest roast duck stall in town. The stall has had a long history of selling roast duck in Kepong, as the business was first started by the current proprietor’s mother back in 1979. 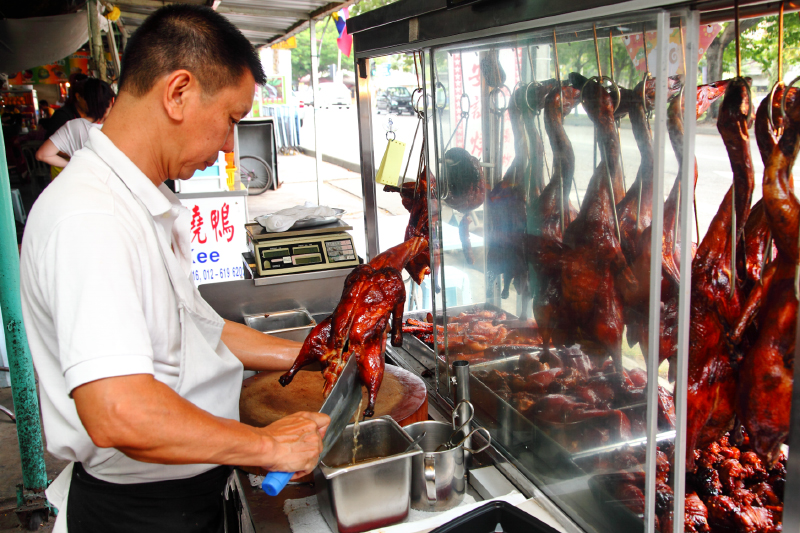 If you have been to Jalan Kepong Baru which is also known as the ‘wai sek gai’ (glutton street), you’d notice there are many roast duck stalls along this road. While the others usually start their business before lunch, Weng Kee opens at a slightly later time – around 1.30pm.
And just like Ah Keong roast duck, only takeaways area available here. Besides roast duck, Weng Kee also offers braised pork, ‘duck leg wrap’ (鸭脚包), char siew and roast sausages. 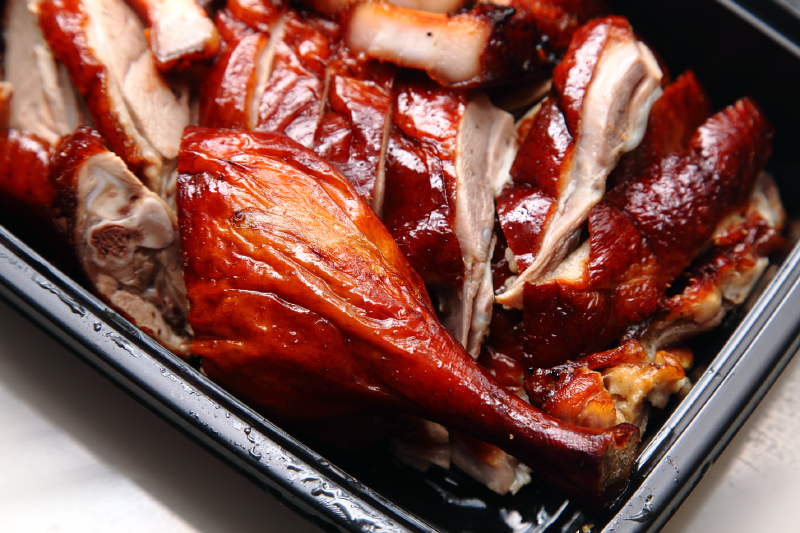 From what I was told, Weng Kee’s roast duck is mainly salt based without any infusion of Chinese herbs. If you’re a fan of herb flavoured roast duck, don’t worry because there will be four (yes, you heard me right, 4) different condiments given which includes the herbal sauce. 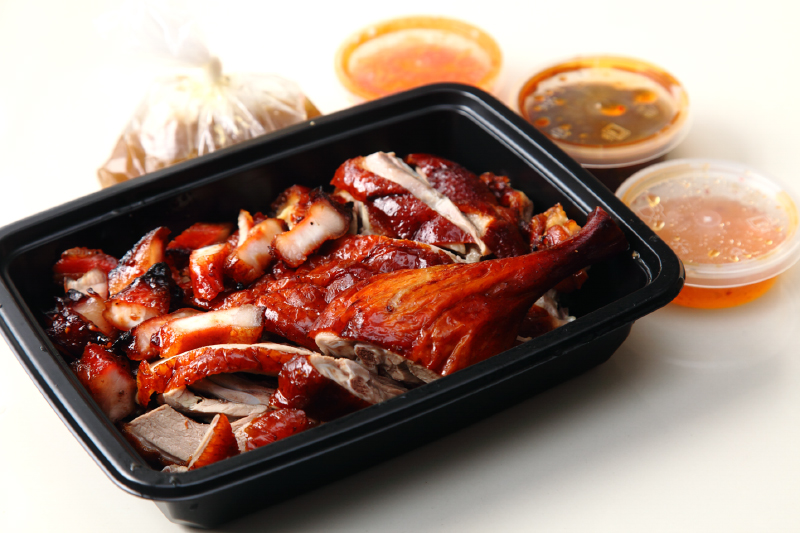 The other three are plum, sweet and chilli sauce. Among the four sauces given, the sweet one was my least favourite while the rest were pretty good. 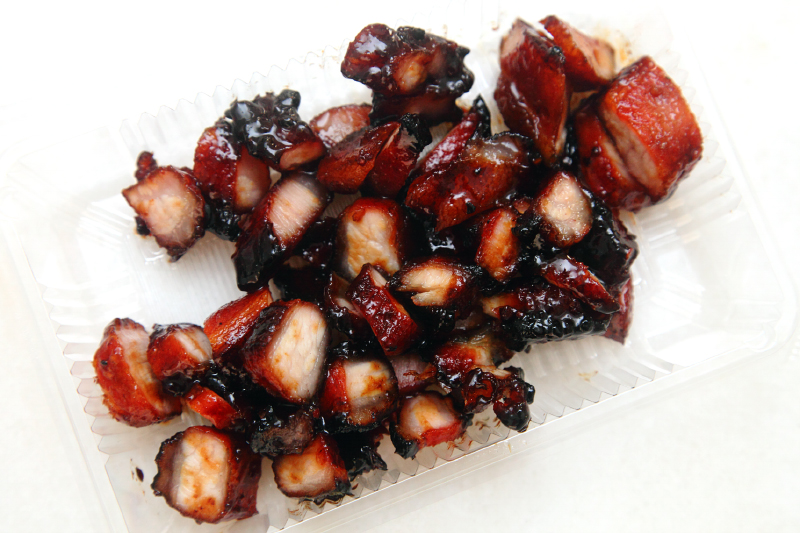 Weng Kee makes excellent char siew too. Can you believe that the amount of char siew shown above cost only RM5? That’s a steal if you ask me. Personally, I feel the texture and flavouring of the char siew were perfect. The thin strips of char siew had a balanced amount of meat and fat which gives that nice bite. The charred bits with that intense flavour were the best parts. 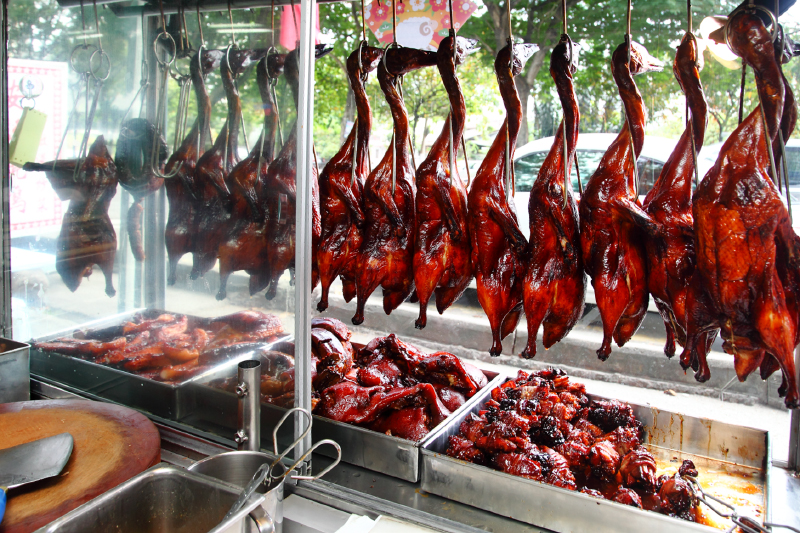 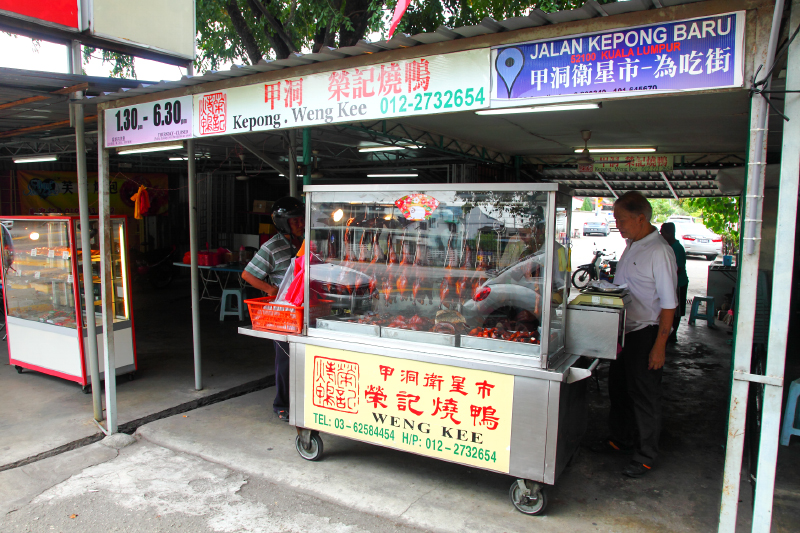 To be honest, the roast duck here probably won’t blow you away but it’s still pretty good nonetheless. I was actually more impressed by the quality of char siew here.
With so many food operators increasing their prices like nobody’s business, I am glad that Weng Kee decided to maintain the prices and not take advantage of the consumers even during festive seasons. This is exactly the type of business we should support and promote, don’t you think?

Eat December 7, 2012
ABOUT US
VKEONG.COM - Malaysia Food and Travel blog with reviews of restaurants, hawker and street food in KL, Penang, Melaka and beyond.
Contact us: vkeong@yahoo.com
FOLLOW US
© VKEONG.COM - All Rights Reserved