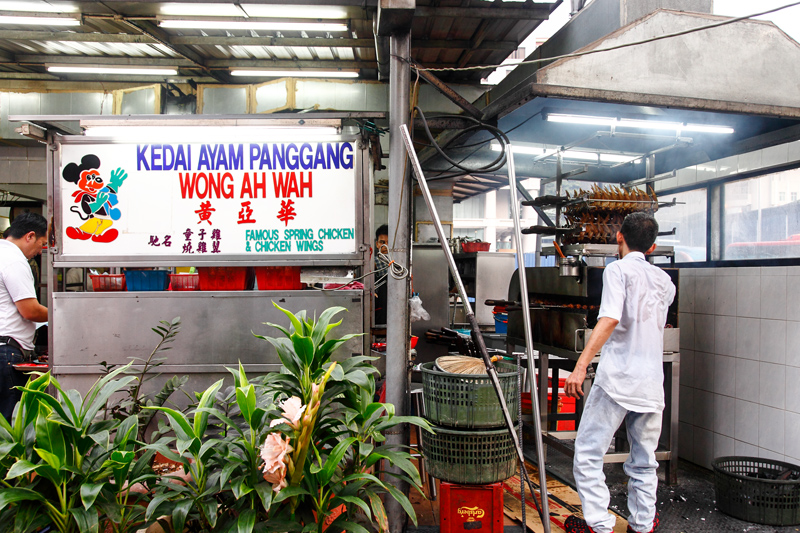 Jalan Alor is filled to the brim with various restaurants and food stalls. Among all, Wong Ah Wah stands out for their famous BBQ chicken wings – a dish loved by both tourists and locals alike.
The first time I was here was close to 10 years ago and I could vividly remember that Jalan Alor was not as happening as it is now today. Wong Ah Wah has since added another barbecue stove to meet the increasing demands for their chicken wings. 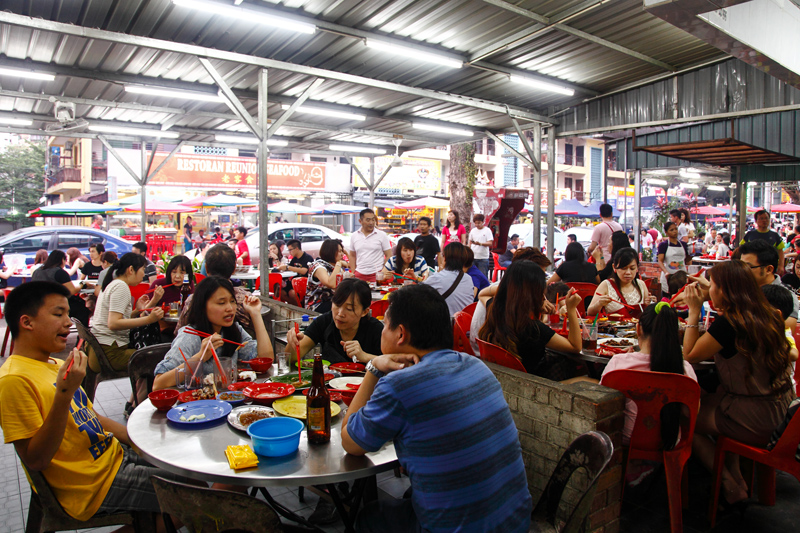 The best time to reach here is before 6.30pm when the crowd and traffic are still light and you could get a table easier. As in any tourist concentrated zone, you are given a menu with photos along with their respective prices, so everything is self-explanatory.
It saves time too because you won’t need someone to list and explain their dishes to you and that eliminates any language barrier. Service is rather efficient despite the swelling crowd and food was seen flying out of the kitchen. 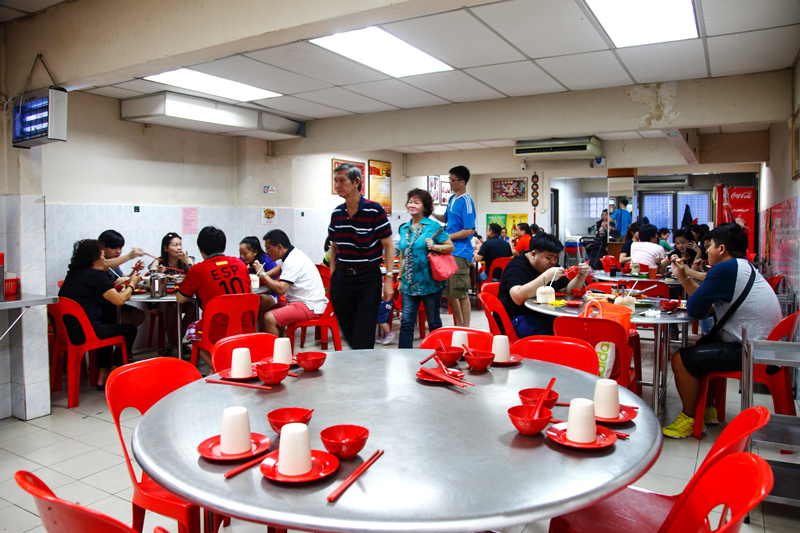 If you want to escape the heat, there’s a air conditioned section; albeit with limited tables and seats. A table for two is almost never available and this section is more often reserved for those coming in larger groups. 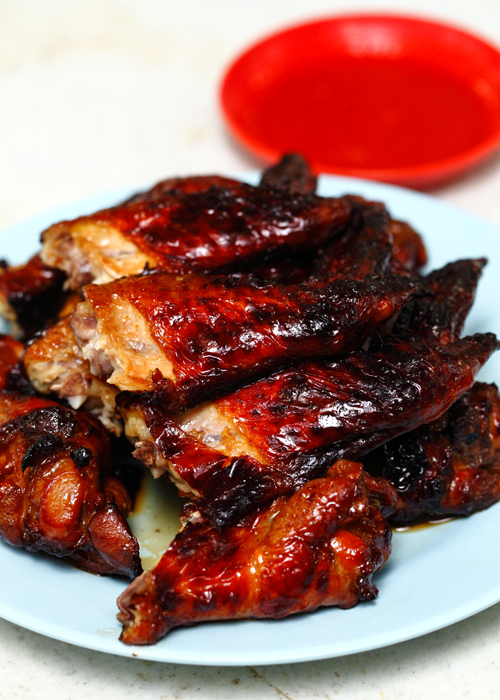 As expected, the chicken wings were the first to arrive. There’s a minimum order of two pairs (RM3.20 per pc) for the chicken wings but that shouldn’t be an issue anyway in the first place. I am sure anyone could easily finish at least two pieces by themselves effortlessly, moreover considering their deliciousness. 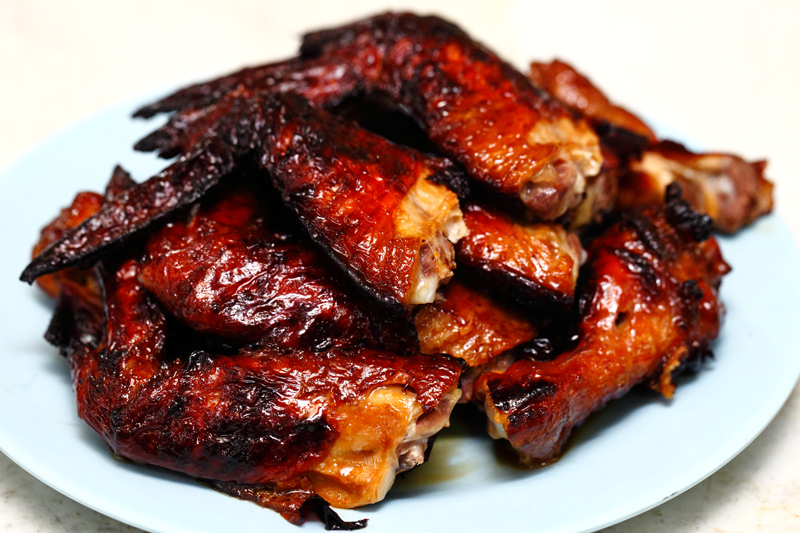 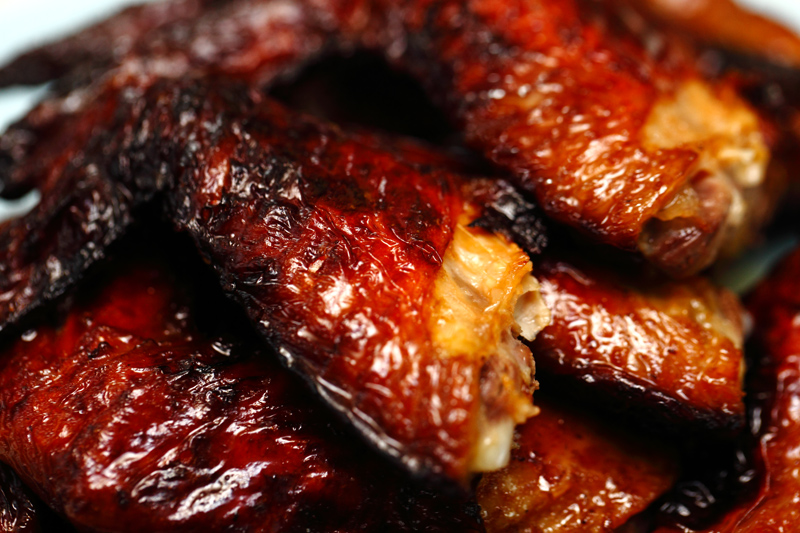 I have had my fair share of BBQ chicken wings and one quality that separates Wong Ah Wah’s from the rest is the evidently stronger-than-usual smokiness that gives it that unique flavor.
Seasoning wise it’s actually pretty mild hence it must be eaten with their well-made chili sauce for an extra kick. They basically just go hand in hand together. Personally, these are not the best wings I have ever tasted but are they good? Damn straight they are. 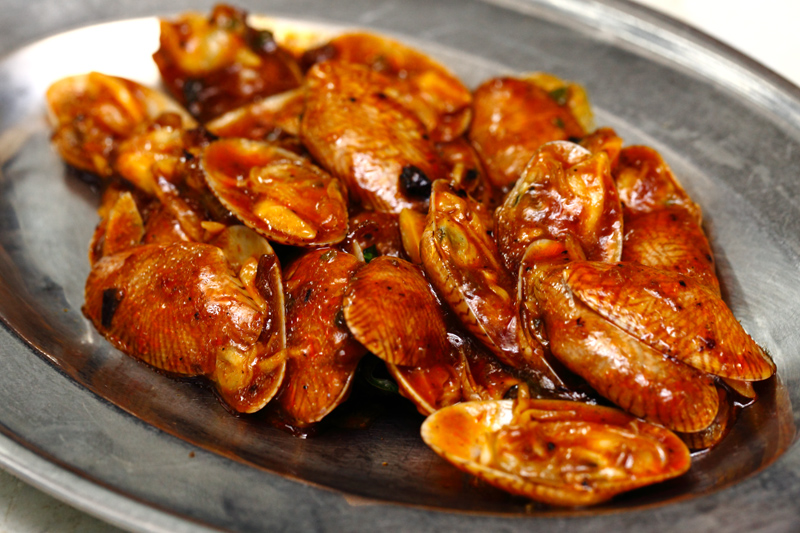 Kam Heong La La is one of the popular dish here and it totally deserves its place. The portion might look small but do keep in mind that they have removed the upper shell of the clams so you are left with only the parts that really matters – those with flesh attached.
I was also quite surprised that this cost only RM10, not exactly the type of pricing I’d expect from a restaurant right smack in the center of Bukit Bintang. 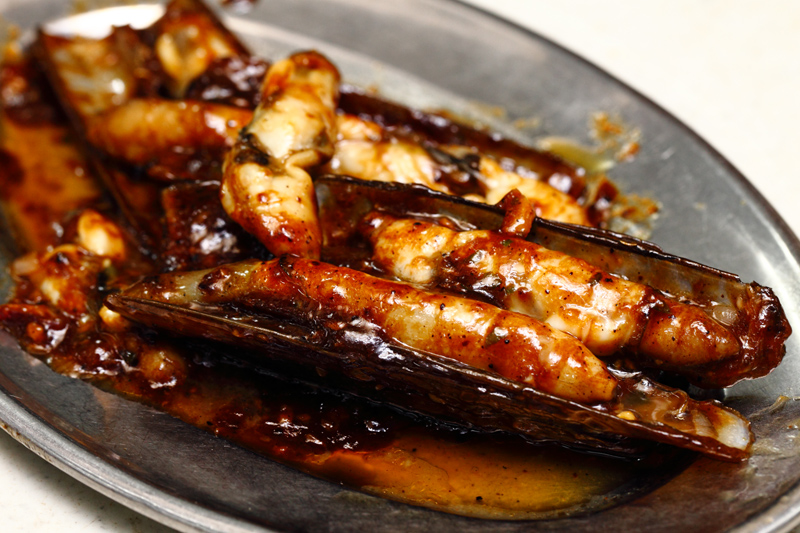 The Stir Fried Bamboo Clams @ RM12 tasted fresh and the accompanying black bean sauce was brilliantly done, there’s absolutely nothing I could complain about. 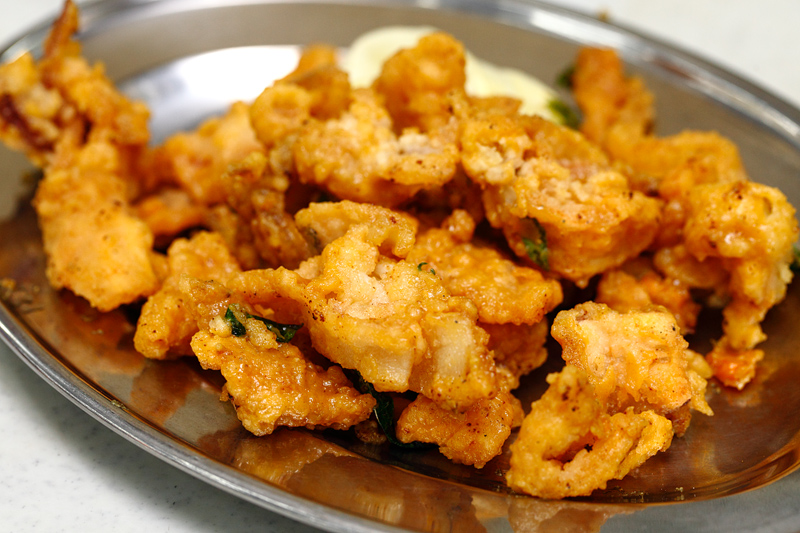 From what we observed, the Salted Egg Squids (RM16) is one of the most ordered dishes here. Unfortunately, despite the tasty coating, the squids were way too overcooked into a rubbery jaw workout. 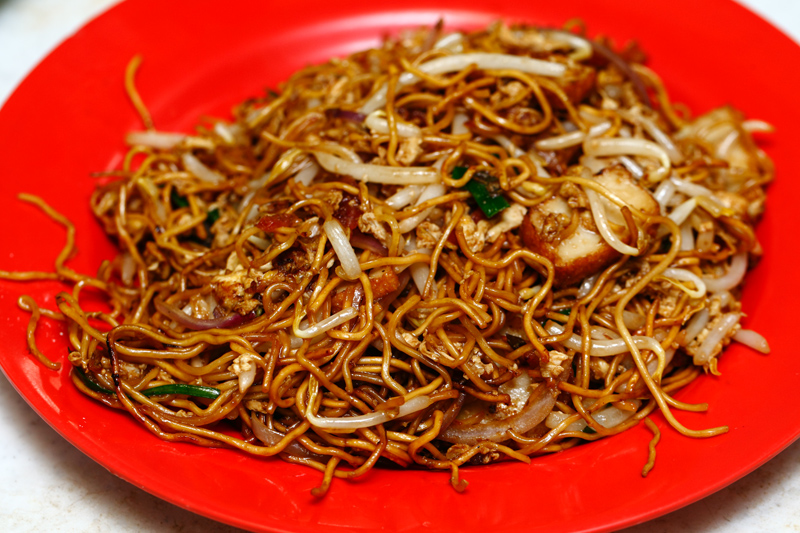 The Fried Sang Meen @ RM12 was not bad, but I honestly think it’s overpriced. In hindsight, I’d have ordered another serving of their excellent Kam Heong clams and enjoy them with white rice instead. 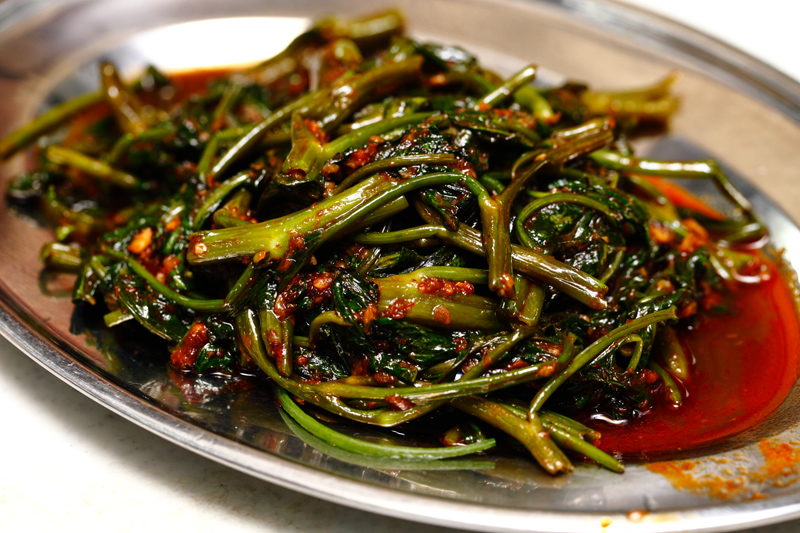 As for vegetables, we had the Kangkung Belacan @ RM13. It was below average but I don’t blame them because I had hunch it was going to turn out wrong. I should have stuck to my instincts and gotten the stir-fried brinjals with prawns instead. 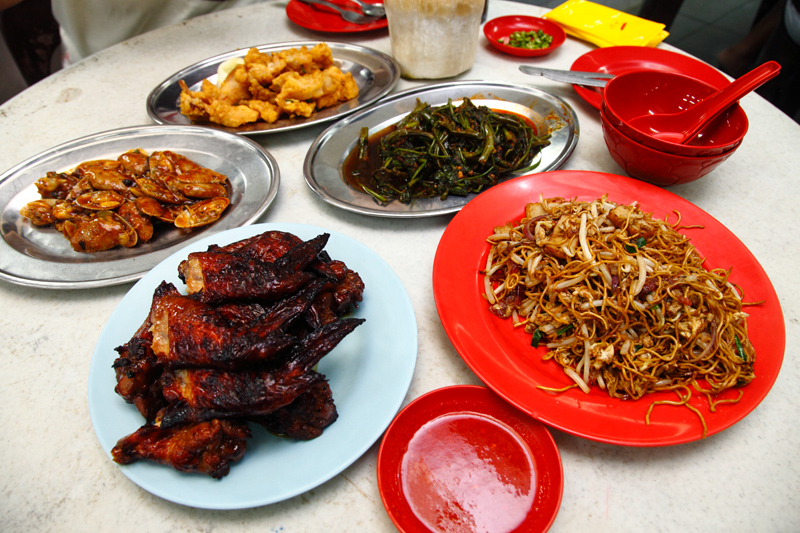 This meal came to a grand total of RM91 which is also inclusive of a coconut, a herbal drink and tissues. Considering the amount of dishes we had, I’d say it’s a fair price to pay. In terms of food satisfaction it’s a mix of hits and misses, but the latter are not terrible enough to deter a return visit. 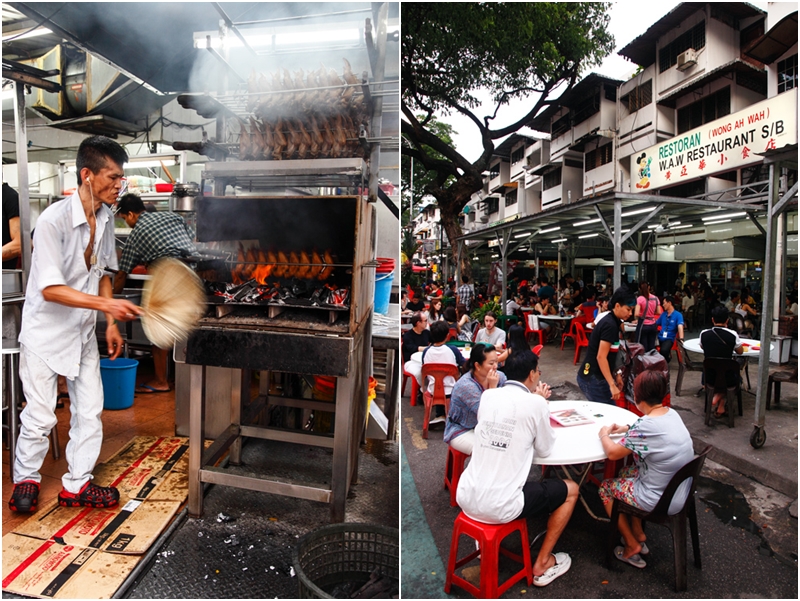 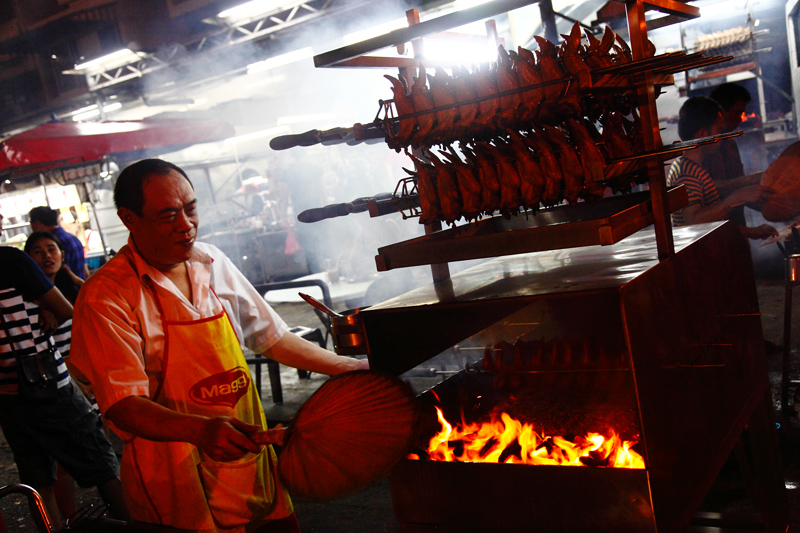