I have never attended any mooncake tasting event before, but I guess there’s a first for everything. This year, I made an exception to accept Grand Harbour restaurant’s invitation to check out their Mooncakes and Autumn Specials promotion. 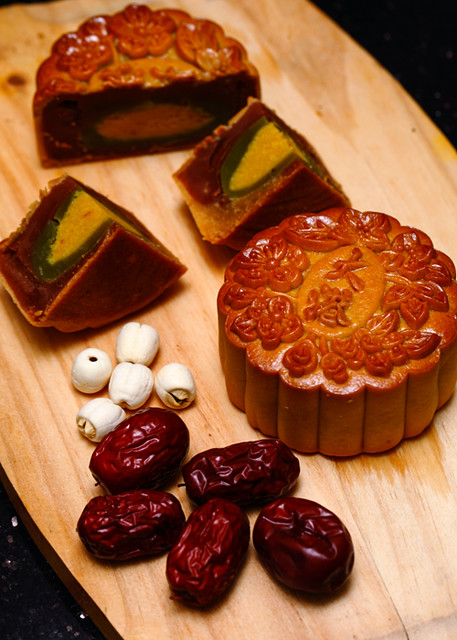 When it comes to mooncakes, Grand Harbour favors using fine traditional ingredients and let the quality speak for itself. Their latest mooncake flavor – Golden Emerald Dates is named after red date. This super fruit is also the featured ingredient in their Autumn Specials.
Priced at RM19.50/pc, this egg-less mooncake encompasses a blend of red dates lotus paste with bits of longan, pandan and custard that leads to a subtle fruity sweetness. 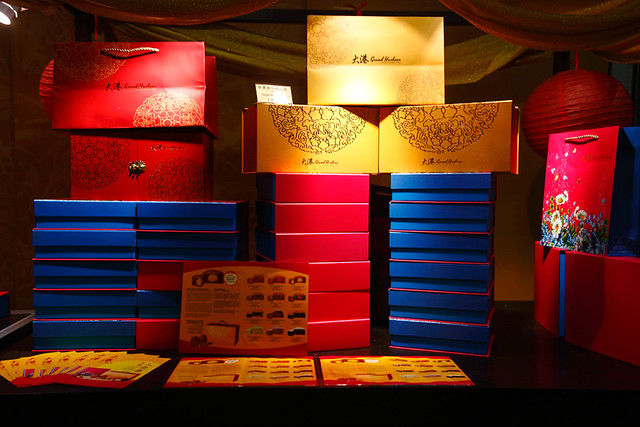 Corporate gift boxes are available and the limited edition @ RM128.80 (gold colored one, can fit 4pcs of mooncakes) is an affordable yet elegant way of showing your appreciation towards your family, friends or business associates. 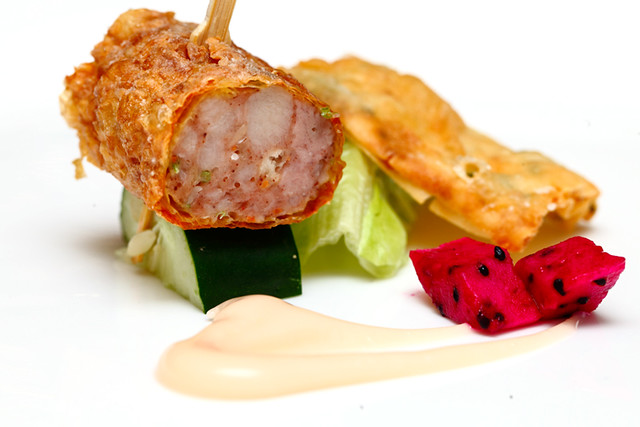 Now to the food. I kept my expectations in check and did not anticipate anything mind-blowing. Having said that, I found the Deep Fried Stuffed “Loh Bak” (RM20/roll) to be extremely satisfying. Despite the fancier than usual presentation, the loh bak tasted authentic and I am glad they paired it off with a mayo-like sauce instead of chili sauce.
Also served along is a piece of Deep Fried Spring Onion and Prawn Paste Cracker (RM4/pc, min order 6 pcs) which totally caught us by surprise. For all I knew, one piece was not enough! 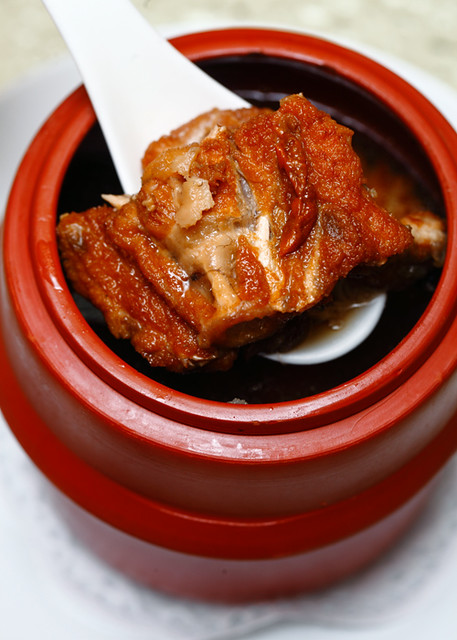 “Tian Ma” is a superior herb that’s reputed to promote health (up to you to Google it) and it’s used sparingly in the chef’s signature soup – Double Boiled “Tian Ma” Fish Head Soup. As nutritious and delicious as this soup might be, I must warn you about the amount of fish bones in it.
Personally, I thought it was a refreshing change from the usual chicken and pork soup. Definitely worth a try and it’s reasonably priced too @ RM14.80/bowl. 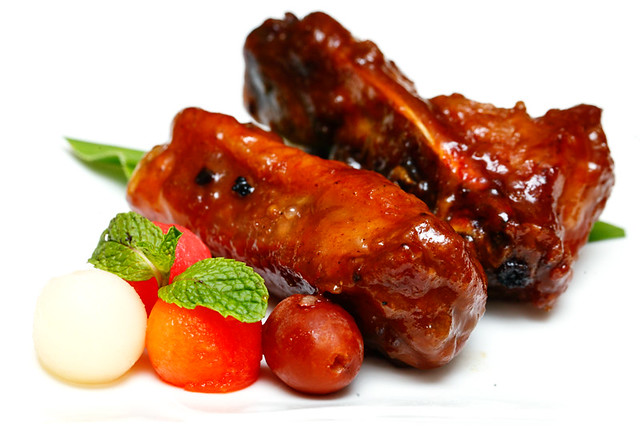 The Deep Fried Spare Ribs with Special Red Dates Sauce is part of the autumn specials menu and it’s probably the dish we enjoyed the most.
Although the spare ribs were deep fried, they were still tender. Ultimately, it was the tantalizing sauce that made the dish. The flavor was well-balanced and cleverly lifted by the Chinese haw’s appetizing sweetness. RM8 per pc, min order of 3 pcs. Highly recommended. 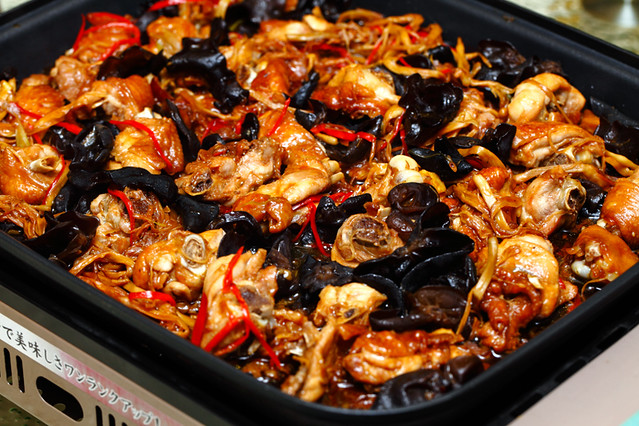 Steamd Kampung Chicken with Red Dates, Black Fungus & Shaoxing Wine is another dish available in the special menu. Execution wise I thought they did great and the dish tasted exactly as expected. Visually, though, it could and should have been a lot better. RM40 for half a chicken, RM80 for the whole. 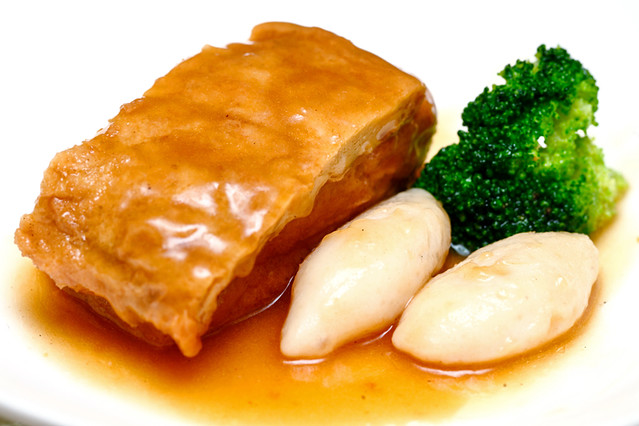 Next up, a simple Stewed Bean Curd with Fish Paste & “Tau Kan”. Savory and comforting, the rich gravy will go well with rice. 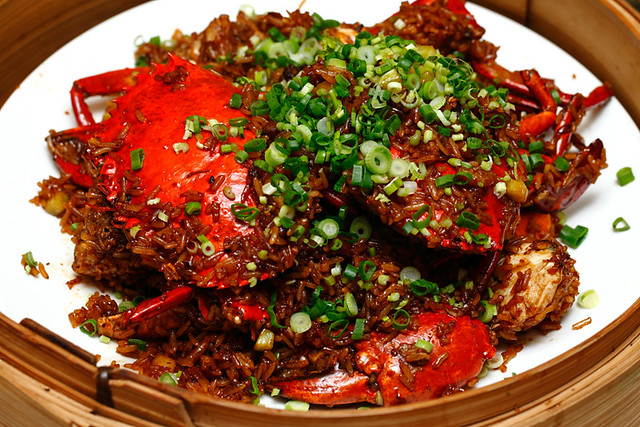 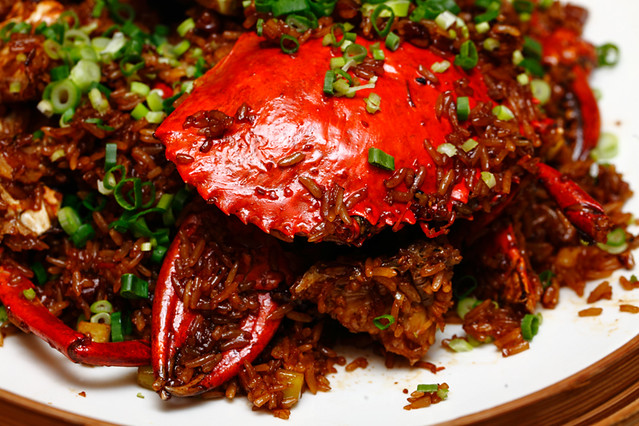 Fried Glutinous Rice with Crab (RM80/portion, advance order required) was the last dish we had. This is obviously one of the chef’s special because it’s featured prominently on the restaurant’s signboard. True to its reputation, the glutinous rice had a reasonably fluffy texture and more importantly, did not feel gluey and clumpy at all. 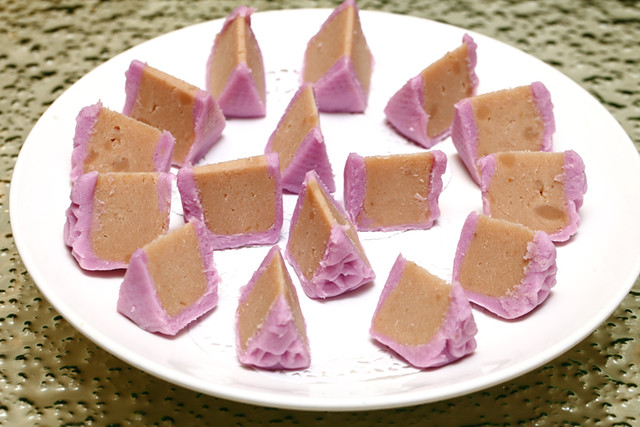 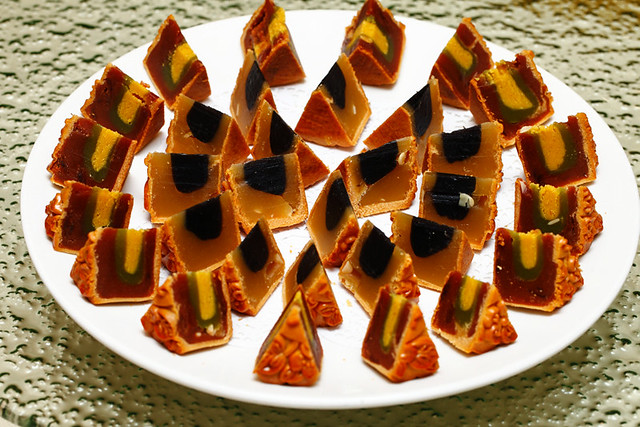 Grand Harbour’s Snow Skin Yam Paste, Black Sesame with White Lotus and Golden Emerald Dates mooncakes were served as desserts. From what I sampled, all of them are sufficiently sweet without being cloying so I was able to pop a few continuously without feeling ‘jelak’. The Autumn Specials menu will be available from 5th Aug to 15 Sep 2016. The brochures for the mooncakes are attached above, you can click on them to view the full size. 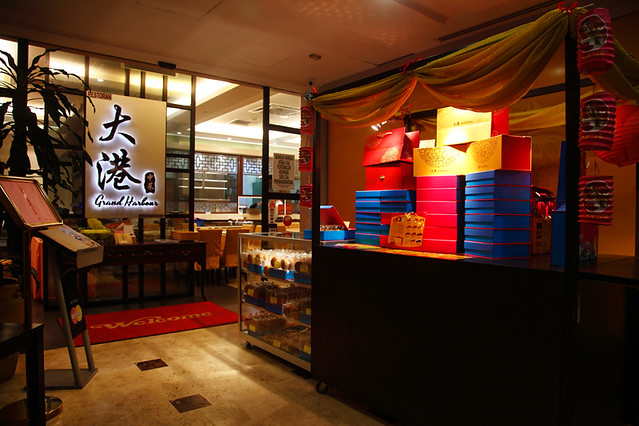 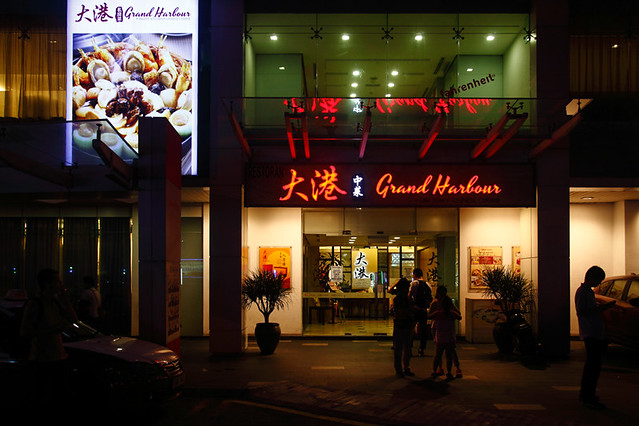 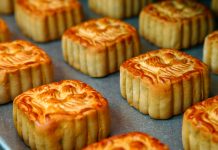