1 Malaysia Mamak (some call it Mr.Bean mamak because of the owner’s resemblance to him) is probably one of the weirdest mamak stall I have been to. It’s basically a single storey house with its living room demolished to make way for a customer seating area. The porch is used for cooking and there are some tables there as well. 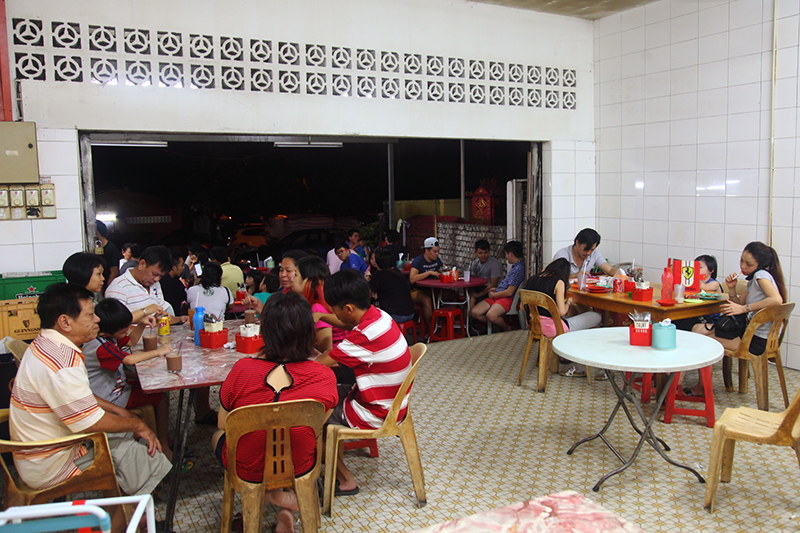 This eatery is relatively unknown outside Segambut/Jinjang (it’s a grey area) and most of the customers are people who stay nearby. There were two things that made me come here: their out of the ordinary Maggi Goreng and Roti 1 Malaysia – I kid you not that’s what they call it. 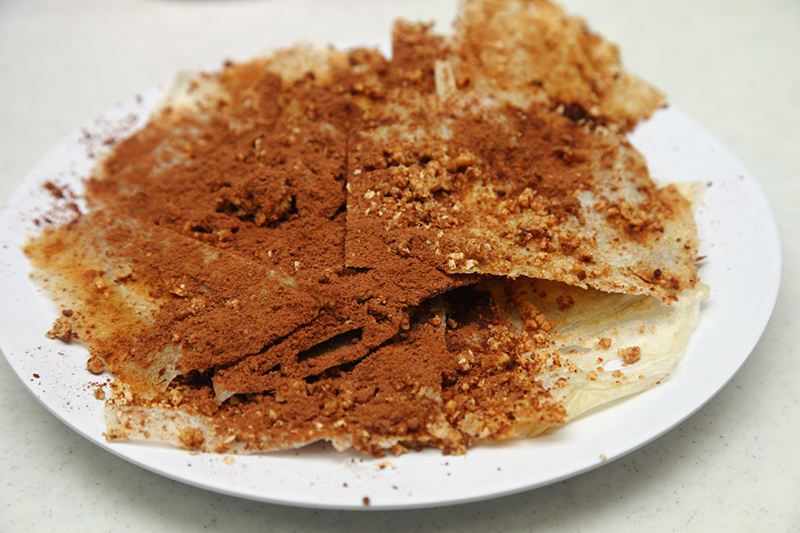 This is the Roti 1 Malaysia @ RM4 that almost every table orders – it is basically a roti tisu that has been flattened into pieces and drenched with Milo powder and crushed peanuts.
If you feel weirded out for having to utter “Roti 1 Malaysia” just mention something along the line of “roti with Milo and kacang” and they will get it. 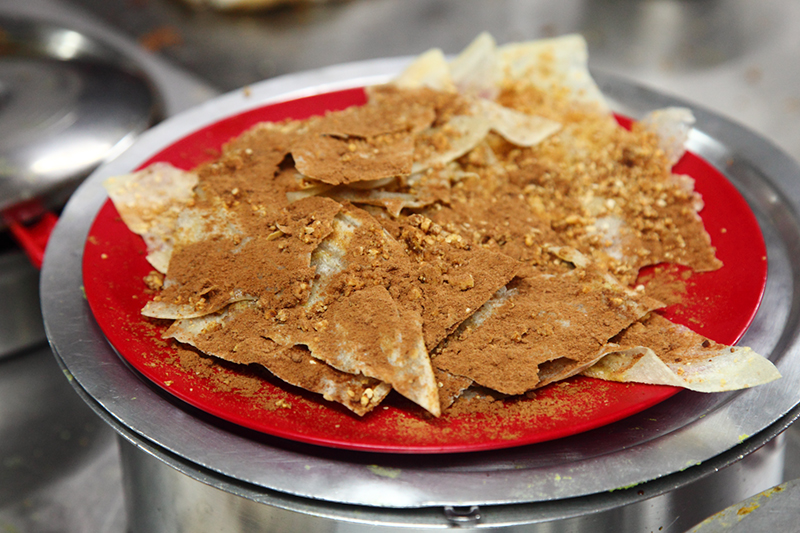 I think this roti is quite ingenious and the resulting taste is not as sweet as you might think. Plus, the roti managed to stay light and crispy throughout the meal. It felt like having a Chinese pancake (Ban Chang Kuih) that always stay crispy. 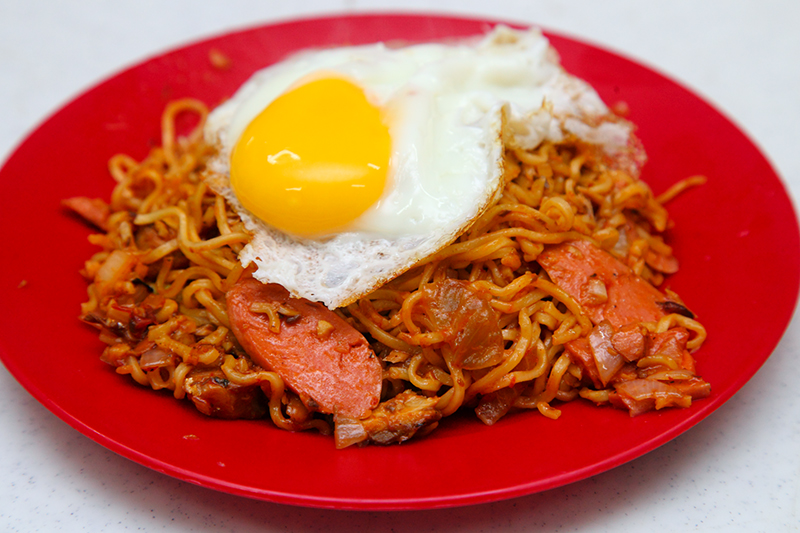 The Maggi Goreng is kinda unique in the sense that they fry it together with sliced sausages and tiny chunks of sardine fish. You could taste little to none Maggi curry seasoning in it, which could be a good or bad thing depending on your personal preference.
I thought their recipe was a refreshing change and it could be considered one of the better Maggi Goreng in town. 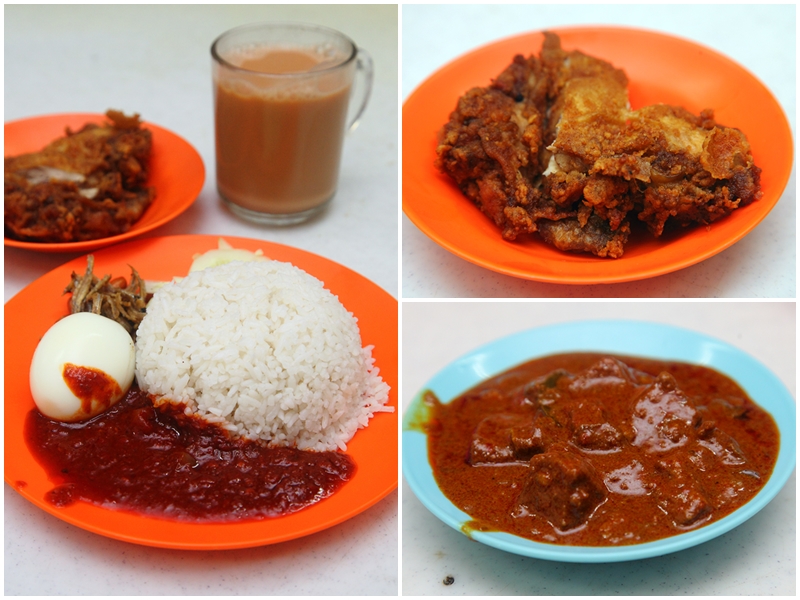 The nasi lemak itself was not bad thanks to the robust sambal that was spicy instead of being sweet. The fried chicken’s overall flavour was good but too bad it tasted way past its prime and was quite soggy. Unless they are fresh out of the wok, I’d recommend taking the mutton curry instead. 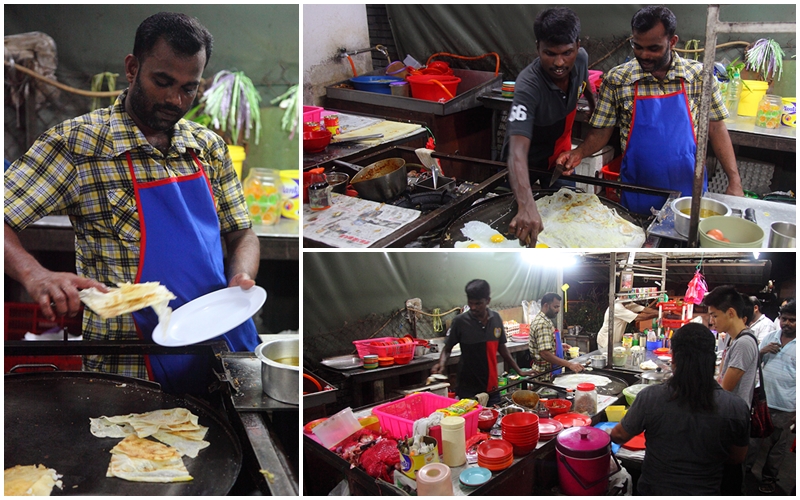 Despite their popularity and being swamped by orders the workers here were able to maintain composure and would flash friendly smiles. This is definitely a place I’d love to return again. 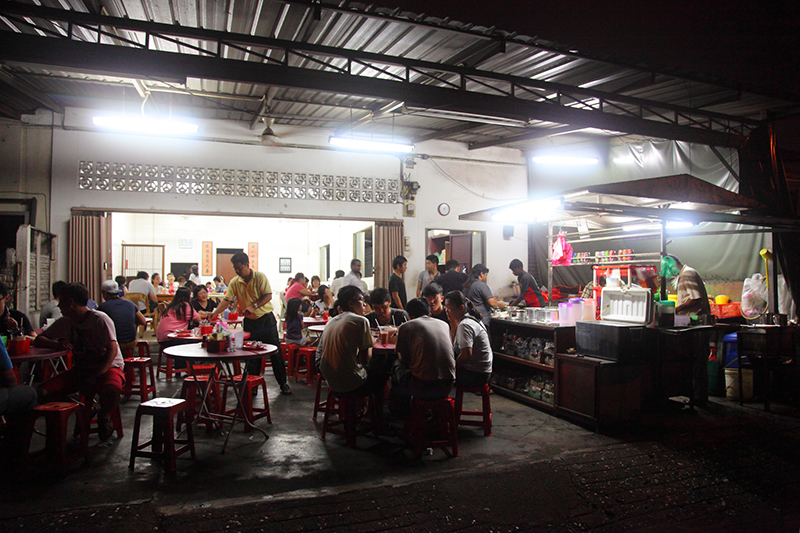