There’s a new fried chicken player in town and it’s called 4Fingers Crispy Chicken. Should KFC be worried? Maybe not because they are on a whole different playing field.
4Fingers is an original Singapore brand launched six years ago and they pride themselves with their crispy fried chicken and proprietary sauces that are free of preservatives and MSG. Funnily though, the base of their sauces is actually produced in Penang although it’s a Singaporean brand. 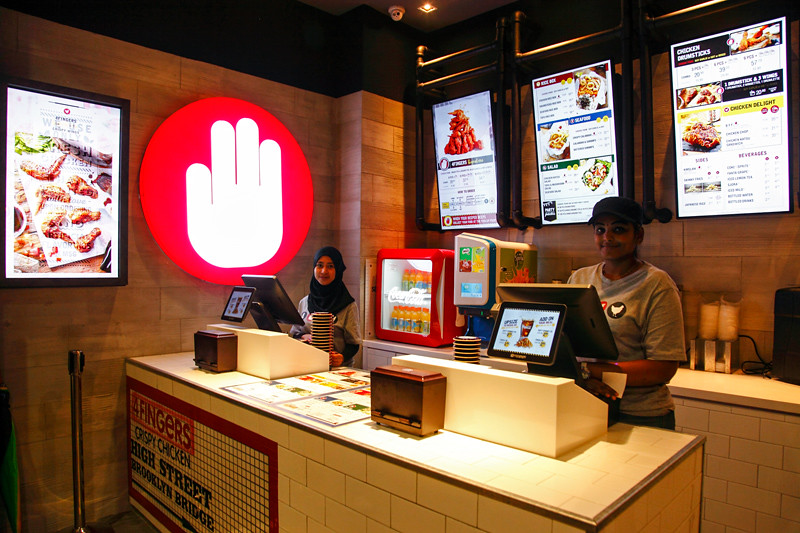 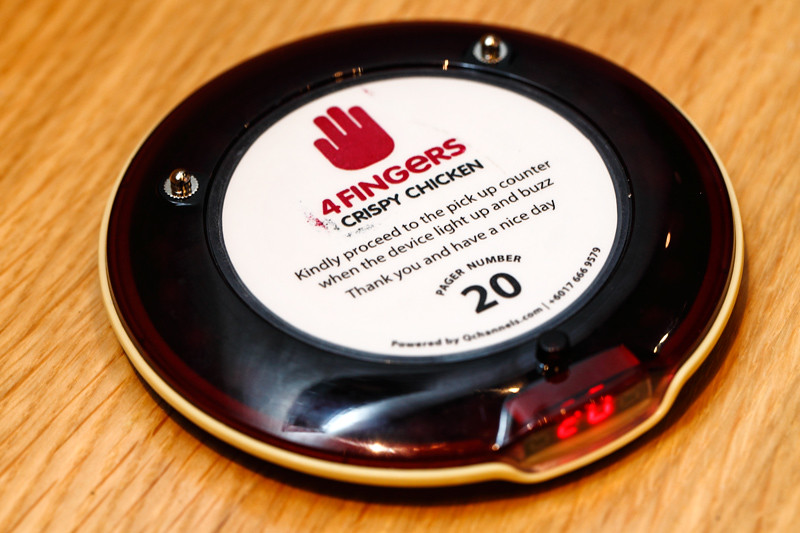 It’s pretty much self-service here: place your order at the counter, receive a buzzer and collect your food when the buzzer goes off. 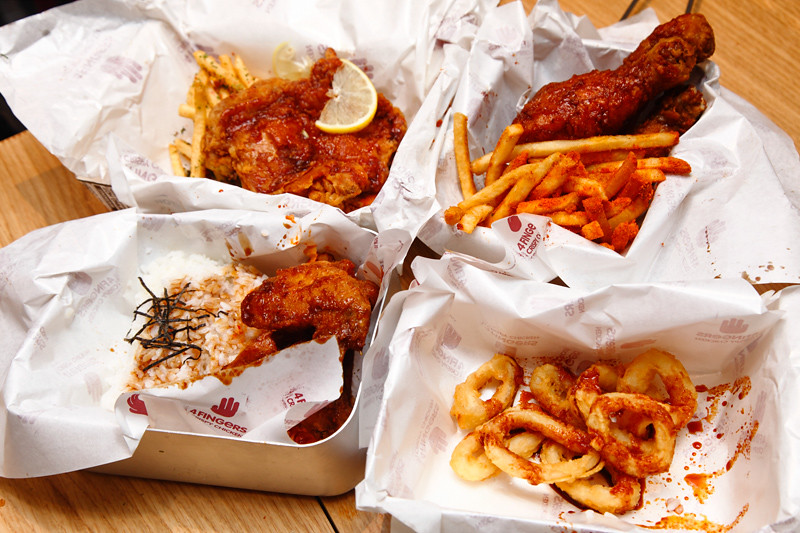 4Fingers will not win any award for food presentation and that’s something they might want to look into. After all, they are charging relatively premium prices so I think the consumers deserve a better visual satisfaction. 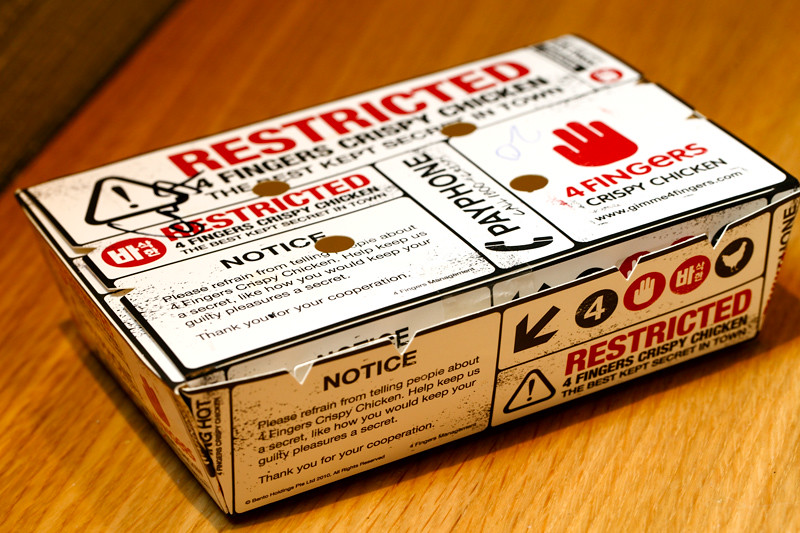 Also, there doesn’t seem to be a clear standard on how food is served. Some items were served in boxes (and wrapped in plastic bags) while some others were served in metal containers. I did ask around but the answer I got apparently contradicts with what we experienced ourselves. 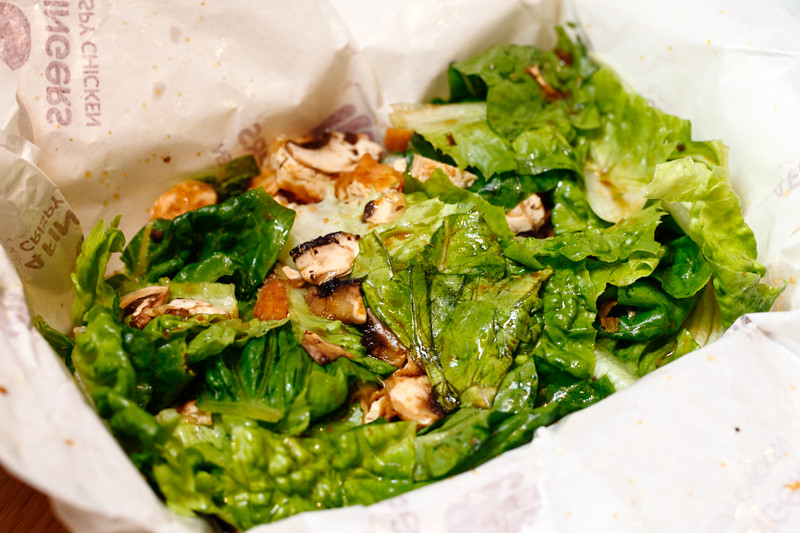 Like I said, food presentation is not 4Fingers’ forte. I think any fast food restaurant could plate up a better looking salad than this. That said, the Mushroom & Tofu Salad @ RM14.90 tasted surprisingly well, we liked the bite sized tofu bits in it. 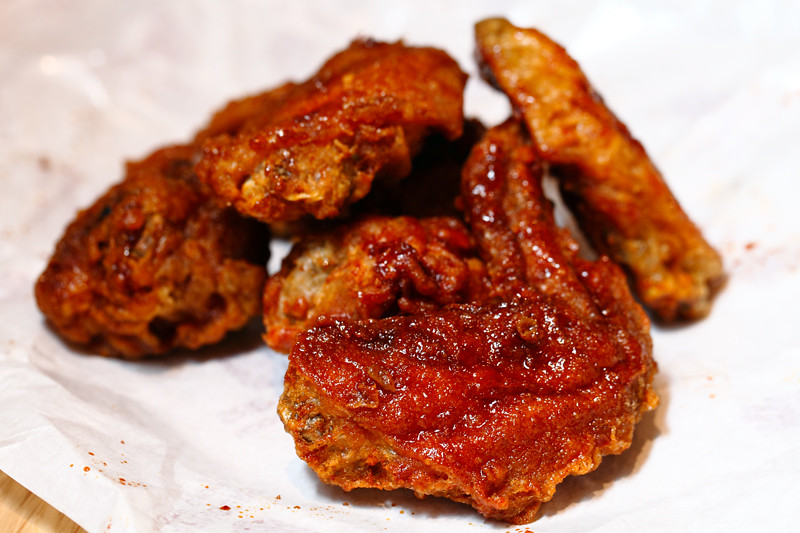 This is 4Fingers’ signature Wingettes and Drummettes (RM15.90 – 6 pcs, a la carte) available in soy garlic, hot or a mix of both sauces. After trying all of them, I think the mix version would be the best bet because the soy garlic might be a tad salty while the hot sauce should work better with burgers. Anyway, that’s just my personal observation.
To be honest, I was quite disappointed by how the chicken wings turned out. Although they were crispy with a crunch, they were not as meaty as you’d expect for the prices you are paying for, and the texture is a bit dry too. The only thing that’d make you continue digging in is the tasty sauces that are ‘painted’ onto the chicken which forms a good layer of shiny glaze on top. 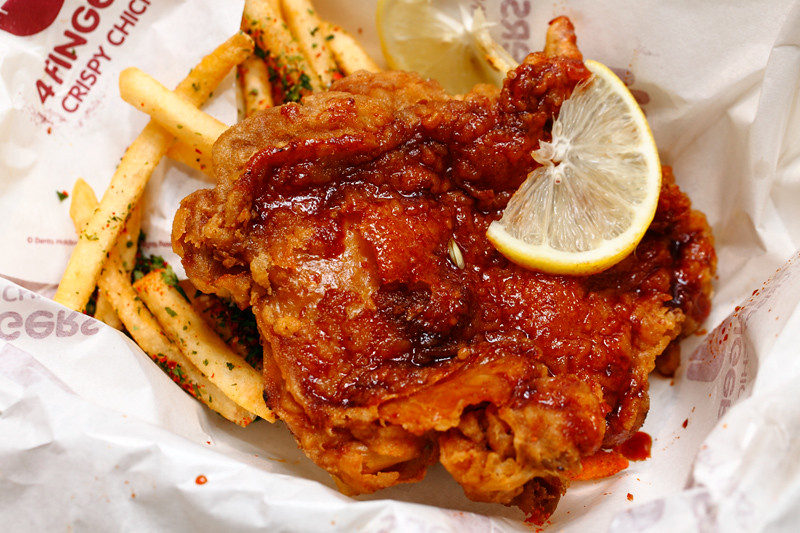 The Chicken Chop @ RM16.90 would be a better bang for your buck but it also suffered from being dry and chewy. I was expecting it to be tender and bursting with juice but the feeling just wasn’t there. 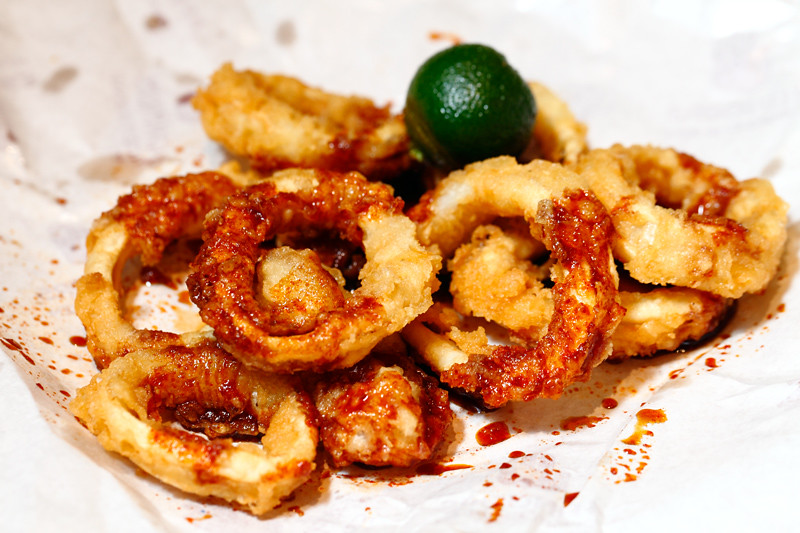 4Fingers offers more than chicken alone. Seafood is also available here albeit limited to only calamari and shrimps. However, as good as it was, the Crispy Calamari‘s portion size does not do justice to its price of RM17.90 – sorry to say that simply does not compute for me. 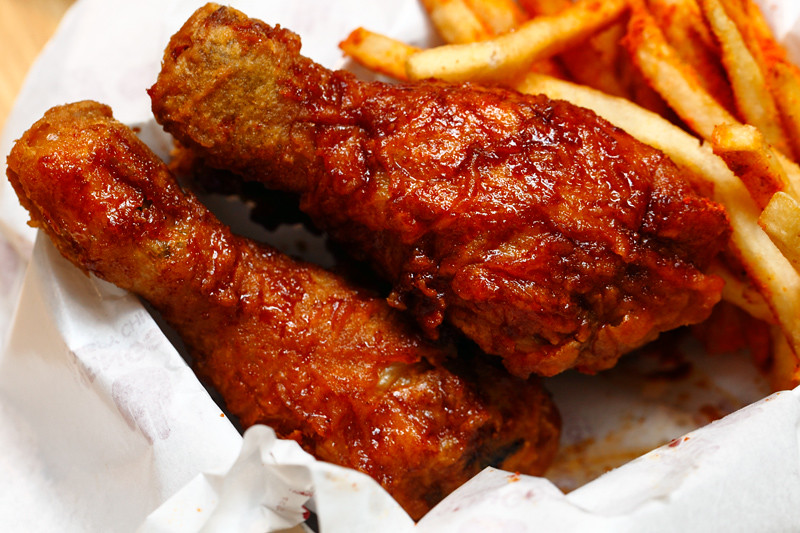 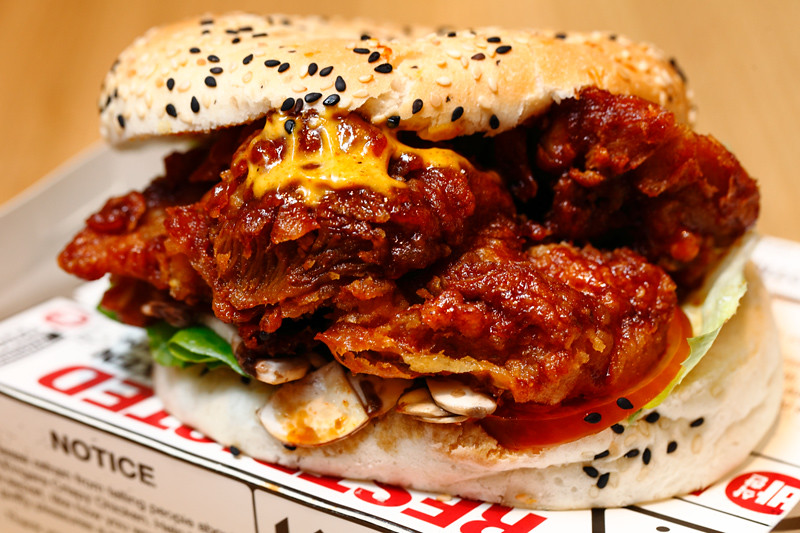 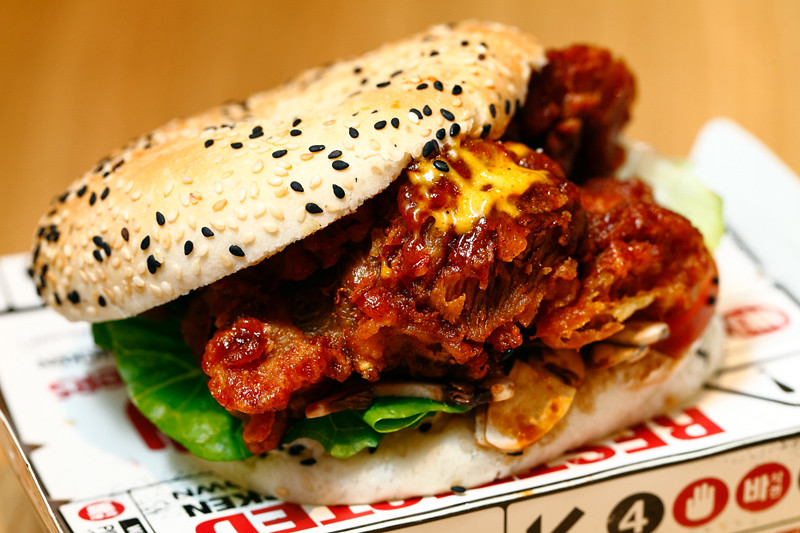 Speaking from my own experience, here are two things that you won’t go wrong with at 4Fingers’ currently: the Chicken Drumsticks (3pcs @ RM20.90) and B.F.F (best selling Chicken Burger) @ RM15.90.
Both items were delicious and made right to a juicy perfection just the way they were supposed to be. Not to mention the hot sauce and the thick chicken patty form a perfect marriage. If my verdict on 4Fingers was based solely on the burger and chicken drumsticks, they’d have received a raving review from me. 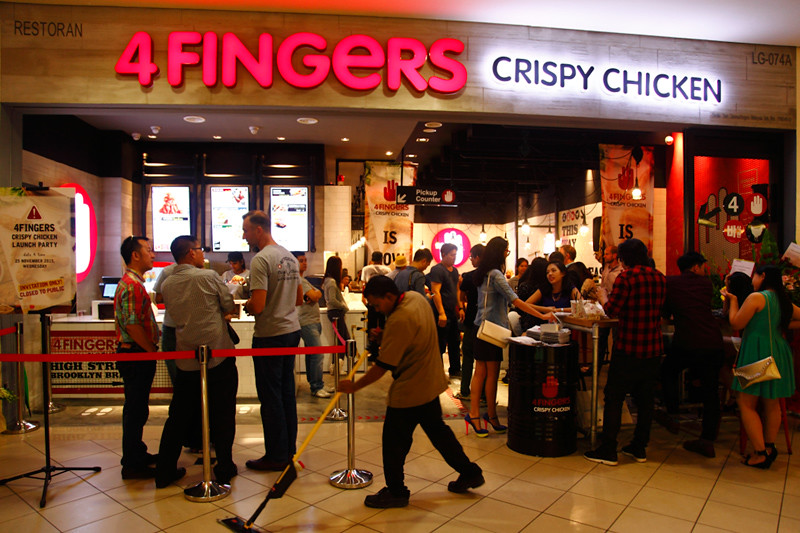 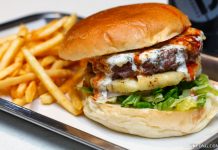