Ah Fa (Fatt Kee) Roast Fish might still be new in the business but it’s a name worth knowing. Despite being called roast fish, there’s nothing roast-y about their food.
Their signature dish is a medley of seafood with fish being the main ingredient, simmered in a piquant Hunan-influenced broth infused with the heat of chili peppers. 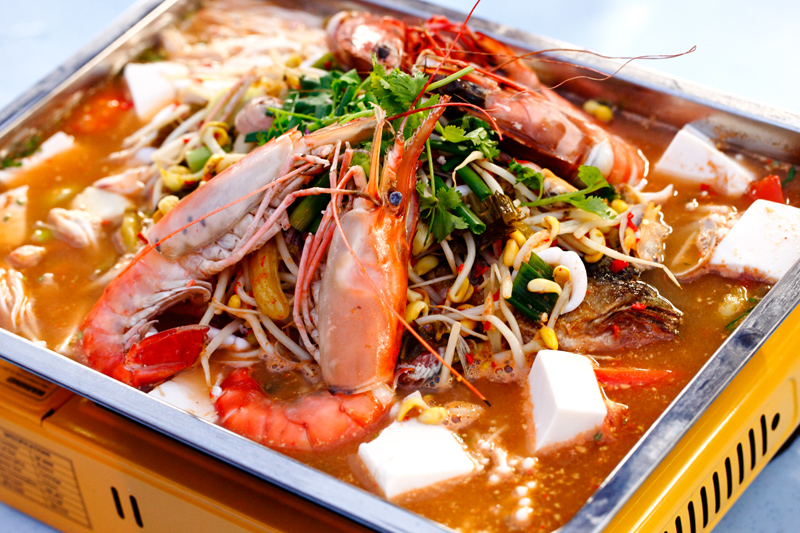 For a group of four or more, the RM99 set is recommended. It comes with a halved Soong fish head, clams, squid and river prawns. Additional toppings (optional) include all the seafood mentioned earlier, Enoki mushroom and tofu.
The other thing you should know about Ah Fa is that they don’t kid around with spiciness, as even the least spicy version is hot enough to set your lips on fire. So it’s a better idea to go for level ‘B’ spiciness (indicated with 1 chili only) then ask for more chili peppers if you think it’s not spicy enough. 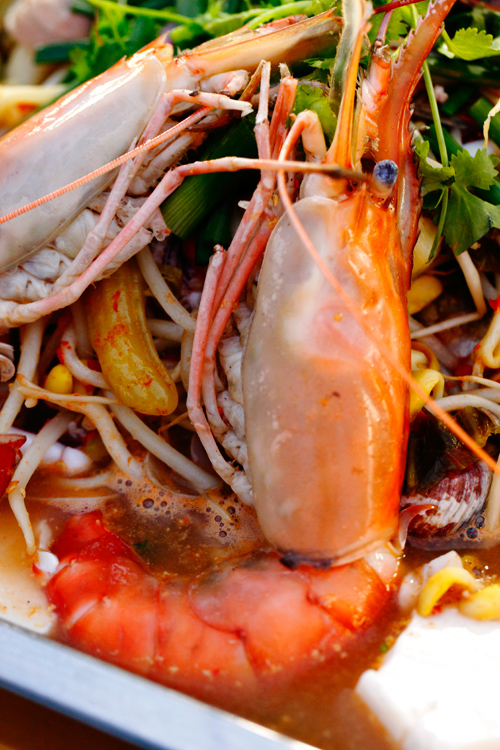 The roast fish indeed has a ‘wow’ factor to it. On arrival, the first thing everyone did was to pull out their smartphone and took photos of it and share on social media. That explains their popularity.
And although it looks like it has four pieces of prawns, there are actually only 2 of them and they are both sliced in half. Therefore, the portion might not be as generous as you think. 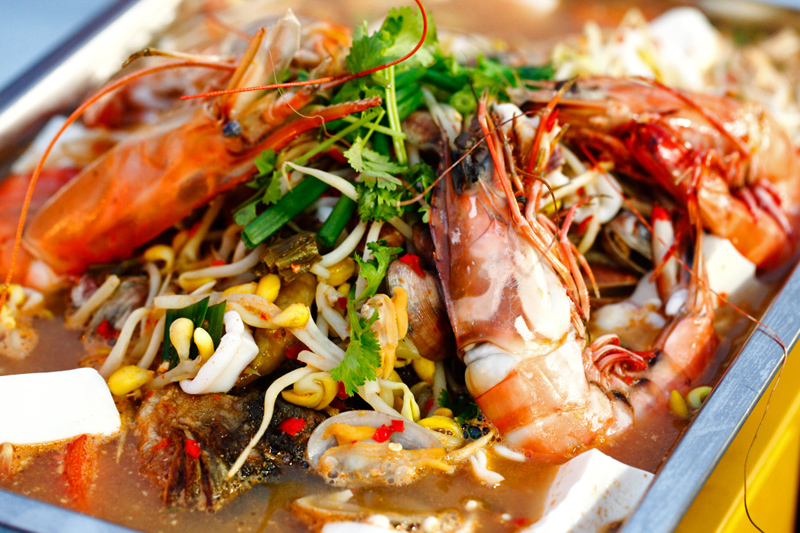 I normally don’t fancy fried fish but I found myself loving Ah Fa’s. In fact, frying the fish head first is correct and the way it should have been. Otherwise the flesh on the fish head wouldn’t have held up and would have disintegrated from being simmered for too long.
Based on what I gathered from my group of makan buddies, the fish head was the best among all the seafood, while the lala could have been fresher. Overall, Ah Fa’s roast fish is something new and unique that’s definitely worth trying at least once. 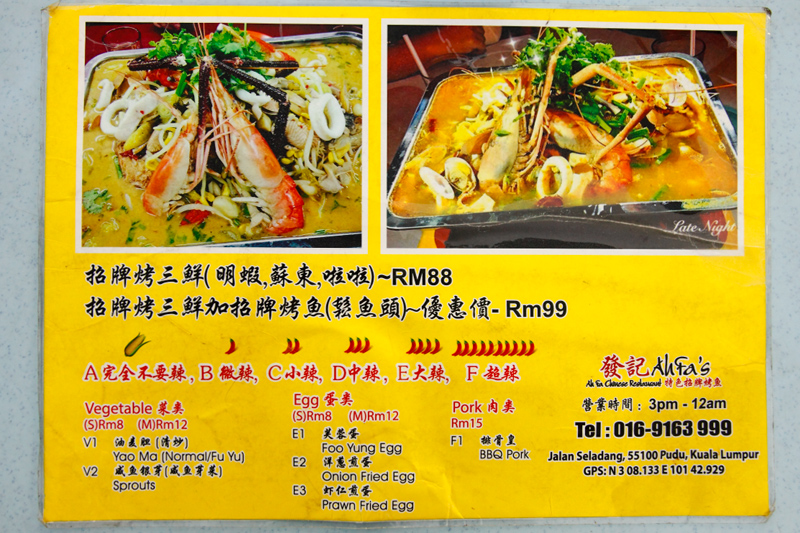 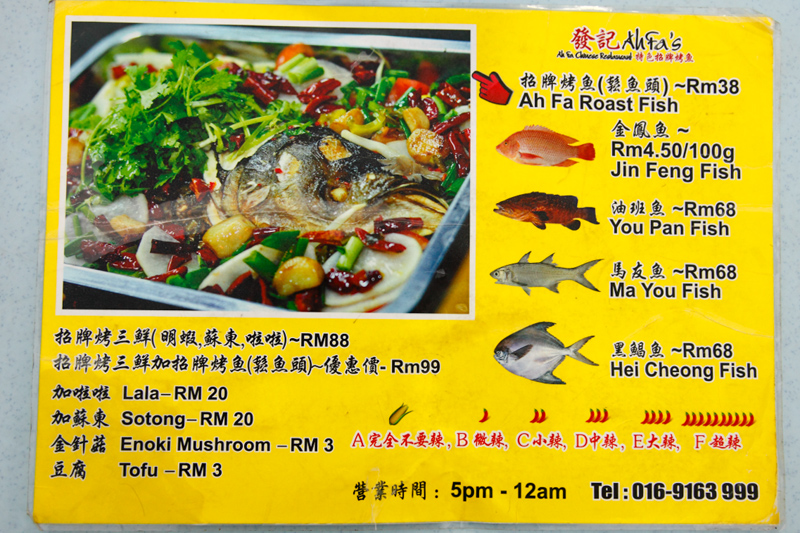 We also ordered an additional portion of roast fish with just the fish head alone @ RM38 and found that the flavor is somewhat subdued due to the absence of prawns and other seafood. So the set is actually a better bet for a more satisfying experience. 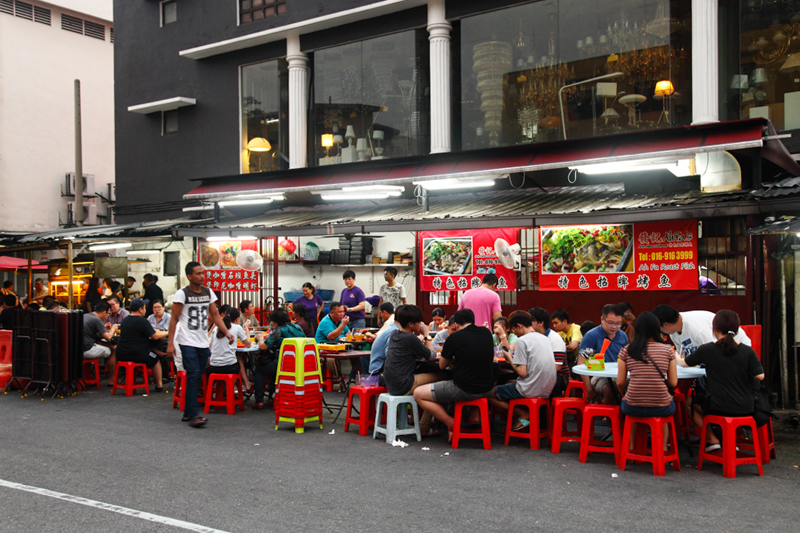 For those who wish to dine at a more comfortable spot without having cars zooming inches away behind you, you can cross the street and look for their restaurant that offers a more proper dining environment.
Lastly, I want to commend the friendly and genuine service that we got while eating at Ah Fa. Although they are now famous, doing well and all, they never showed the slightest bit of arrogance and accommodated to our requests well. 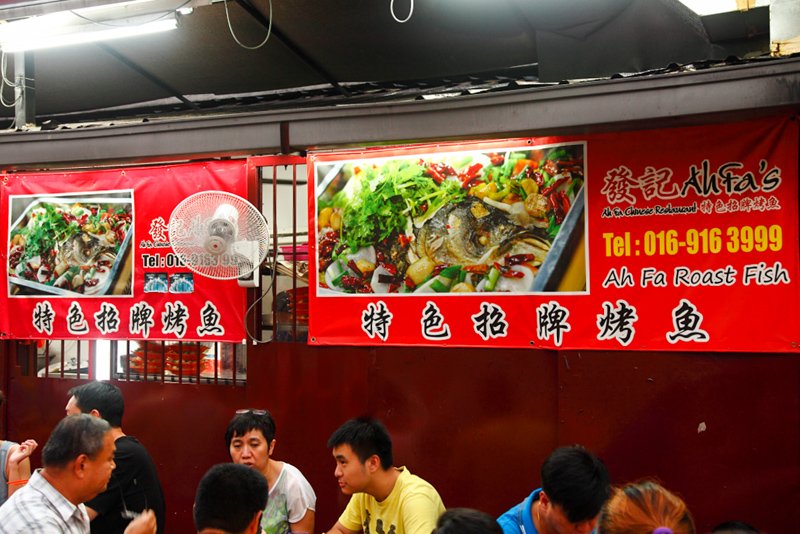