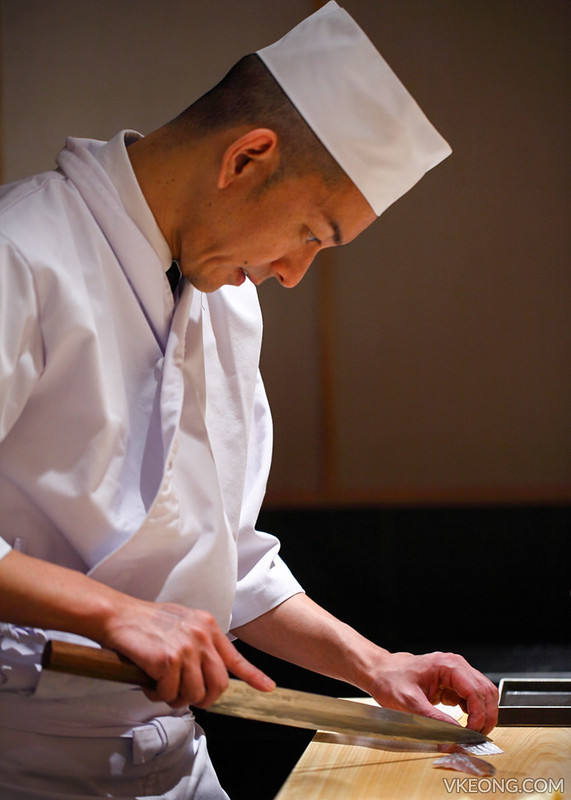 If the idea of eating fresh sushi made and served in front of you is appealing – then you should make it a point to visit Sushi Azabu. Of course, Sushi Azabu is not the only sushi bar in KL that serves sushi this way. It is however, the newest so naturally it has that extra appeal. To know more about Sushi Azabu, you can read about it here. 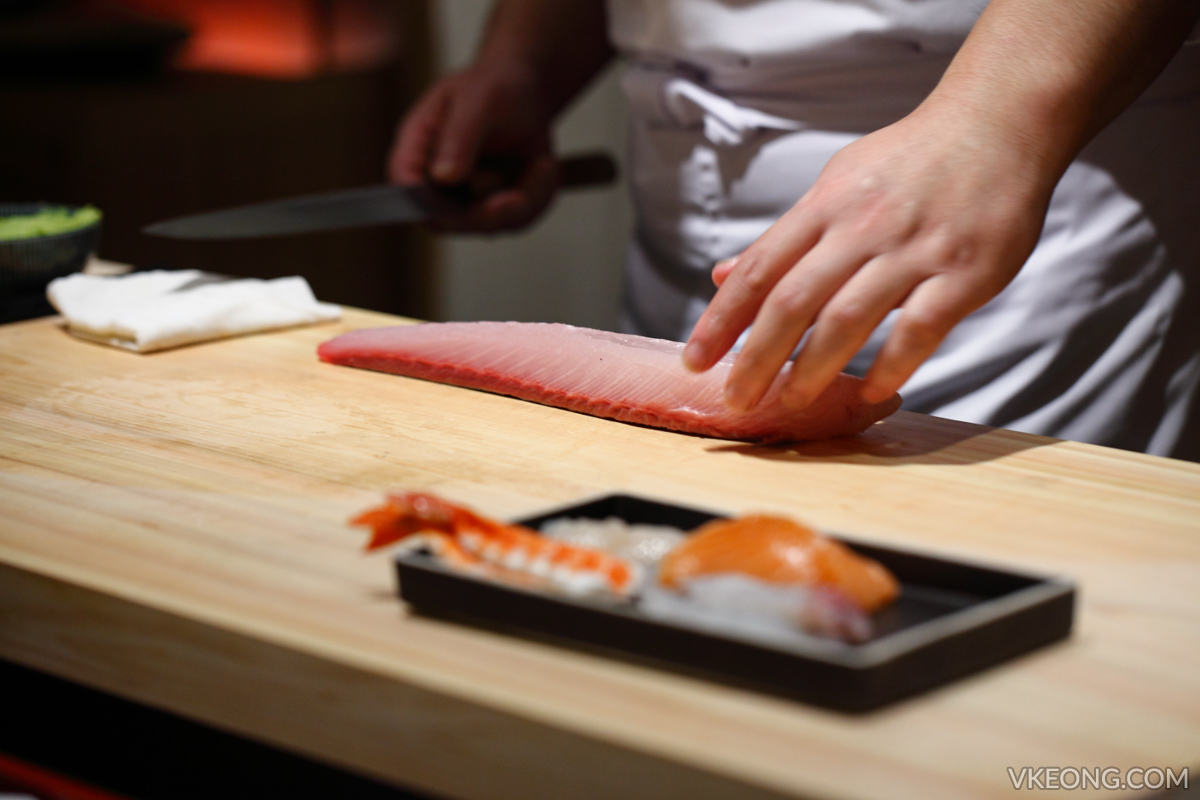 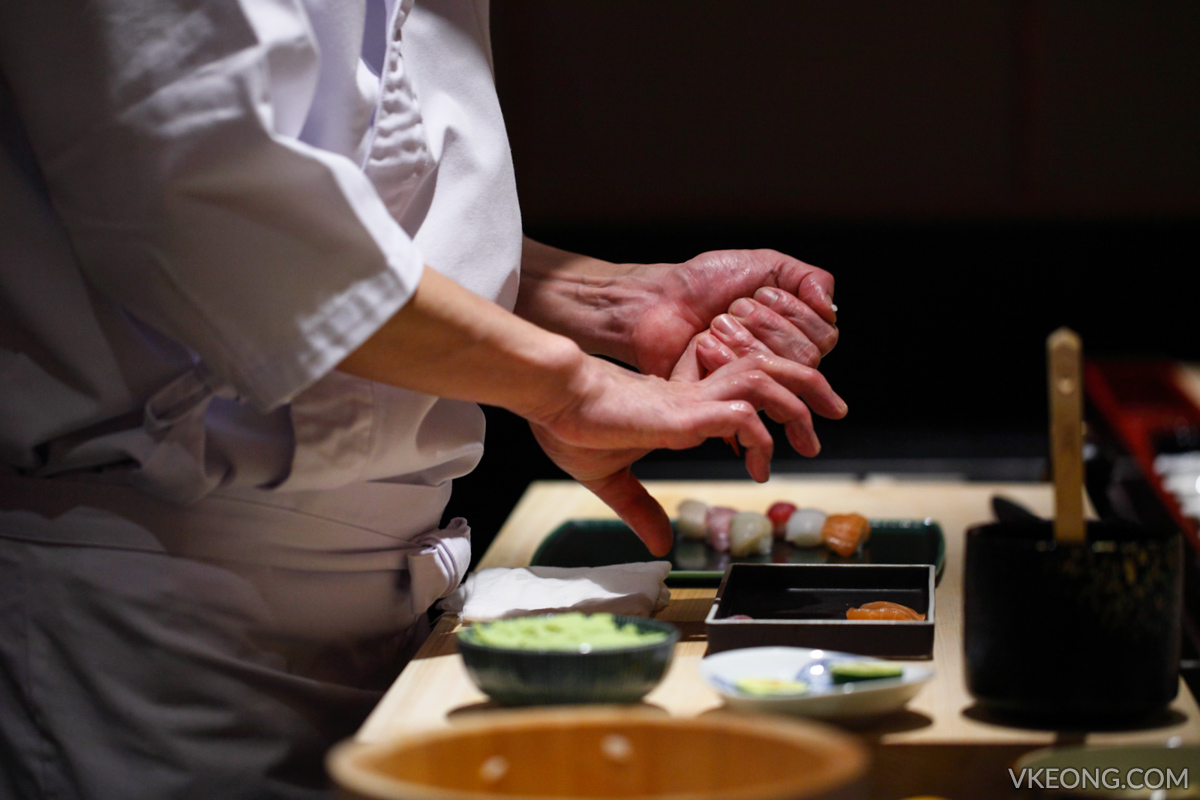 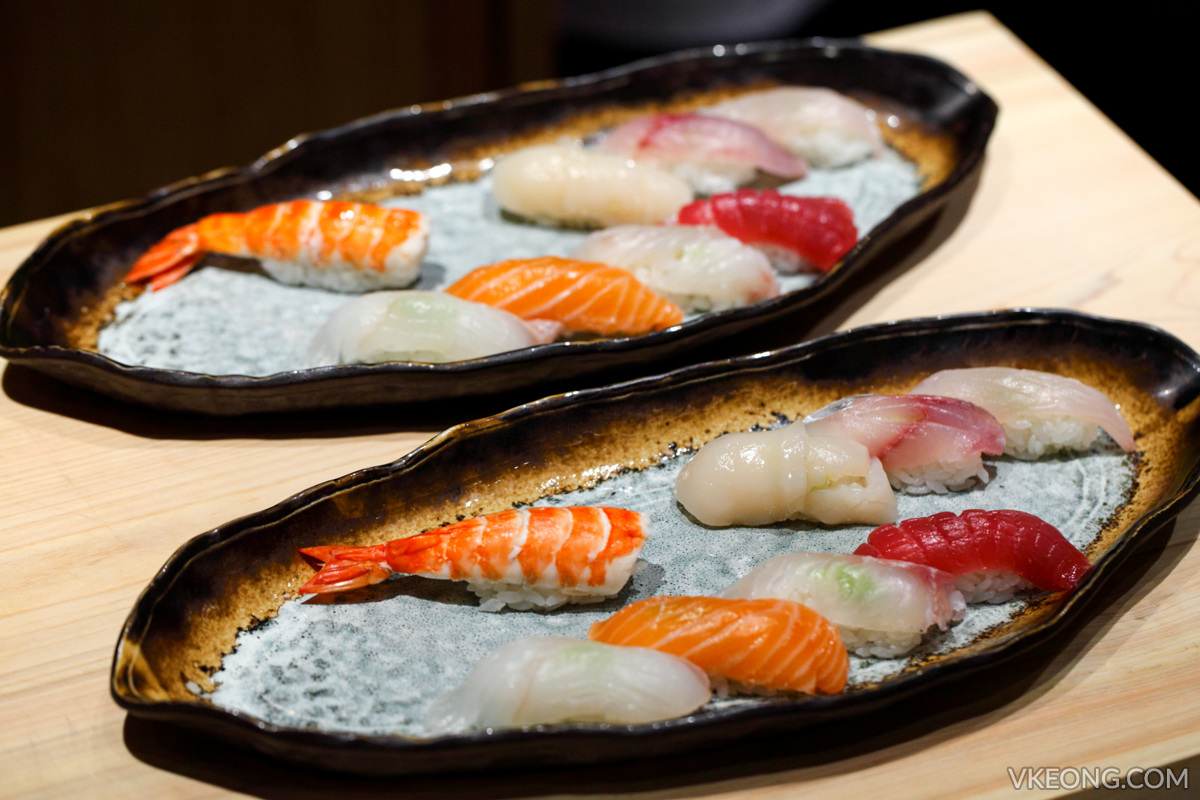 I think it’s important to highlight that although Sushi Azabu is a Michelin-starred restaurant in New York, that star does not magically apply to this branch at Isetan The Japan Store. It just doesn’t work that way.
That said, we dropped by the last weekend to try their course menu, which is offered in three different prices: Koi @ RM120, Azabu @ RM220 and Chef’s Specialty Choice @ RM420. 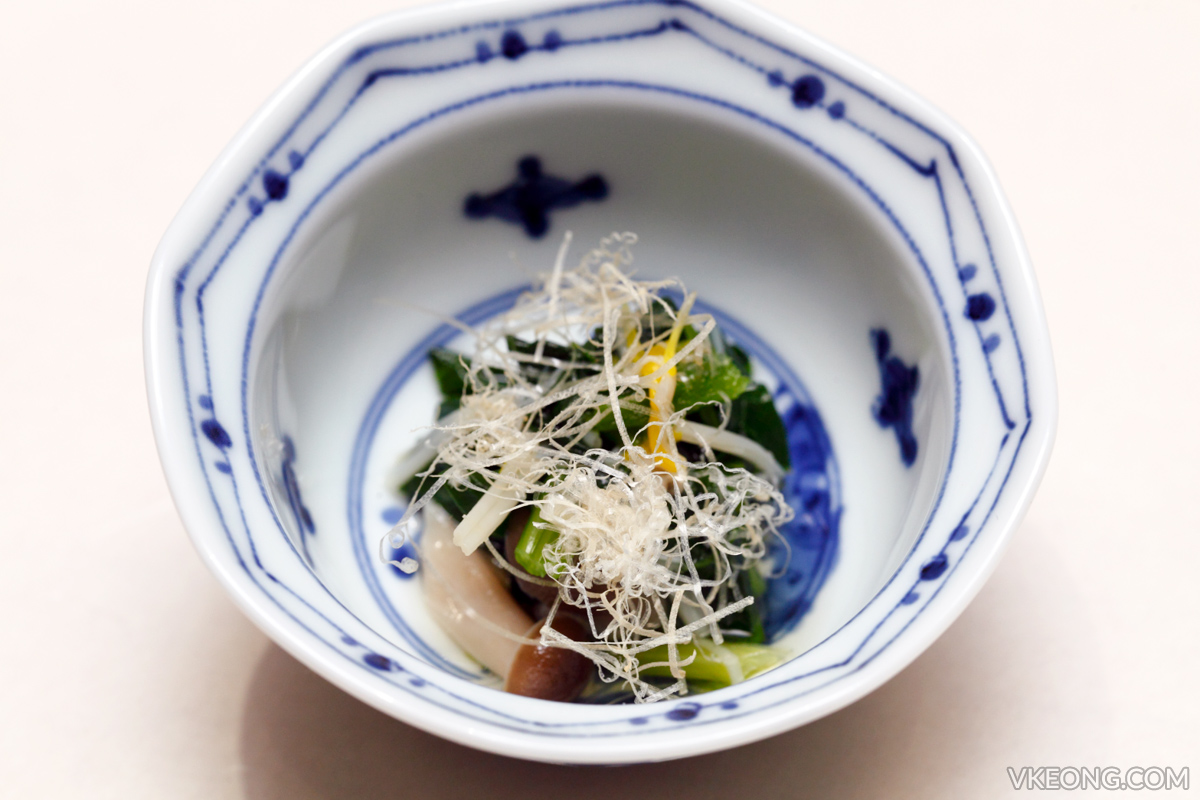 We opted for the Azabu Course simply out of economic reasons: it fits our budget. Here’s what you can expect. It starts with a light vegetable appetizer. 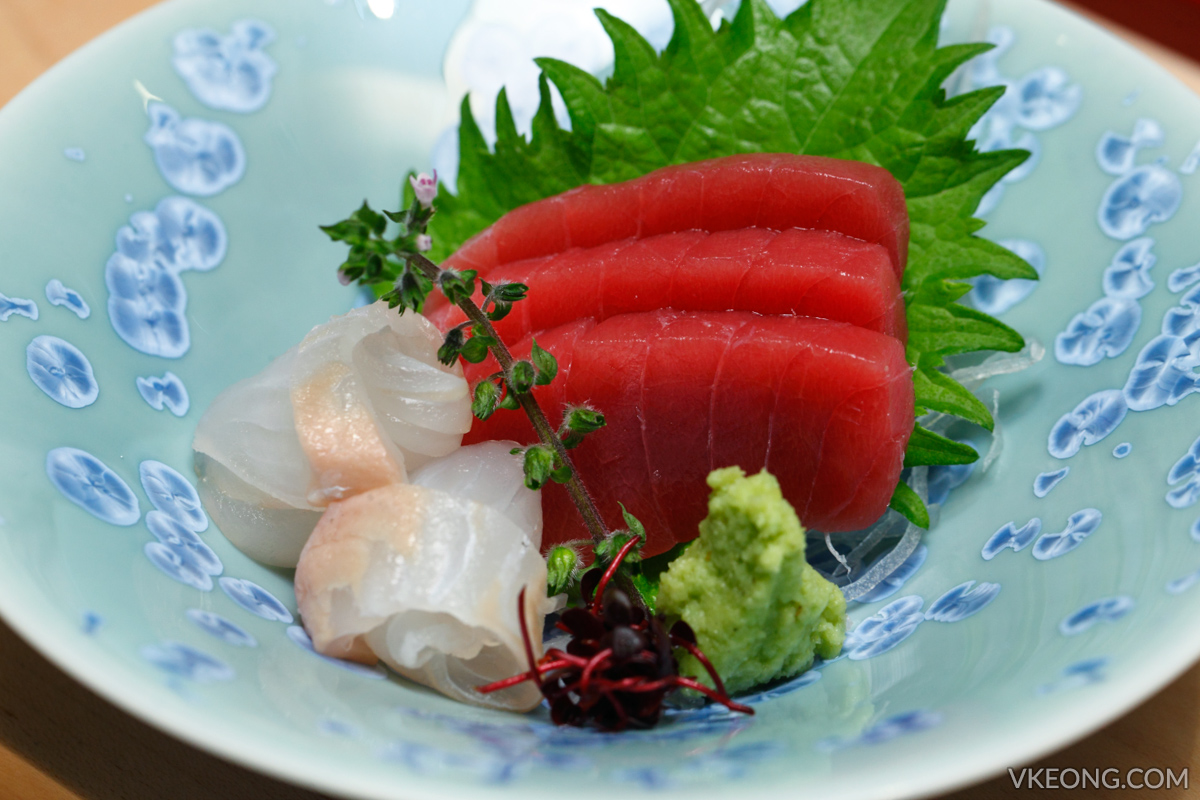 Followed by 2 kinds of sashimi: Yellowtail and Bluefin Maguro from Nagasaki. 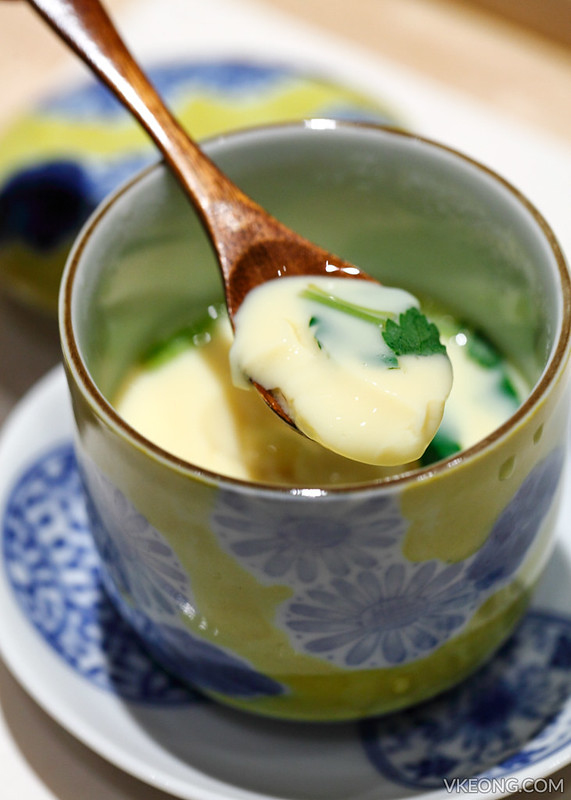 Chawanmushi – this was quite unique as it was filled with fish slices. 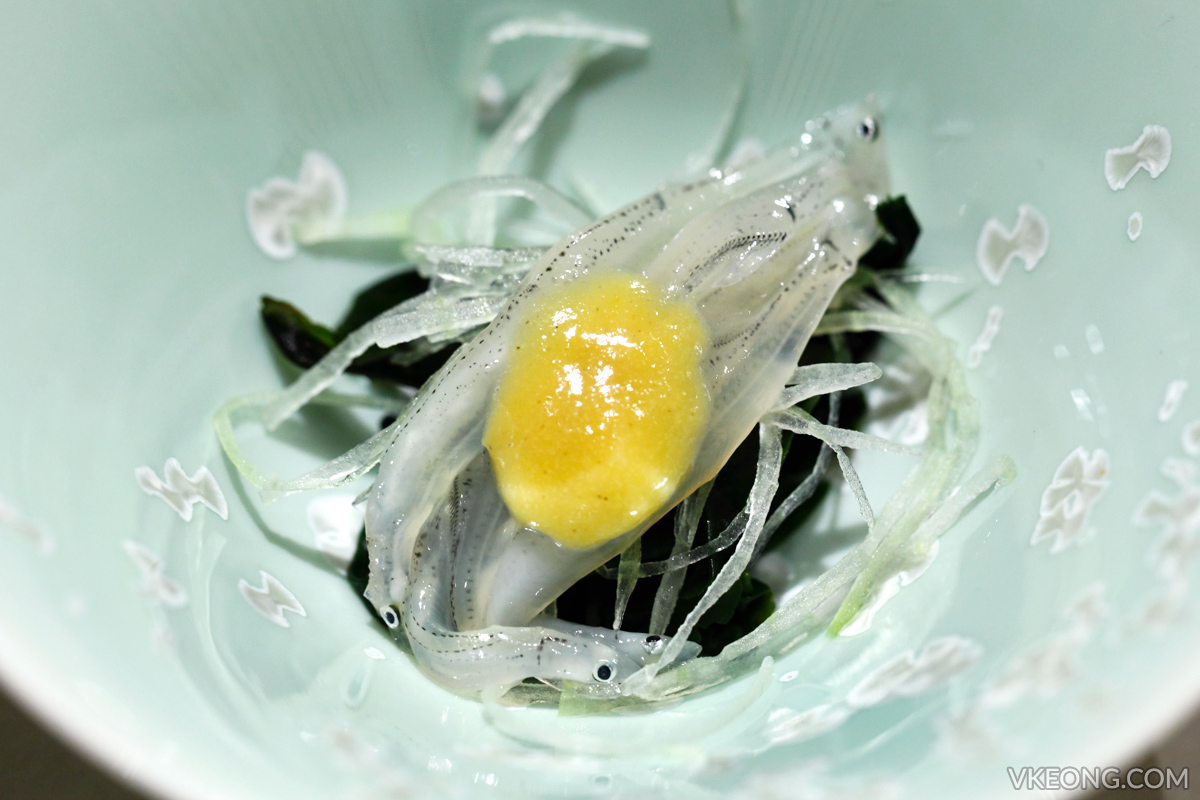 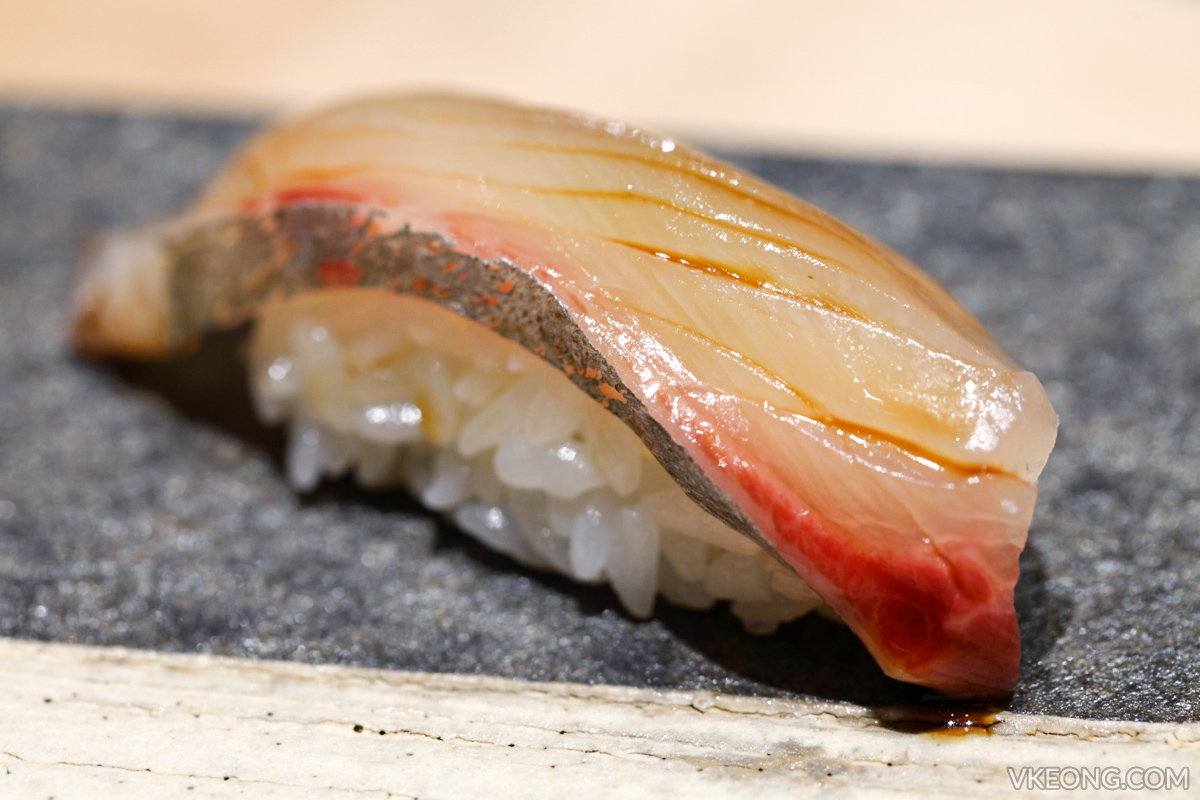 The course continues with 7 pieces of Nigiri served in an order to allow the flavor to progress. Every piece prepared by the chef already has the appropriate amount of wasabi and Nikiri (sweet soy sauce) and it’s meant to be enjoyed in a single bite.
As with any sushi course meal, it usually starts with a white fish (Saba as shown above), silver, red then to the heavier tasting ones like ebi and ikura. 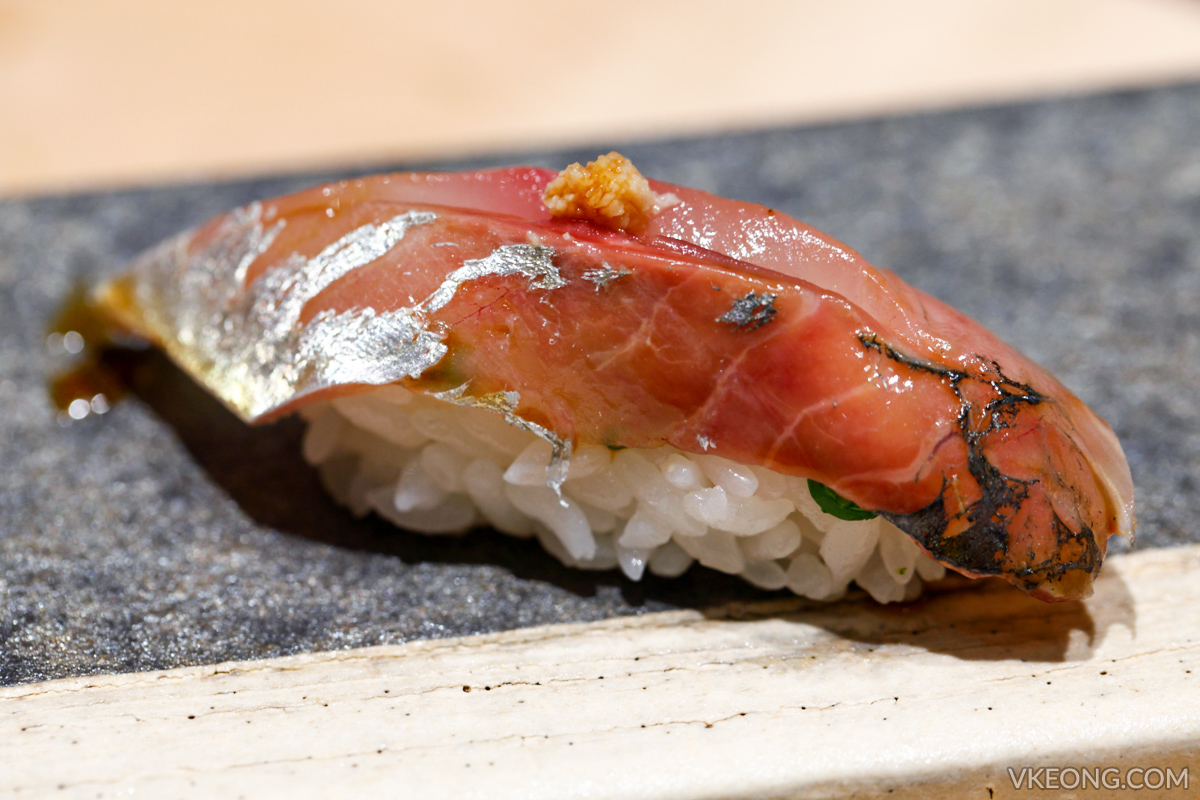 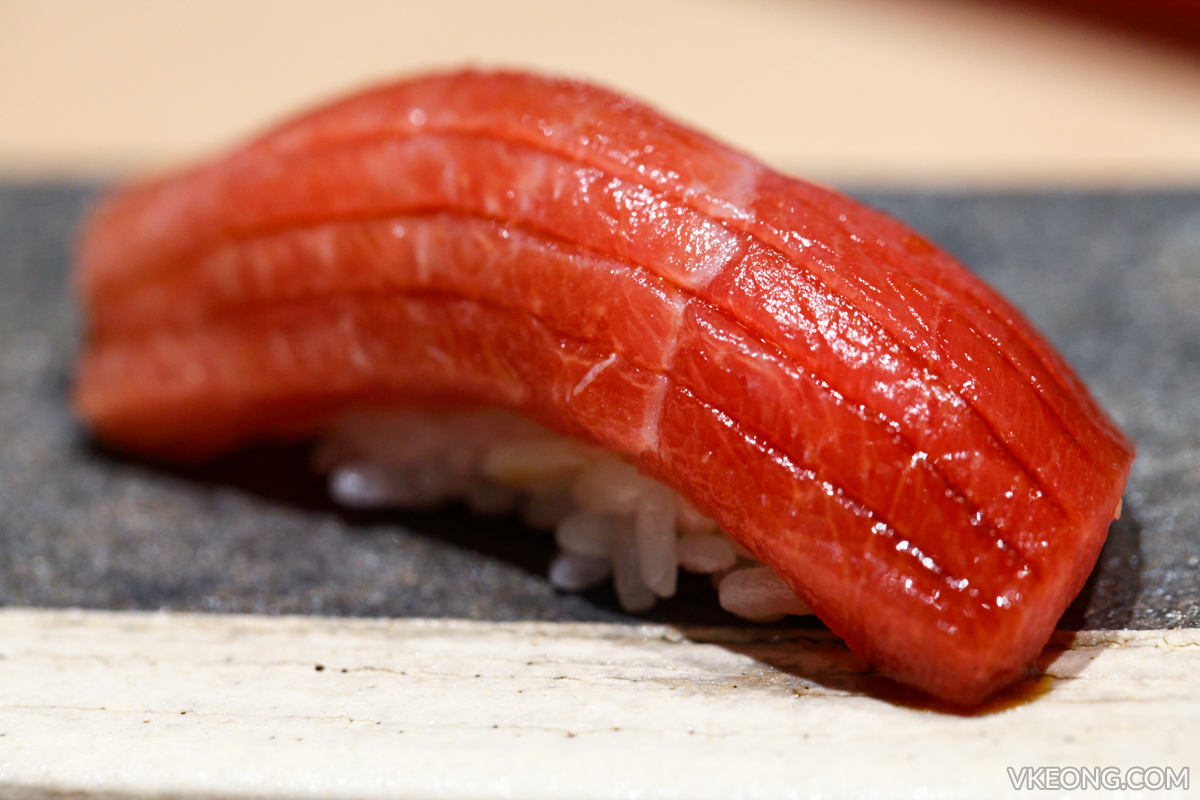 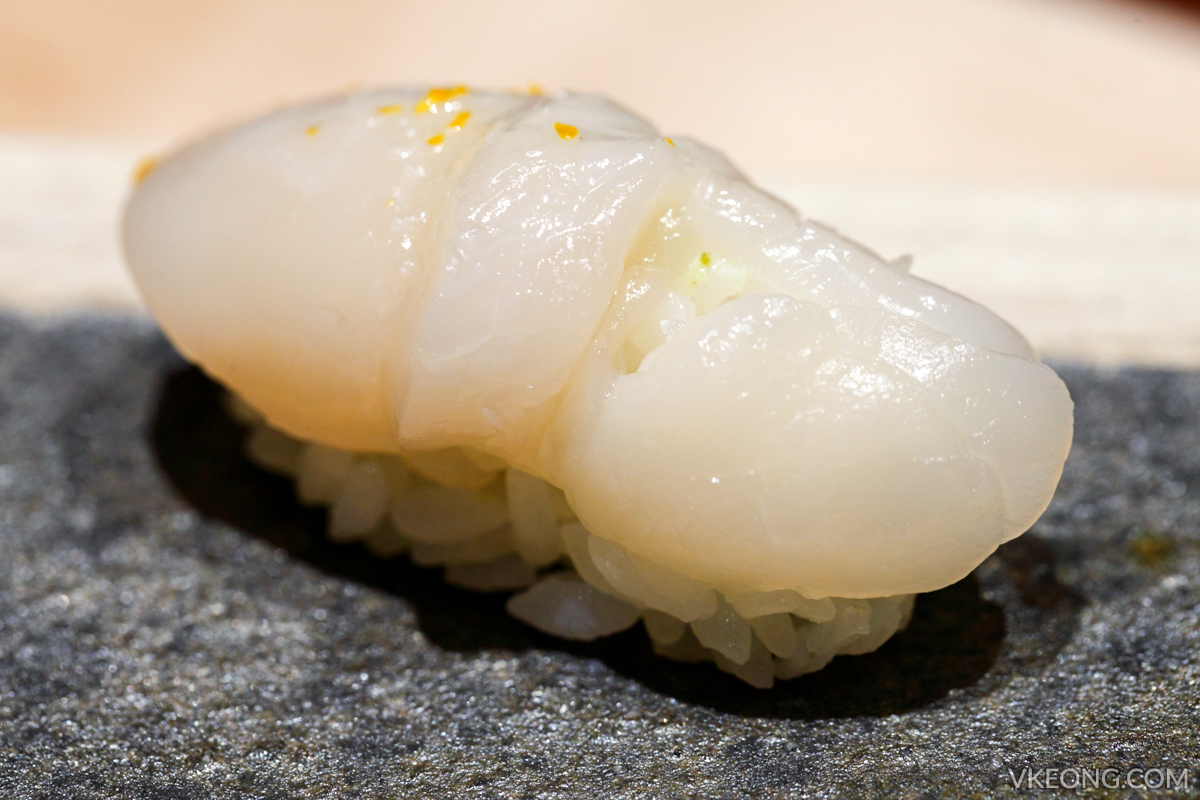 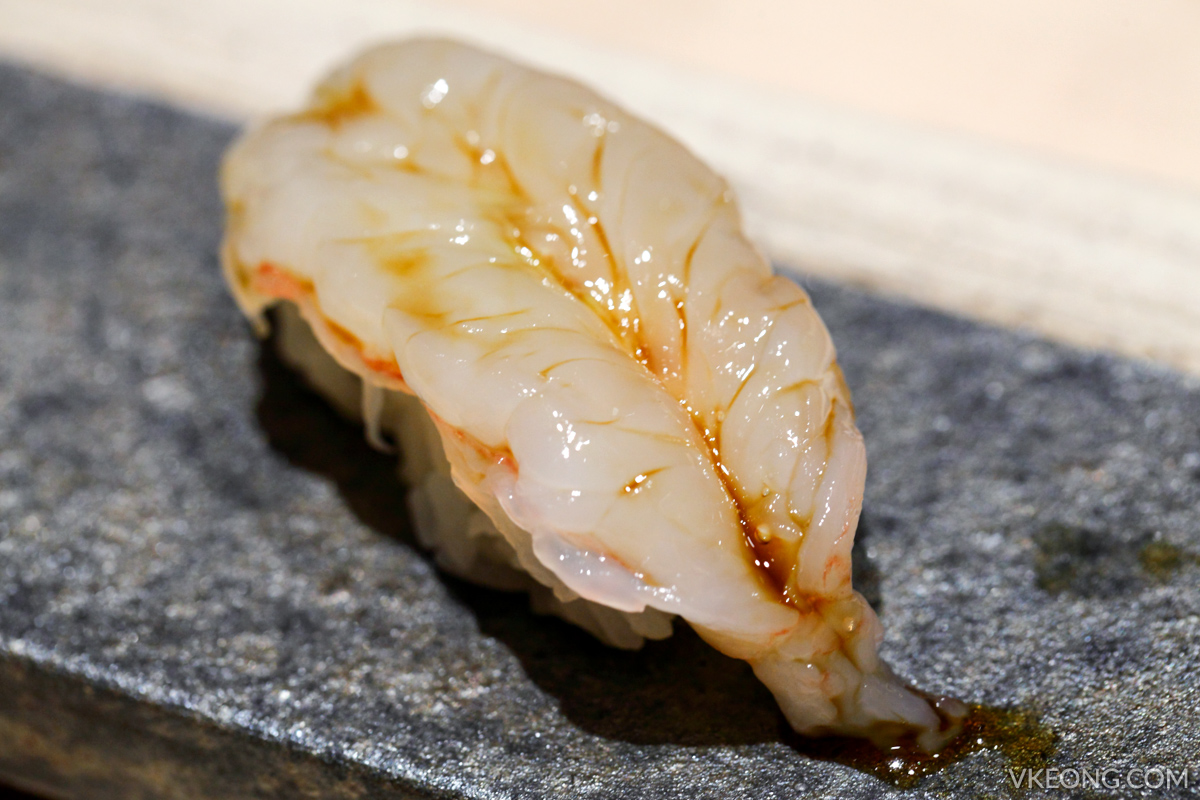 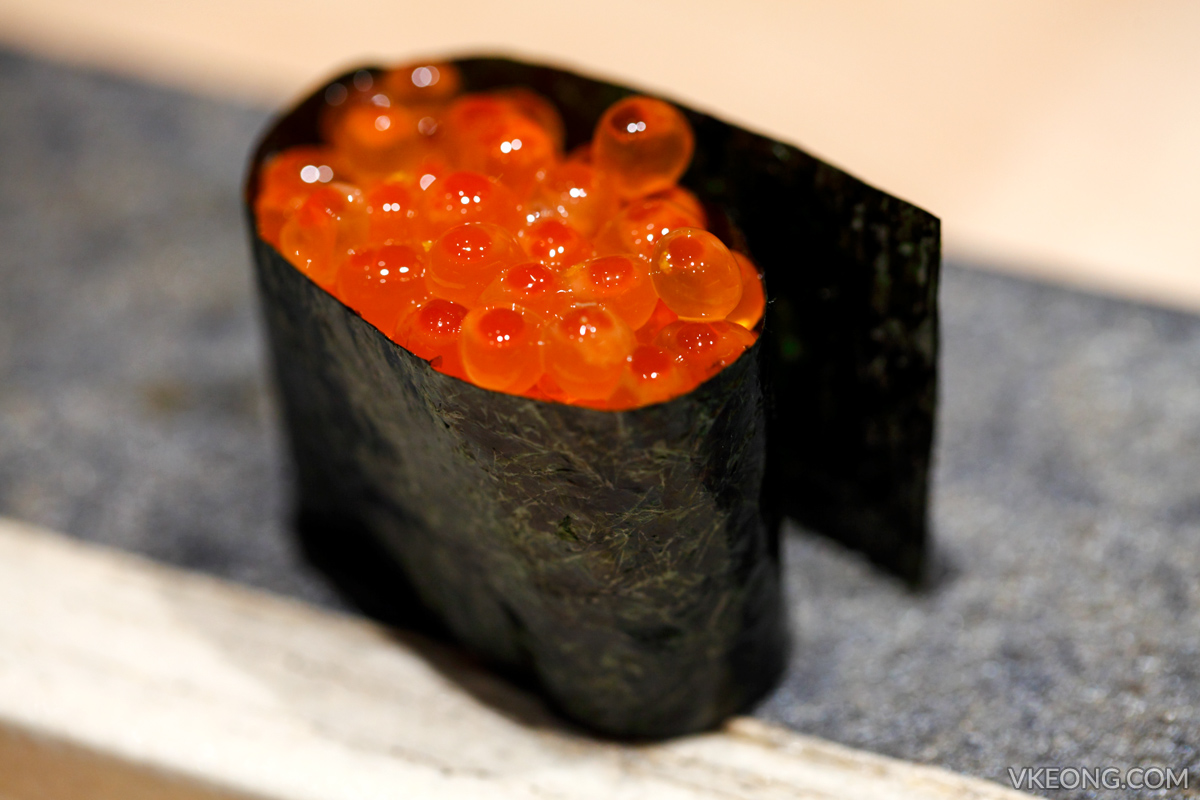 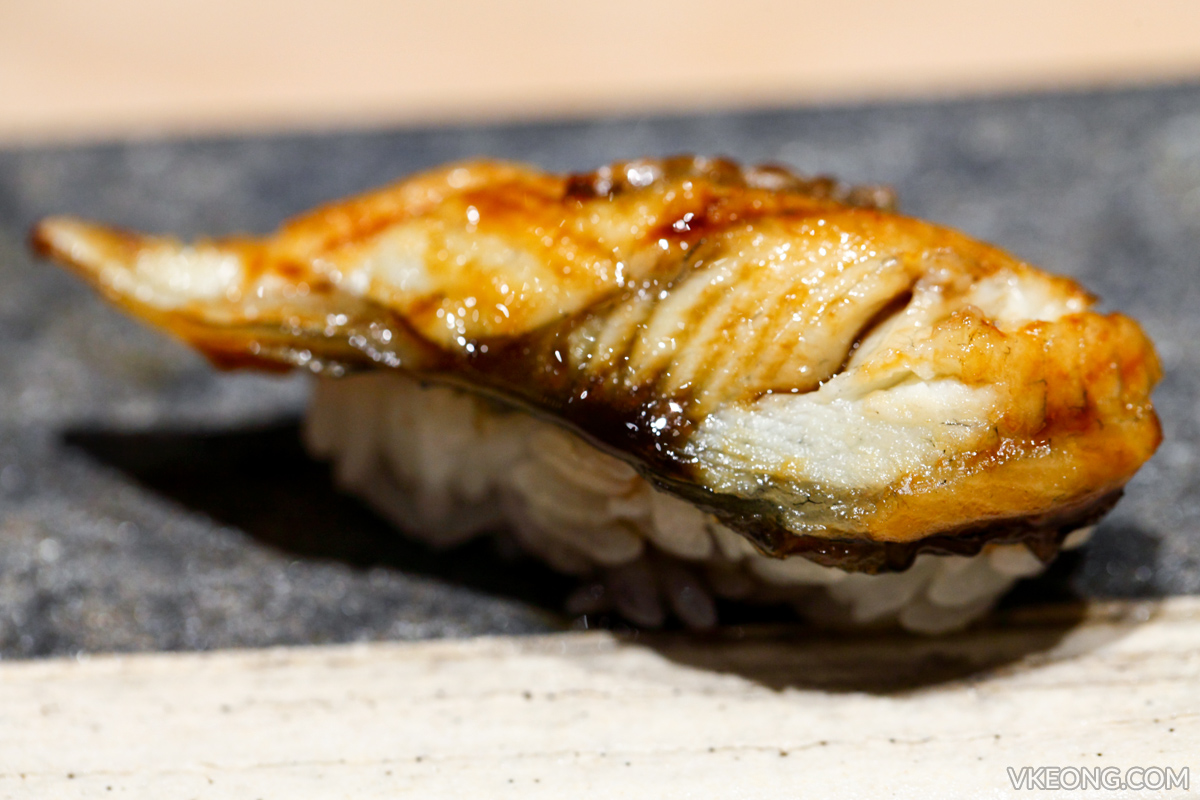 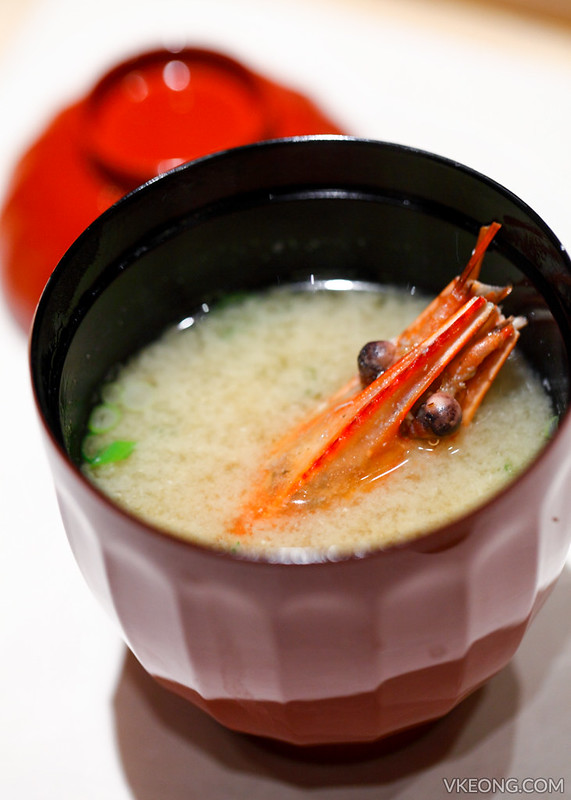 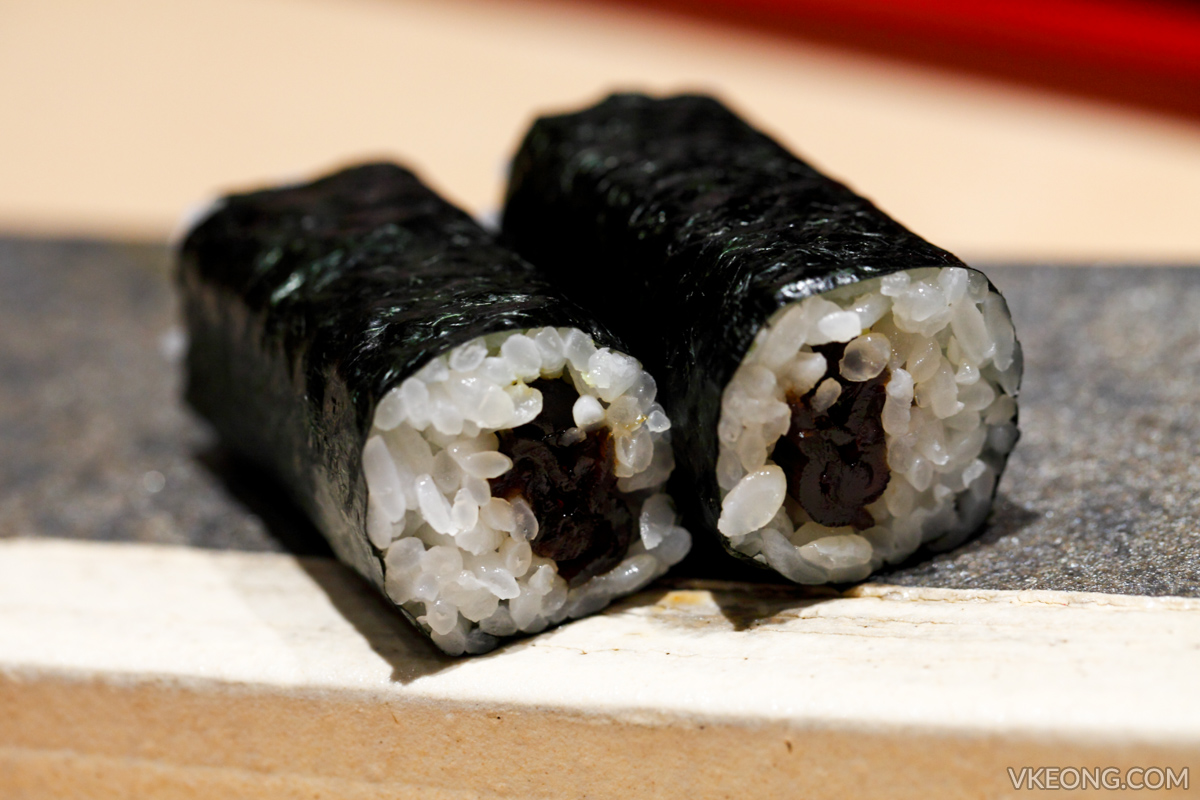 The course menu ended with a simple makimono and Yuzu sorbet for dessert. 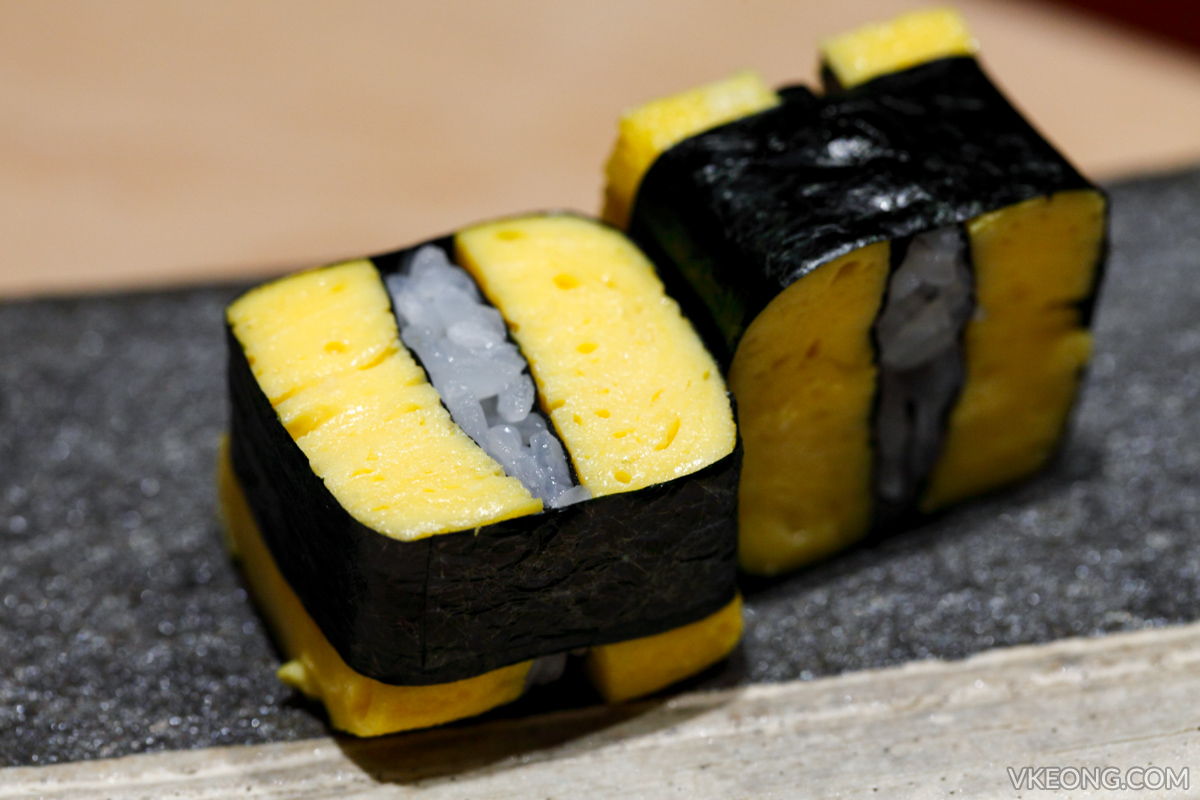 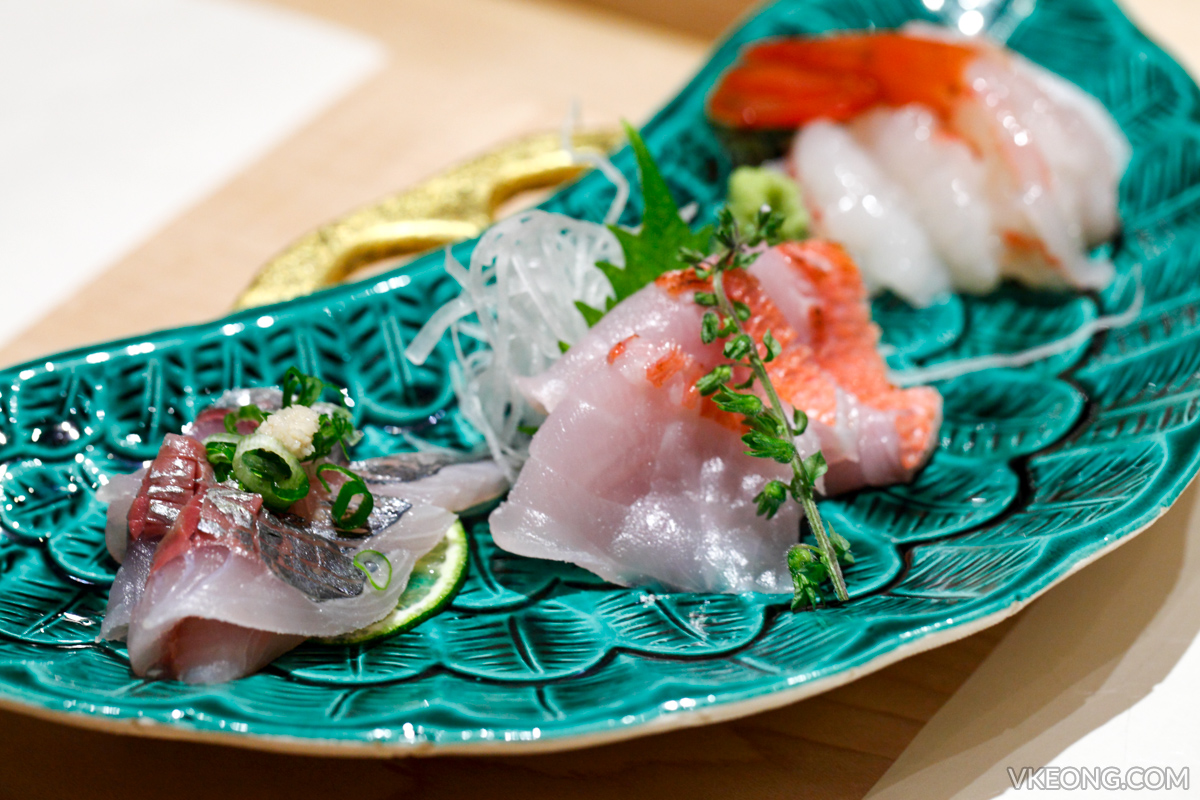 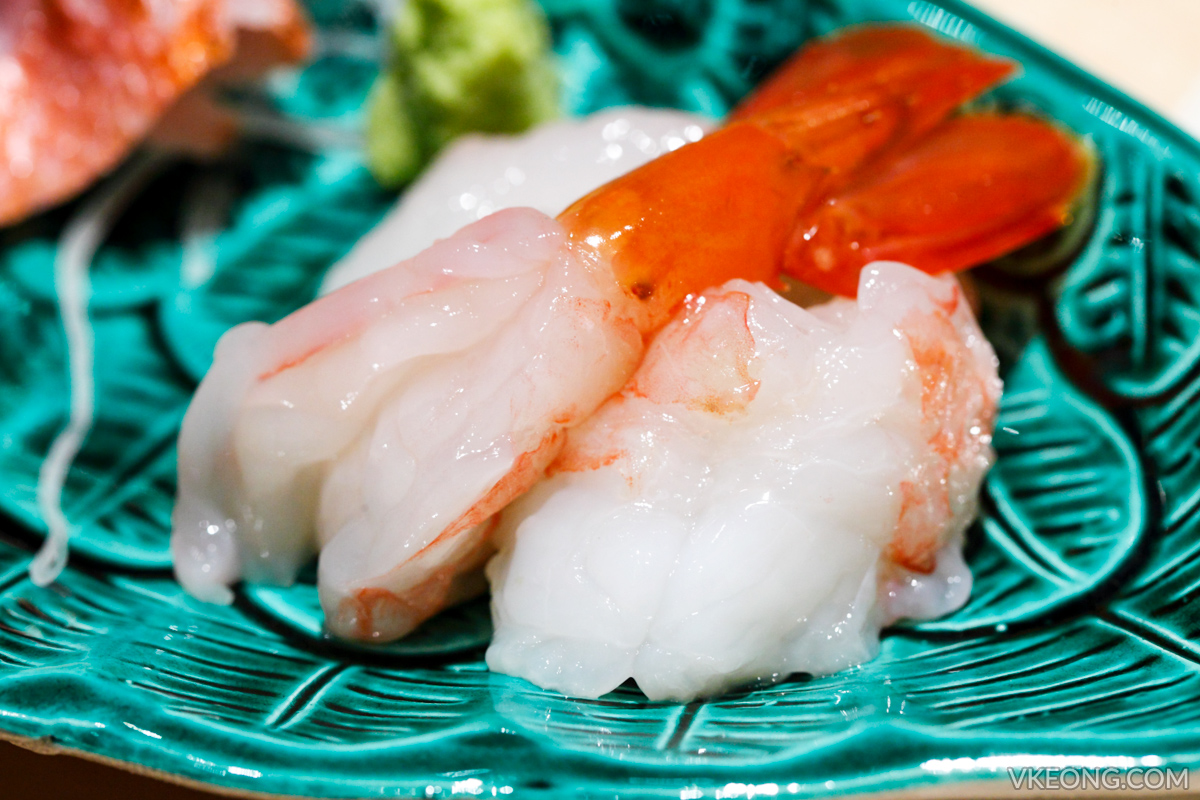 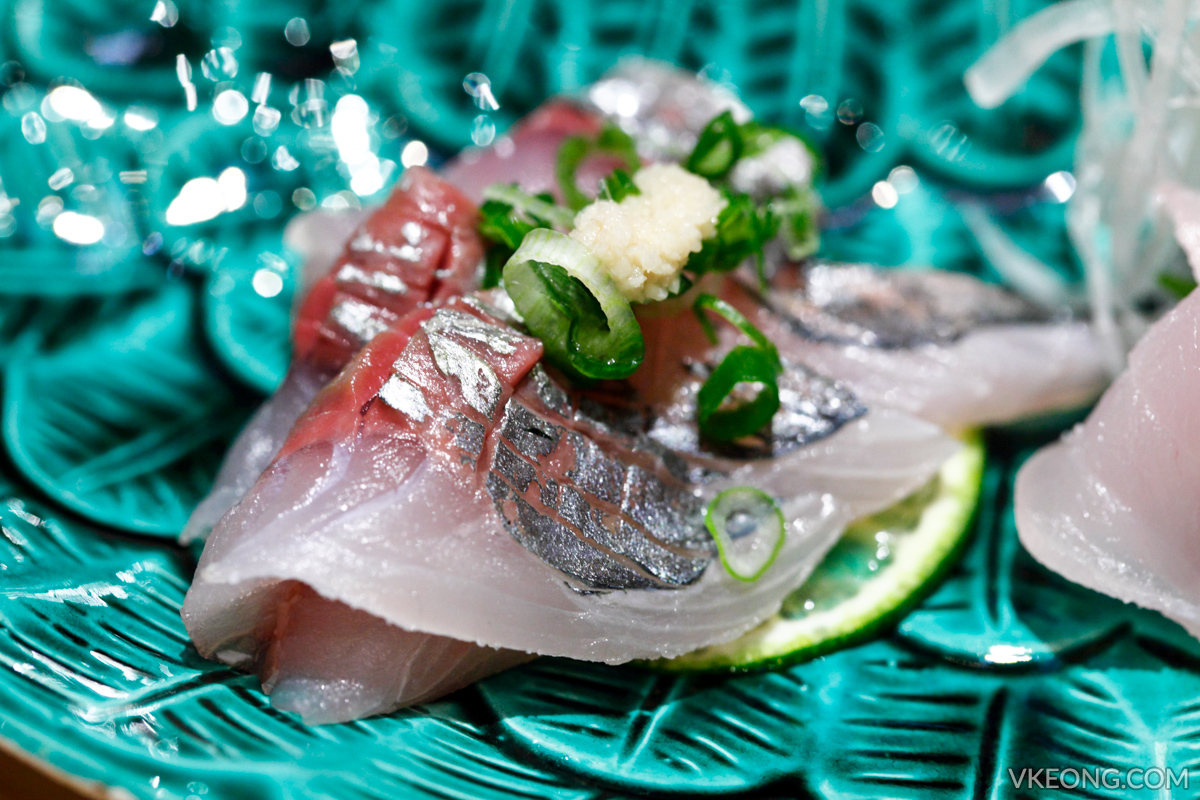 We also had a couple of ala-carte items: Tamago sushi @ RM6 (highly recommended) and three kinds sashimi @ RM52. Safe to say you get much better value here than The Fat Fish. 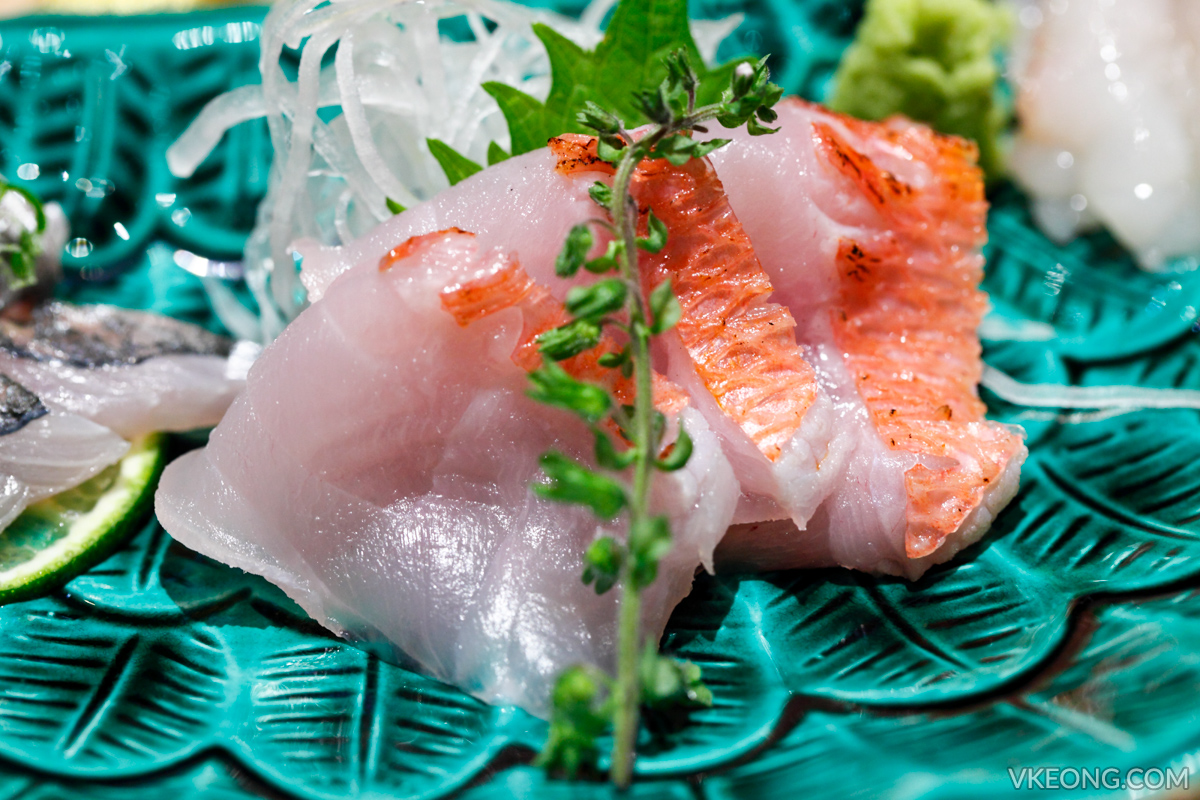 Kinmedai (Golden Eye Sea Bream) was the chef’s recommended fish that day and it was definitely the star of the platter. It’s a seasonal fish so you may not find it being featured on the menu. If anything, just ask the chef for specialties of the day. They are able to converse in English so it shouldn’t be a problem. 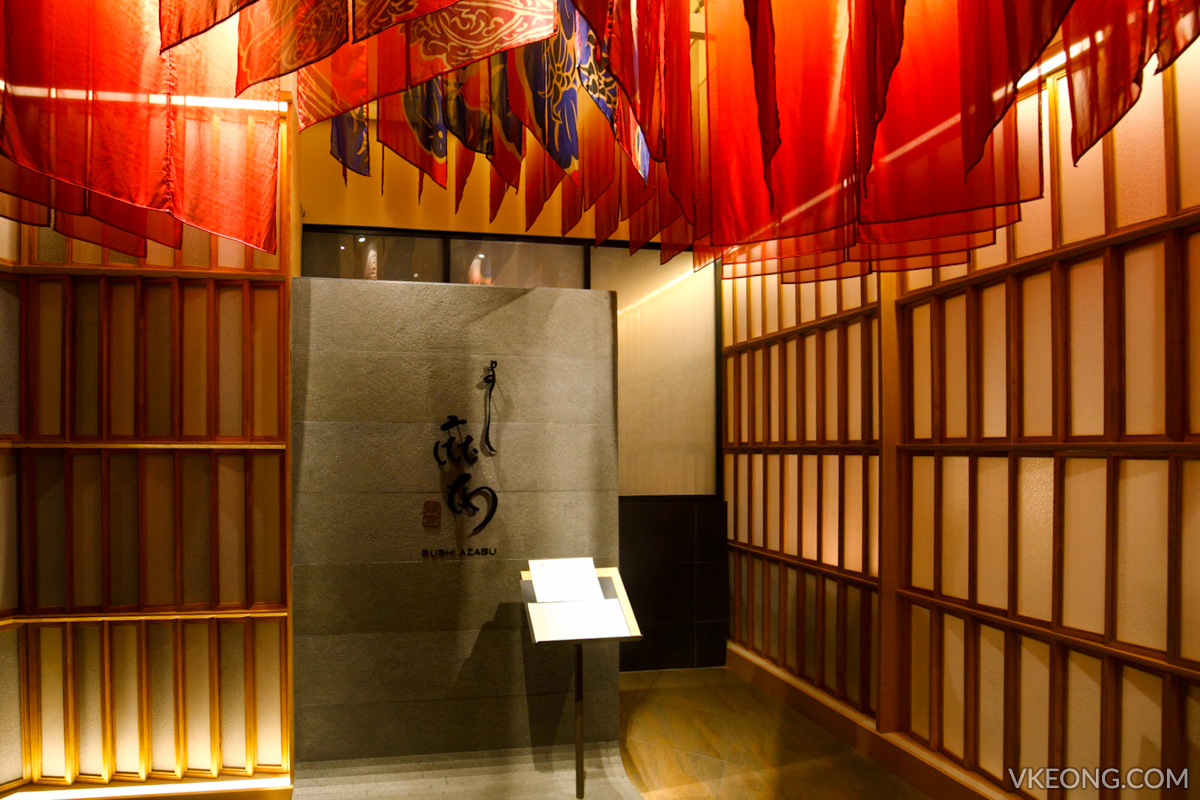 Overall it was a great dining experience and we were satisfied with the frehsness and quality of the sushi and sashimi. Based on our observation, the other patrons also seemed to highly enjoy their meals too. Their expressions showed it all, especially when they tucked into the Kinmedai and Uni sushi.
Lastly, the items you get in the set menu may vary based on the current fish in season. Also, make reservations at least one day ahead (which we did) because we saw walk-ins being turned away due to the limited availability of the fish.