As a Penangite for more than 20 years, it was not until recently that I knew bawal goreng (fried black pomfret) is a popular dish in the mainland area especially at Juru and Sg Dua. There’s even a famous stall in the middle of an oil palm estate serving nothing but this dish alone. Looks like I have a lot of food exploration to do in Penang.
Anyway, one of the more convenient and hygienic eateries where you could easily get bawal goreng is at Sg Dua from a restaurant called Aziz Mee Pak Ngah. They also serve Mee Udang, which to me is kind of an underrated food that deserves more attention. 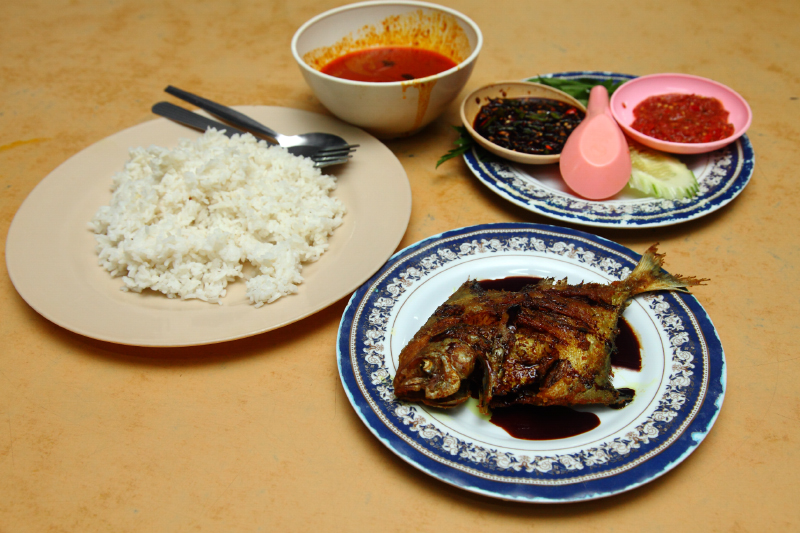 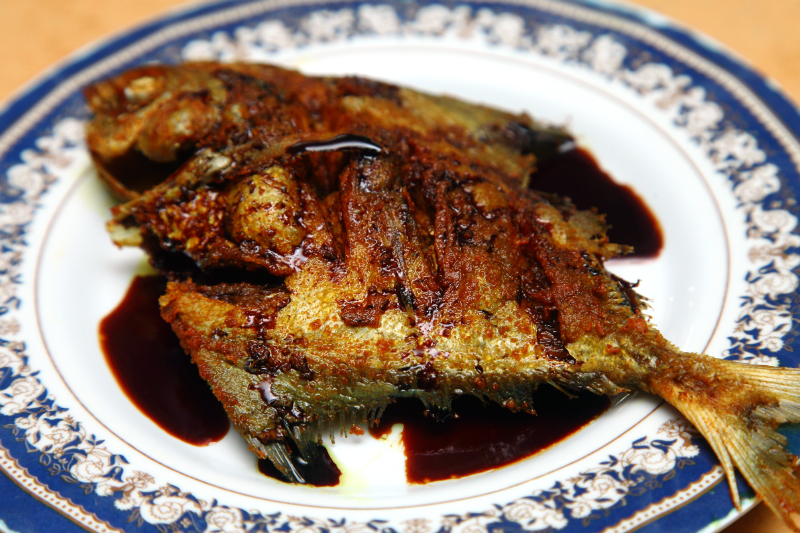 To be frank there’s nothing really fantastic about the bawal goreng, but there’s nothing bad about it either. I guess you could say it tasted just as expected. Nonetheless the sambal was good and helped to give a nice kick to the otherwise unexciting dish. Maybe the one at the oil palm plantation could be a lot better? I don’t know but I am keen to find out during my next balik kampung trip. 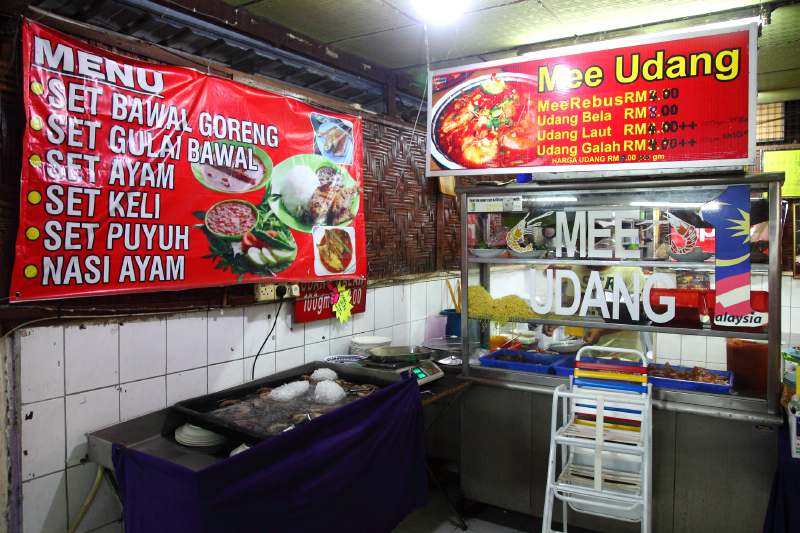 As for the Mee Udang you get to pick from a variety of prawns available – udang bela (reared prawn), udang laut (sea prawn) or udang galah (giant freshwater prawn). 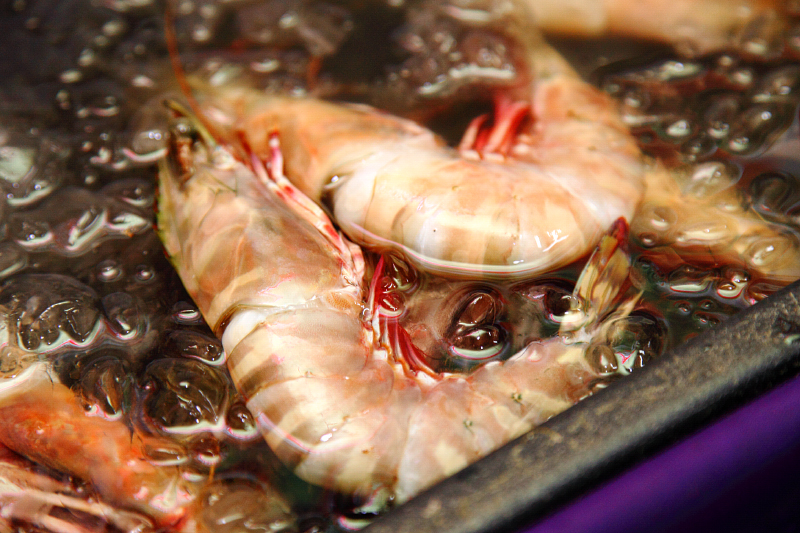 You could pick your own prawns if you want, they will just weigh and charge accordingly. Price wise it ranges from RM4 to RM8 per 100gm. It’s not exactly expensive but you still need to watch out as not to get a rude price shock later. 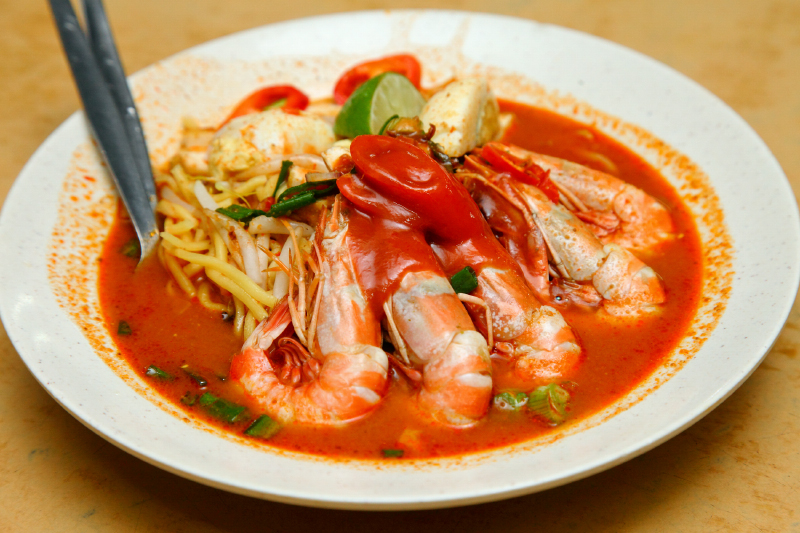 We did not bother choosing the prawns and simply placed an order for the Mee Udang Laut. If I remembered correctly it was RM8 and there were 6 medium sized prawns in this serving. 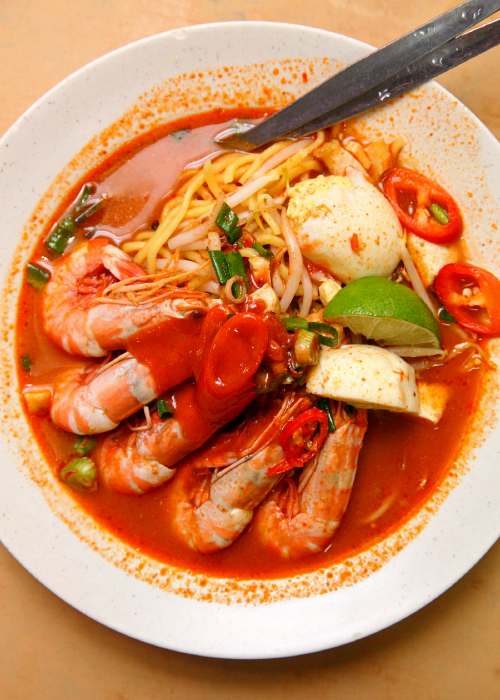 The Mee Udang was undeniably delicious albeit being slightly different from expected. Compared to Ayu Mee Udang, Pak Ngah’s prawn gravy is more similar to mee rebus’ and not as thick.
The prawns served were sea tiger prawns with a thick but easy to remove shells. They tasted pleasantly sweet and I enjoyed sucking the juices from the prawn heads. We finished everything and there was not a single drop of gravy left at the end. 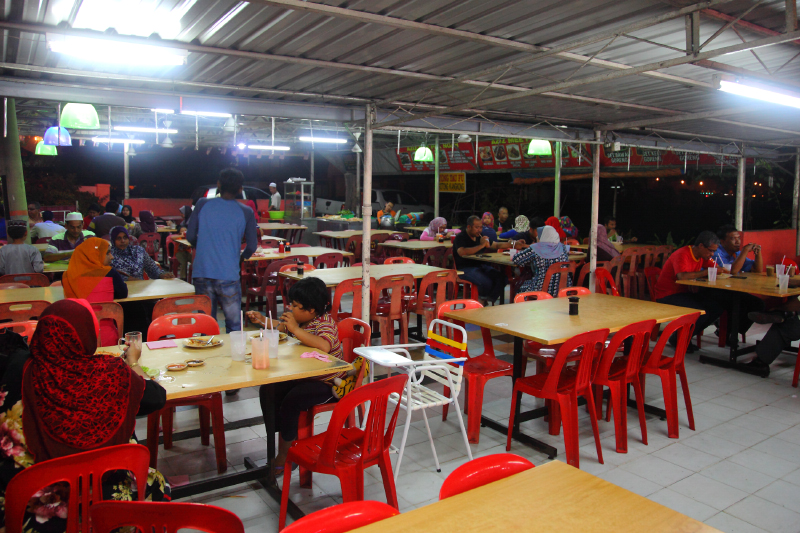 Personally, I still feel Ayu’s Mee Udang is better because they use a different breed of prawn that’s just so much bigger and satisfying to tuck into. But if Balik Pulau is too far, maybe Pak Ngah’s will suffice to whet the appetite.
After this, you might want to hop to Sg Dua Char Koay Teow for a second round (which I actually did) since it’s only a stone’s throw away.