Bad Beat Burger is a D.I.Y. burger stall where you build your very own burger starting from RM6.90. It is run by a group of young entrepreneurs at Kepong Food Court and from the looks of it, they are doing quite well because their burgers are selling like hot cakes. 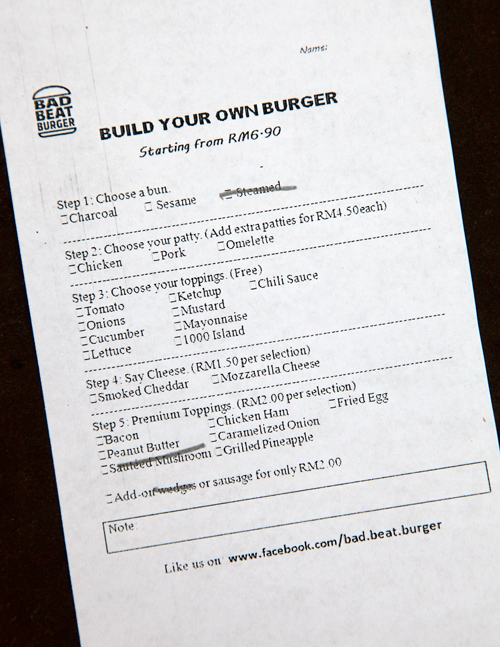 Although the ordering chit doesn’t list it, lamb burger is also available. Feel free to stack your burger with anything and everything as long as your budget allows. I have seen some customers who ordered their burgers as tall as their faces for sharing, or for bragging rights on Facebook.
Anyway, for those who want to skip the customization step, you can get their pre-built burgers such as lamb supreme, beef classic and Hawaiian supreme. 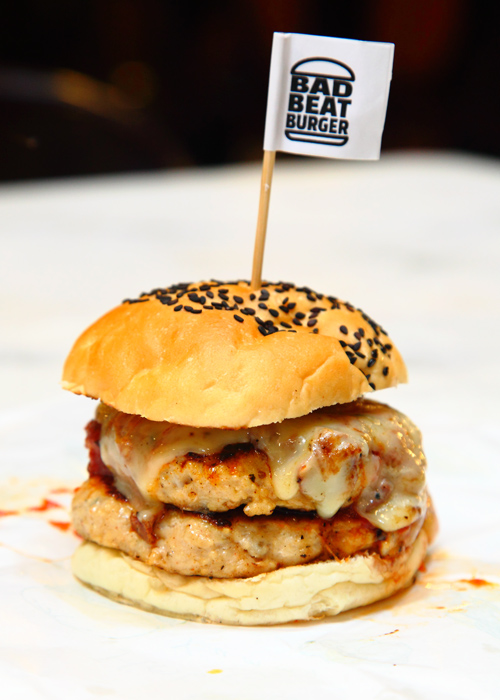 During our visit the beef patties were sold out so we tried their chicken and pork burgers only. We had a double chicken burger with sesame bun first, which came with thick, meaty and juicy patties. Frankly speaking this was unexpected from a burger stall in a food court. 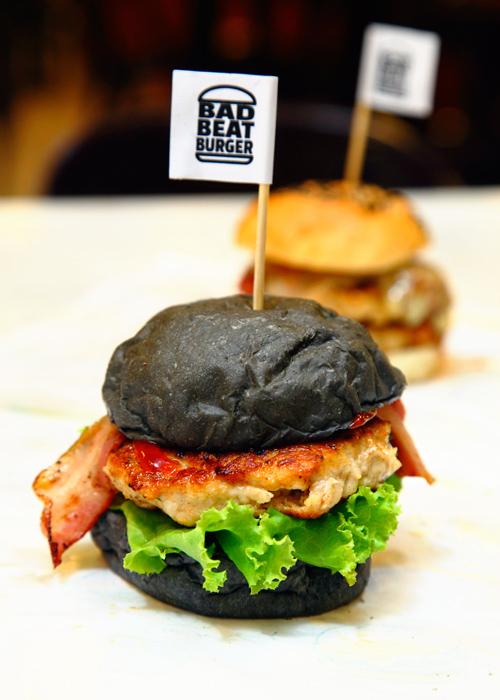 The pork patties at Bad Beat Burger are also thick and nicely seasoned for a flavorful bite. We opted for bacon as one of the premium toppings and served in a charcoal bun. While there’s hardly any difference in taste, the charcoal bun is noticeably softer and fluffier. 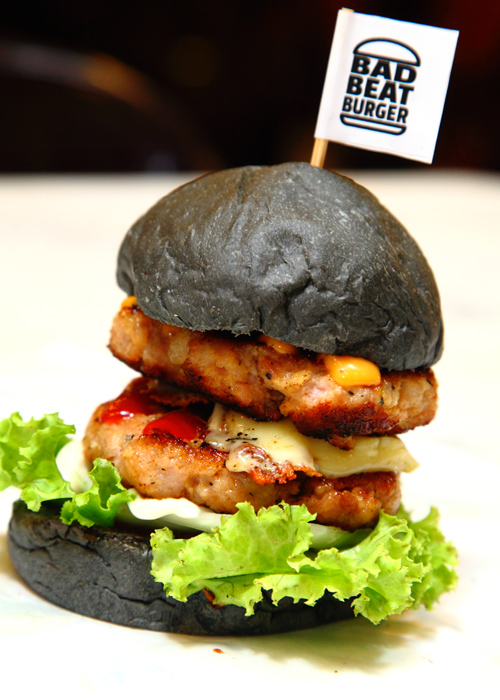 Impressed with the pork burger, we ordered another one with extra patties (RM4.50 each) and enjoyed every bit of it. Bad Beat Burger may not be as gourmet as the other bigger players in the burger space but their homemade patties could give them a run for their money.
That said, if they truly want to compete with the big boys, they need to conjure up their own homemade sauces from scratch instead of using store-bought ones. 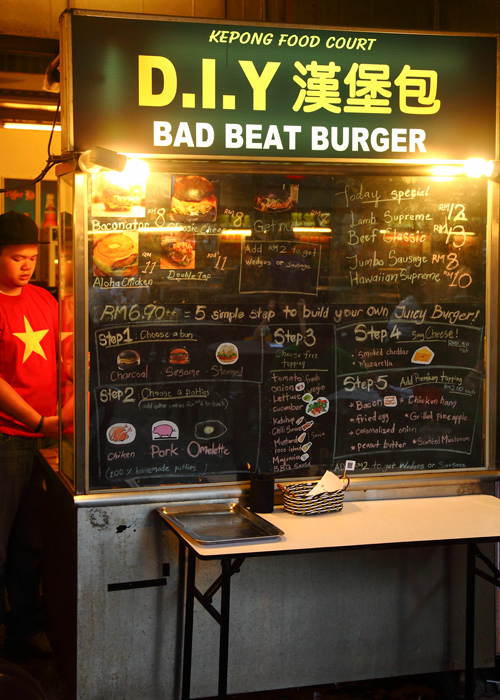