Fancy a BBQ and grill on the rooftop under the stars? Then Bangoya should be on your list. Located right above Kissaten at Jaya One‘s Palm Square building, Bangoya is a relaxed Yakitori and Yakiniku Izakaya that also features a range of sake, shochu, cocktails and beer. It’s a cool place to unwind and have a drink accompanied with a variety of small dishes after a long day. 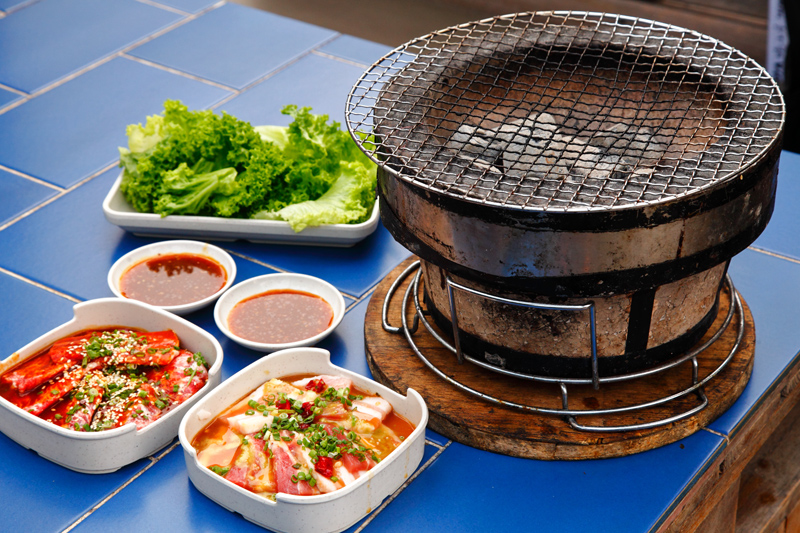 Yakiniku is a must here – time to get down and dirty and grill your own food. That’s already half the fun and you’re paying for to enjoy the process. The rest can wait. 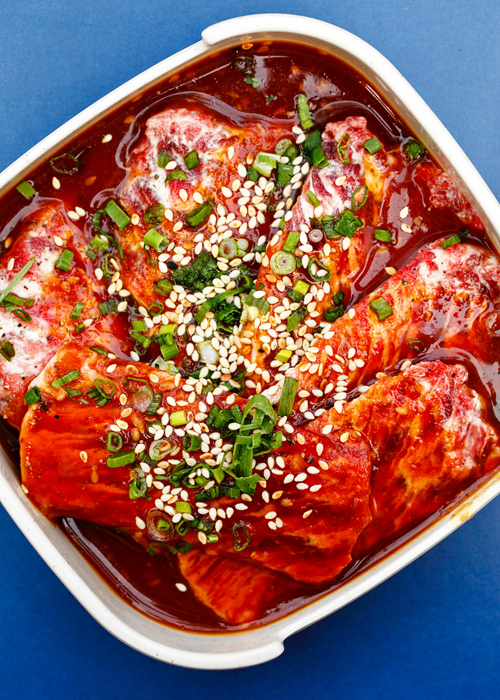 Beef tongue was not available during our visit (boo!) so we settled for what I think is the second best option – ZO Sirloin @ RM26. I have no idea what ZO means but that doesn’t matter because you simply won’t go wrong with this. The cuts are sufficiently thick and each slice has an incredible amount of marbling which makes them tender and juicy to bite. Not to mention the marinade is great as well. 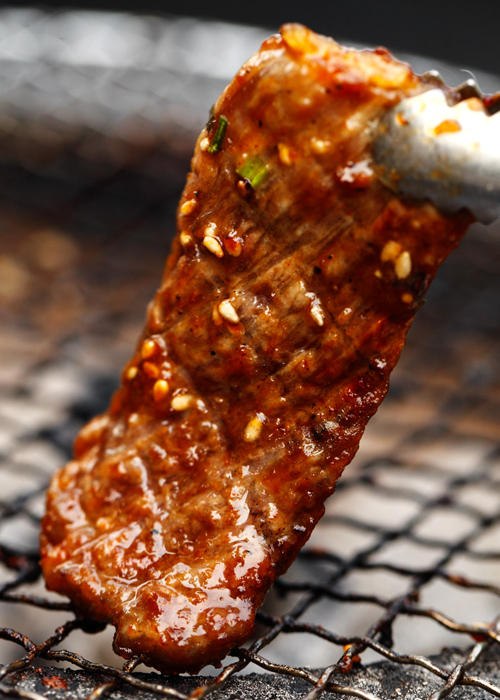 One to two minutes on each side and it’s done. Eat it on its own, with rice or wrapped in lettuce. It’s delicious in any way. 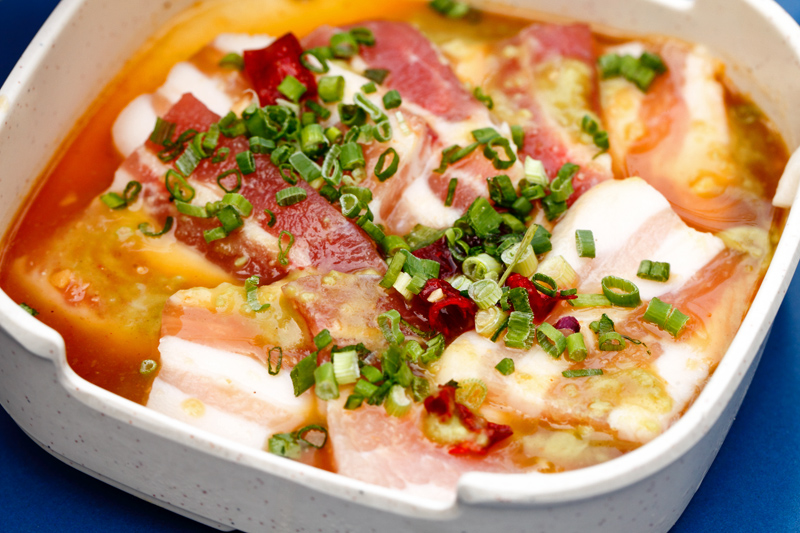 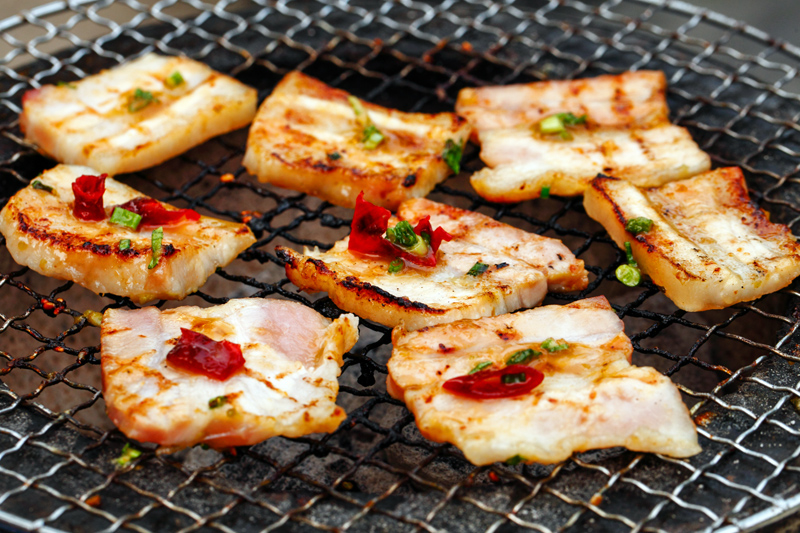 The Buta Misoyaki @ RM12 sounds interesting, and I like to think we made the correct decision by ordering this. It’s basically thick slices of pork belly in a supposedly spicy miso sauce but the heat is non-existent. Nevertheless, it’s undeniably good and definitely worth getting. 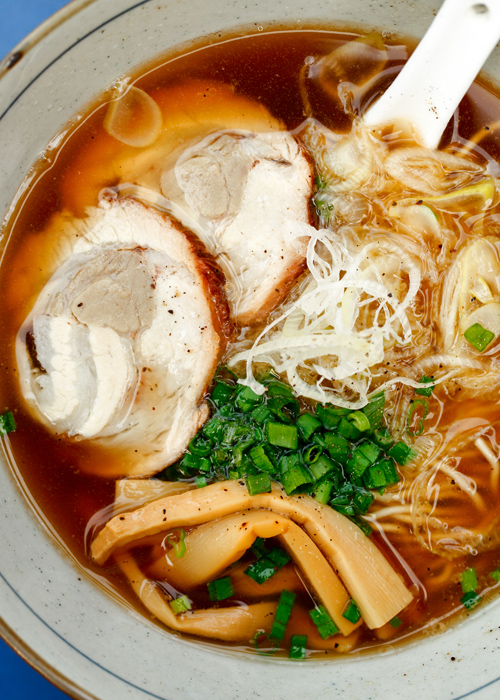 Ramen‘s on the menu as well and it’s RM12 a bowl. As long as you don’t expect it to be in the same league as the other ramen chains, you’d do just fine. It’s considered decent for the price. 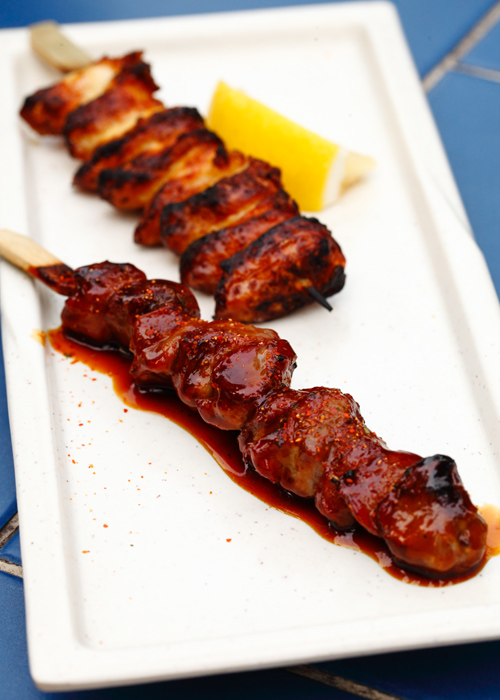 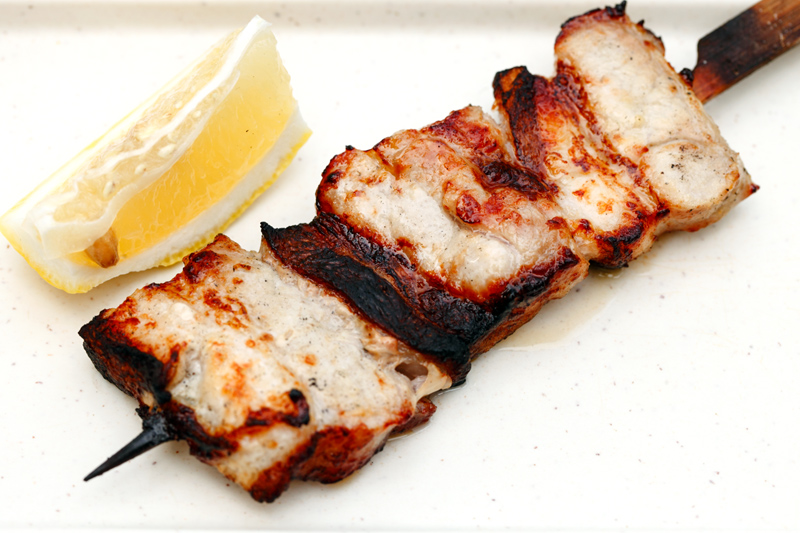 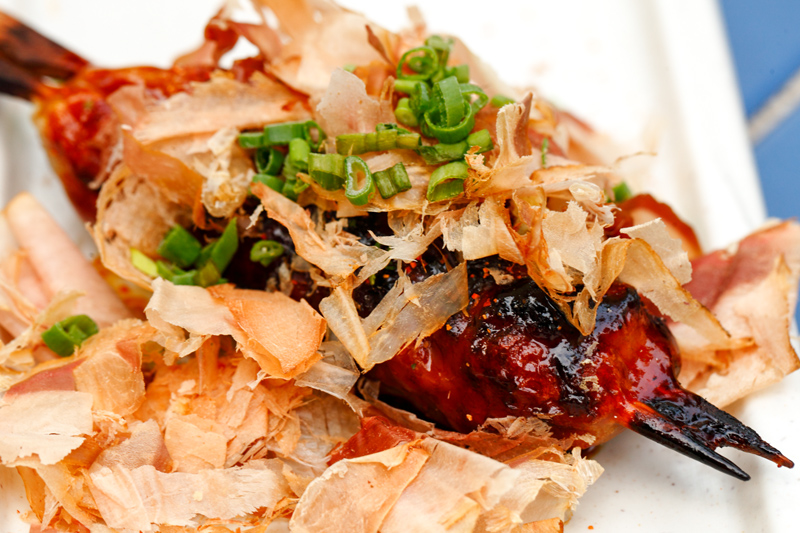 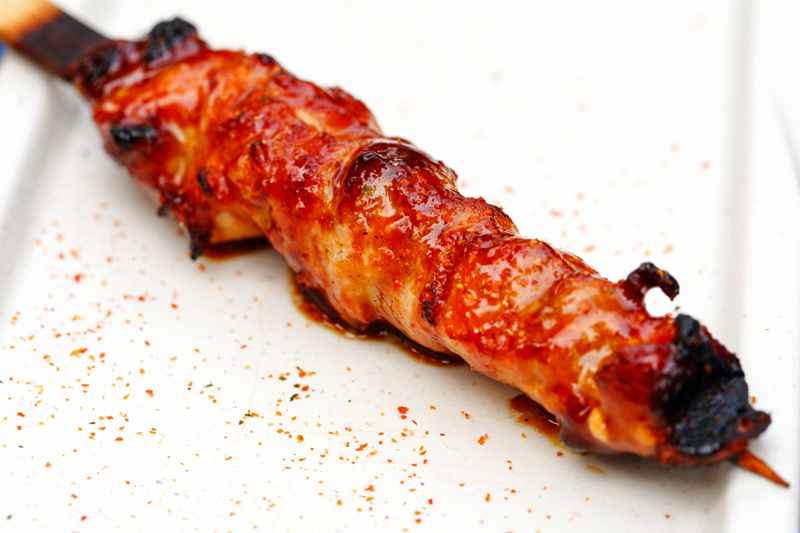 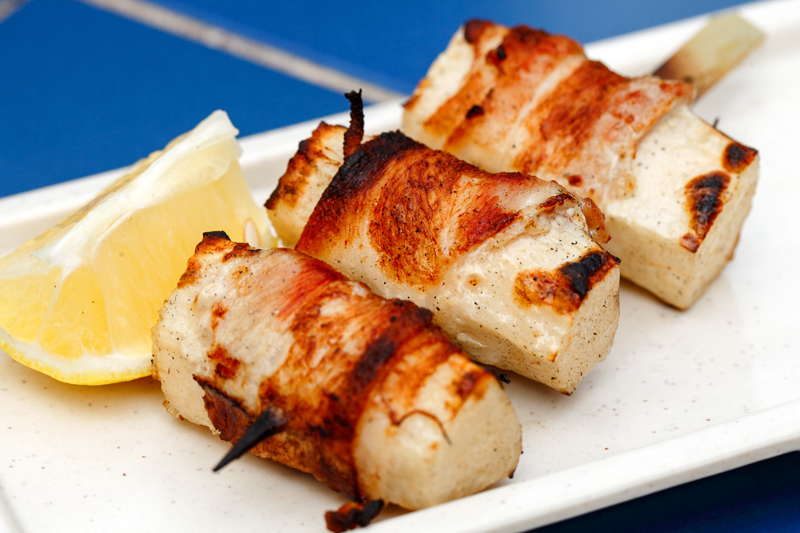 Now for the Yakitori, everything we had was tasty except for the Nagaimo Pork Belly (shown above, RM7), which we have mixed feelings with. Nagaimo is a type of mountain yam, quite tasteless with a crunchy texture similar to an apple. Among the skewers we ordered, the Tsukune Teriyaki @ RM5 proved to be the more memorable one. 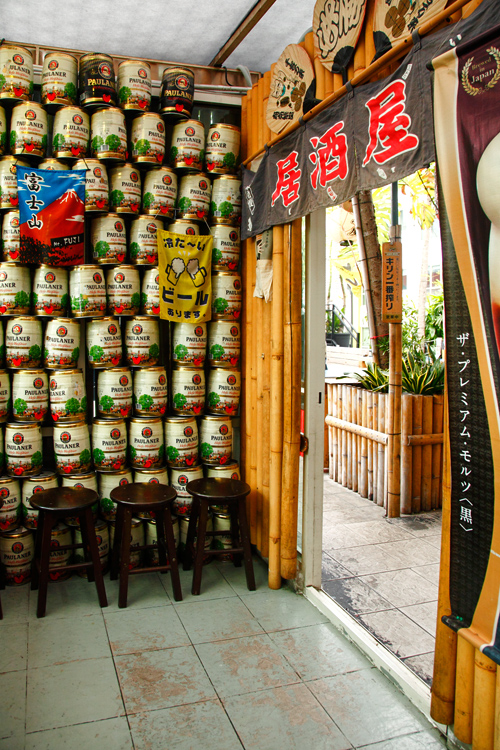 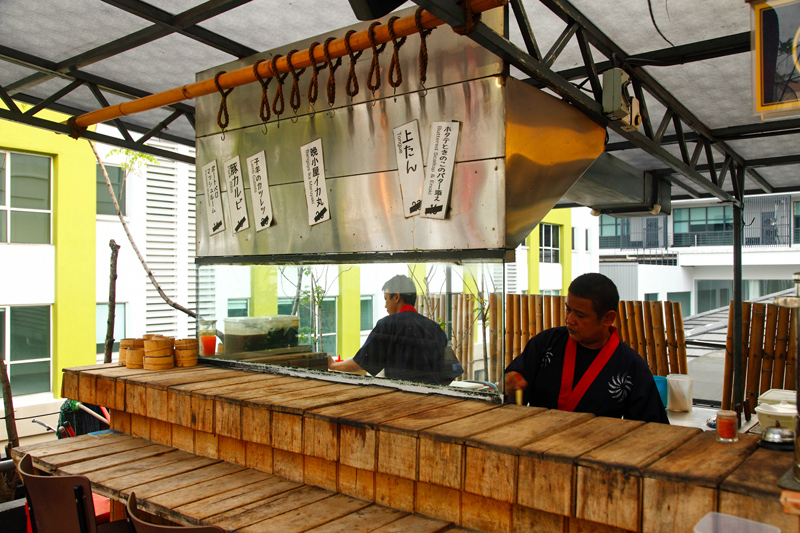 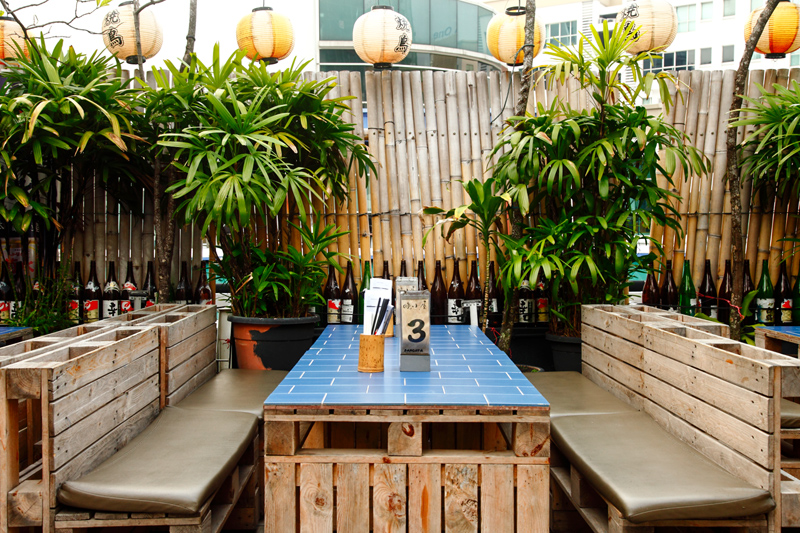 In total, we paid a little more than RM110 for the entire meal. With all things considered, it was a fair deal because we ordered a lot of food. That said, KNK at Desa Sri Hartamas is still unbeatable as far as Yakiniku is concerned. If atmosphere is a bigger deciding factor, then Bangoya will be a better bet. 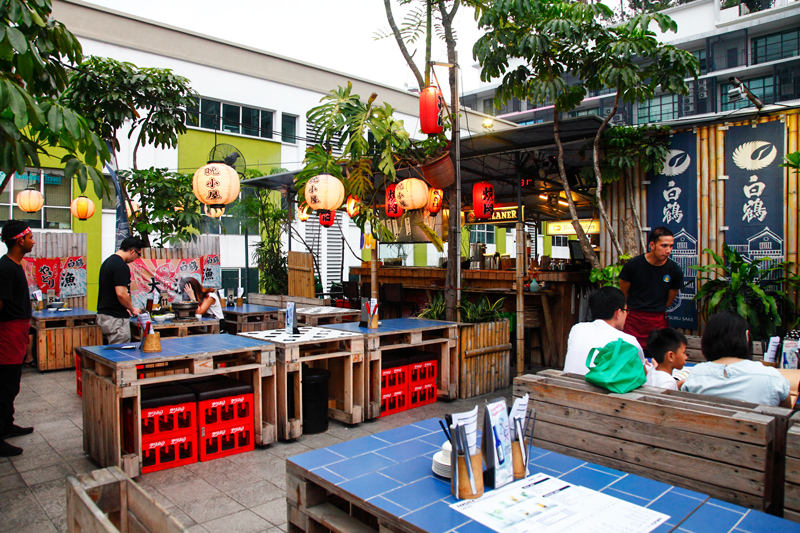 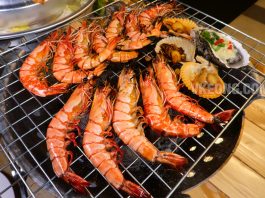 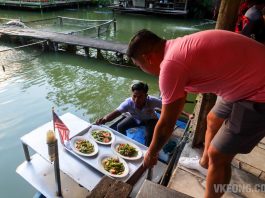