Today is the 31st. So, Baskin Robbins is giving out 31% discounts on hand-packed ice creams! Went to Alamanda Putrajaya earlier this afternoon to get hold of the great offer. I hope they will extend the offer to the rest of the menu like banana split, sundaes and beverages. If they really do that, that heavenly looking banana split would be the first on to eat list lol.

A pint costs RM23.50, after 31% discount it’s RM16.20. After including the government tax it would total up to RM17. It’s quite a nice indulgence for once in a while, don’t you think? So, did you have Baskin Robbins ice cream today? It’s still not too late to take advantage of the offer now, go go go! 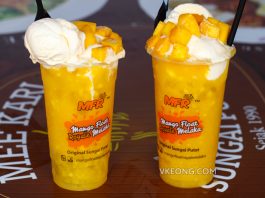 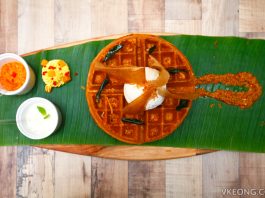 Cafe June 15, 2017
ABOUT US
VKEONG.COM - Malaysia Food and Travel blog with reviews of restaurants, hawker and street food in KL, Penang, Melaka and beyond.
Contact us: vkeong@yahoo.com
FOLLOW US
© VKEONG.COM - All Rights Reserved