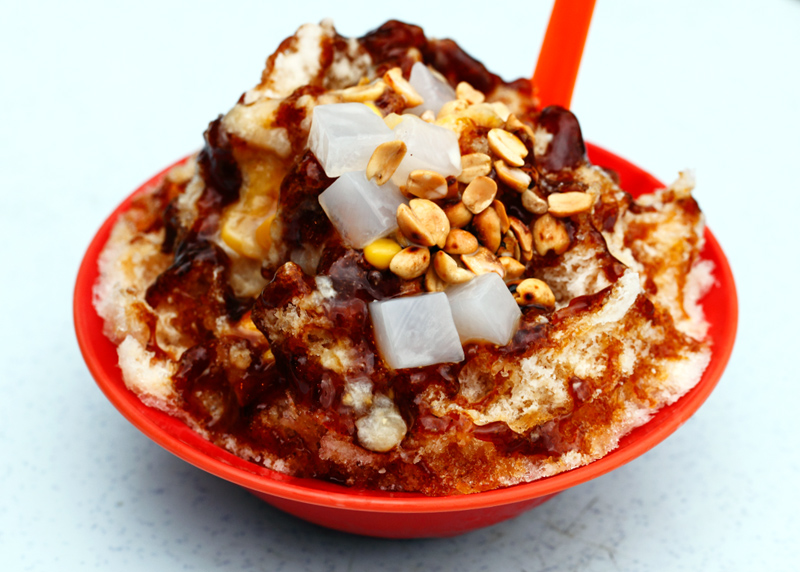 Without a shadow of a doubt, the best ABC stall in Kepong can be found in Taman Bukit Maluri. We discovered it by accident while having our favorite Char Koay Teow at Top Kitchen. Now, it has become our routine to enjoy the ABC first while waiting for the noodles to come. 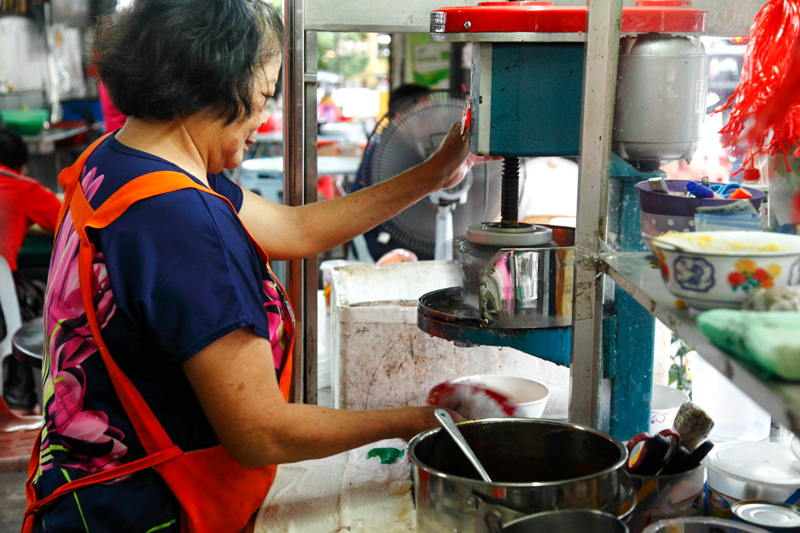 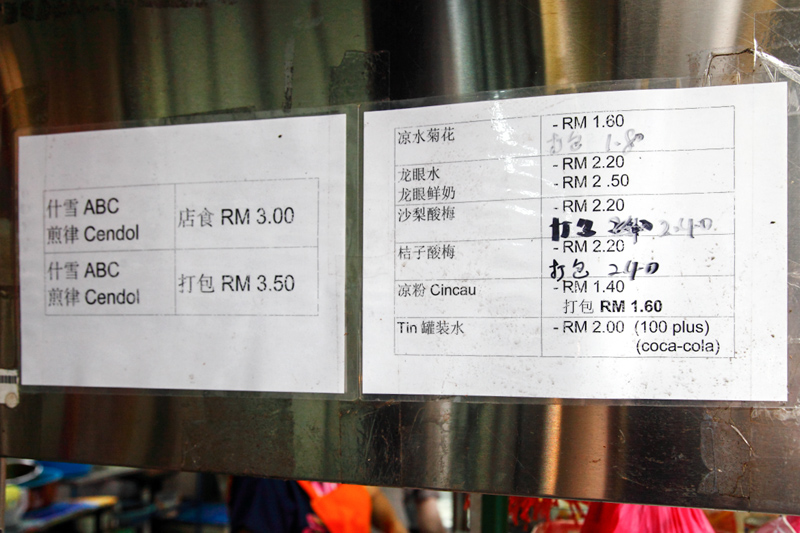 The ABC stall is manned by two elderly women: one prepares the drinks and desserts while the other helps out by taking orders and collecting money. Besides ABC, they also serve cendol and a pretty good longan with milk amongst other things. 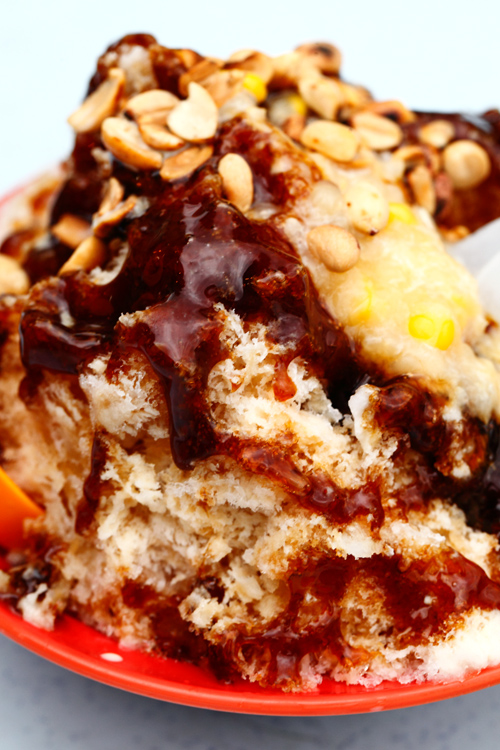 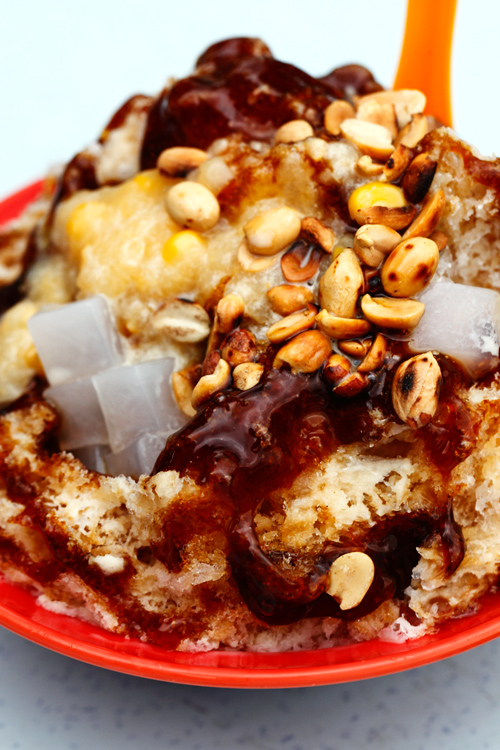 Fresh toppings aside, gula melaka is the most crucial ingredient in making any ABC/cendol. In fact, it’s usually defining factor that separates the good from the great. The quality of gula melaka used here is a class better than other places. It’s visibly thicker and instead of melting into the shaved ice, it forms a luscious syrupy glaze.
With that said, what you get for RM3 is a bowl of ABC with more intense taste and heightened fragrance of gula melaka. It’s really quite awesome. And as you can see, the shaved ice has a soft and silky smooth texture too which melts in your mouth. 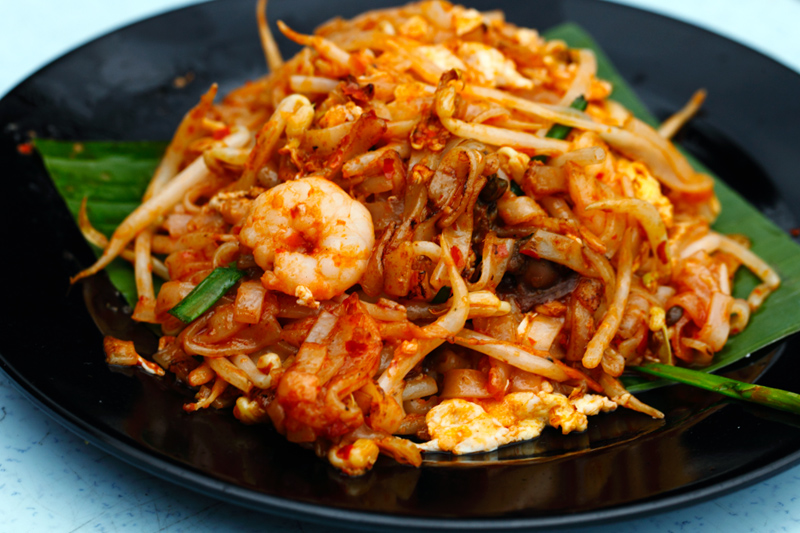 For those interested in the char koay teow, you can read about it here. If you are interested to try it, do come as early as possible because they have a knack for running out of koay teow quickly. Why couldn’t they just get more of it despite the demand – that’s something I will never be able to figure out. 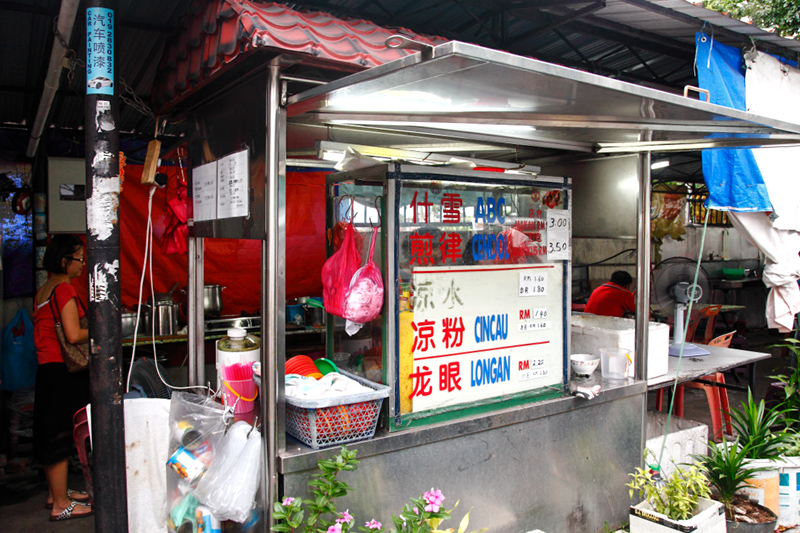