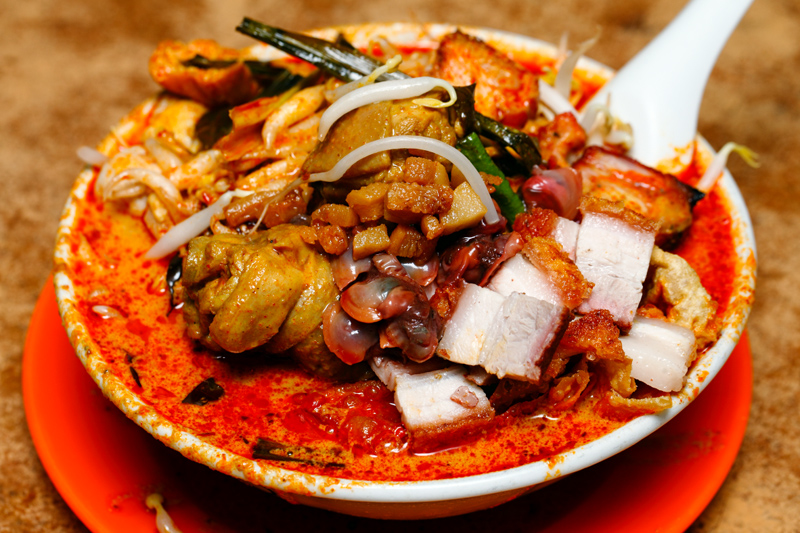 This obscene looking curry mee brimming with toppings needs no further introduction. It went viral online a few months ago and it’s probably the most sought after curry mee in town currently.
Thanks to the viral effect that’s still going strong, the curry mee is sold out even before the stall is ready for business. So I am going to cut to the chase and tell you the things that you need to know before making your way to Selayang. 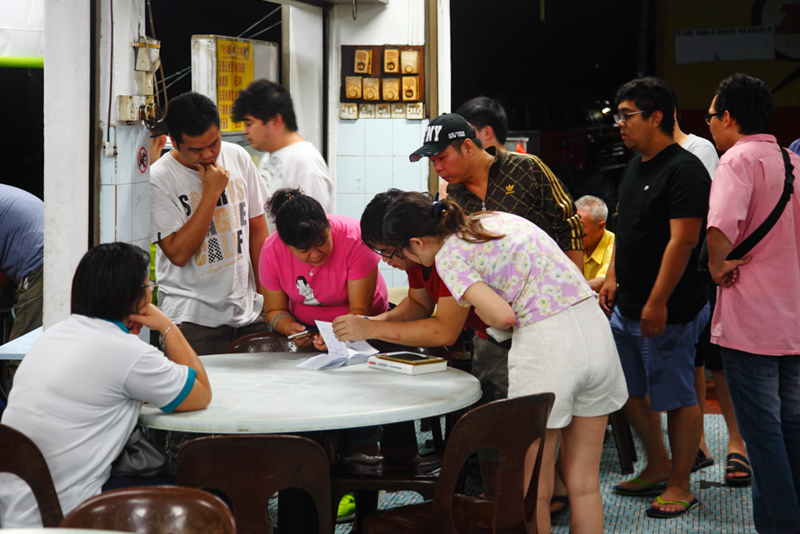 1. The coffee shop opens around 6.15 am so no point reaching here any time earlier. We reached there at 5.40 am and there were already people waiting outside. I thought I was crazy but apparently not the craziest.
2. The curry mee operators reach around 6.30 am and they will leave a booklet on the table for the customers to fill their orders. Time to get kiasu because even if you reach earlier, chances are people will cut your queue.
3. You only need to write down your orders (in Chinese) if you are having the curry mee. You will have a number after that.
4. If the number reaches 30+, you will be told that the curry mee is sold out because of multiple bowls and packets for takeaway in each order. Takeaway is usually not allowed in weekends. 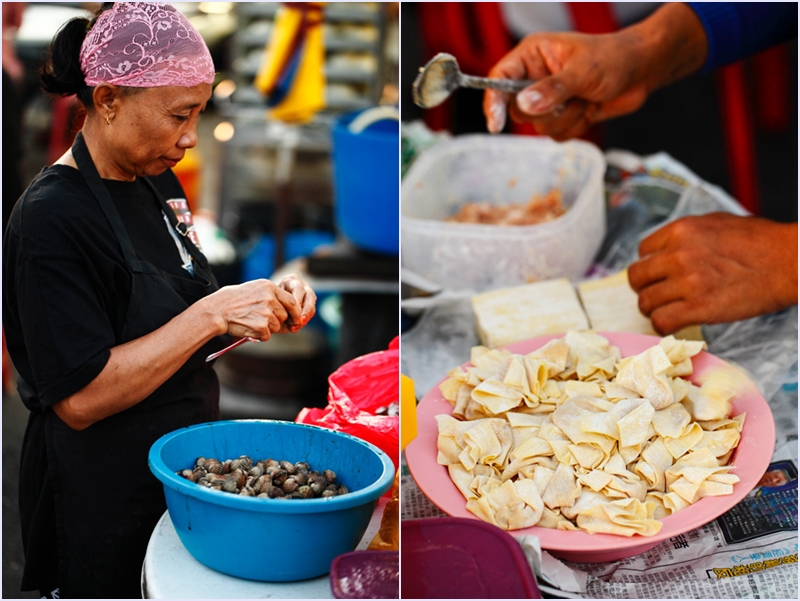 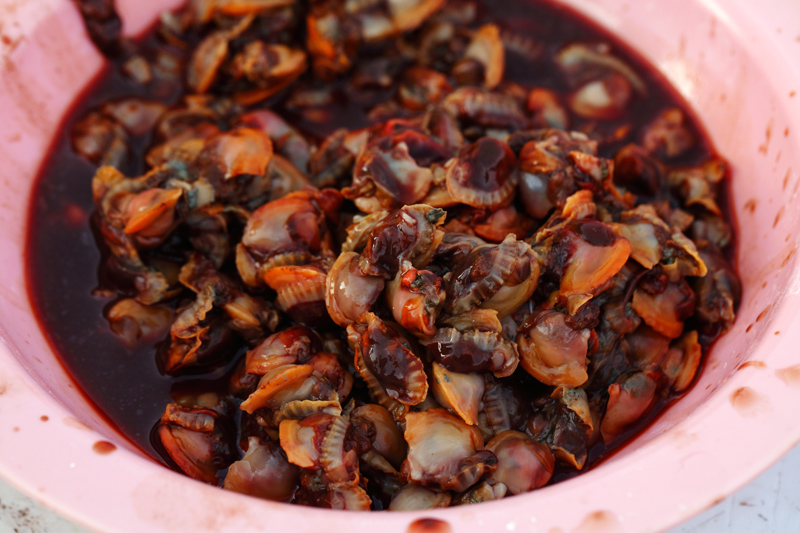 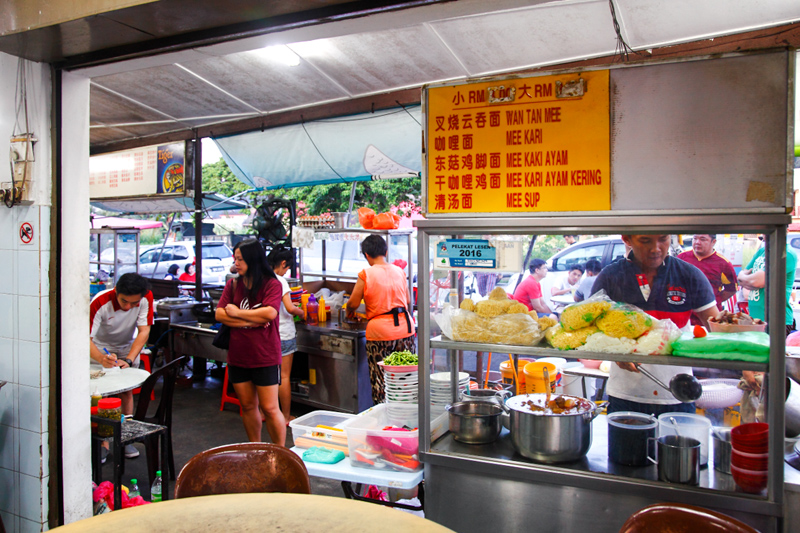 5. Between 6.30am and 7am: they start to prep the ingredients such as chopping up the roast pork, peeling the cockles and wrapping the wantans. The boss, Jason arrives around this time too. 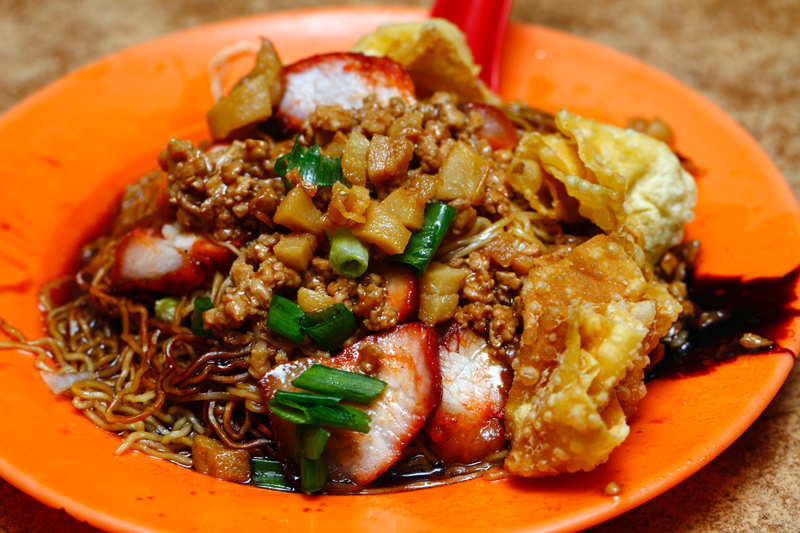 6. Jason begins to fry the wantans, he will only start serving his famous curry mee when the wantans are fully fried. You may order wantan mee now and there’s no waiting for it.
7. 7.30 am: he starts preparing the curry mee according to the orders filled earlier. Numbers are called out and you need to flag them to let them know where you’re seated.
8. 7.45 am: first bowl of curry mee is served. 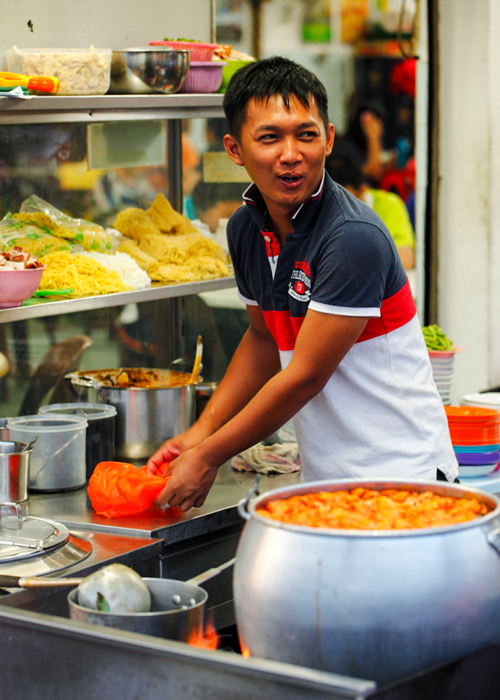 Jason’s a young chap who, despite his flourishing business, is still humble and friendly to his customers. The same goes for his parents and staff who are helping out at the stall. 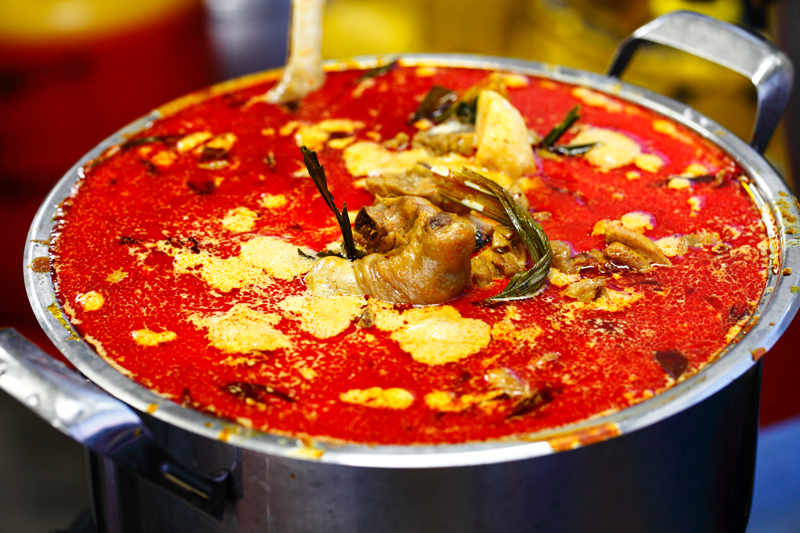 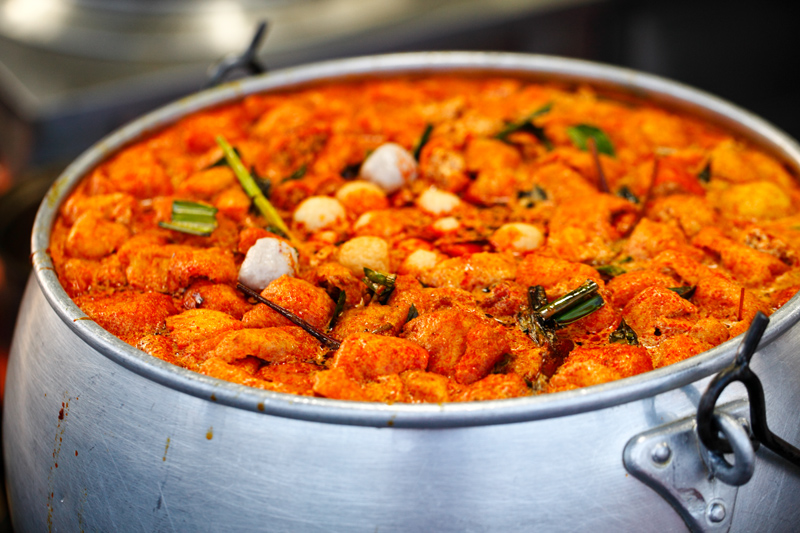 They only cook a pot of curry broth which explains the limited servings of their curry mee. Besides, curry mee is only one of their offerings. Other noodles they have include wantan mee and clear soup noodles. 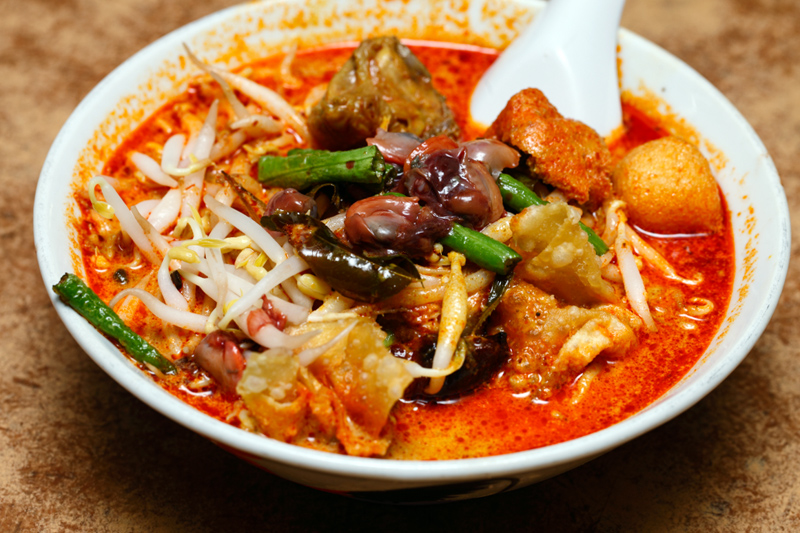 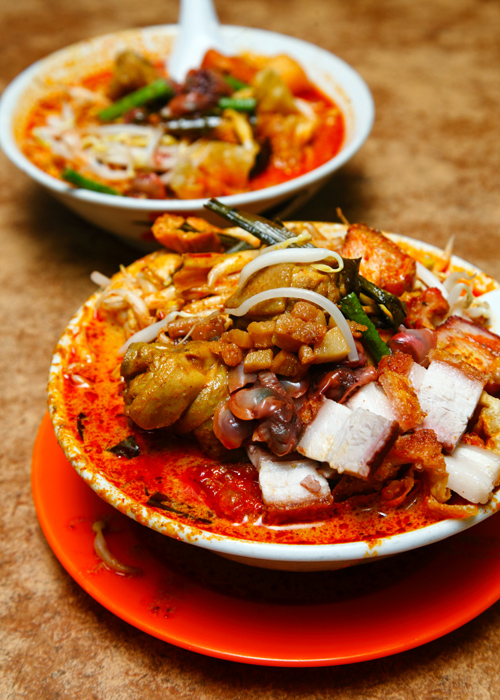 A normal serving without the additional toppings cost RM6, while the super big bowl version is RM9. 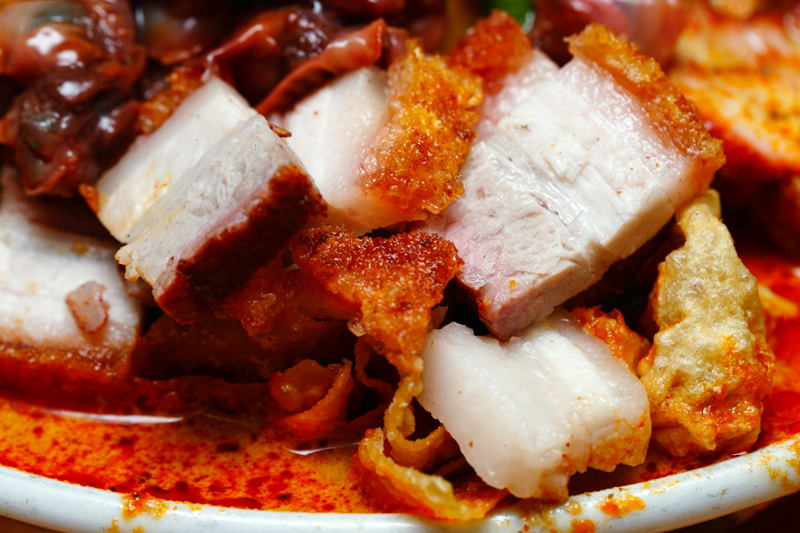 The toppings include: lard, char siew, roast pork, meat balls, fish balls, fried wantan, fresh (raw) cockles, chicken curry, long beans and fried bean curd sheets.
Personally, I feel RM9 for this huge bowl of noodles is worth the price, but it’s kind of ‘jelak’ after a few mouthfuls, and the feeling gets even worse after a while till the point it’s almost nauseating. 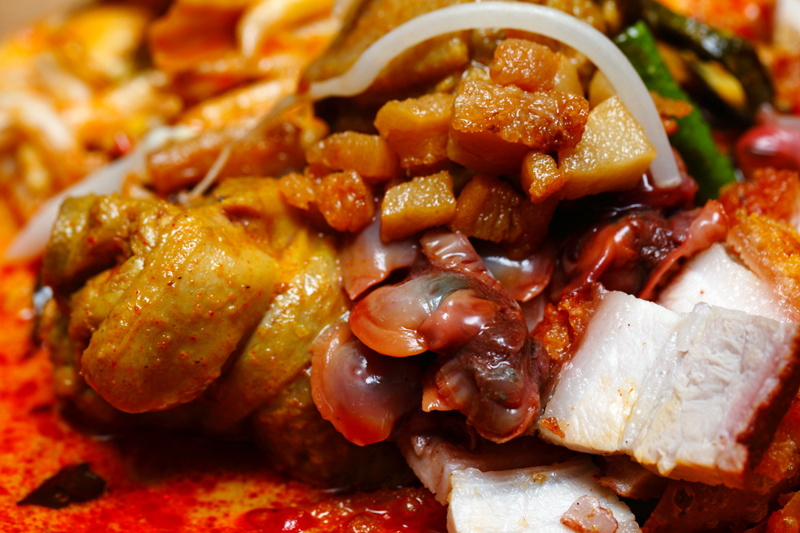 But as far as the ingredients are concerned, they are fresh and taste good on their own. The curry however, is a letdown for me because it’s not aromatic enough and laden with MSG. I think their wantan mee tastes much better and deserves the recommendation more. 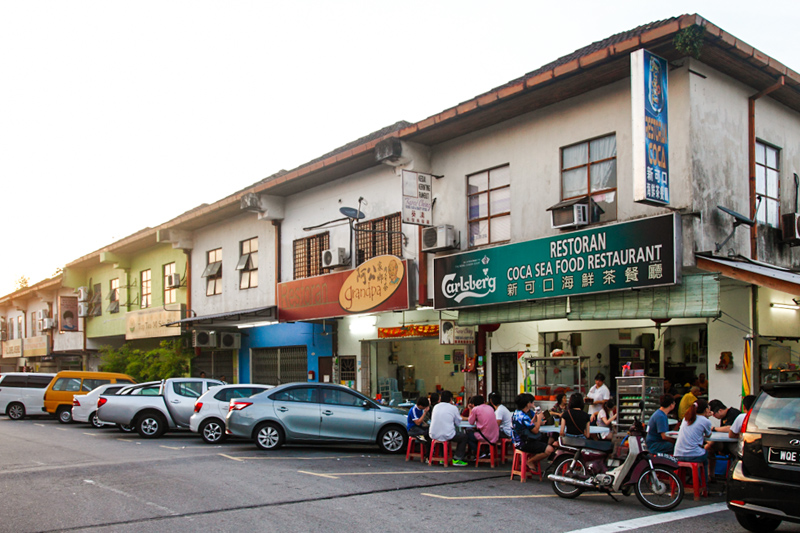 Although I wasn’t impressed with the curry mee, at least my curiosity was fulfilled so I had no regrets for waiting more than 2 hours for it. 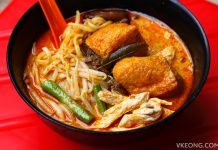