** THIS RESTAURANT HAS CLOSED PERMANENTLY **

First of all, the San Nae Deul at Ampang is unrelated to the other San Nae Deul Korean restaurants you see in KL. Somehow, they just happen to share the same name and without going into the mumbo-jumbo of who’s the original and whatnot, just know that they will be rebranded to Noonsaram soon.
In conjunction with the rebranding, San Nae Deul Ampang (Noonsaram) has recently launched a very affordable mini Ssam Bab buffet @ RM20nett for lunch and RM25nett for dinner. Due to this ongoing buffet, the a la carte menu is temporarily suspended, although I am sure they would prepare something simple like kimchi soup if you insist. 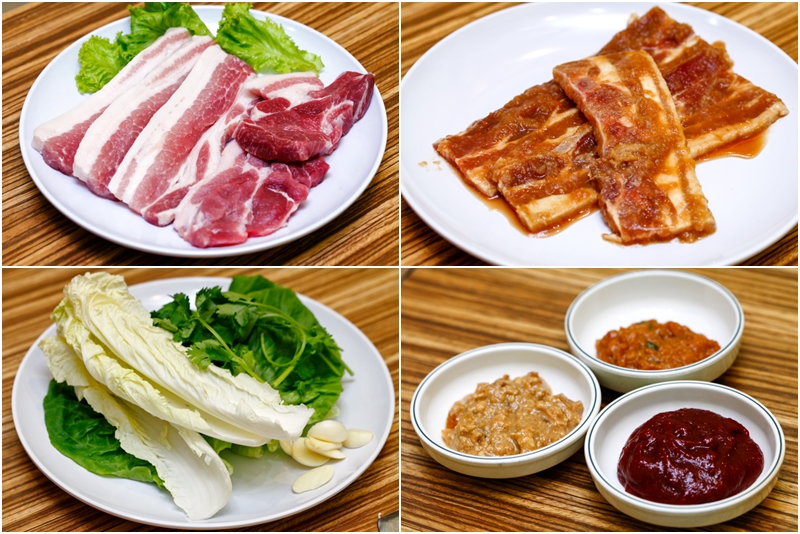 It’s called a mini Ssam Bab buffet for a reason because it features only 3 choices of pork, a dozen of banchan, rice, soup and vegetables. If you ask me, that’s pretty decent considering it costs only RM25. In fact, this might be the cheapest Korean BBQ buffet in town – worth a visit if you don’t really care about quantity.
The pork choices include Samgyeopsal (sliced pork belly), Boston Butt (upper pork shoulder) and spare ribs marinated in house sauce. 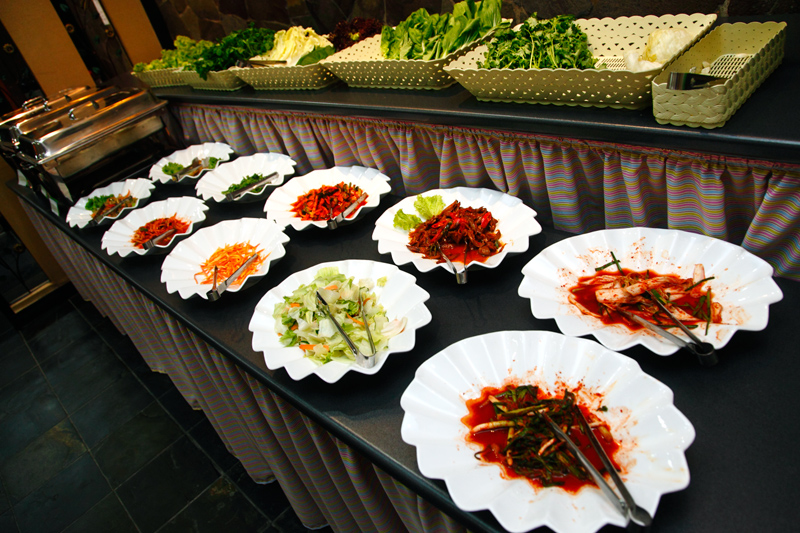 Banchan wise there’s more than enough to go around and the options rotate daily, so you probably won’t see the same line up twice. For vegetables you are not limited to lettuce only. Instead you get a lot more variety such as celery cabbage, perilla and bok choy on top of the usual green chili pepper and garlic. 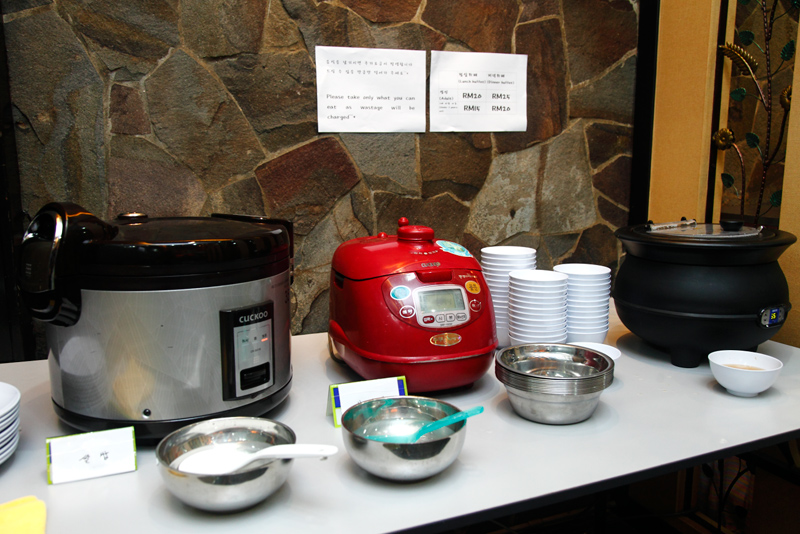 Rice, Korean rice (barley) and soup of the day. 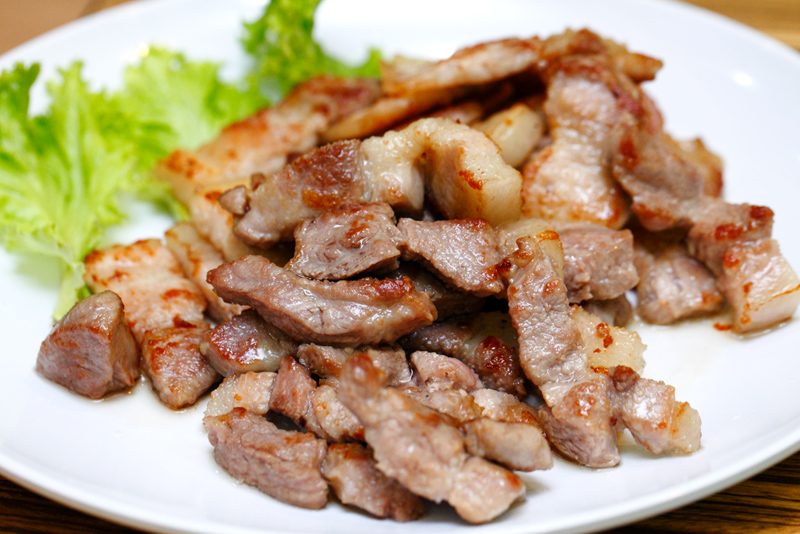 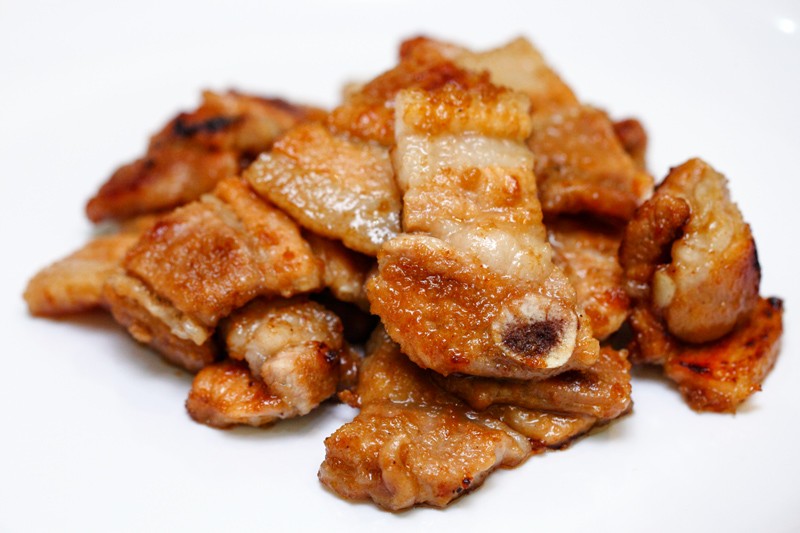 Since the BBQ buffet is also available for lunch, Noonsaram has taken the initiative to grill all the meat for the customers. This is to save you from smelling like a BBQ when you return to the office.
Simply pile up the meat you want on a plate, hand it to the staff, sit back and wait for the cooked meats to arrive. Our favorite meat has got to be the marinated spare ribs, so delicious you could eat them as they are without any condiments. 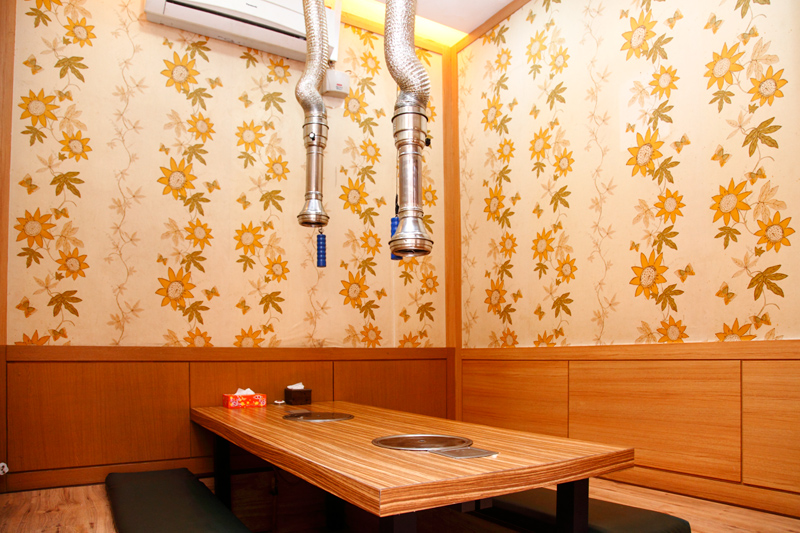 We were lucky enough to eat in one of the private rooms. It’s quite cozy and the air condition is pretty strong so the setting is really suitable for a gathering over smoking hot food. 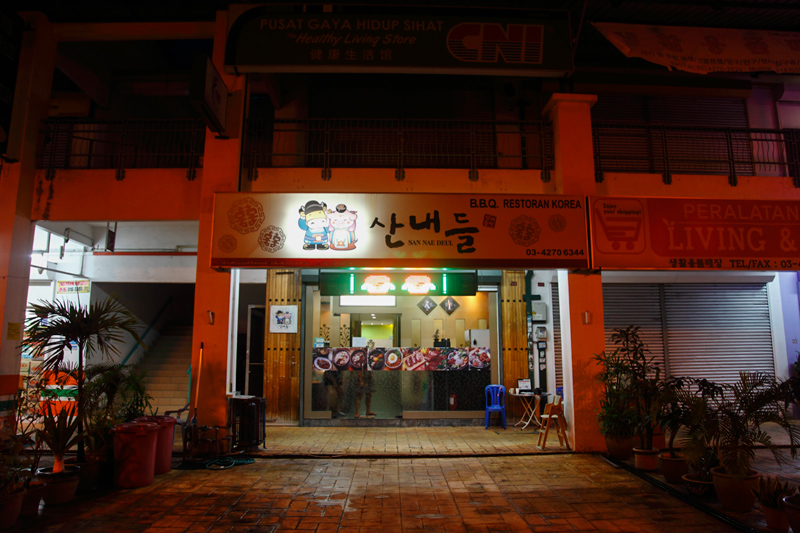 As mentioned before, the choices offered by Noonsaram’s mini Ssam Bab buffet are not as vast as the others, and that might be their only disadvantage. However for only RM20-RM25nett, one can’t really complain about it. 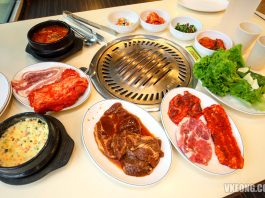 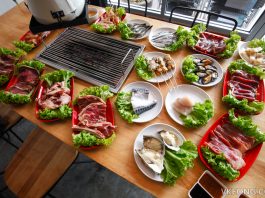 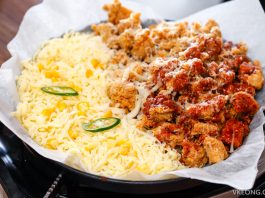 Korean Food June 4, 2017
ABOUT US
VKEONG.COM - Malaysia Food and Travel blog with reviews of restaurants, hawker and street food in KL, Penang, Melaka and beyond.
Contact us: vkeong@yahoo.com
FOLLOW US
© VKEONG.COM - All Rights Reserved