Ah.. Bukit Mertajam 大山脚’s famous duck egg char koay teow.. it’s been so long since I have eaten this. I have introduced this three brothers’ char koay teow before in my previous post so head there if you want to know more. The Hakka uncle remains a chirpy fellow and always smiling while frying. He was so happy when I told him his char koay teow is great and smiled for the camera. 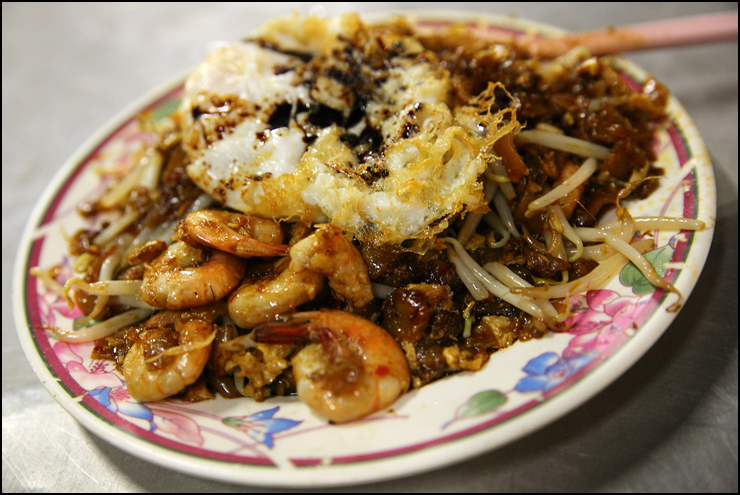 The price has gone up though, normal order costs RM2.50 while a big plate costs RM3.00 now. An extra duck egg sunny side up would be 70 cents. 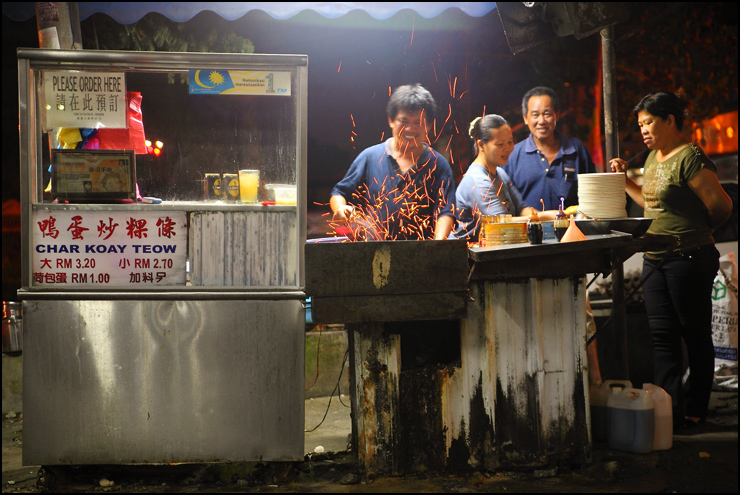 And finally I get to take a clear shot of his famous char koay teow, which was the greater reason I returned. My older photos were really blurry and not interesting at all. However, if you are a health conscious person you better think twice before coming because the amount of lard used is really a lot. On a second note, any BM kia has recommendations for nice CKT in BM area? I spend most of my days in Penang island now so I don’t have much time to go explore. Appreciate it if you can share, thanks.