If you think the burger trend has died off over the past year, the crowd of diners at Burgerbyte proves otherwise. Although it was way past dinner time, the restaurant was buzzing with activity and there was even a line just to order. The modus operandi at Burgerbyte is quite similar to any fast food except that the food is delivered to you according to your table number. 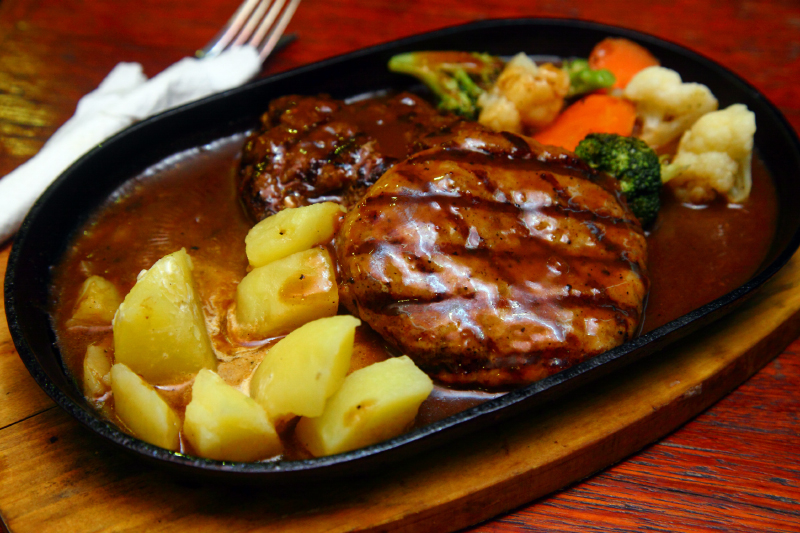 Besides burger there are a couple of snacks (nachos & fries), hot dogs, spaghetti (topped with burger patties), steaks (beef & salmon) and rice dishes. Among the many offerings here, the Naked Burger caught our attention the most.
Imagine a simple sizzling plate of chicken chop with boiled potatoes and buttered vegetables. But instead of chicken chop replace it with two meat patties which could be chicken, beef, lamb or a mix of the any two.
We had the Naked Combo (chicken and beef) @ RM19.80. The patties were good and juicy, albeit nothing too special so it was the delicious brown, peppery sauce that really made the difference. 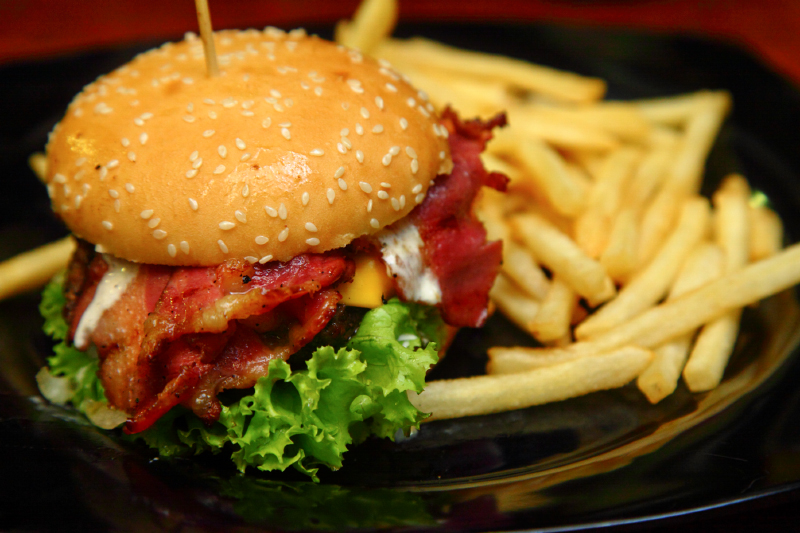 There is no lack of choices for burger here considering there are more than 10 different types of burger – all available in chicken, lamb or beef. For a more satisfying experience, you could further customize your burger by adding extra toppings such as cheese, patty, bacon and egg ranging from RM2 to RM7.
The Burgerbyte’s Beef Bacon Burger @ RM14.80 was a rendition of the classic cheeseburger followed by an extra layer of beef bacon. It was a well-rounded tasting burger with a nice balance of flavour. I like the fact that they did not overdo the sauce so the burger was not sloppy and held out pretty well on its own. However, the fries were lackluster at best and could certainly be better. 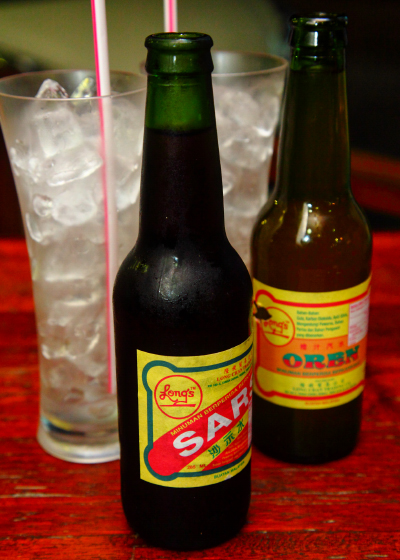 I have always been peculiar about these local soft drinks that look like they were bottled in a kicap bottle. So when I saw that Burgerbyte sells them I simply had to get my hands on one. We tried two flavours – Sarsi and Orange @ RM3.50 each.
The latter was quite disappointing – it tasted like a cordial drink with no carbonation at all. As for the Sarsi, even though it tasted a bit watered down, I felt it is worth a try (if you haven’t) just for the sake of it. Now I need to try the Cap Ayam from Kelantan. 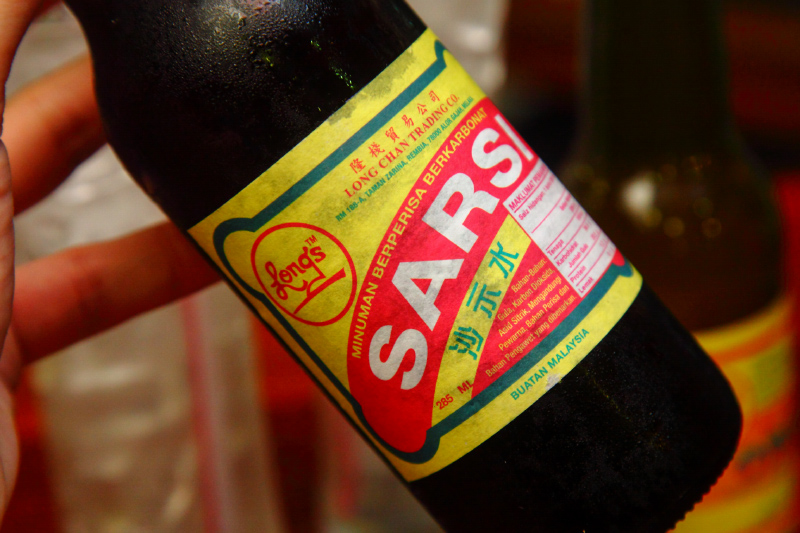 A closer look at the label, made by Long Chan from Alor Gajah. 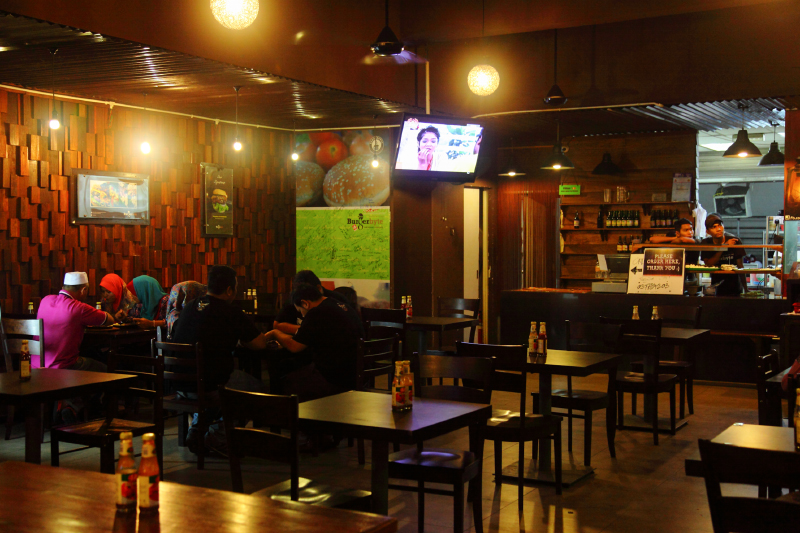 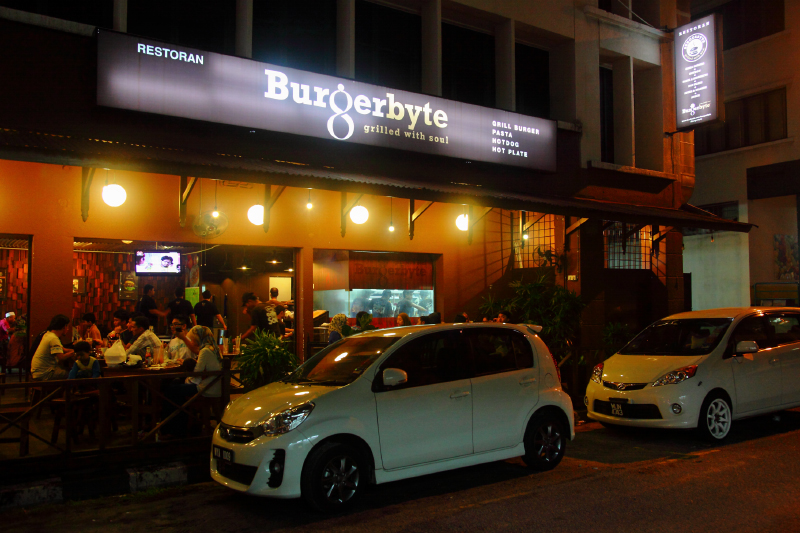