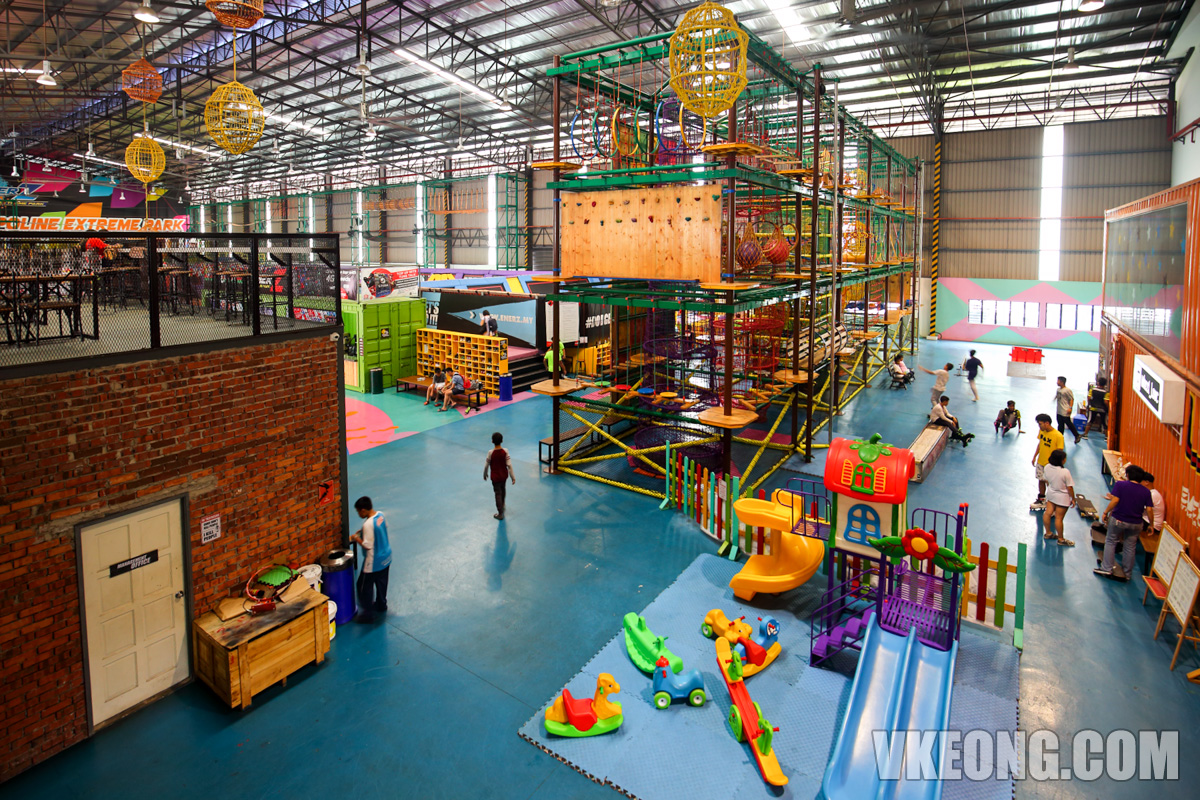 If you haven’t been to EnerZ Indoor Extreme Park, then you probably have not heard of their in-house burger bar called BurpGer Ź. Previously it was a cafeteria of sorts, but it had been transformed to serve burger and fries to better suit the appetite of thrill-seekers to the park. 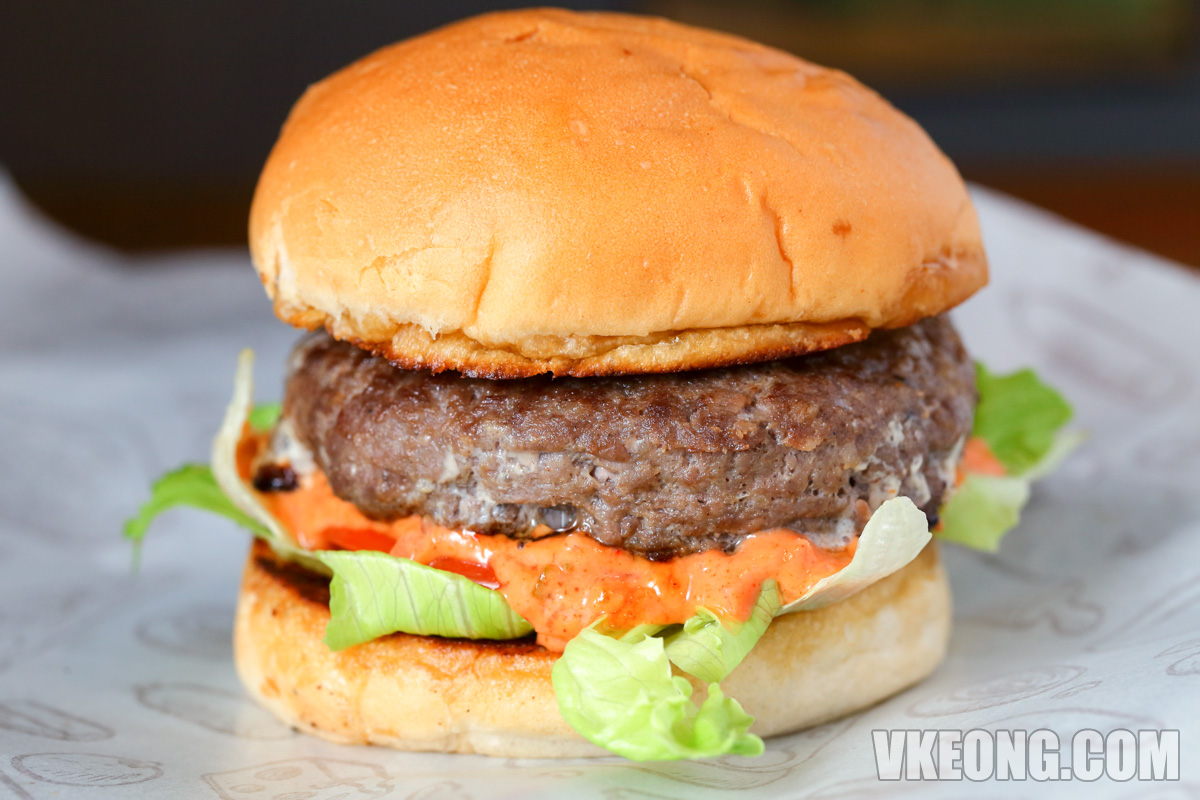 Currently, there are seven different burgers on BurpGer Ź’s menu and all of them are either beef or chicken based. Some are quite unique especially those with an egg inside the patties, but the thing that really sets them apart is their Flaming Werewolf Habanero hot sauce. It’s homemade from imported Habanero, one of the hottest chili pepper in the world. Because of that, the hot sauce comes in 6 different levels of spiciness to suit everyone’s needs. Level 1 is the mildest and 6 is the hottest. 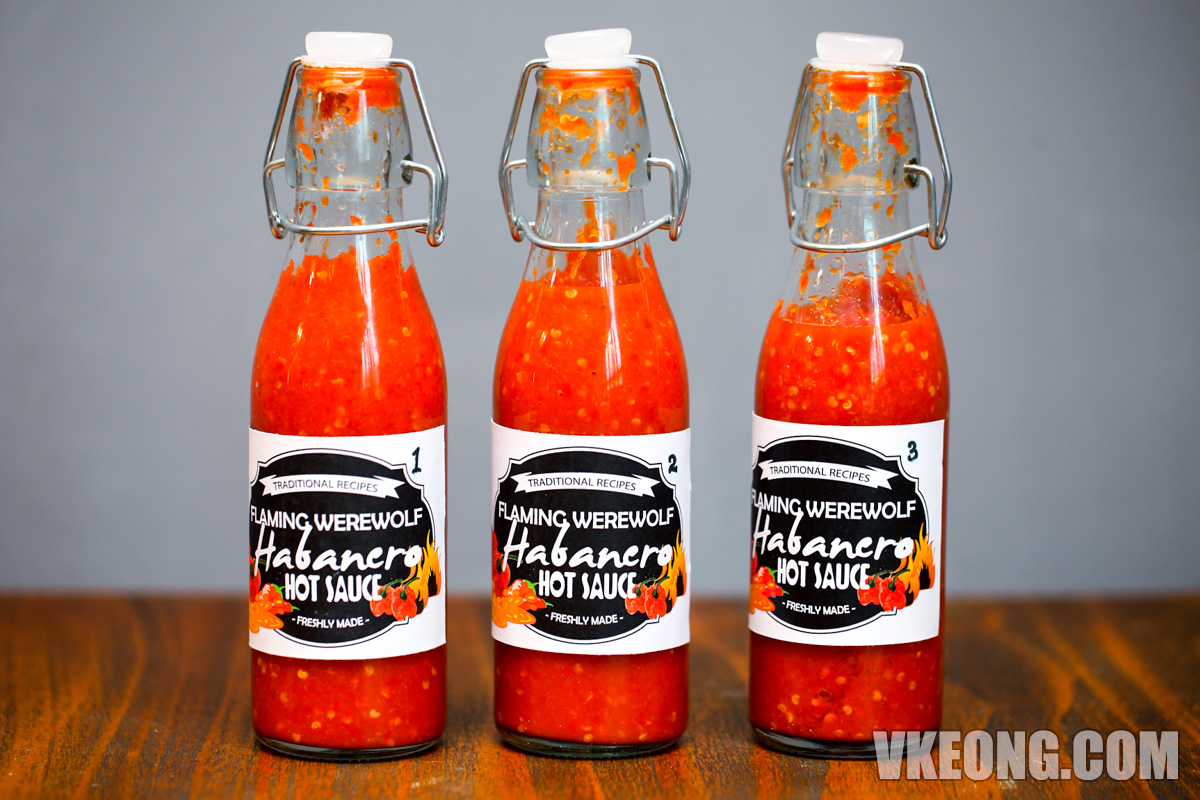 Just to be clear, you won’t be given the whole bottle to freely pour the hot sauce yourselves. Instead, you will specify your preferred level of spiciness and the hot sauce will be added into your burger. The hot sauce is provided free of charge if you picked level 1 to 3, but there will be a surcharge of RM2 for the rest. 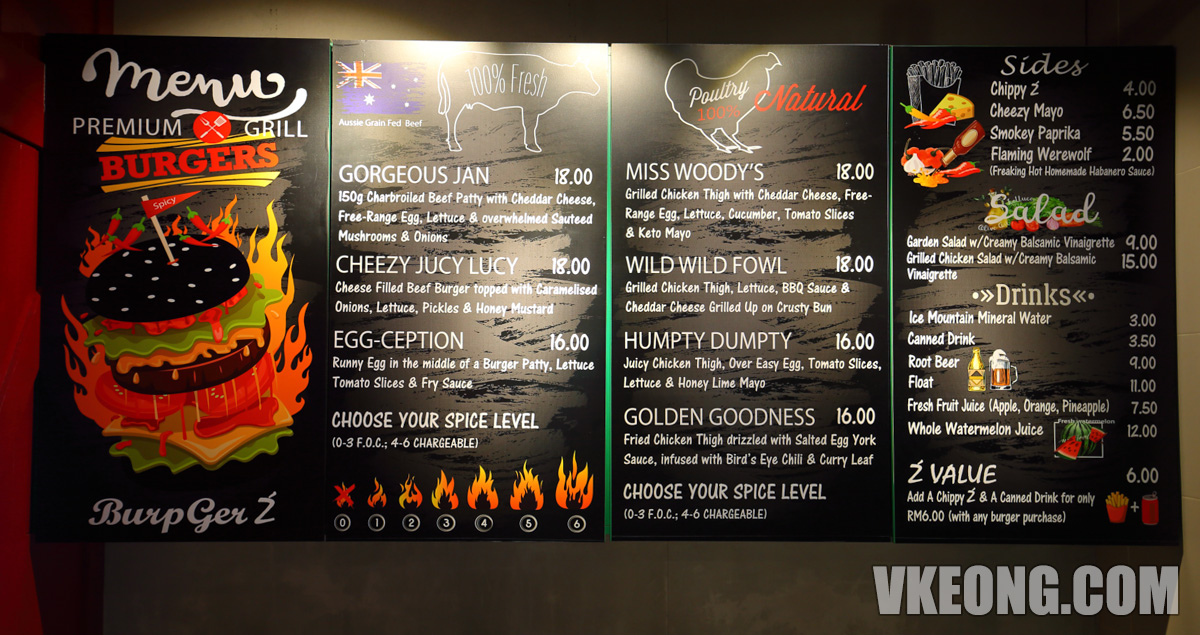 Personally I think level 3 is sufficiently spicy to add life to the burger. But if you do not mind forking the extra RM2 – I think the spicier ones are worth trying. They are hot alright, but not punishingly so till it covers all other flavors. Think of it this way, if you can handle ayam penyet’s sambal then this should not be a problem for you. 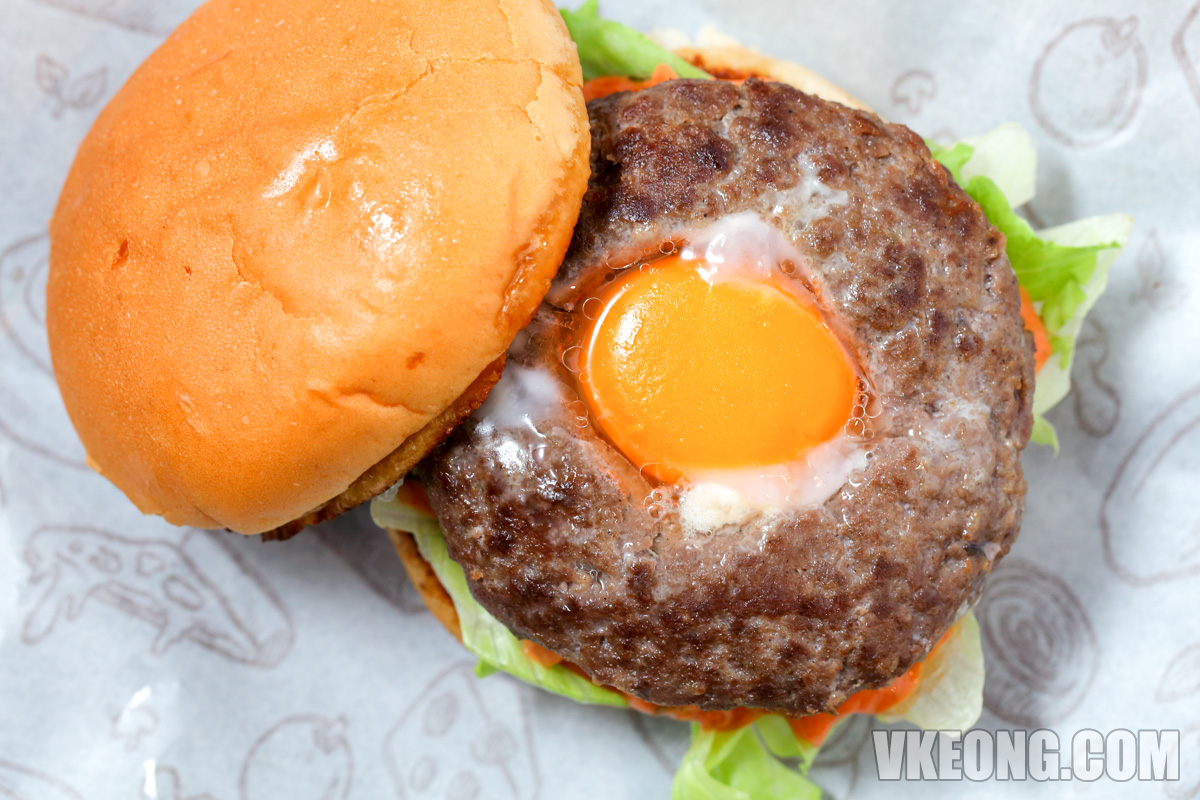 The staff highly recommended us the Egg-Ception @ RM16 which also happens to be the best-seller. Since it’s our first time here, we took her recommendation. It’s basically an egg in a hole beef burger with lettuce, tomato slices and fry sauce. By cooking the egg inside the patty, the yolk stays runny and the combination makes this burger a perfect choice for brunch. 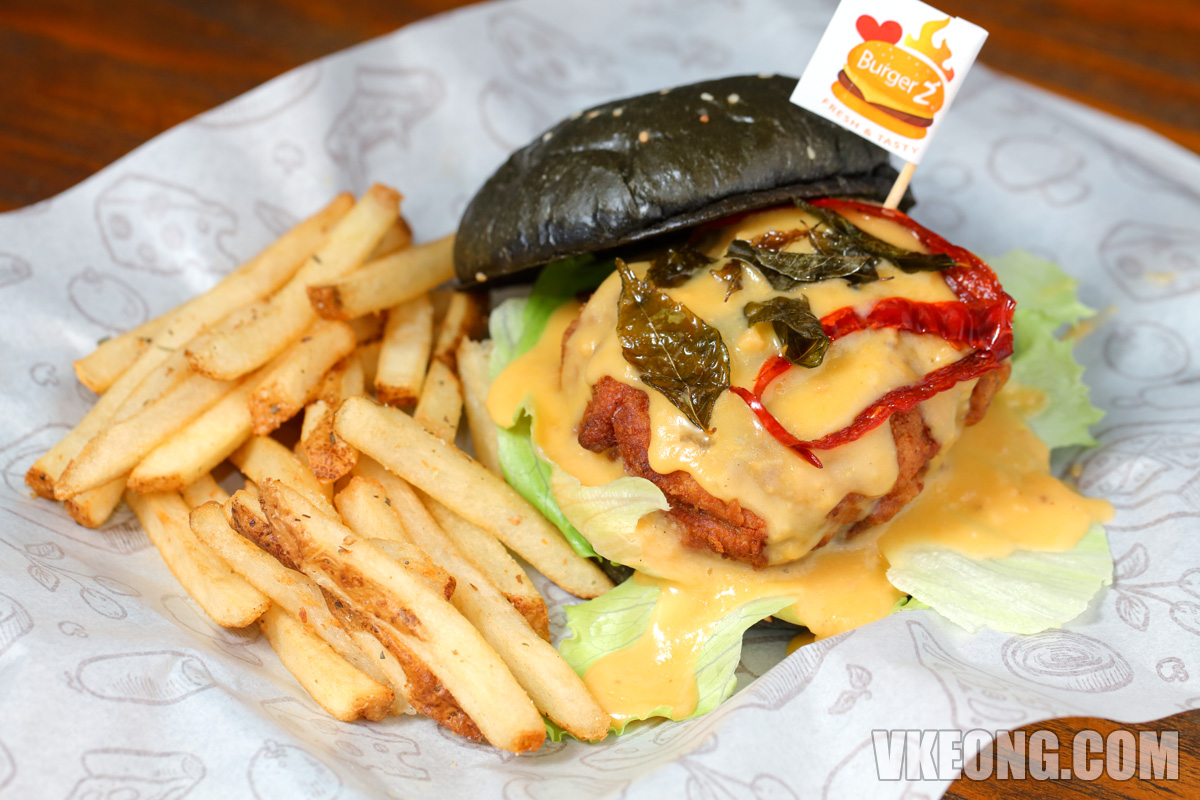 Although salted egg burger is not something new, this was my first time trying it (Golden Goodness @ RM16) so I had nothing to compare with. Anyway, it’s good sense to pair the salted egg sauce with a fried chicken patty because honestly, it would taste weird with beef. 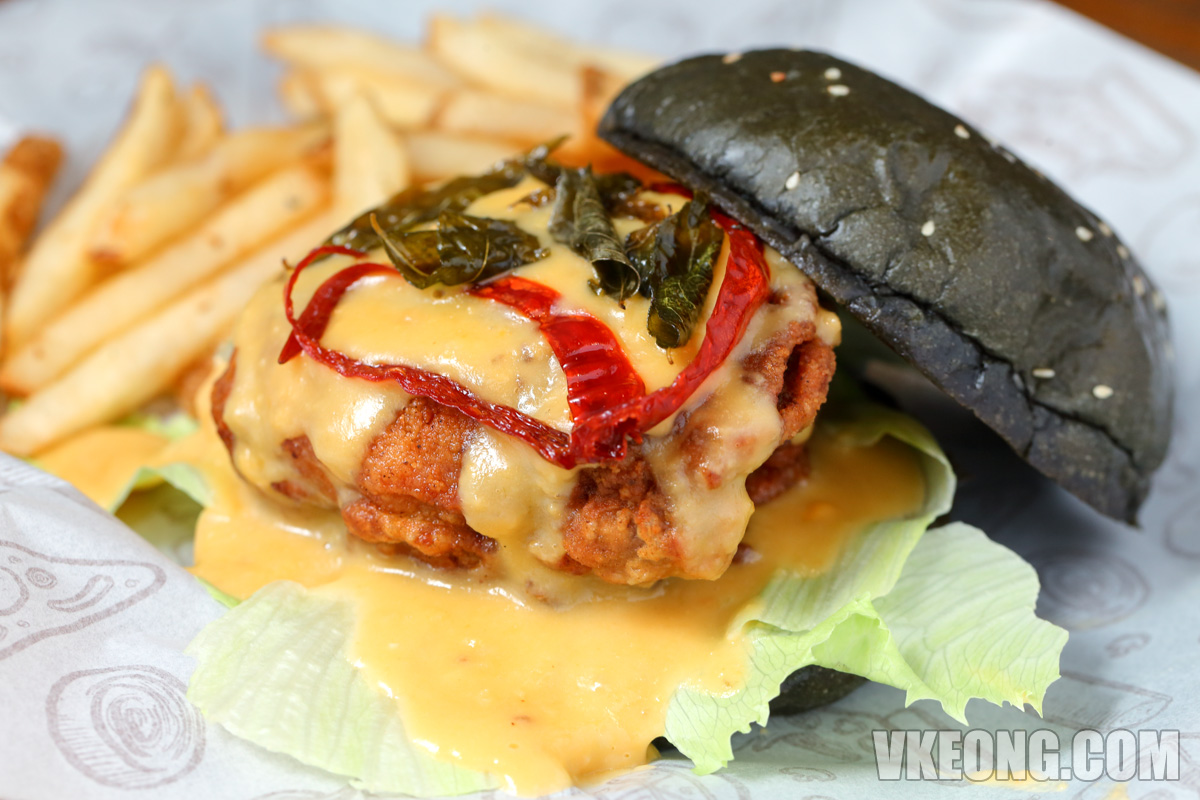 The rich and creamy salted egg sauce was aptly prepared in the sense that you could actually taste the ‘sandy’ texture. Only chicken thigh is used and it was deliciously tender. They are pretty generous with the sauce too which I gladly mopped up with the fries. They just pair so nicely together. 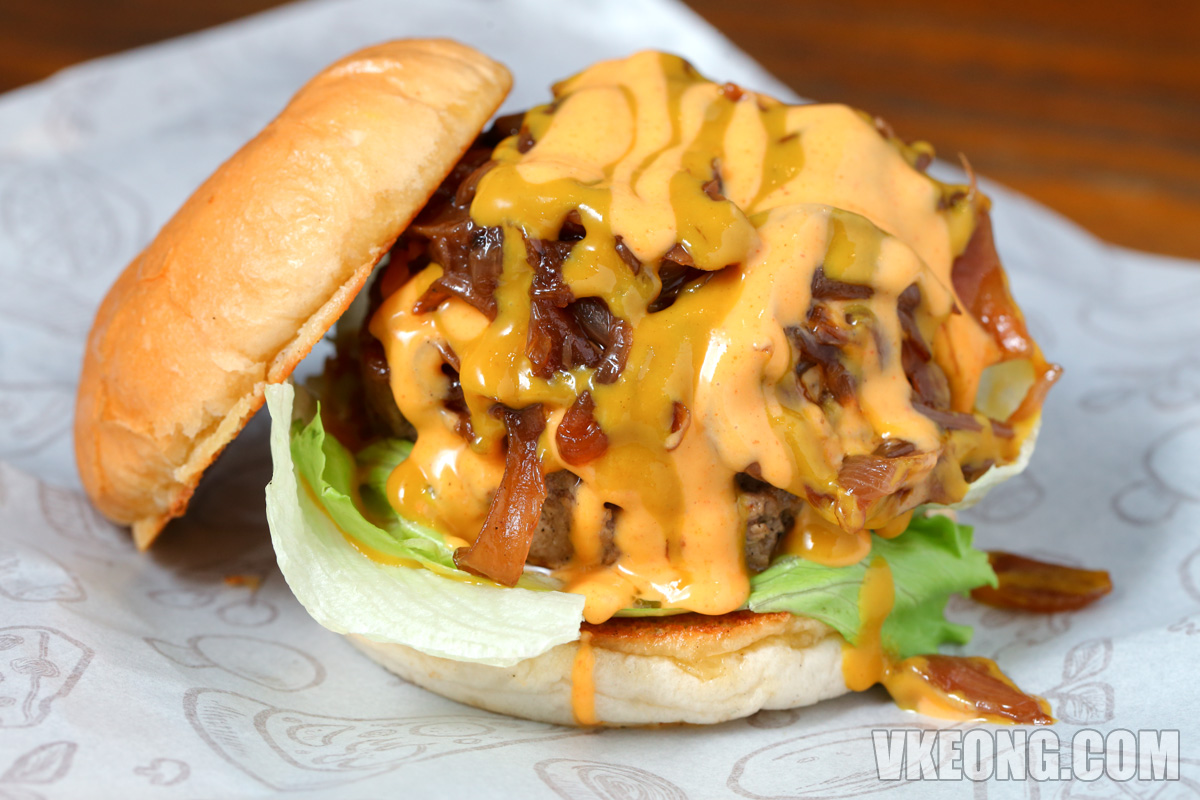 The last burger we tried was the Cheezy Jucy Lucy @ RM18. It’s somewhat similar to the Egg-Ception but instead of egg, the patty is filled with cheese instead. Then the patty is topped with caramelised onions, lettuce, pickles and honey mustard. 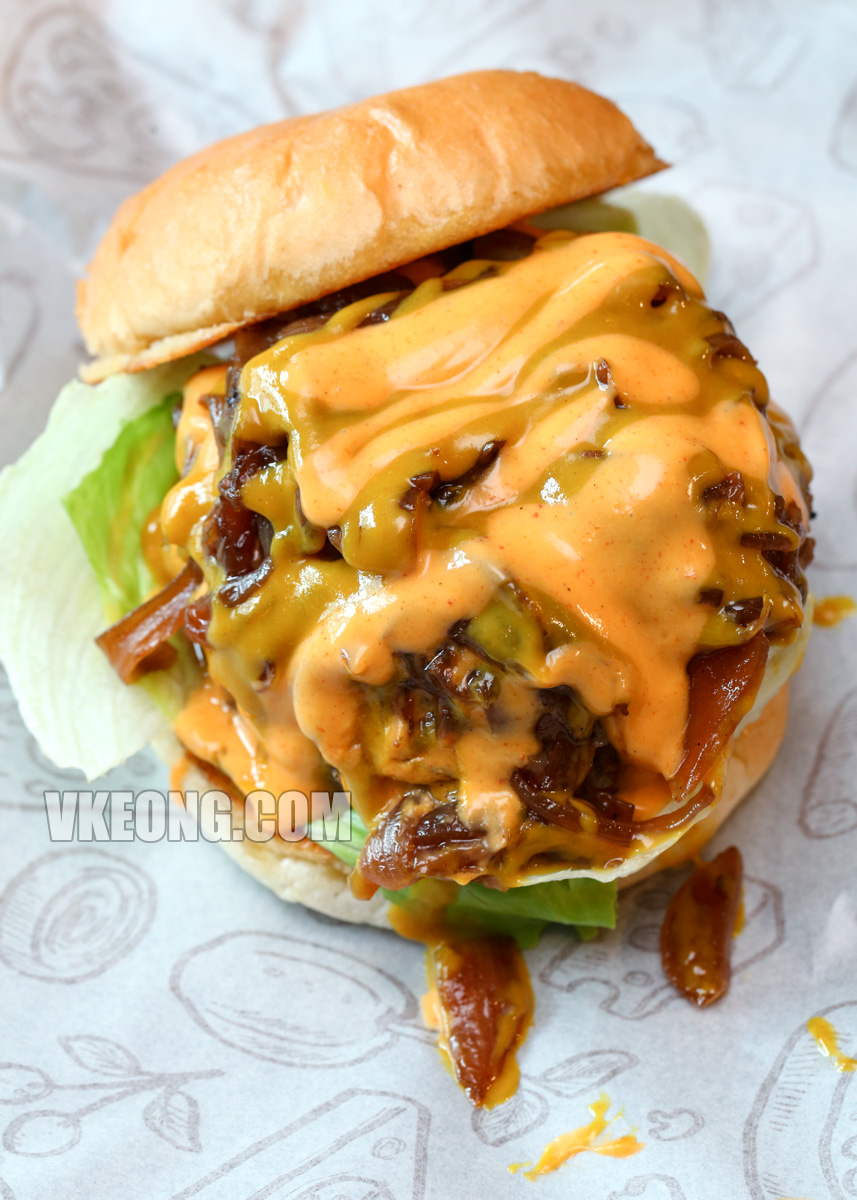 It might look too cheesy, but isn’t that the whole point? That said, the cheese flavor is not as overwhelming as you would think because it was balanced by the natural sweetness of the caramelised onions. So despite being a sloppy burger and a mess to eat, the process was totally enjoyable. 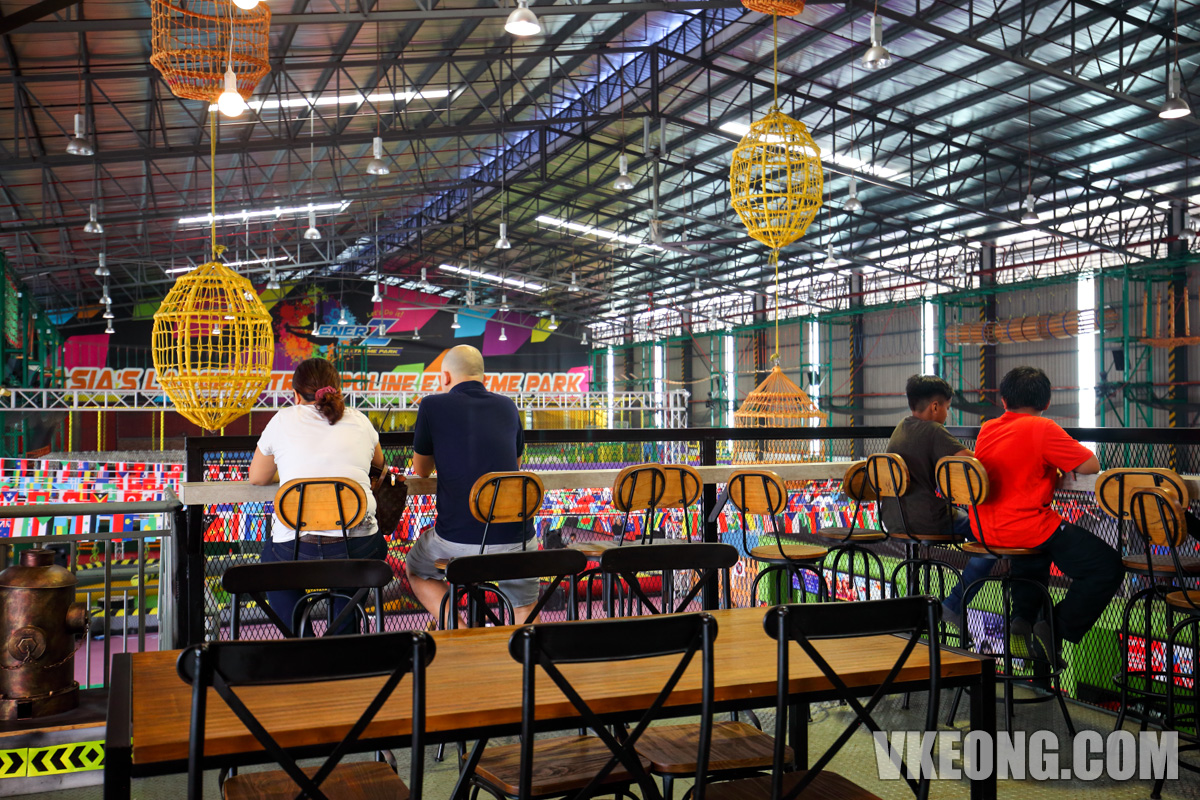 For those who are here with your kids, you can keep an eye on them from the first floor while enjoying your burger. And of course, they could join in and have one too later. It’s essentially a win-win for everyone. 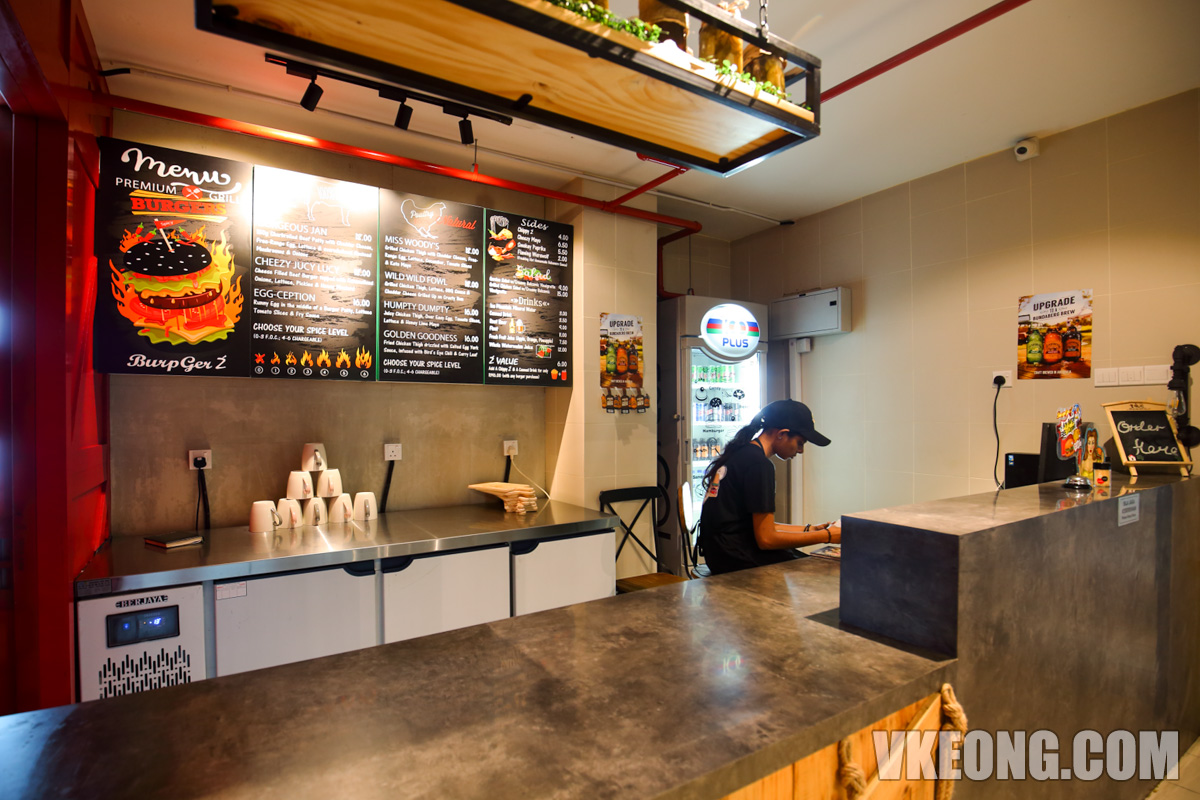 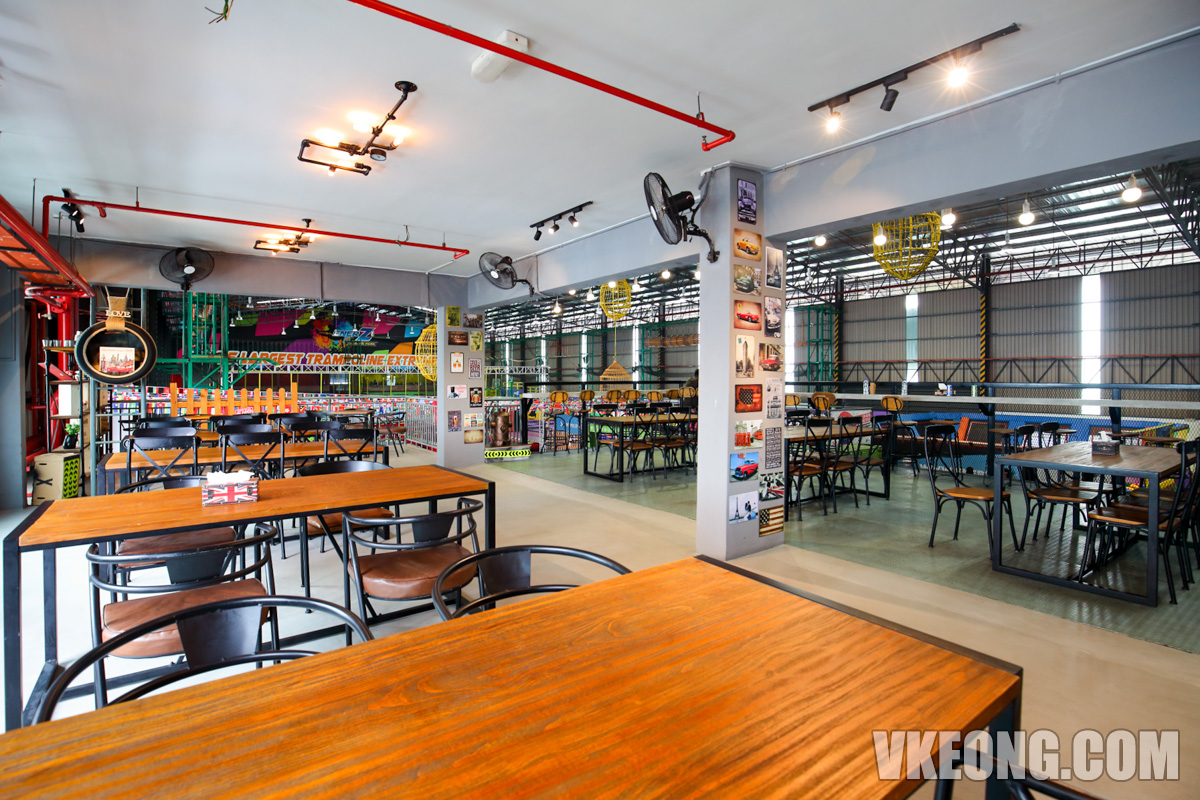 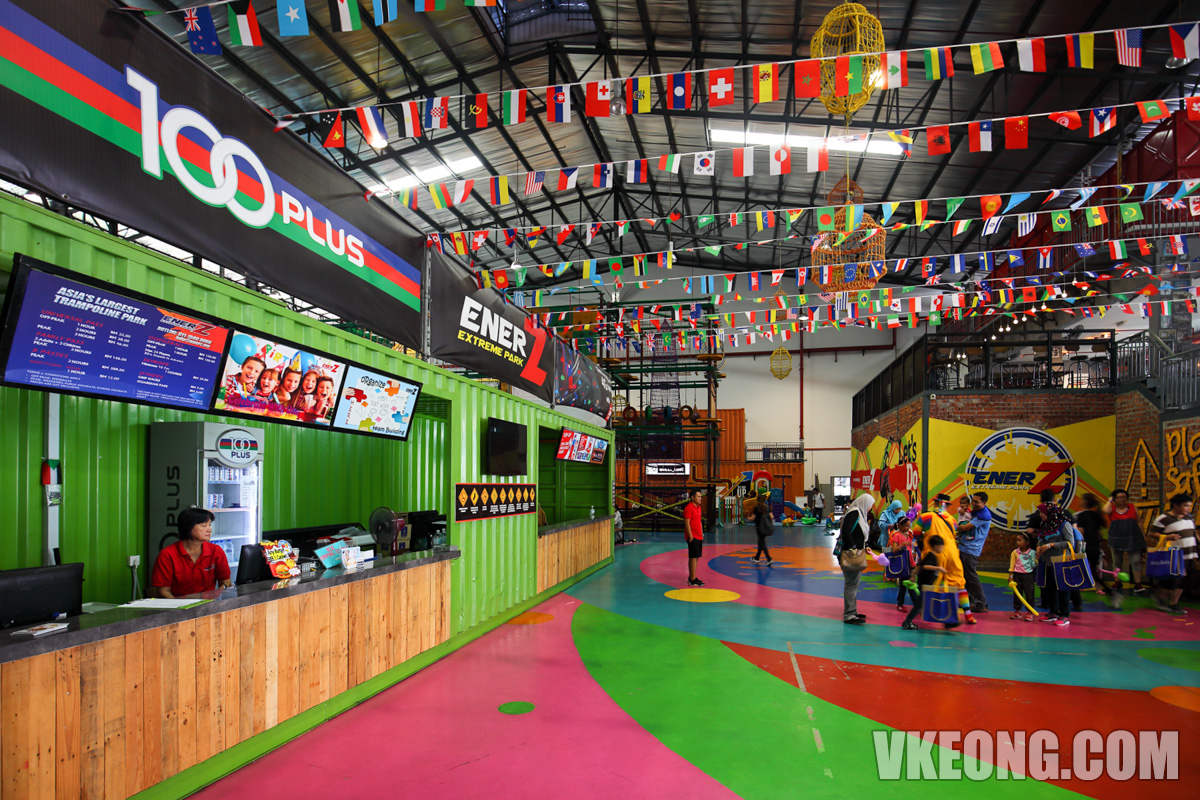 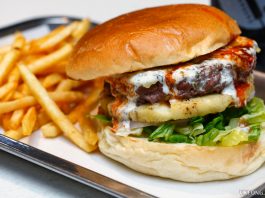 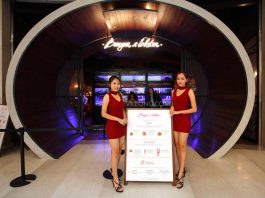 Genting Highlands January 16, 2017
ABOUT US
VKEONG.COM - Malaysia Food and Travel blog with reviews of restaurants, hawker and street food in KL, Penang, Melaka and beyond.
Contact us: vkeong@yahoo.com
FOLLOW US
© VKEONG.COM - All Rights Reserved