To enjoy Cambodian street food, you just need to be a little bit adventurous. Most locals do not speak English so you’d have to resort to the universal language of pointing, nodding and shaking your head. Many Khmer street food vendors do not have permanent business location, as they move around in the city with modified bikes attached with a mobile kitchen. 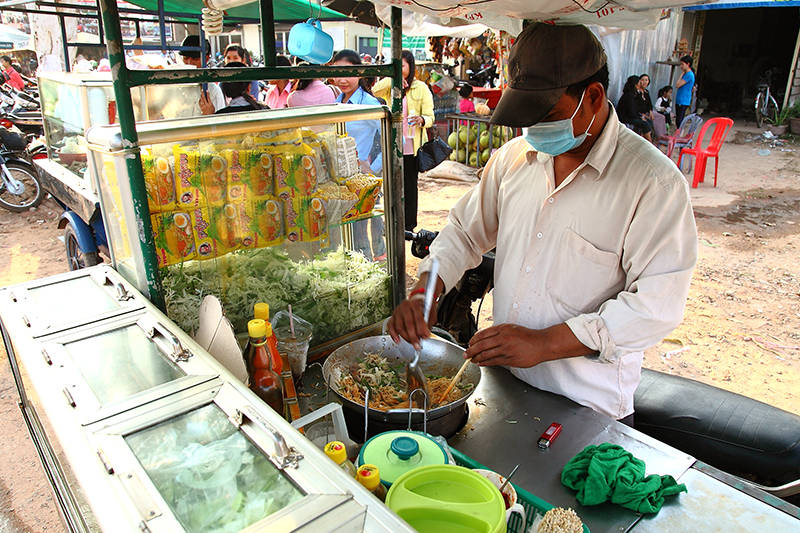 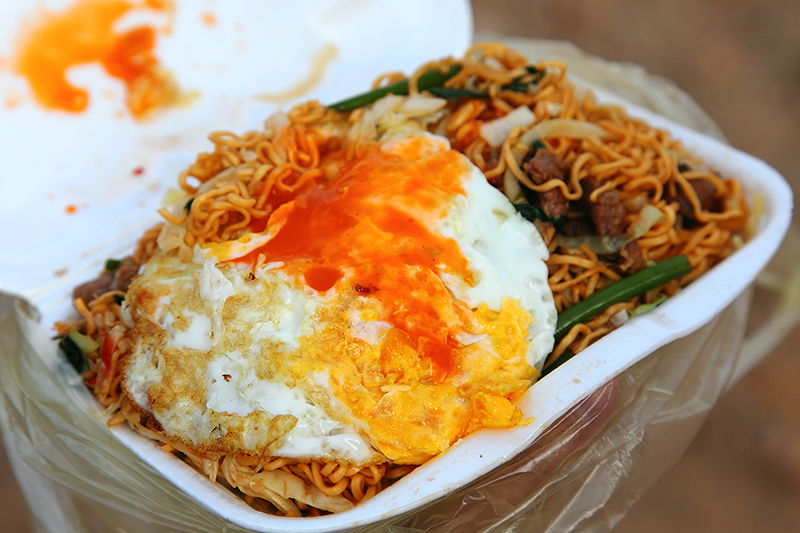 While we have fried chicken in our noodles, chunks of marinated beef is used here. It’s plenty cheap for its generous portion too, only USD1 to USD1.50 depending on the extras. Although a lot of seasoning was used in the noodles, it was the squirt of chilli sauce at the very end that makes the ultimate difference. It was spicy with a tang and took the noodles to another level of goodness, making it one of the most memorable food we had in Cambodia. 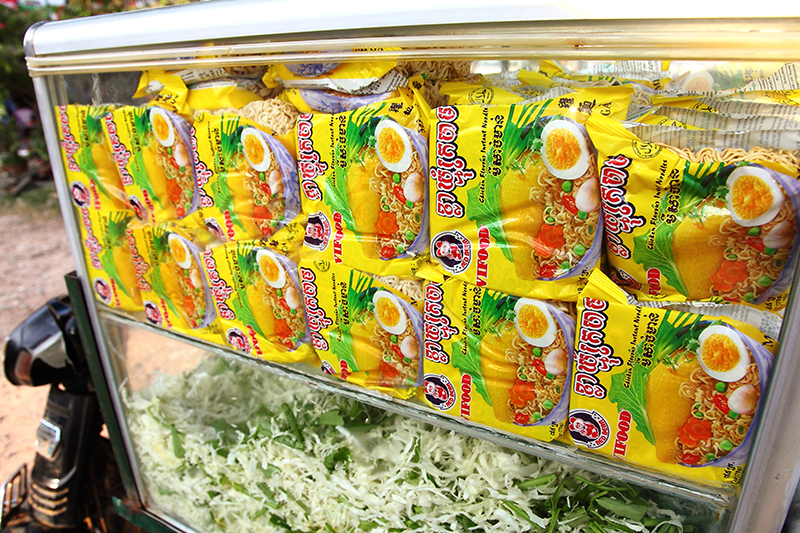 The instant noodle brand used. The packets are quite small so two packs were used for a serving. When cooked, the noodles has a unique flat and springy texture that is rarely seen in the brands that we are familiar with. 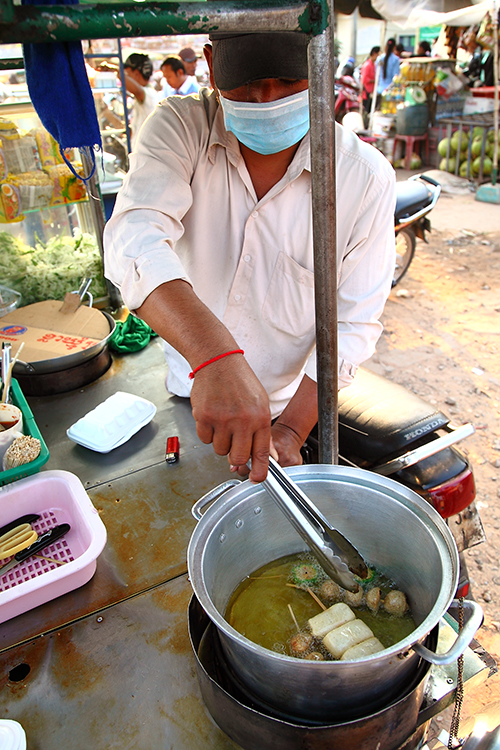 [/column] [column type=”one-third” last=”true”]A few containers in the front of the stall are filled with a variety of skewers – mostly processed food stuff along with some more exotic options that include intestines and many unidentifiable parts. These are reasonably cheap as well, priced at USD1 for 3 to 5 sticks. [/column] 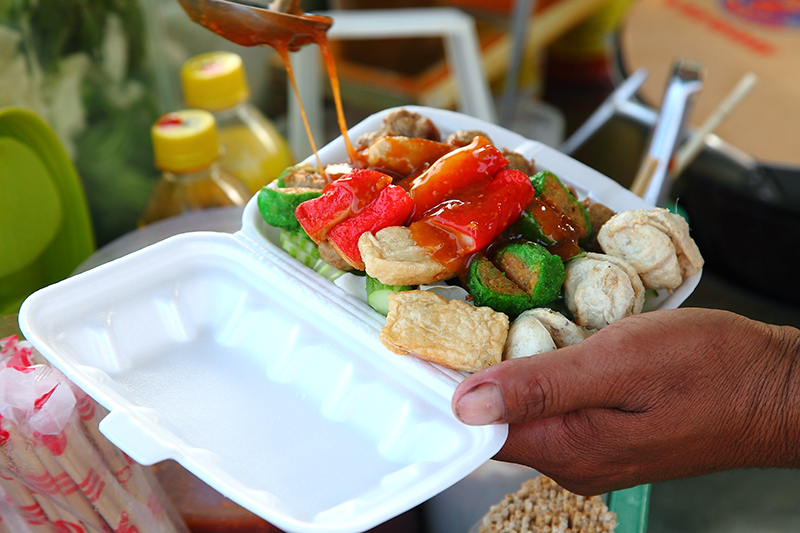 They are shallow fried for warmth, served on a bed of cucumber and cabbage then drizzled in a sweet and spicy sauce. Unfortunately the other fried noodles we sampled during the rest of our trip did not come close to this one. I guess we were really lucky to find this guy outside our hotel in Siam Reap, who left right after doing our business.