[THIS RESTAURANT HAS CLOSED] 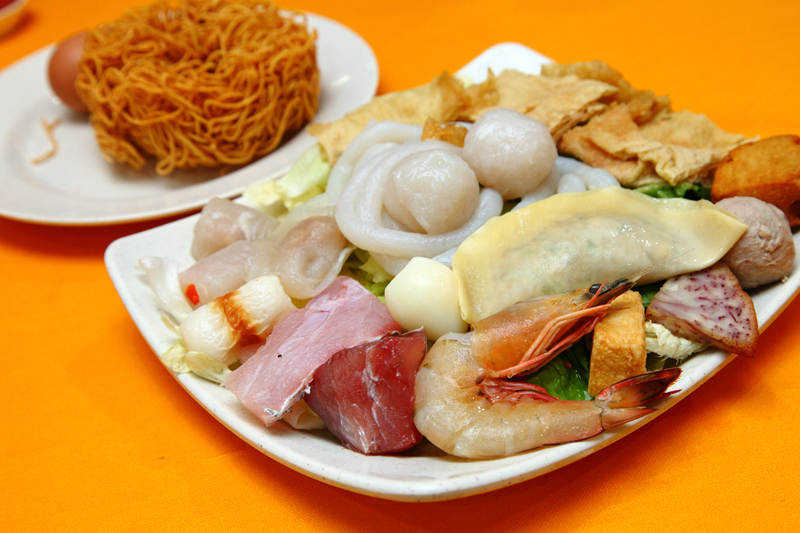 Unlike some other steamboat restaurants that force you to take a minimum of 2 pax portion for their standard set, 1 pax is available here at RM16.80 each.
There’s nothing surprising nor special about the ingredients that are included in the set, it’s pretty much similar to what you get in town. Good thing is, the seafood provided is very fresh and the portion is quite OK, as in they give reasonably sized prawns and fleshy fish pieces. 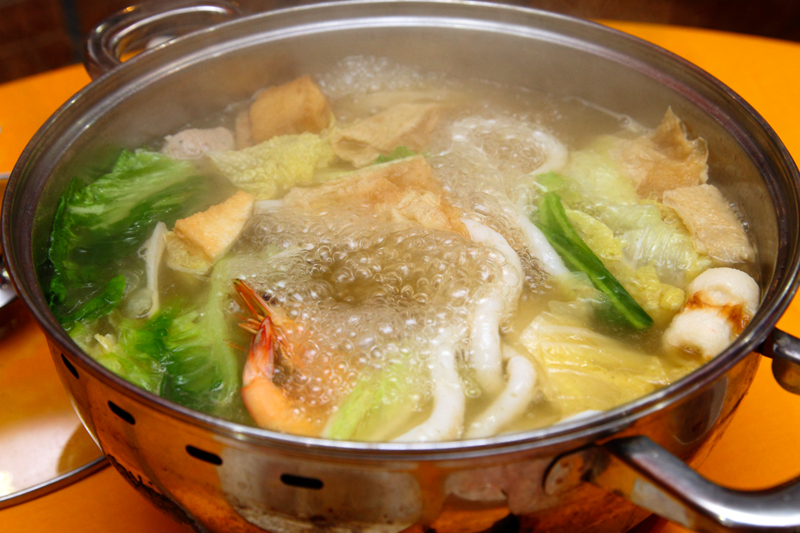 Soup wise there are only two options: clear or tom yam. As usual we’d go for the clear soup and there’s no extra charge for it. But if you get the tom yam soup, you need to pay extra RM3 for it.
We felt the clear soup was OK. It tasted pretty much like the run-of-the-mill “qing thong” as expected from any steamboat restaurant of this kind. 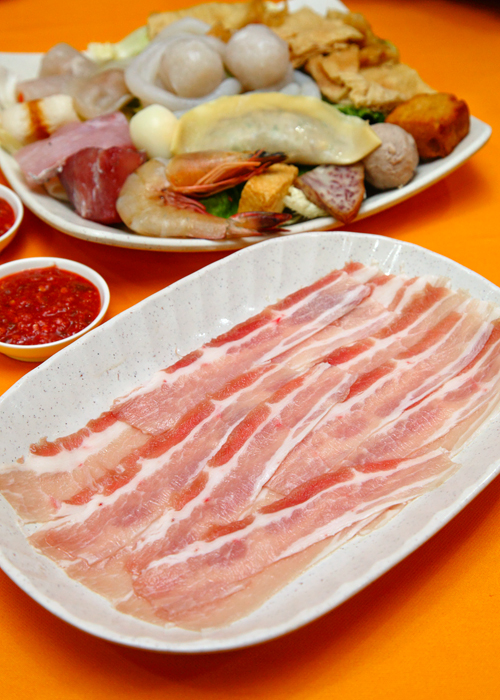 Pages of ala carte add on are available – mostly of processed food, some seafood and pork slices. We never have our steamboat without some thin pork slices. At Dai Ga Loke, the price is RM12 for a plate like this. 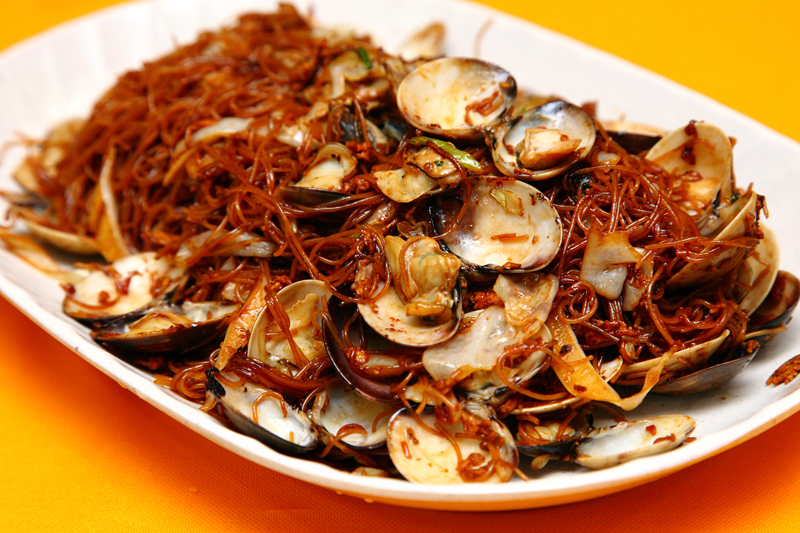 At first, we wanted to have the 2 pax portion for the steamboat. But after noticing that they serve Lala Fried Noodle which looked really good on the menu, we ordered a plate @ RM18 and reduced the steamboat portion to 1 pax.
Turns out, it was a good decision because the noodle was delicious and they really did not skimp on the clams. And to our delight, the clams were very fresh and juicy too.

And not to forget, the chili sauce was great as well and there’s free ice cream at the end of the meal. It’s no Baskin Robbins but who would argue with free ice cream? 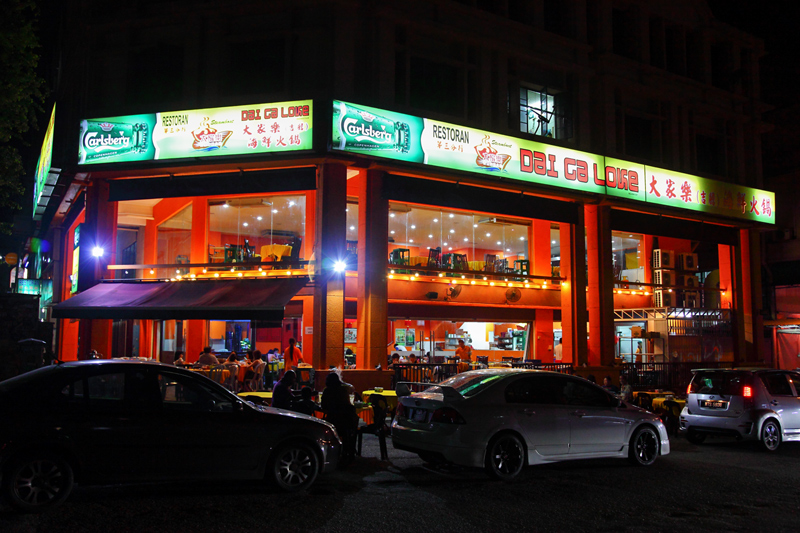 If you are not feeling overly choosy, Dai Ga Loke is a clean and comfortable restaurant to have a pleasant steamboat meal. It certainly won’t impress but it definitely won’t disappoint too. Based on our experience, I think they will stick around longer than Hong Kee did.