***Update: restaurant has ceased operations due to tenancy issue*** 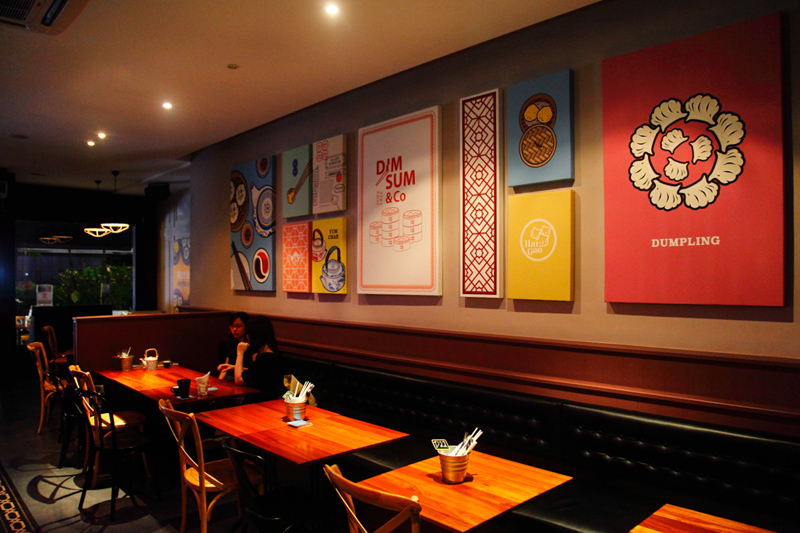 Dim Sum & Co is the only pork free dim sum restaurant in Publika. Currently, it shares the same space as The Beer Factory X Press, which means you could enjoy dim sum during happy hours if you want. The combination is definitely something new worth checking out. 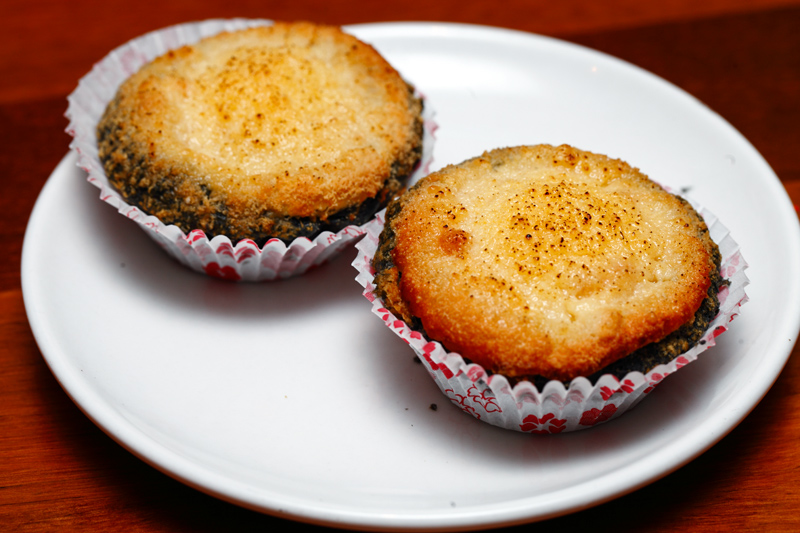 Their colorful menu is loaded with photos so the ordering process should be friendly enough even for those who don’t take dim sum regularly. Besides the common steamed and fried items, there are a couple of interesting creations here that set them apart from the rest.
The Cheesey Chicken & Onion Puff @ RM8.90 is like a tart, made with a crumbly cheese pastry that encases a salty/savory chicken and onion filling. It lets you experience different layers of texture and flavors that come through with each bite. Delicious and highly recommended. 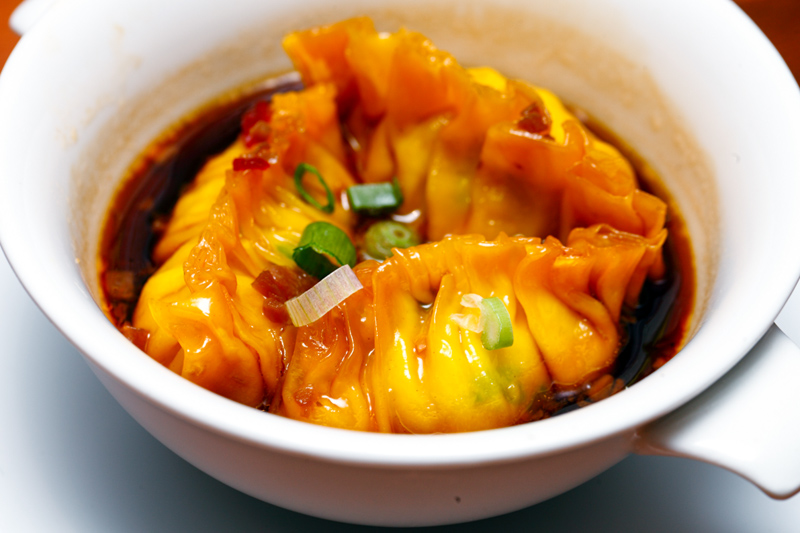 The Szechuan Dumplings @ RM8.90 are so good we had seconds. Each dumpling is filled with a dense yet succulent meat filling that goes really well with their homemade sambal chili sauce. 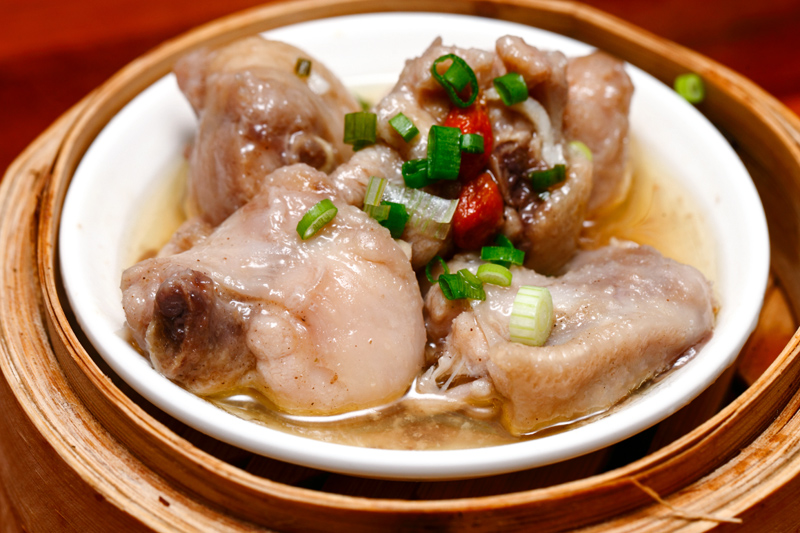 I can’t help comparing the Oriental Chicken Wings @ RM6.90 with the steamed spare ribs we get at the non-halal dim sum restaurants. I think I actually prefer this more and that alone says a lot about the dish. 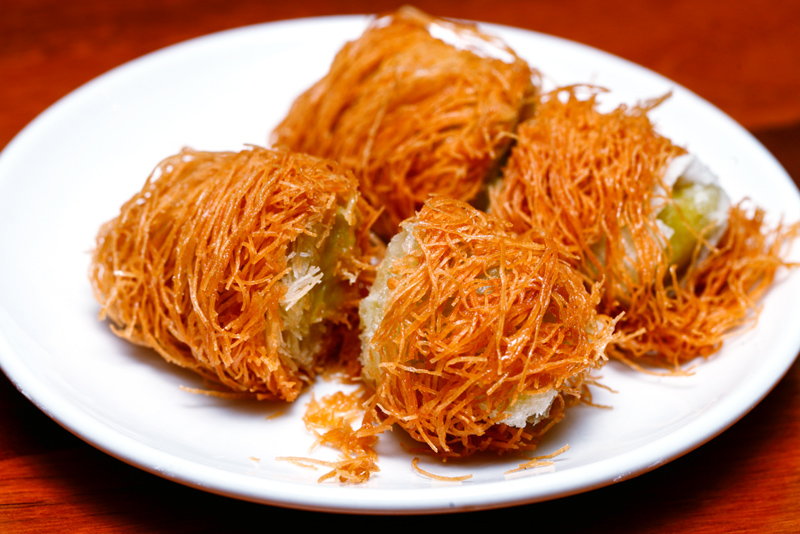 Crispy Avo Roll @ RM9.90 is also recommended, all of us like how the contrasting textures hold together. It feels more like a dessert to me though because of the sweetened avocado cream filling. 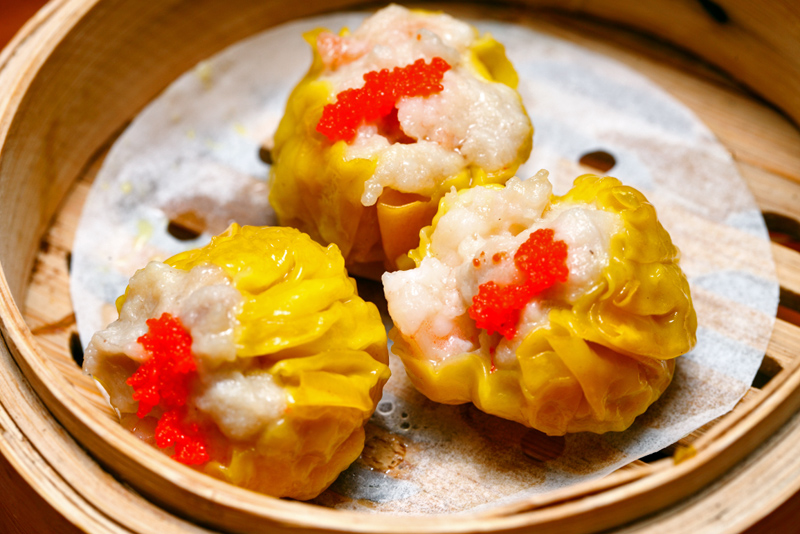 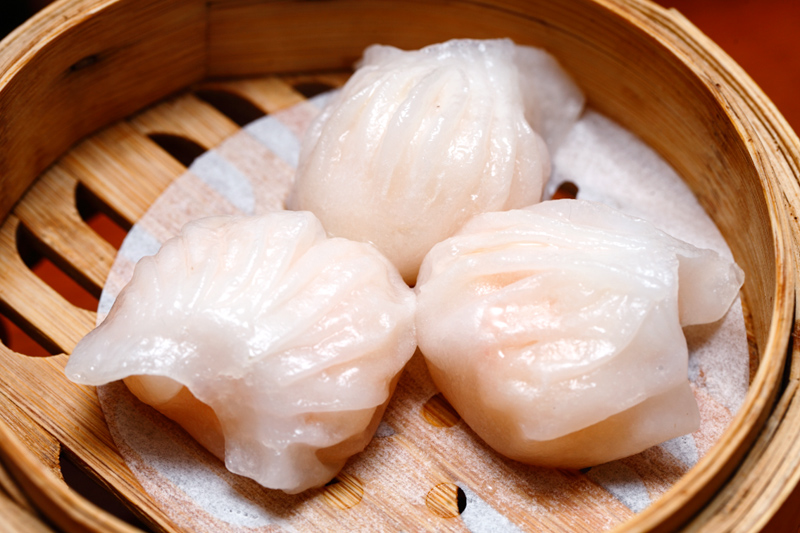 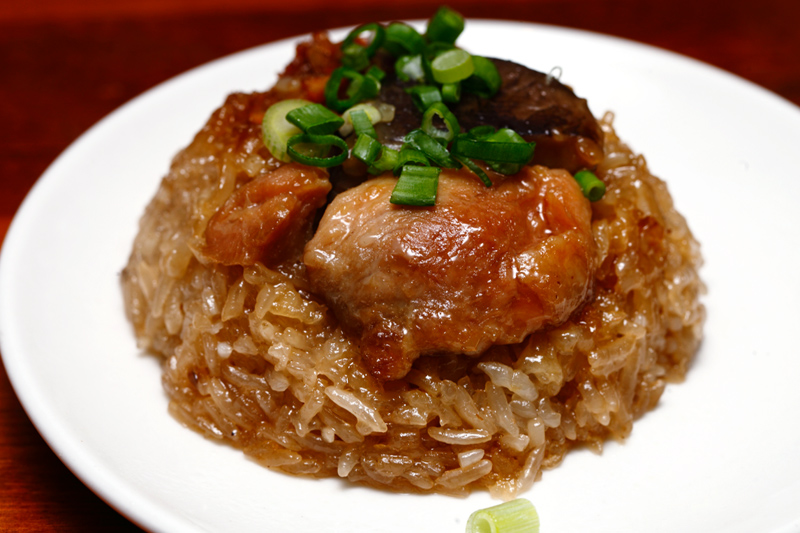 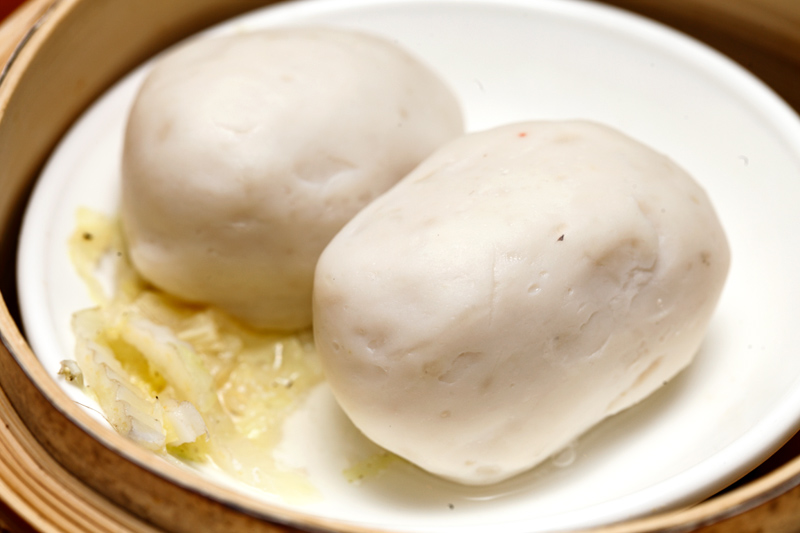 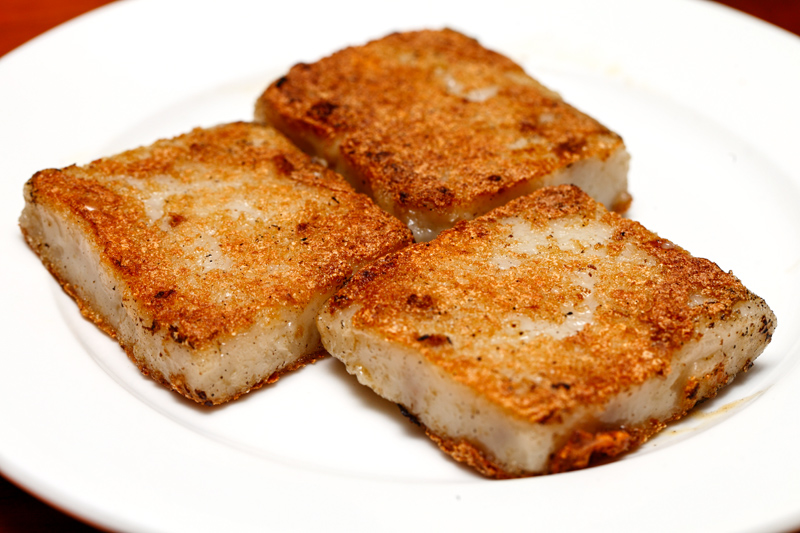 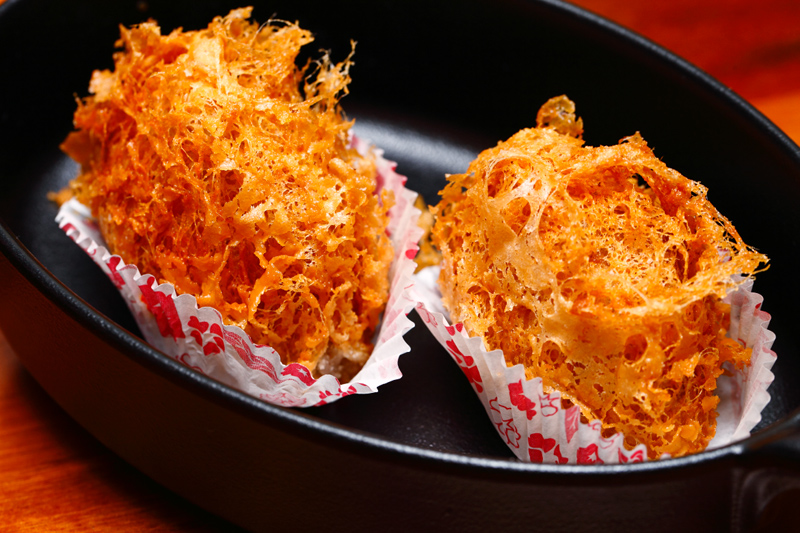 Next up, some of the regular stuff like Siew Mai @ RM7.90, Har Kau @ RM9.90, Homemade Fish Ball @ RM6.90, Loh Mai Gai @ RM7.90, Oriental Carrot Cake @ RM9.90 and Fluffy Yam Bites @ RM9.90.
All of them taste just as expected and none of them were bad even if I had to nitpick. In fact, they are cleverly made in the sense that the flavor and texture really mimics those made with pork. 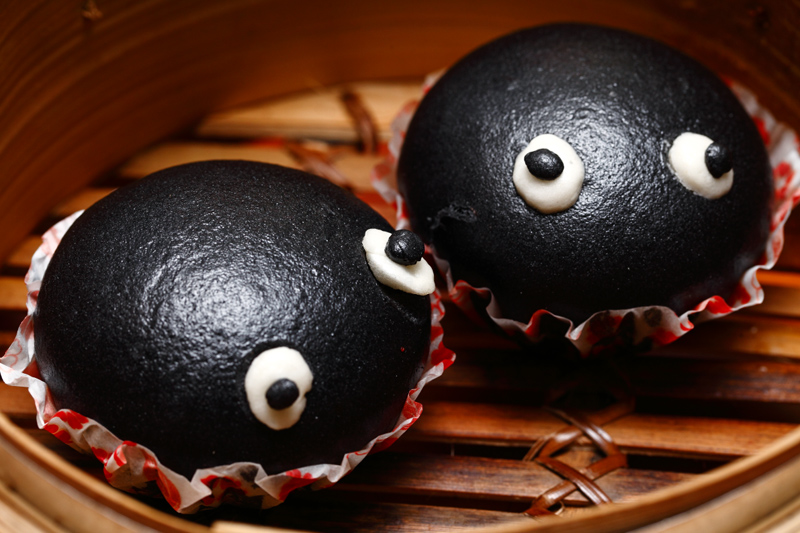 For kids (and adults alike), the Molten Charcoal Bun @ RM8.90 ought to be a fun and delicious mess to enjoy. Simply poke a hole with a chopstick, squeeze it lightly and watch as the salted egg custard ooze out from the soft pillowy bun. 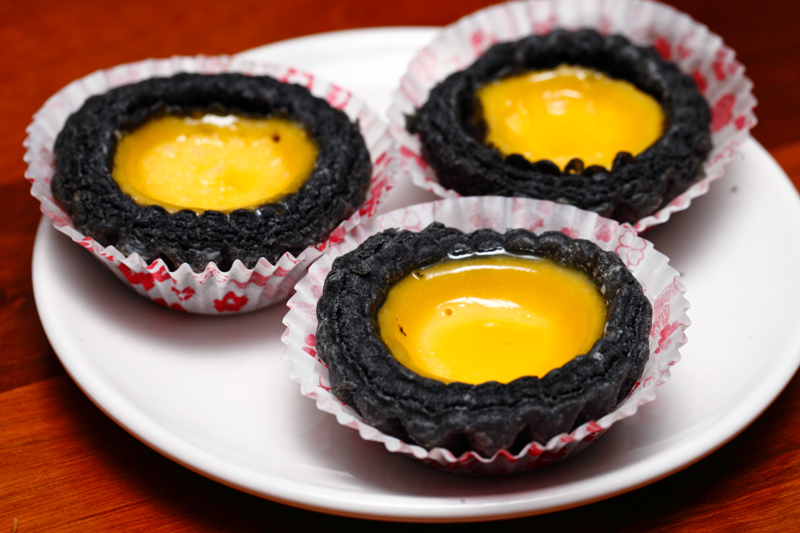 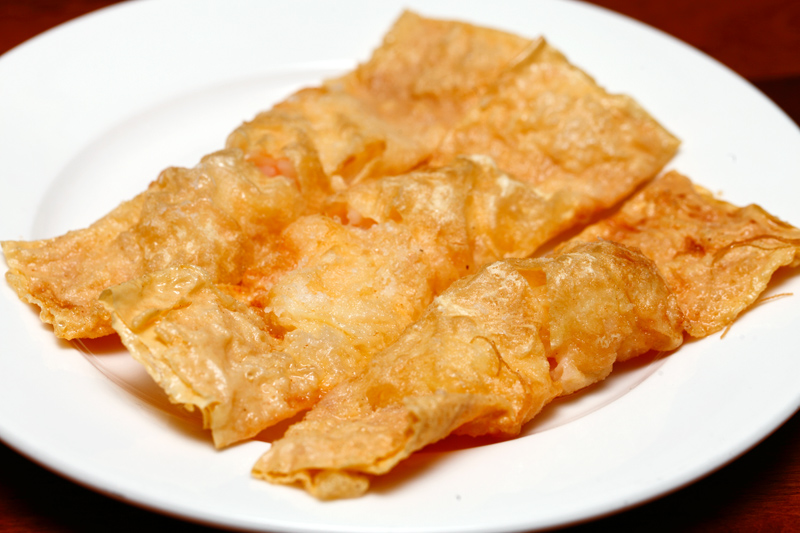 Among the dozen of dim sum we had, both the Charcoal Egg Tartlet @ RM9.90 and Crispy Beancurd Cheesy Shrimp @ RM6.90 were the OK ones.
They aren’t exactly bad, but the egg tarts have a sad ‘sinking’ look, while the latter could have had more prawns in them – which is weird considering they didn’t skimp on the ingredients for the rest. 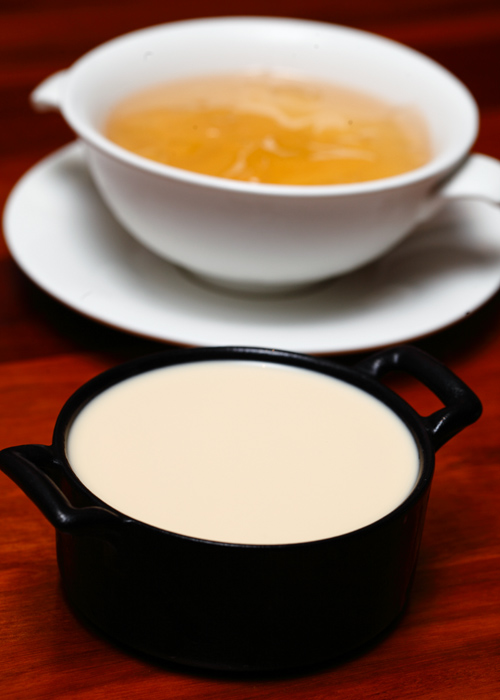 Currently, Dim Sum & Co only serves two kinds of desserts – Mango Pudding and Lemongrass Pudding, both at RM8.90.Presentation wise, they are definitely nothing spectacular and could use some rework to make them look more appealing.
That being said, as far as the taste is concerned, we found them to be well-tuned, refreshing and enjoyable. If you could only pick one, I’d say go for the lemongrass one. 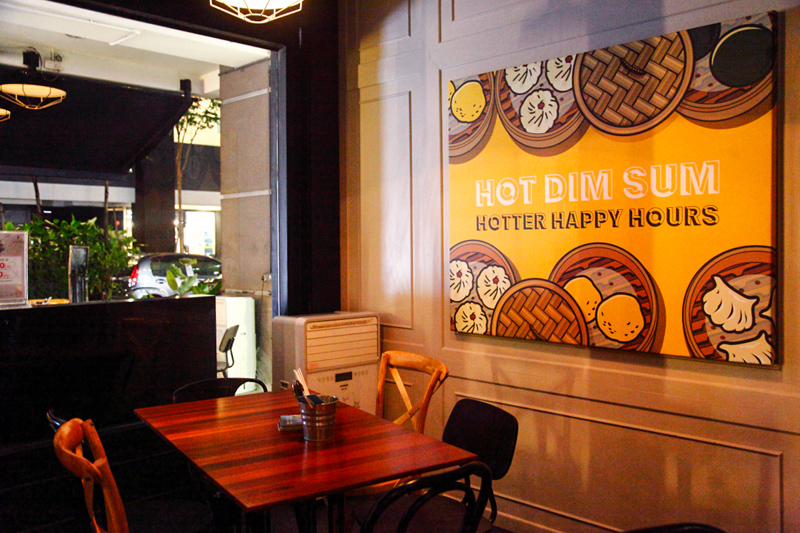 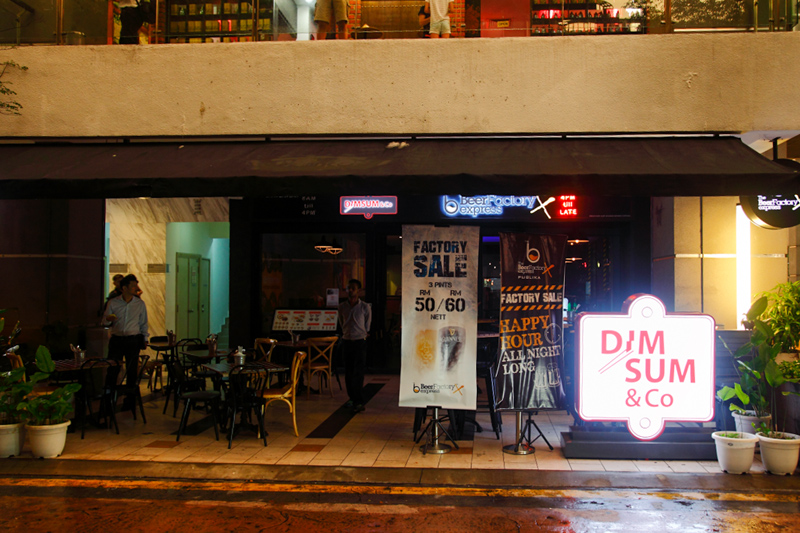 Overall, Dim Sum & Co might not appeal to everyone especially those who frown on pork-free dim sum. Nonetheless, it’s a great place to enjoy a dim sum meal with your Muslim friends if they don’t mind that beers are also served in the same premise.
This is also one of the few dim sum places in town that opens till midnight. So if you have a sudden late night crave for dim sum, you know where to head to. And lest I forget, all prices mentioned are nett.