The Ming Room is probably the most sought after dim sum restaurant in KL currently. It was full house, packed to capacity on a Sunday noon and many customers (including us) were waiting for tables to free up. On Sundays and Public Holidays, they have a special menu which highlights a number of dishes that are not in the dim sum category. 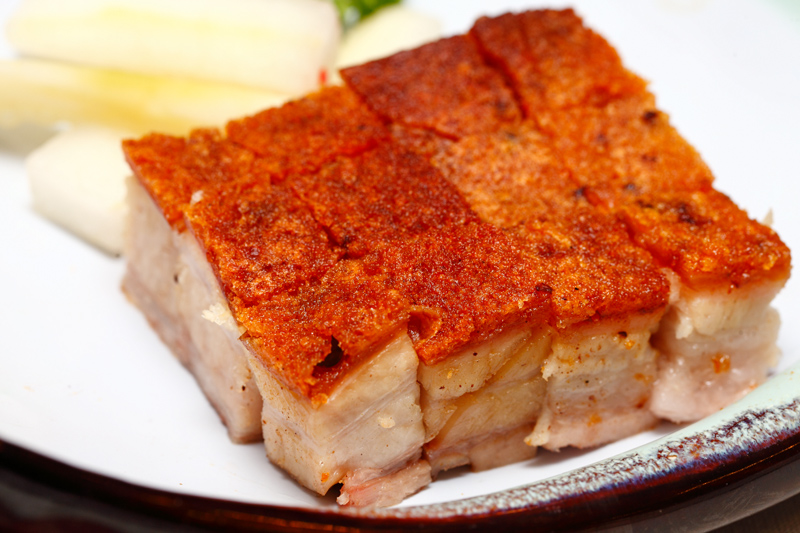 For dim sum, they are still sticking to traditional where you have to wait for the push carts to reach your table. From what we experienced, this could take a while because the dim sum runs out faster than they are being replaced. So feel free to order from the staff if the push carts don’t come your way.
That said, some will be offered without you even have to ask, like the roast pork and char siew. As soon as they come out from the kitchen, they will be peddled around the restaurant.
Although we never thought of having it, we took it anyway. So, I guess this method works. Ming Room’s roast pork @ RM18 had an enjoyable crackling but overall it was just alright and certainly won’t unseat your favorite roast pork in town. 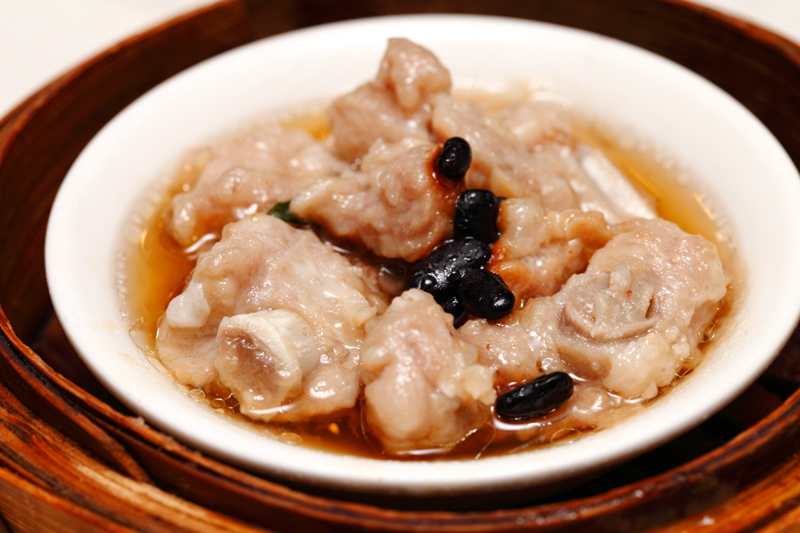 Steamed Pork Ribs – great flavor but the ribs are too boney and there weren’t too much meat on them too. Still, would order again just for the taste alone. 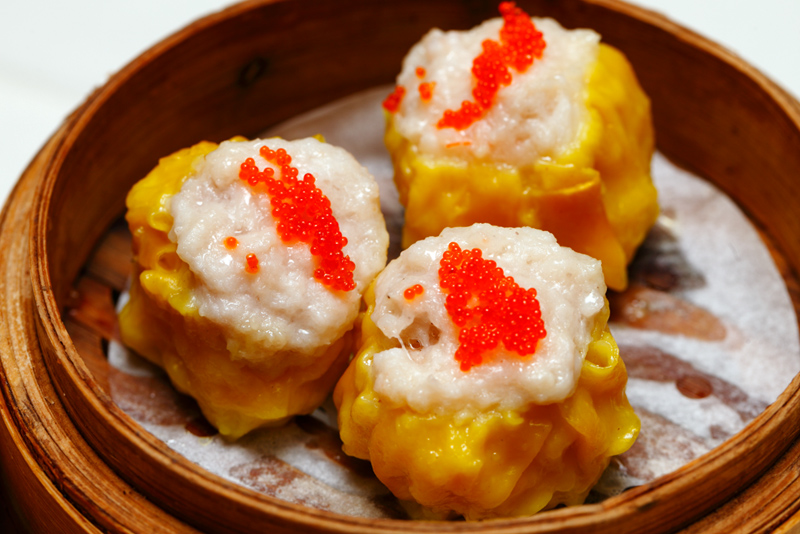 Siew Mai looked impressive and posed such a stark contrast to the steamed pork ribs earlier. This one’s plump and succulent with generous filling of prawn and pork, therefore extremely satisfying. 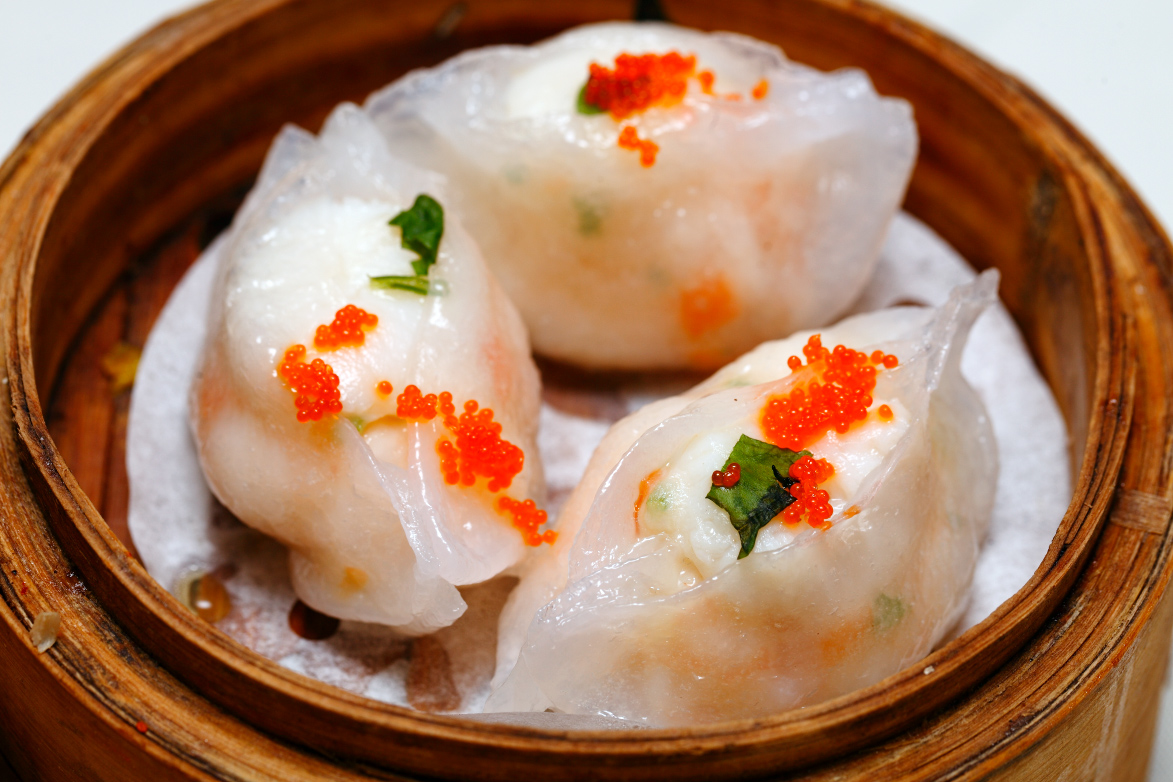 The same goes for the Scallop Dumplings, they come in pretty big portions and nearly filled up the entire basket. Taste wise it felt like an upgraded version of har gao with a scallop on top. 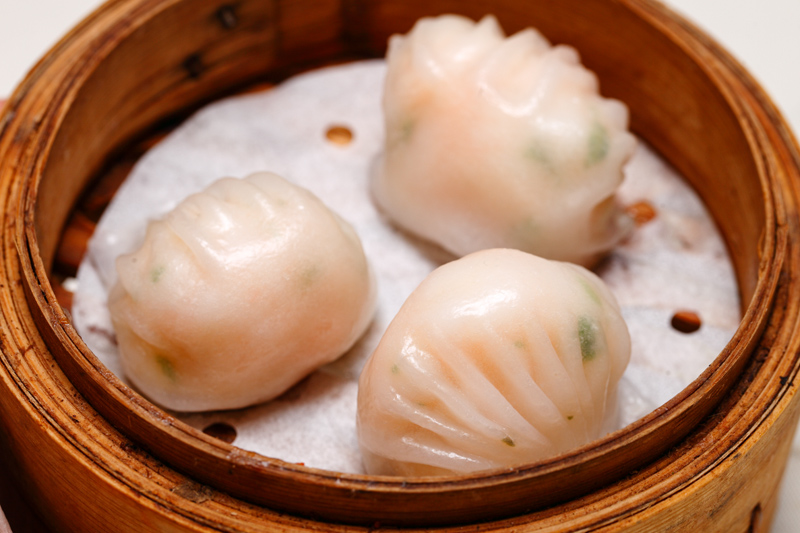 Har Gao was delicious; albeit having a thicker-than-preferred skin. I am seriously nitpicking here. 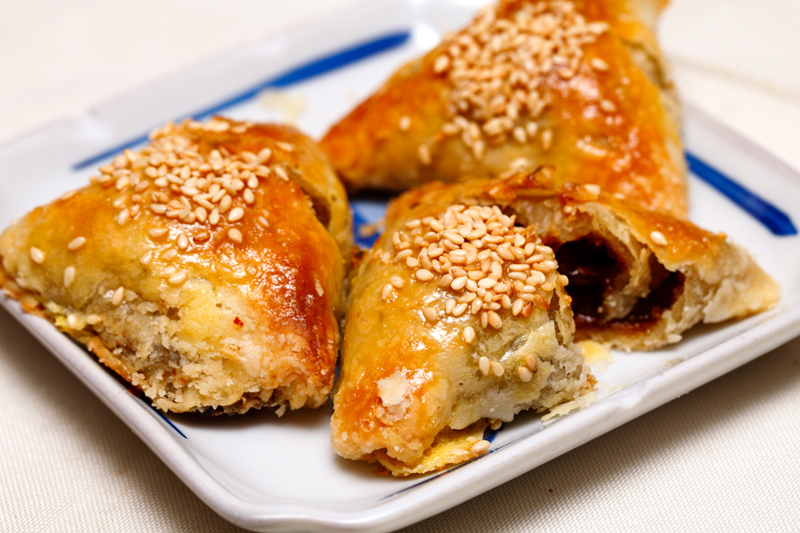 I usually omit char siew bao and go for the puff version instead. Ming Room’s rendition is as good as it could get with a light and crumbly puff pastry and sweet and savory char siew filling. 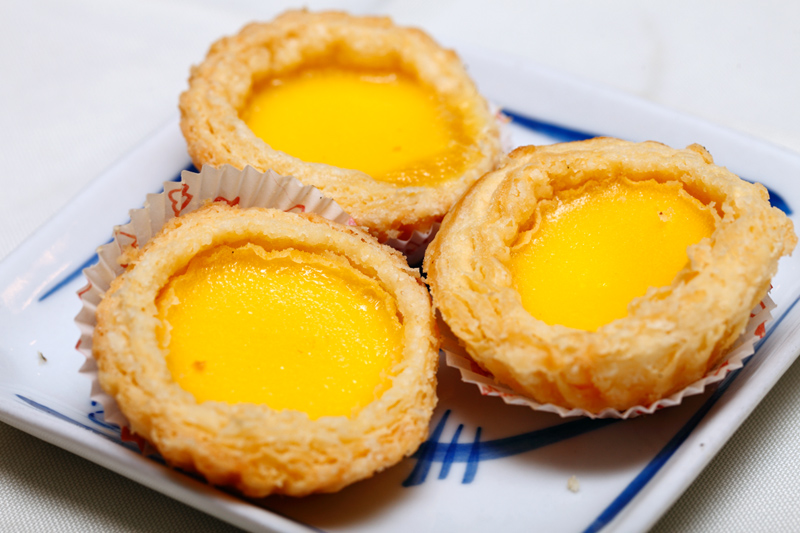 Egg tarts are made the way I like with layered puff pasty so I am just going to say it’s delicious, melt in your mouth kind too. 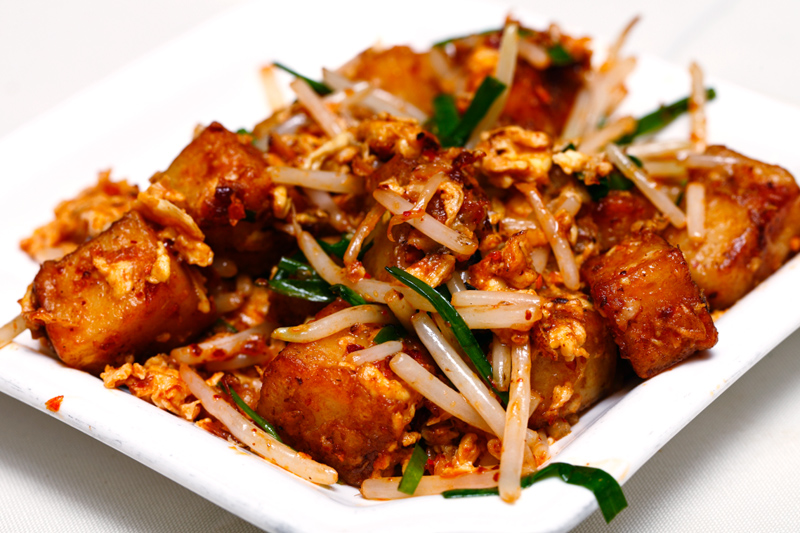 Fried Carrot Cake won’t disappoint as it had sufficient wok hei imparted for a nice smoky flavor, though I feel the pices could have been sliced smaller. If you have a keen eye you’d notice that the bean sprouts had been trimmed, both head and tail. 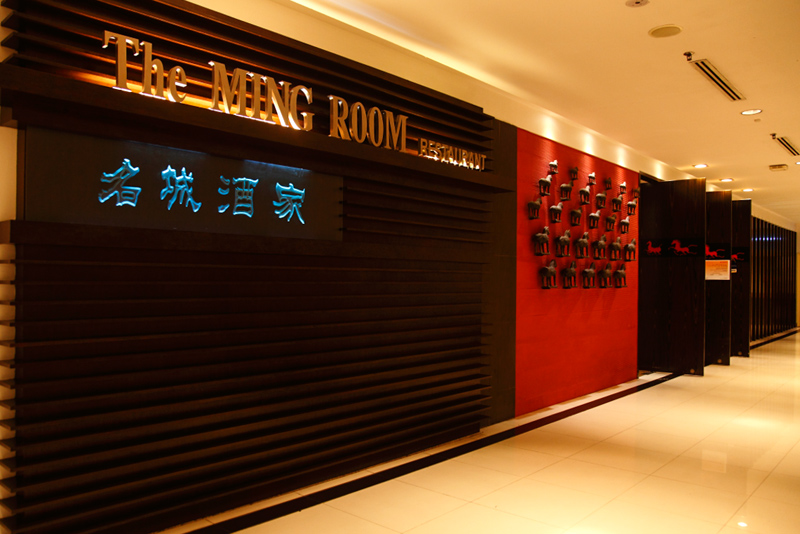 Since there weren’t any price tags on the dim sum, nor were we provided with a dim sum menu, I am not sure about their individual prices. But when the bill was tallied, I could see that there are RM10, RM9 and RM7 items. We had ‘Guk Bou’ for tea and it was charged a reasonable RM3 per head. Lastly for your information only, the restaurant serves sharks fin so there’s that. 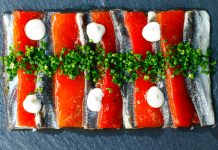