A little birdie told us that you can get authentic Hong Kong style Pineapple Bun (‘polo bao‘) at Grand Imperial. That aroused our curiosity because ‘polo bao’ is rarely served in the average dim sum joint.
So why would a ‘char chan teng’ staple be available in a classy restaurant such as Grand Imperial? The buns must be really good, otherwise they wouldn’t even bother to make it. Right? In fact, the more I think about it, the more sense it makes. It has got to be good. 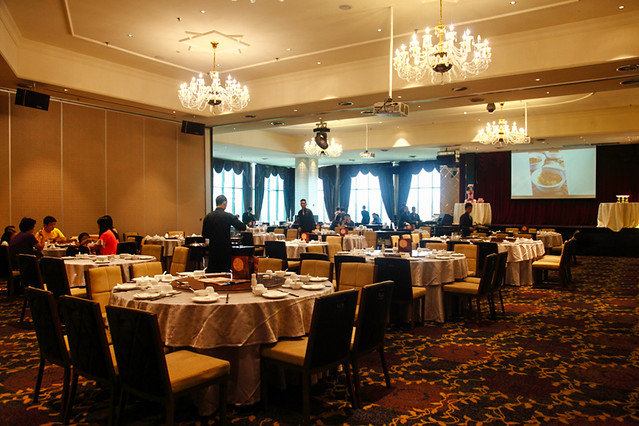 We could have picked to eat at Grand Imperial’s branch in Hartamas, One Utama or even Bangsar. But we picked the furthest one in Pinnacle Sunway which requires a 45-minutes drive. Why? Simply because we were also told that the ‘polo bao’ here is the best among all branches. 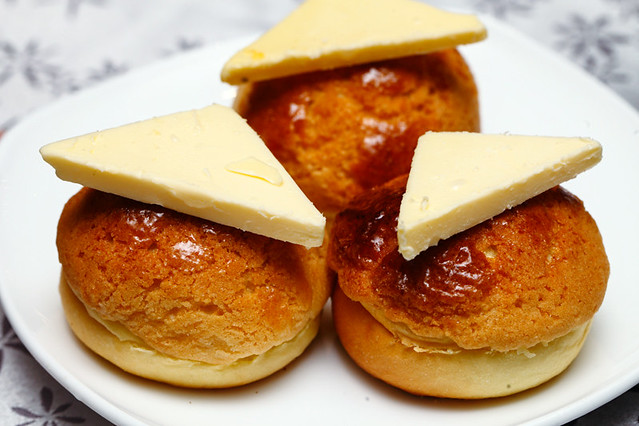 If you are raring to come for the buns, it’s important you know that they are only available on Sundays and public holidays. They are not listed on the menu either, so you will need to order them through the waiting staff. An order (RM11) comes in 3 mini pieces accompanied with 3 generous slabs of butter – one for each.
The ‘polo bao’ was authentic alright, sweet and crusty on the top just like how it’s supposed to be. My memory is a bit fuzzy, but if I compare it to those we had in Hong Kong the taste would be around 75% similar. Personally, I wouldn’t purposely drive all the way here again for it. Next time, any Grand Imperial branch would do. 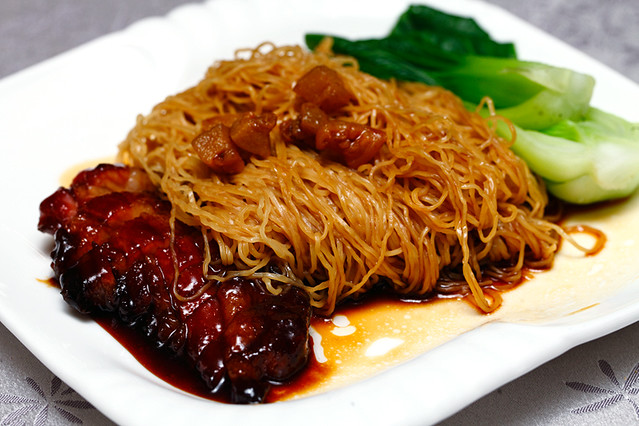 The surprise of the meal went to the BBQ Pork Egg Noodle @ RM14.50 because it was unexpectedly good. The thin egg noodle was nicely cooked to a springy bite, tossed in an aromatic mix of lardy sauce and served with a side of the most delicious char siew.
The char siew had an intense honey flavor and the caramelisation was just heavenly. It felt like biting into pork candy, and an addictive one at that. 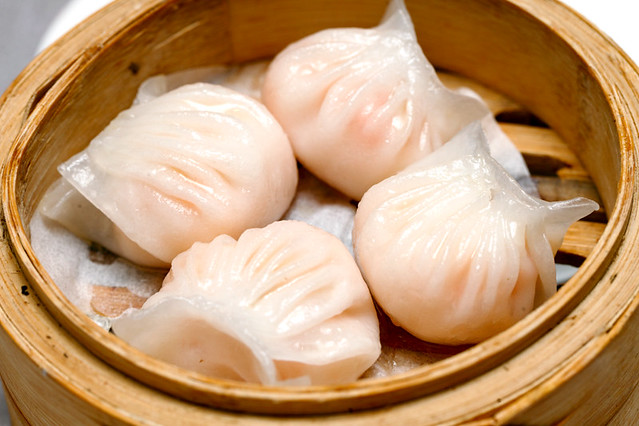 To save myself from repeating I am just going to say we enjoyed every single dim sum we tried. The ingredients were fresh and you could tell that a skillful chef was behind the creations. Steamed Prawn Dumpling @ RM11 – a must order. 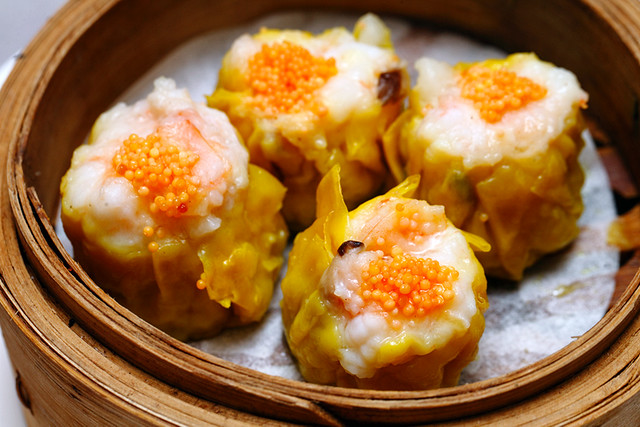 Steamed “Siew Mai” with Prawn @ RM10.80 – the addition of mushroom bits was a nice touch. 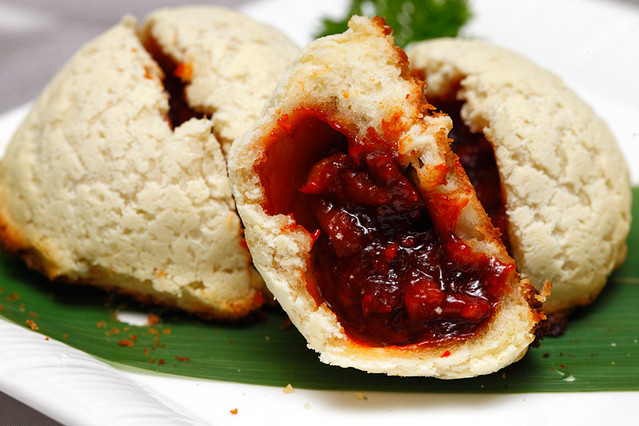 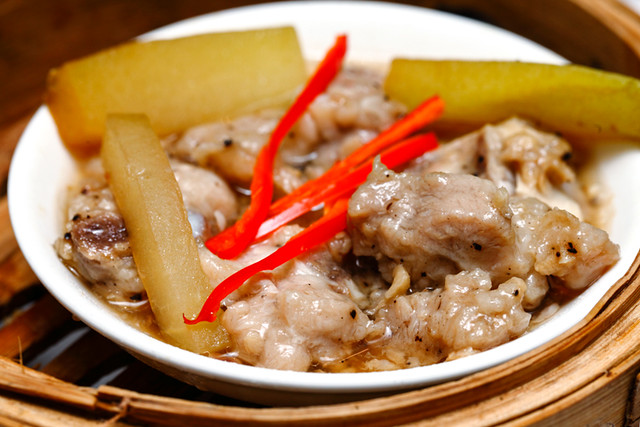 Steamed Pork Ribs with Chayote Melon & Black Bean Sauce @ RM8.90 – lovely flavor but I hated the horrible cut of spare ribs we got. 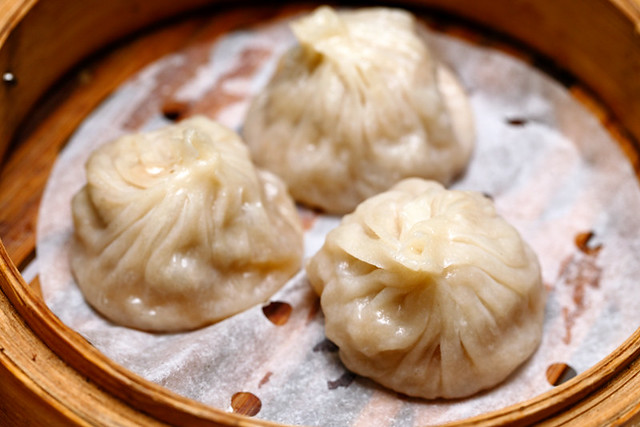 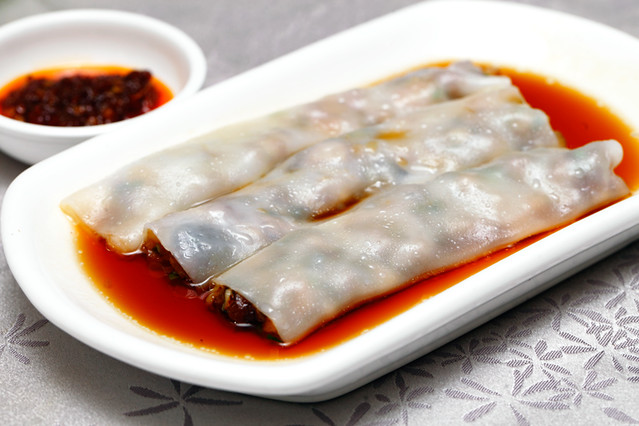 Steamed “Cheong Fun” with BBQ Pork @ RM10 – if you like the char siew you will definitely like this as well. 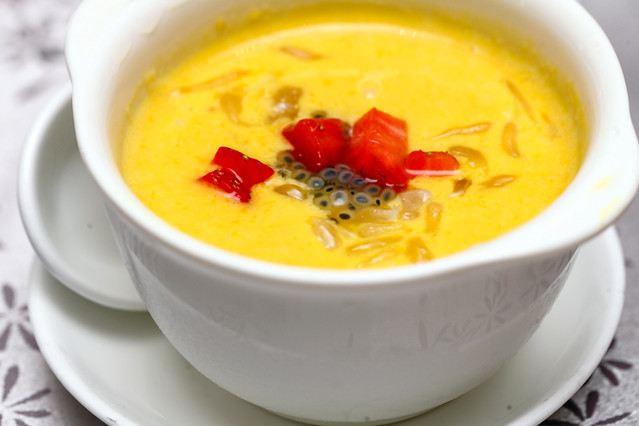 Chilled Pomelo Sago with Mango Cream @ RM8.50 – the only dessert we thought was worth trying. I can say with confidence that this is the best mango ‘sai mai lo’ I ever had in a restaurant. 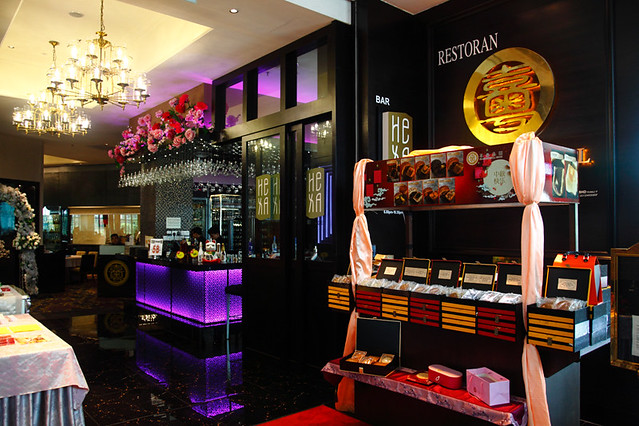 Lastly, it’s important to note that Grand Imperial is not a dim sum centered restaurant which means they usually serve lunch and dinner meals only. So unless it’s a Sunday or public holiday, you can forget about coming here for early morning ‘yum cha’ . 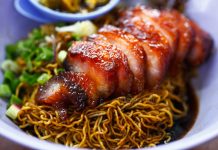