Continuing our food discovery in Kampung Baru, this time we found ourselves at D’Lala Seafood. Compared to the other restaurants within the same area, DLala is slightly more upclass and the premise was converted from a traditional Malay house. Our first impression was that “wow, this place is seriously clean!” 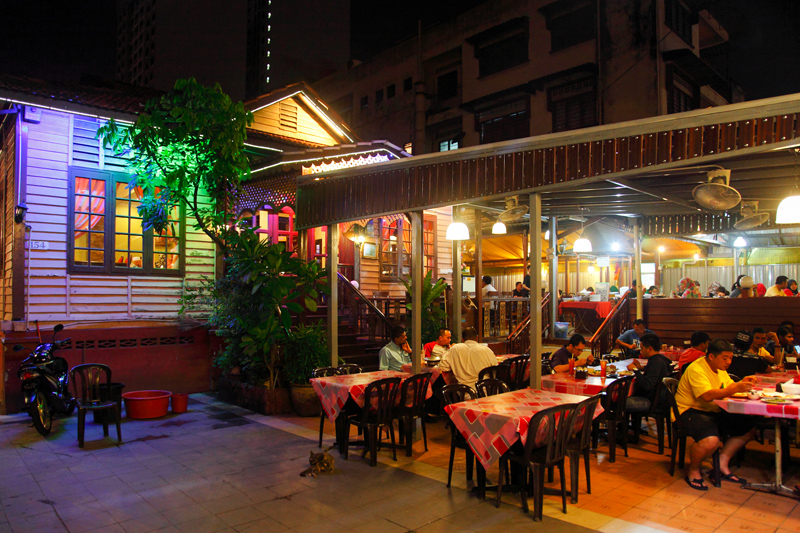 The dining area is separated into an air-conditioned (inside the ‘house’) and non air-conditioned (yard) with the former being more popular for the obvious reasons. In fact, it was fully booked so a reservation is recommended if you plan to sit in the a/c area. 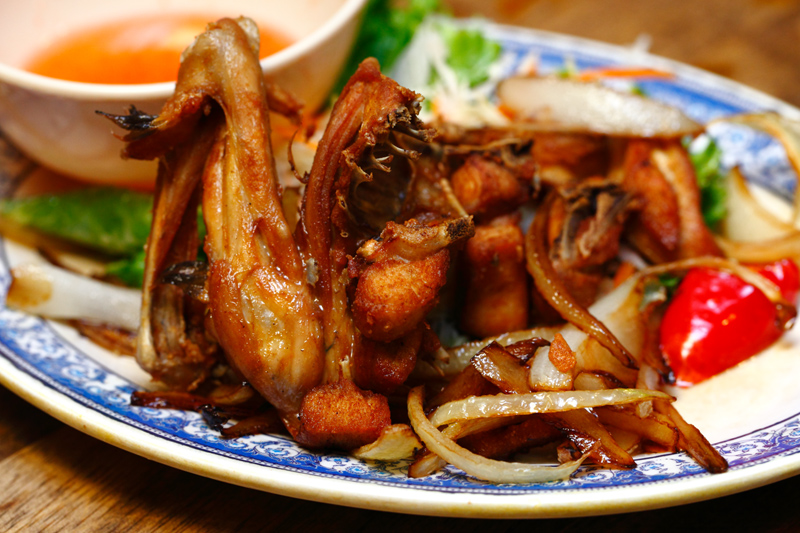 Moving on the food, we were pleasantly surprised by the vast selection on the menu consisting mainly of fusion Malay-Thai dishes. Prices are, however a ringgit or two more expensive than the rest, which is justified considering the nicer setting here.
Ayam Kampung Goreng @ RM7 is one of their many signature items hence it was ordered. Being a free-range chicken the meat was expectedly tougher but more flavorful. It’s not bad at all with the chili dip, which did not taste like it came from a bottle – at least none that I know of. 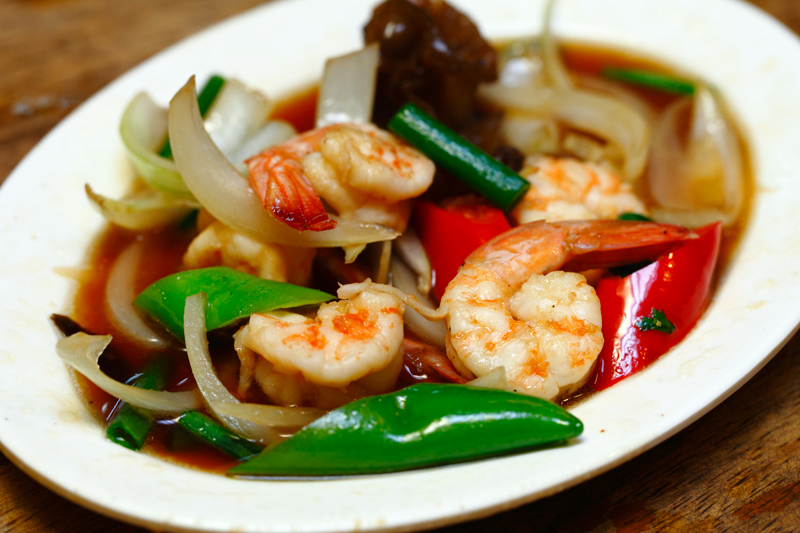 Udang Goreng Kicap @ RM7 – the amount of soya sauce that goes into stir-frying it was just nice and did not overpower the prawns’ natural sweetness. Tastes good but the portion size was too small for what it’s worth. 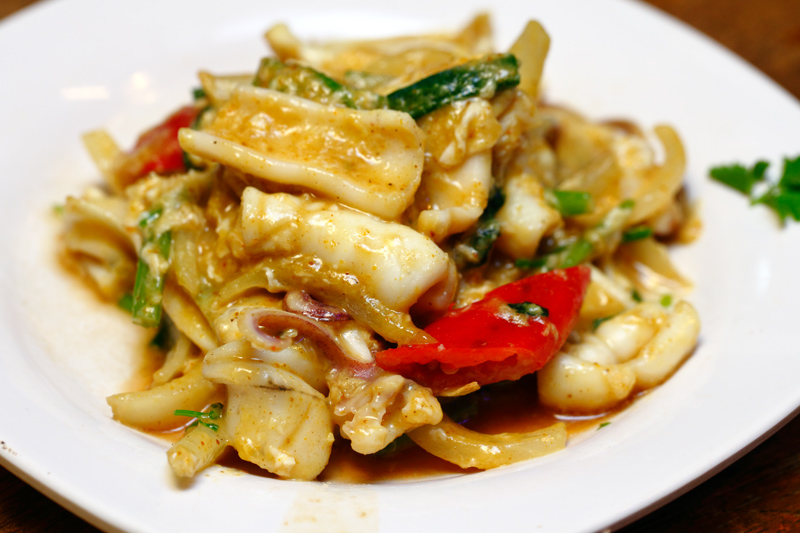 The most expensive dish we had that night was also the best one. With everything considered the Sotong Goreng Kari @ RM17 was delicious and the fragrant eggy gravy was perfect to eat with rice.
Besides, the flavor derived from this cooking style offers a different taste (even though it’s curry) so it’s worth a try. It should go well with any kind of seafood as long as it’s fresh. 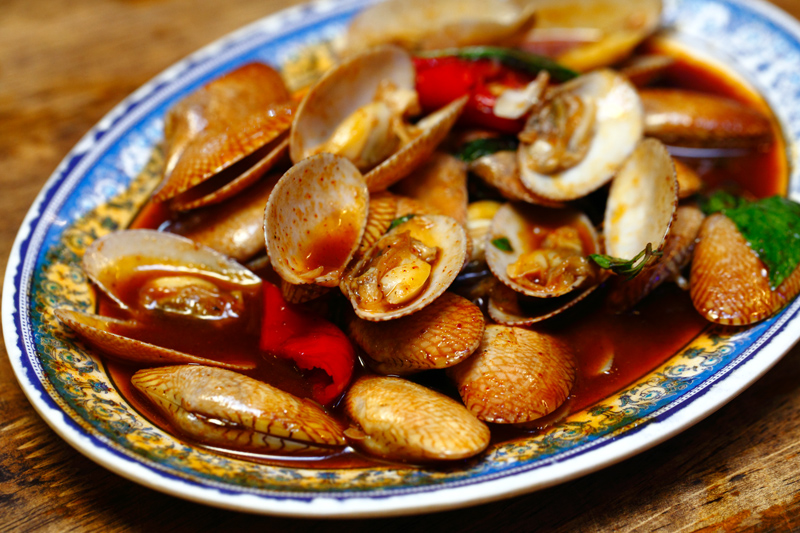 Unfortunately the Lala Goreng Pattaya @ RM7 was a disappointment for being stale. And the irony is that the restaurant is named after this seafood. After a streak of having stale/frozen clams, I think it’s high time for me to stop ordering any clam at any Malay restaurant.
To be fair, I think I am partly to be blamed for the choice because I knew it was not going to be fresh. But instead I took a gamble and hoped it would turn out otherwise. 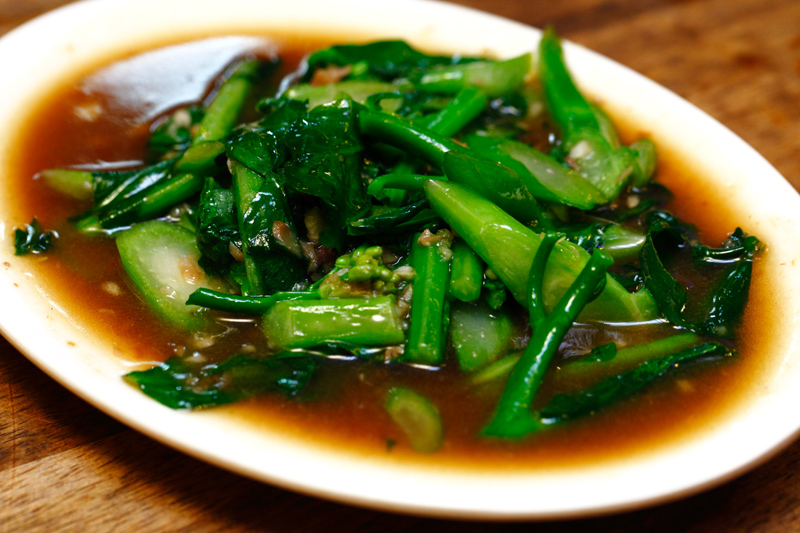 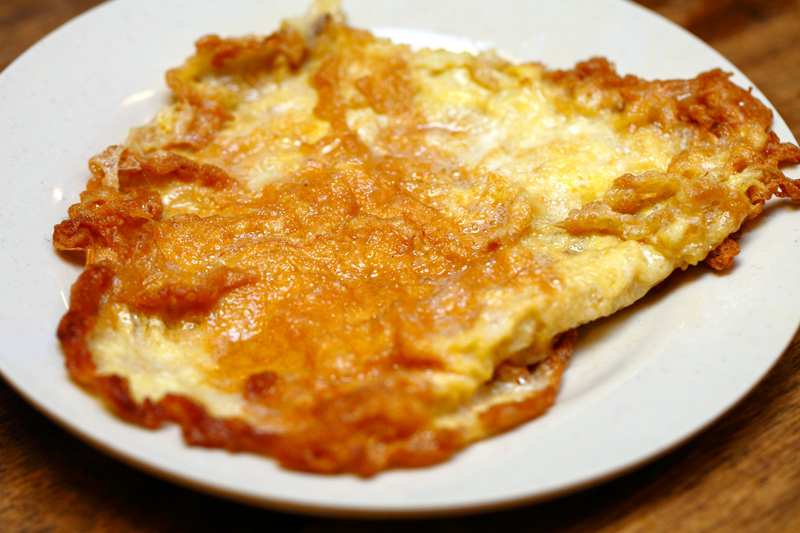 And as usual, two of our favorites: Kailan Goreng Ikan Masin @ RM6 and Telur Dadar @ RM1.50 which was awesome with the spicy and sour chili sauce. 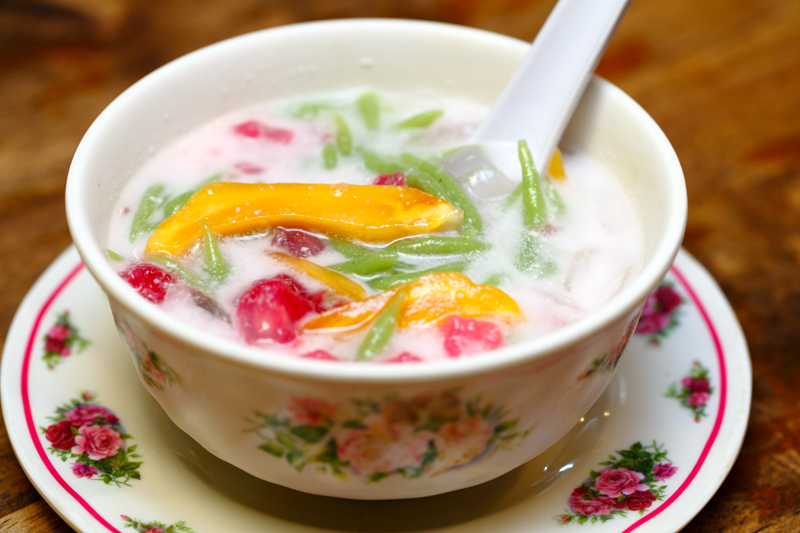 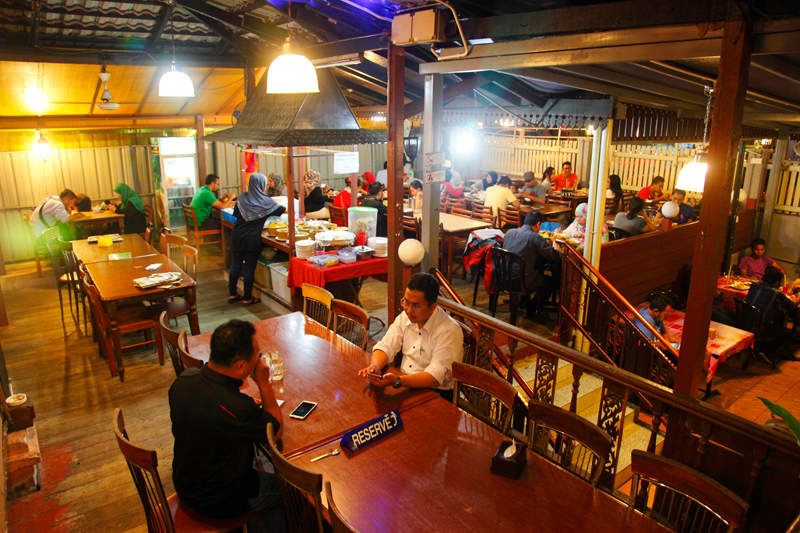 If you fancy a sweet ending to the meal you’d be happy to know there’s quite a few desserts such as Pengat Labu, Pengat Pisang, red ruby, kuihs and etc to choose from. In fact, don’t look at the menu, just walk over to the center of the restaurant and pick directly from the dessert stand. 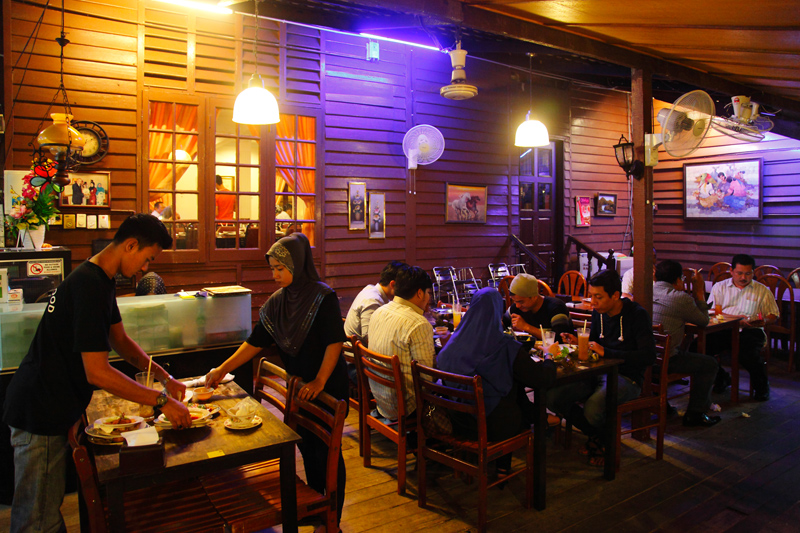 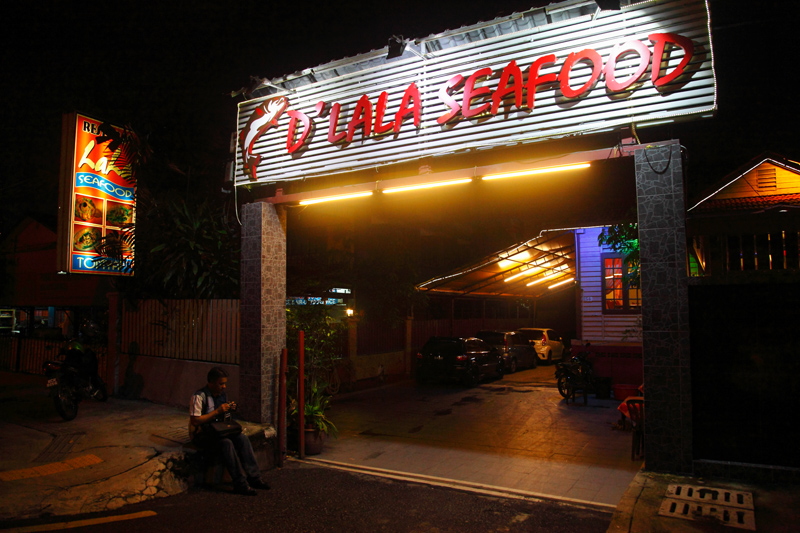