Durian used to be an affordable thing to eat. I remember when I was still selling durians 3 years ago, Musang King was only RM13/kg at the lowest and hovered around RM18-RM21/kg on average, while D24 was only RM9/kg. 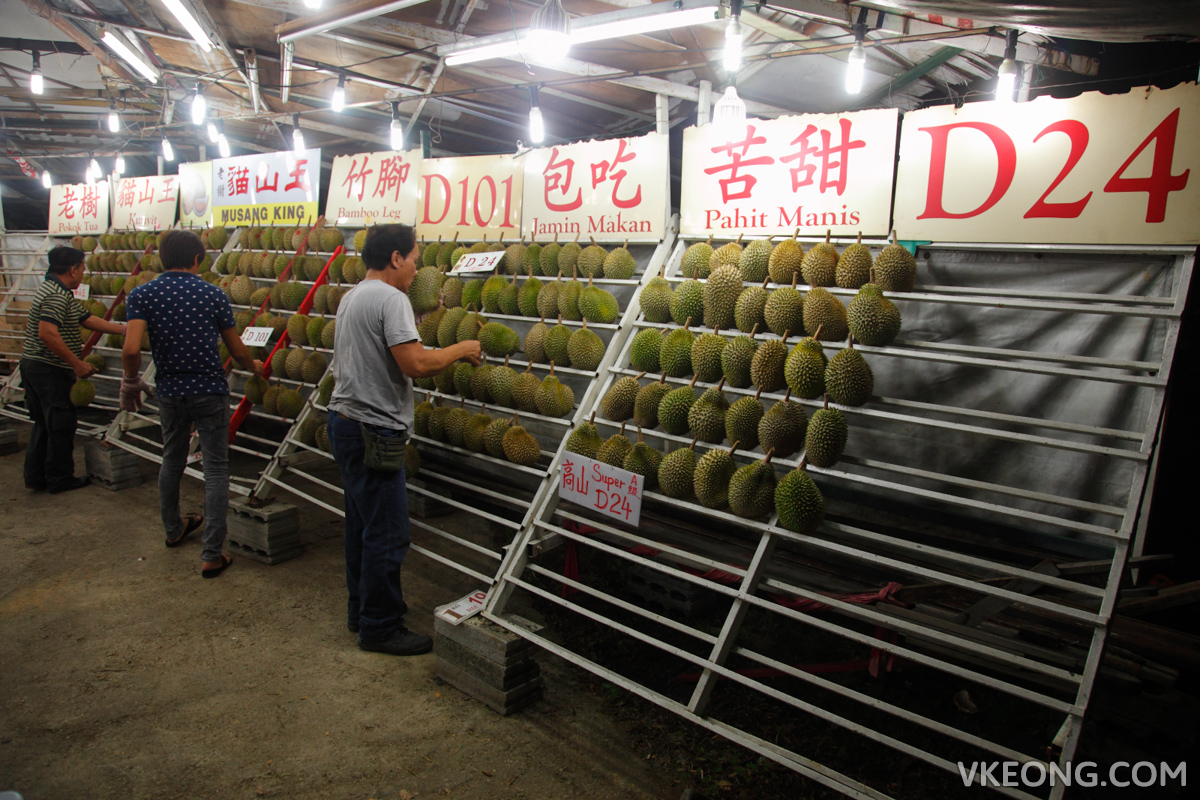 The season of our local durians just started recently and it is expected to last till November. As usual, prices are high due to the lower yield, which is normal during the begining of every durian season.
You can also expect the prices to remain moderately high because it rained a lot earlier this year and that has a drastic effect on the harvest. Even if there were cheap durians, they would have been snapped up by food manufacturers to be processed into frozen durian flesh.
Nowadays I only buy my durians from Chen Brothers. Although their durians are slightly more expensive than the rest, you can be assured of the quality and we have never been disappointed so far.
Even if there was an issue with the durians we bought from the brothers, they would happily exchange for us – no questions asked. Just make sure you really return those problematic durians, ok? 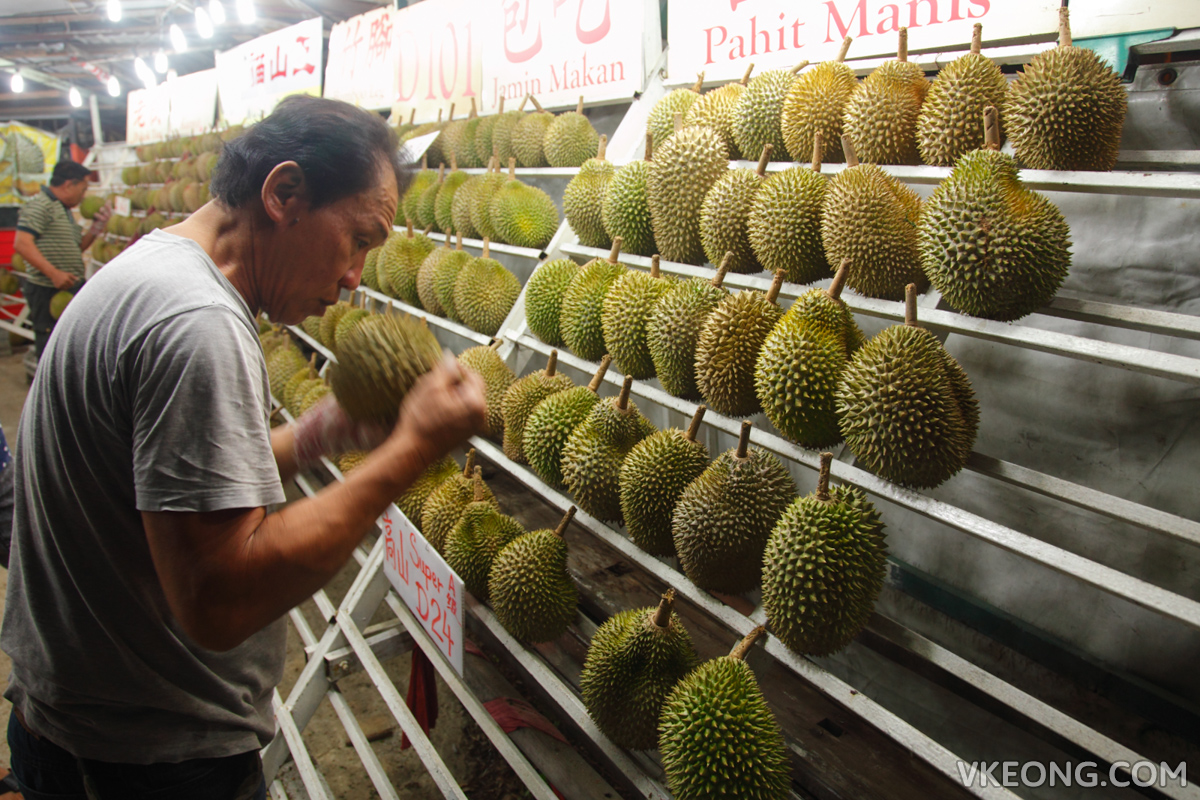 Musang King was definitely out of our consideration because it was too pricey. During our visit there were only 3 of them left but still, they were snapped up immediately by the buyer who came after us. Based on the budget we had, we bought a 红肉仔 (hung yuk zai) and 细核仔 (sai wat zai). 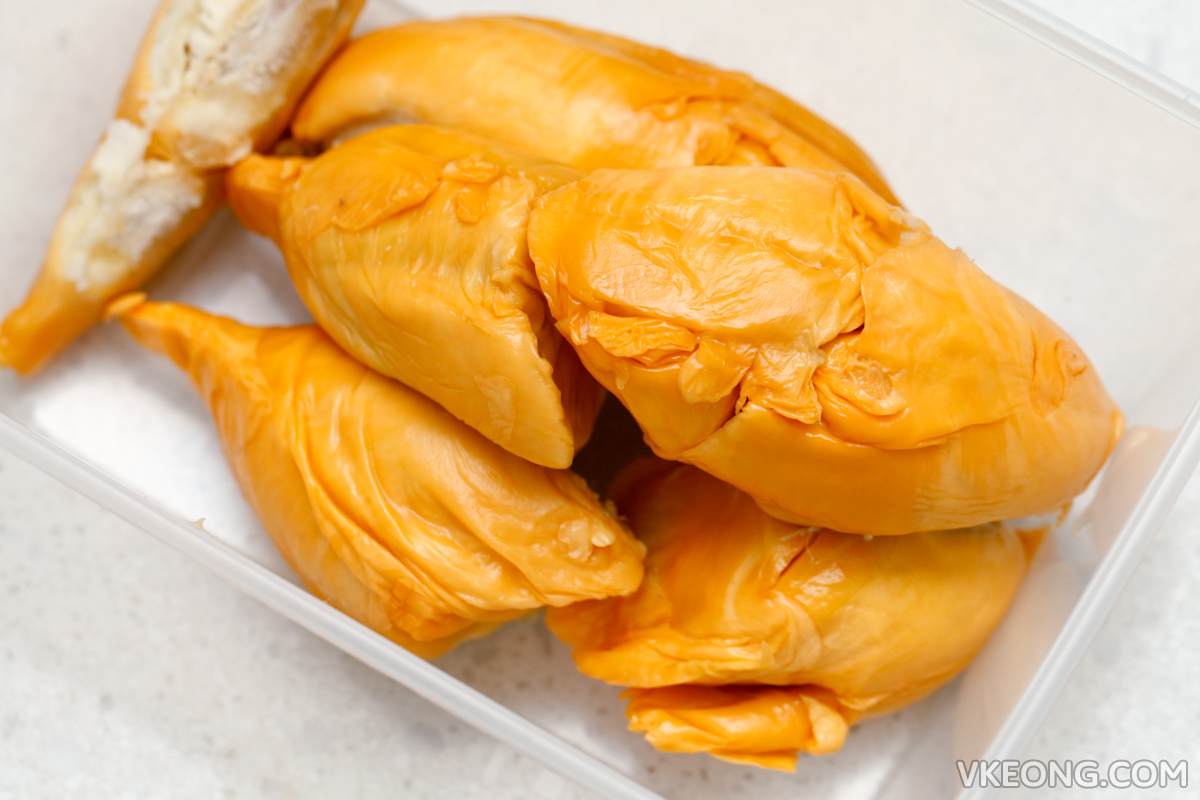 This was the 红肉仔. When literally translated, it means ‘red meat kid’ and you can see where it got its name. The color of the flesh is orangy with a matching bitter sweet flavor accompanied by a faint aroma of wine. Taste wise it could go toe to toe with Musang King, but the seeds are rather large. 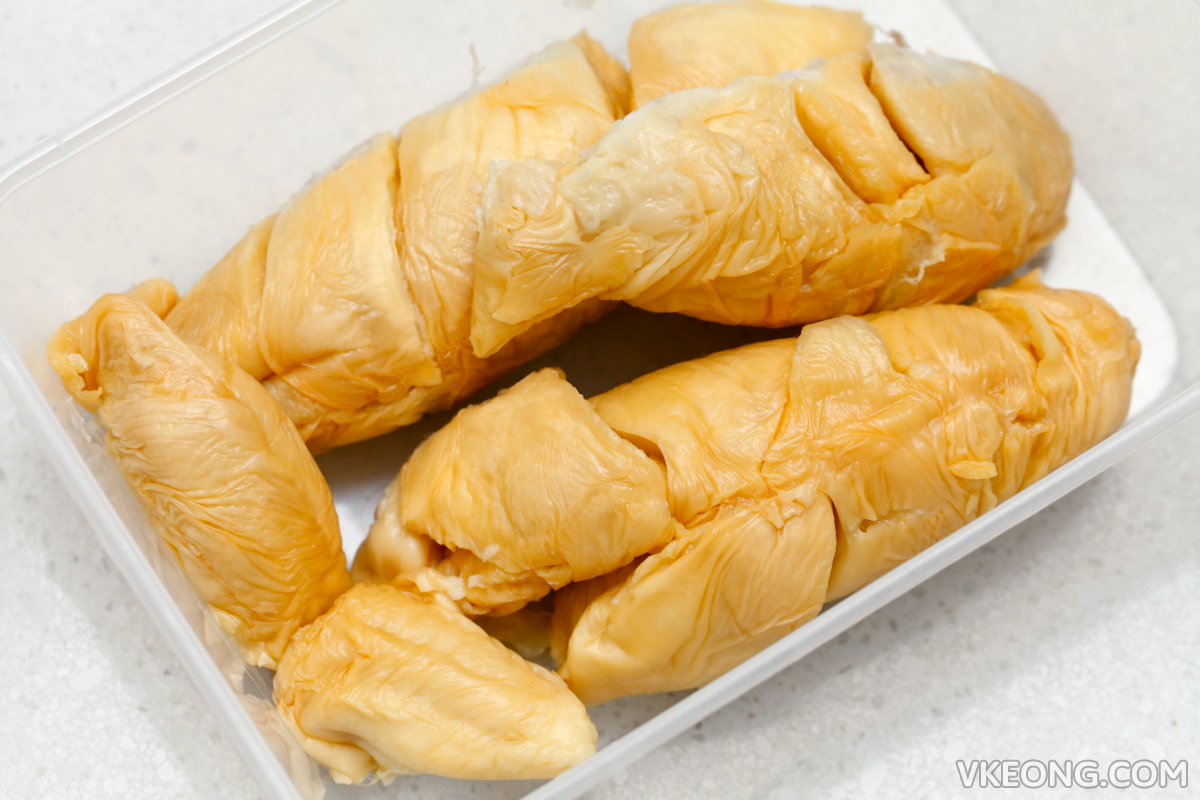 If you like your durians with tiny seeds, then the 细核仔 (translated to tiny seed kid) can be considered. At its best quality, the flesh is thick and creamy with a wrinkled appearance. The taste is on the sweeter side and not as sophisticated as D24 or 红肉仔 mentioned earlier.
Lastly, do you know that a lot of durians you see in the last 2 months or so were imported from Thailand? Those are usually labeled as ‘red prawn’ because of the color of the flesh and its sweet taste. You can actually purchase them at Selayang’s pasar borong for half the street price.
Personally, I have never liked Thai durians because of the unnatural things they do to the fruit to make it ripe faster, like injecting hormones (through the stem) and submerging them in chemical laced water. Avoid if possible.