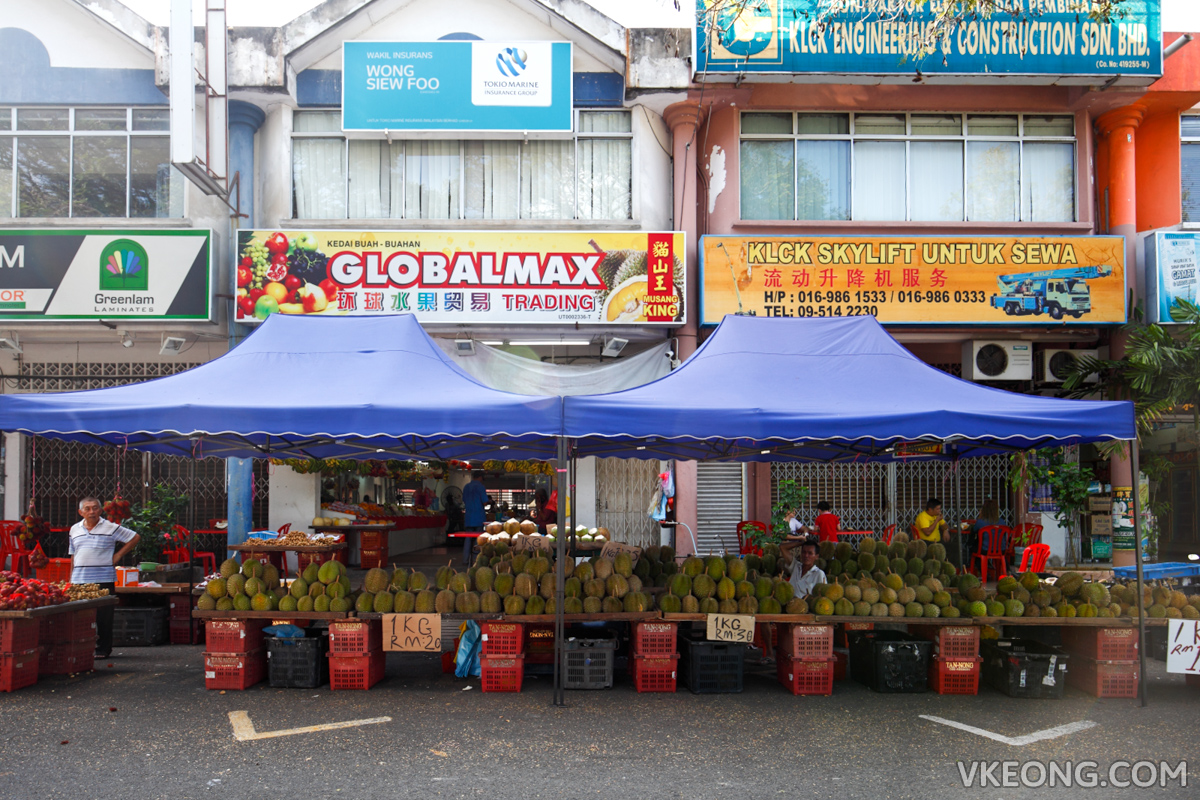 We were in Kuantan yesterday and decided to look for a durian stall. After asking around, we were told that Globalmax Trading is the place where locals shop for durian. It’s a large shop at Jalan Lim Hoe Lek and they also sell kinds of fruits too. 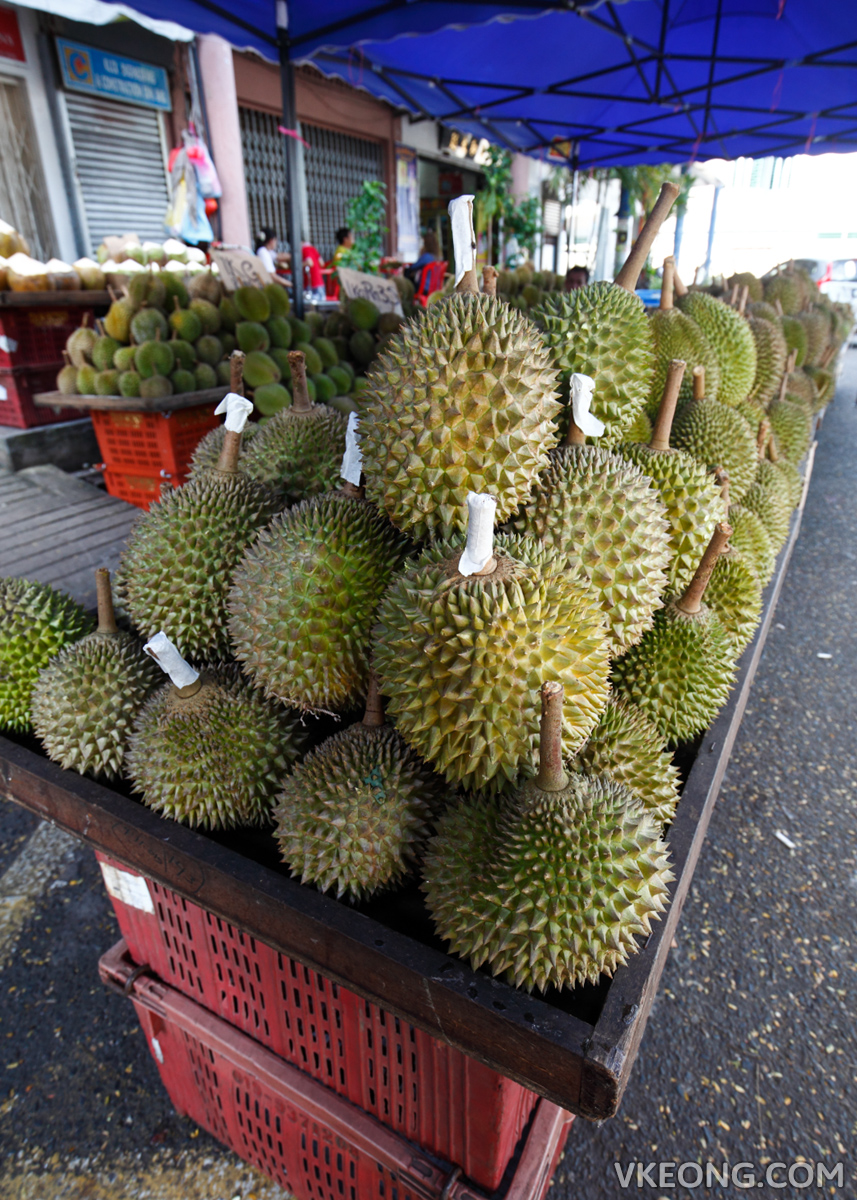 Since we were in Pahang where durians are highly cultivated, we thought the prices would be cheaper. As it turns out, the prices we got were similar to what we would get in KL. During our visit (still early durian season), Musang King was selling at RM85/kg. 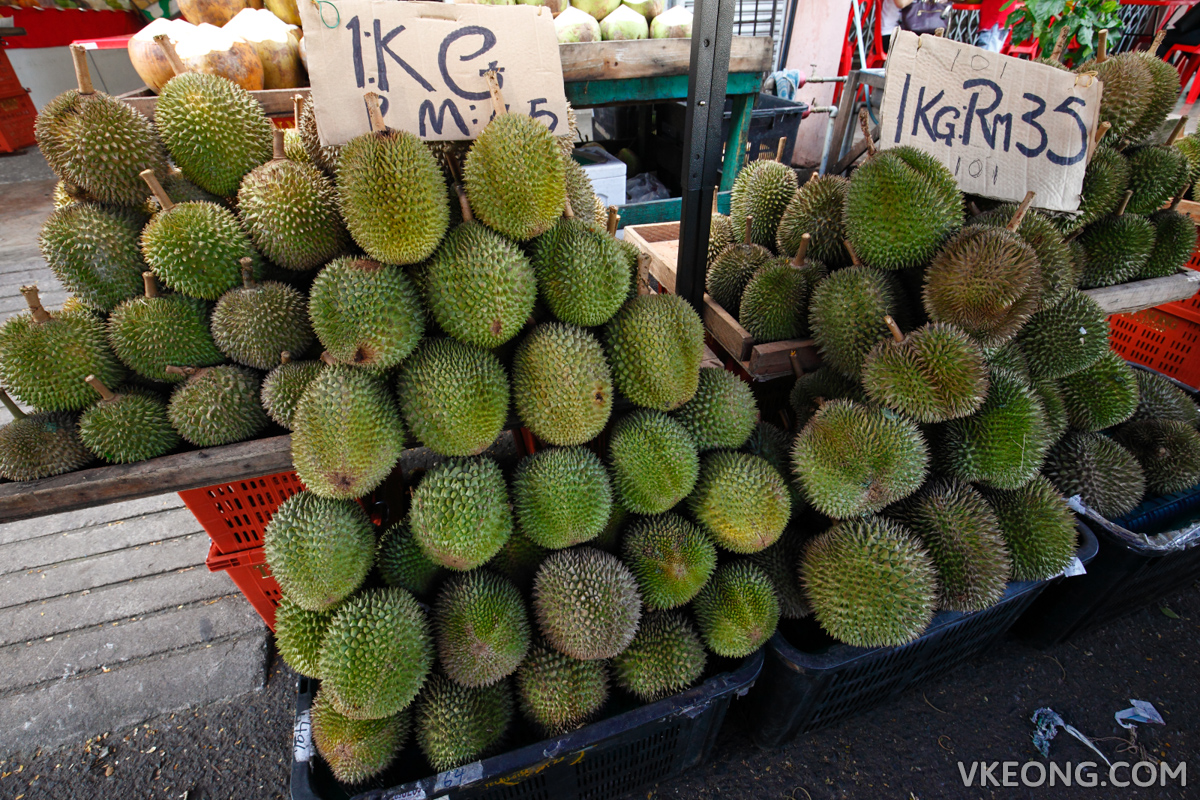 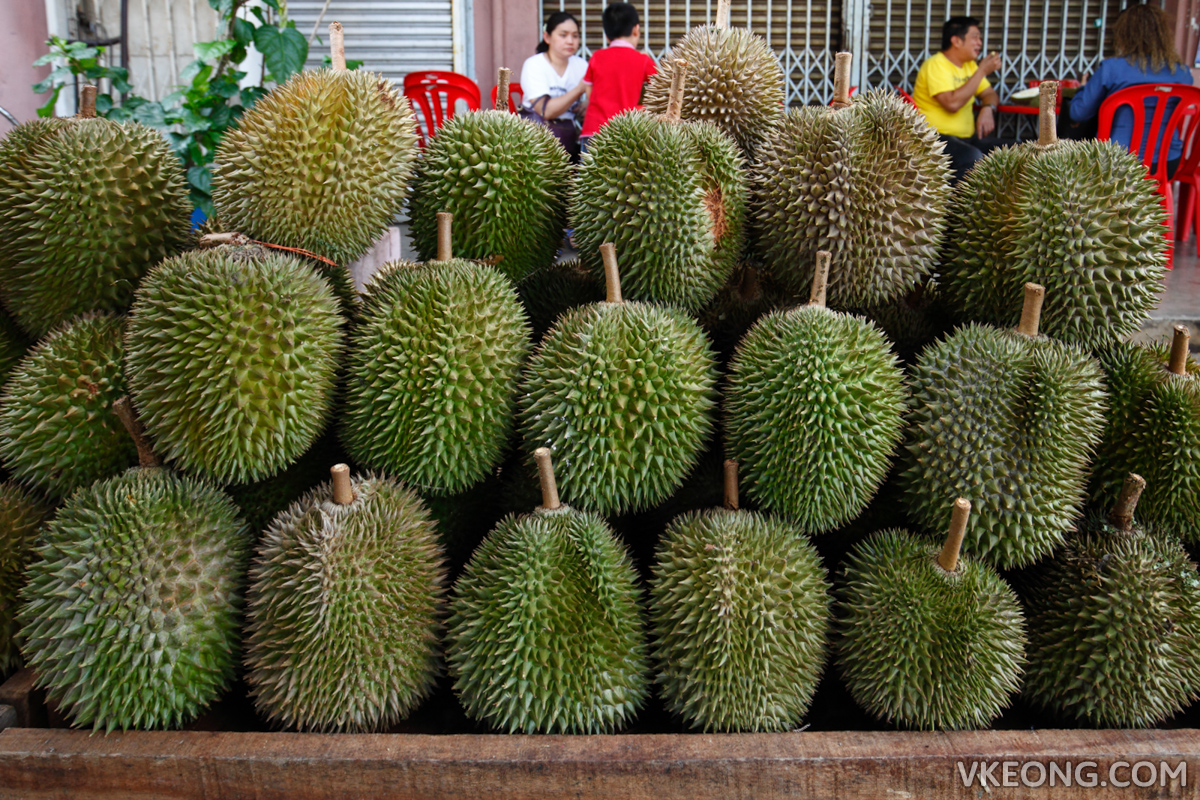 101 was RM35/kg. Other than the 3 branded durians mentioned, durian kampung were also available and had two prices. They were either RM20/kg or RM12/kg depending on their size and freshness. If you have a keen eye, you might even spot a random D24 among them.
For those who don’t mind buying older stocks, Red Prawn and 101 are offered at half their normal prices. You can tell it’s an ‘overnight’ durian when the stems have dried up, the shell is yellowish and has cracks. 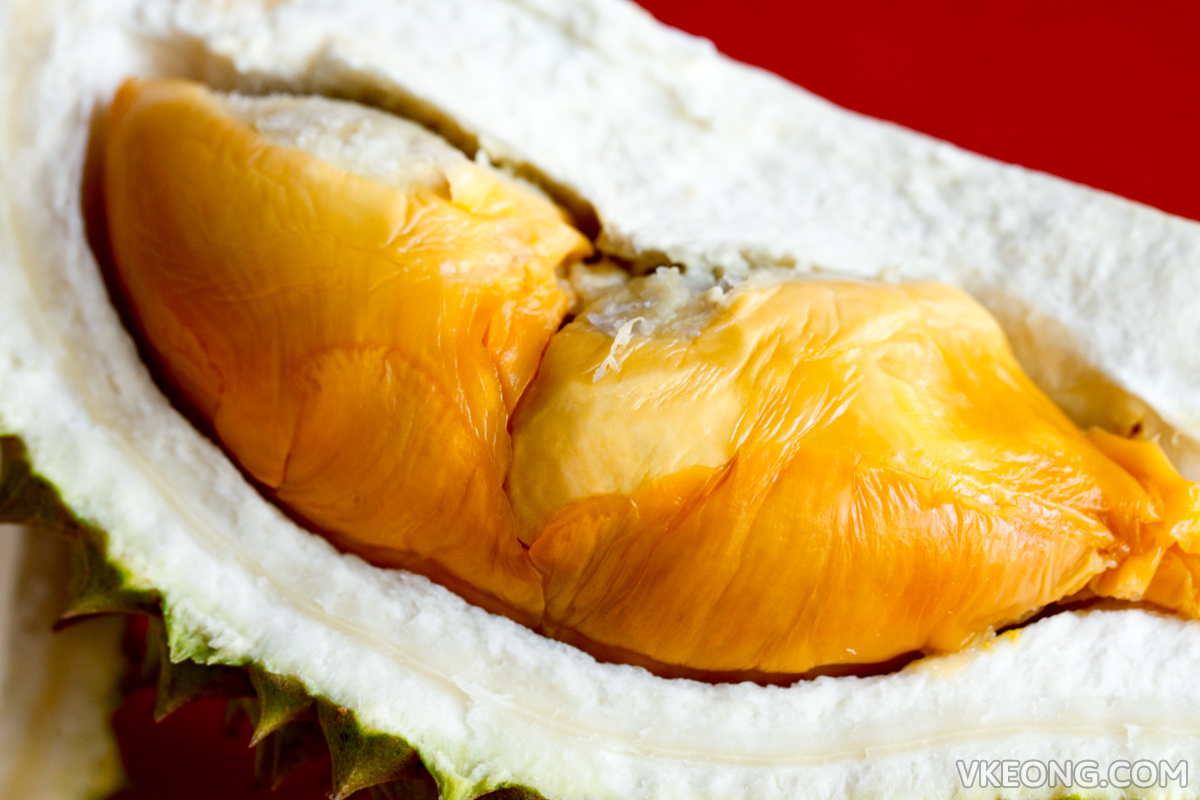 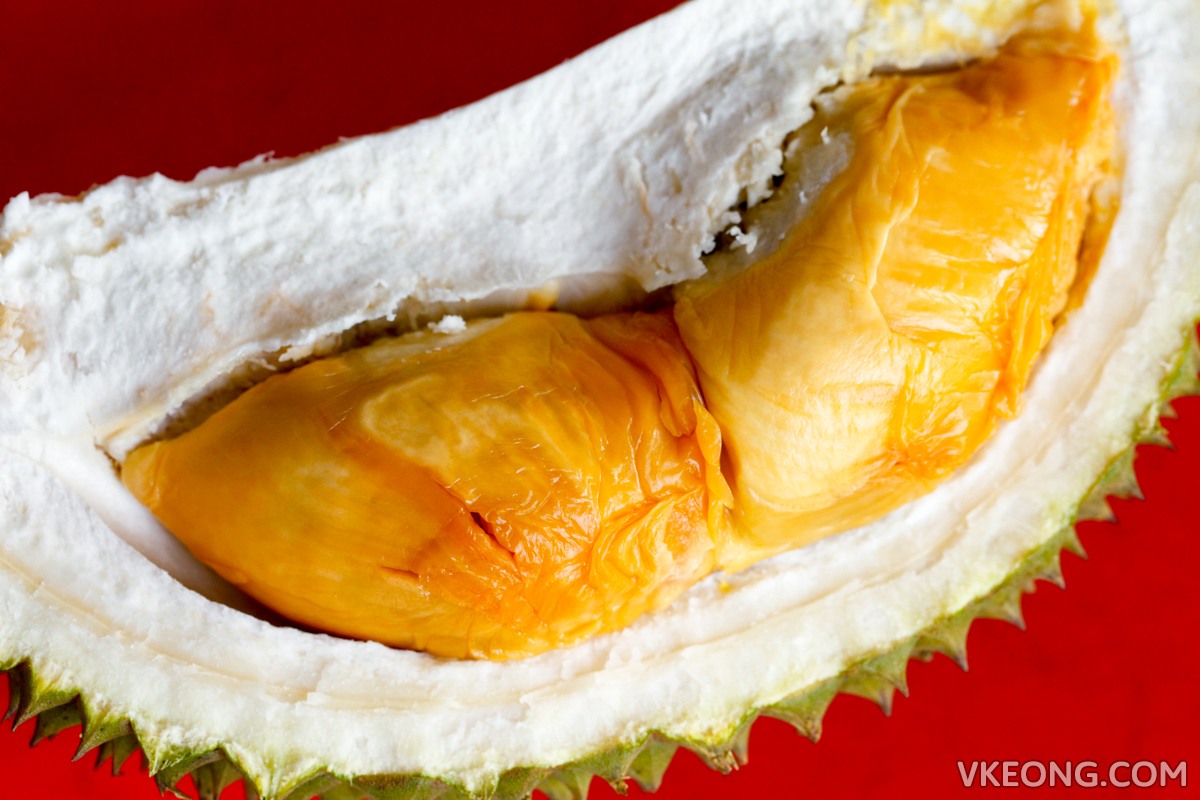 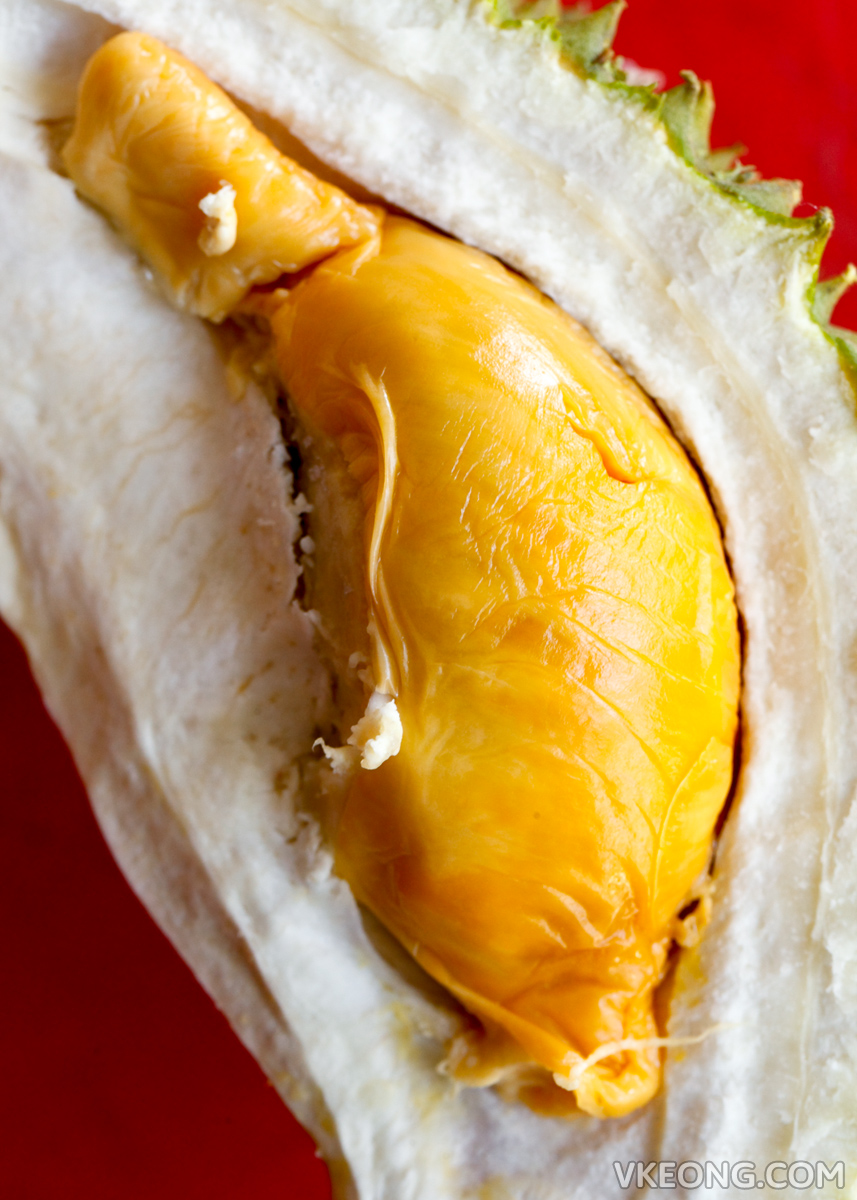 Haggling is permitted here and I highly encourage you to do so. We picked a Red Prawn durian and negotiated it to RM40/kg, down RM5. After it was weighed the price was RM75. We asked them to drop it to RM70 and they happily obliged.
The Red Prawn we had was bitter sweet, as indicated from the ‘bruising’ or darker spots on the flesh. The ripeness was just nice so it was creamy, no complaints there. 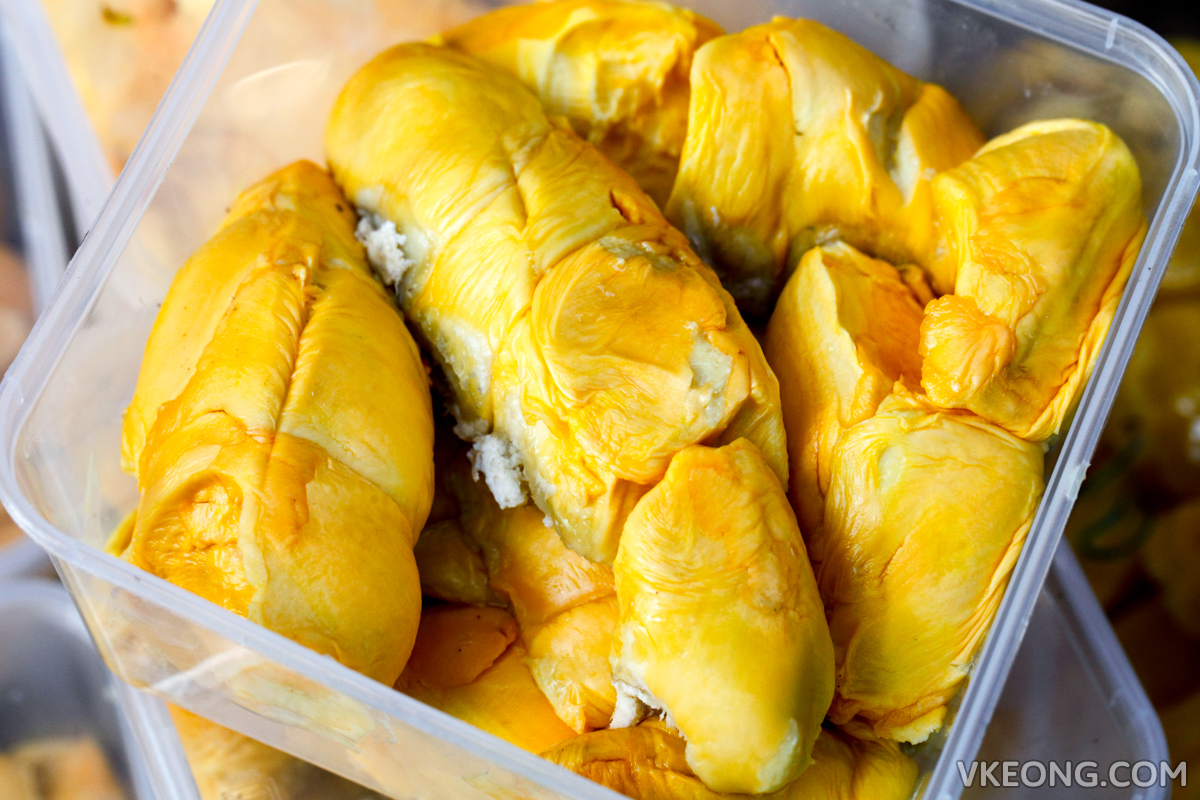 Freshly packed durians are also sold here and they were RM50 a box. It’s value for money because it’s a huge box and you get branded durians like 101.
If you are wondering, the durians used for this could be half-eaten by squirrels, with worms on one side or broke (hit the ground) when they fell from the tree. Perfectly edible, just not sellable as a whole fruit.