One of the things we set out to do during our trip to Taiwan was to eat at a ‘hot fry’ restaurant. ‘Hot fry’ is the literal translation of 热炒, which is similar to our ‘dai chao’ where the dishes are cooked upon order. 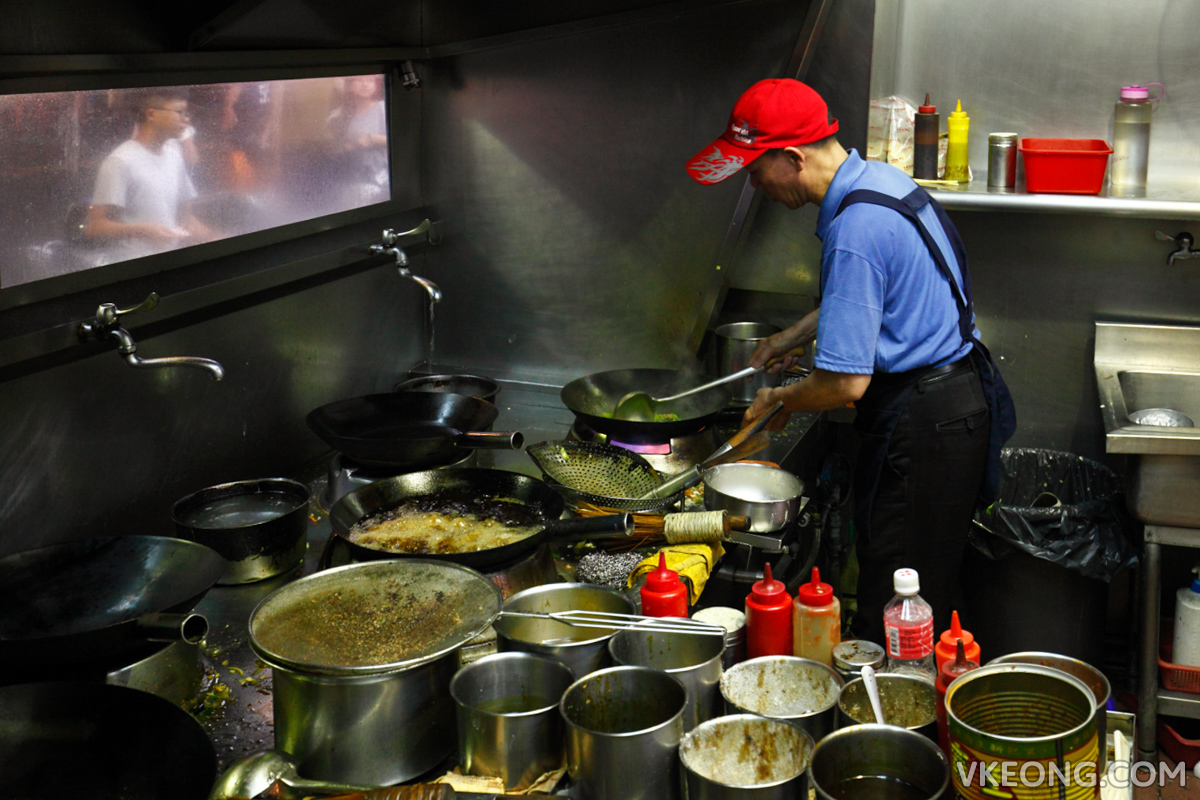 The reason we picked to eat at Feng Jia Shiann Chao was because they are one of the longest standing ‘hot fry’ restaurants around Feng Jia night market. It was also recommended by a couple of random locals whom we spoke to. To order, you need to fill in the order chit at the counter then pay for the food immediately. 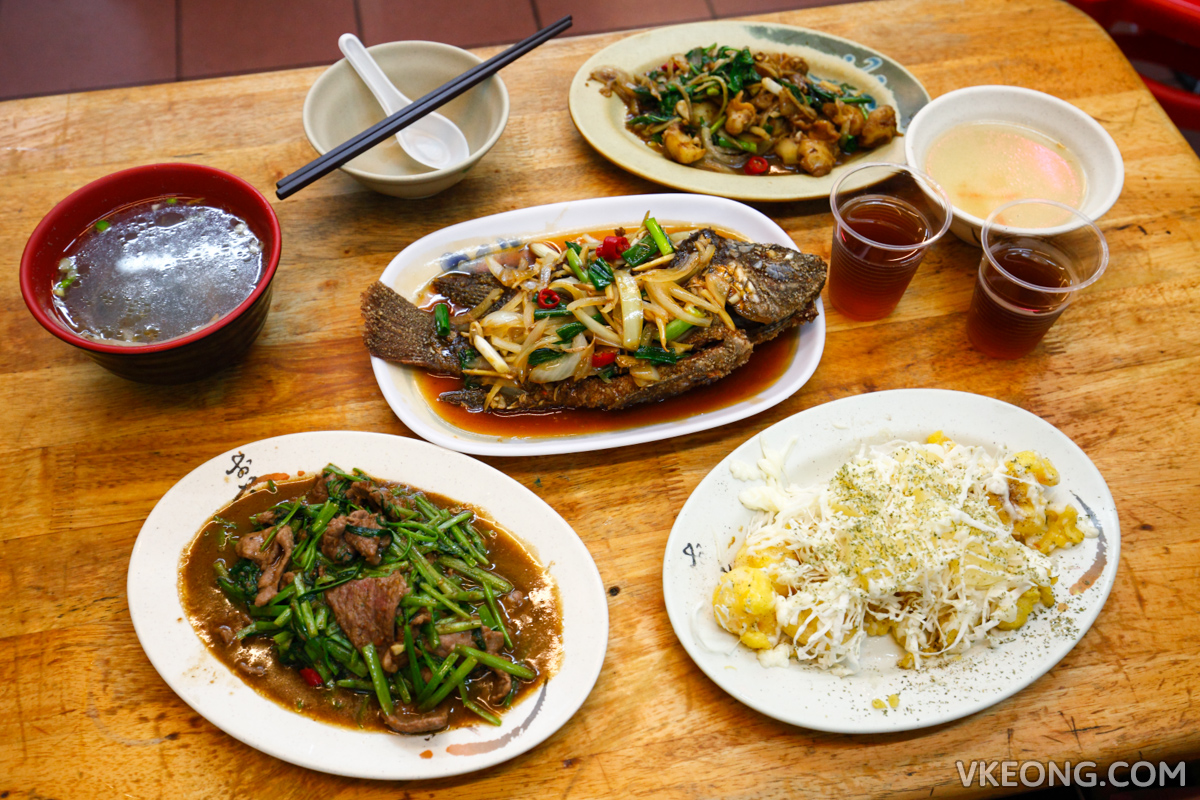 Their menu is categorized by fried rice, fried noodle and simple home cooking dishes. The prices range from NT$50 for a fried rice to NT$130 for a seafood dish.
Based on the many meals we had in Taiwan, I can say that the prices are fair, if not cheap for the portions you receive. 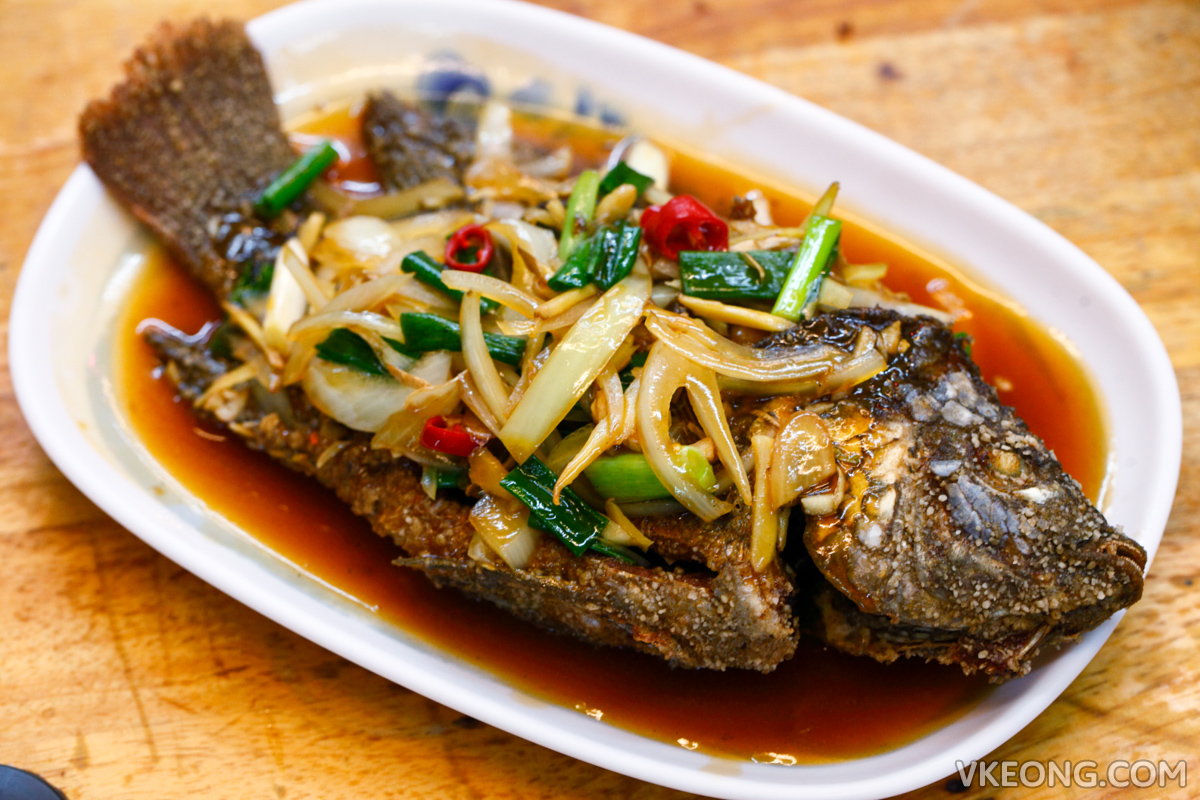 The most enjoyable dish we had that night was the fried tilapia with onion and scallion in a sweet sour sauce @ NT$130. Do note that Taiwanese refer tilapia as 吴郭鱼 and not 非洲鱼, and the fishes are mostly farmed and imported from China. The fish was fleshy, fresh and free from muddy odor and the sauce was great with rice. 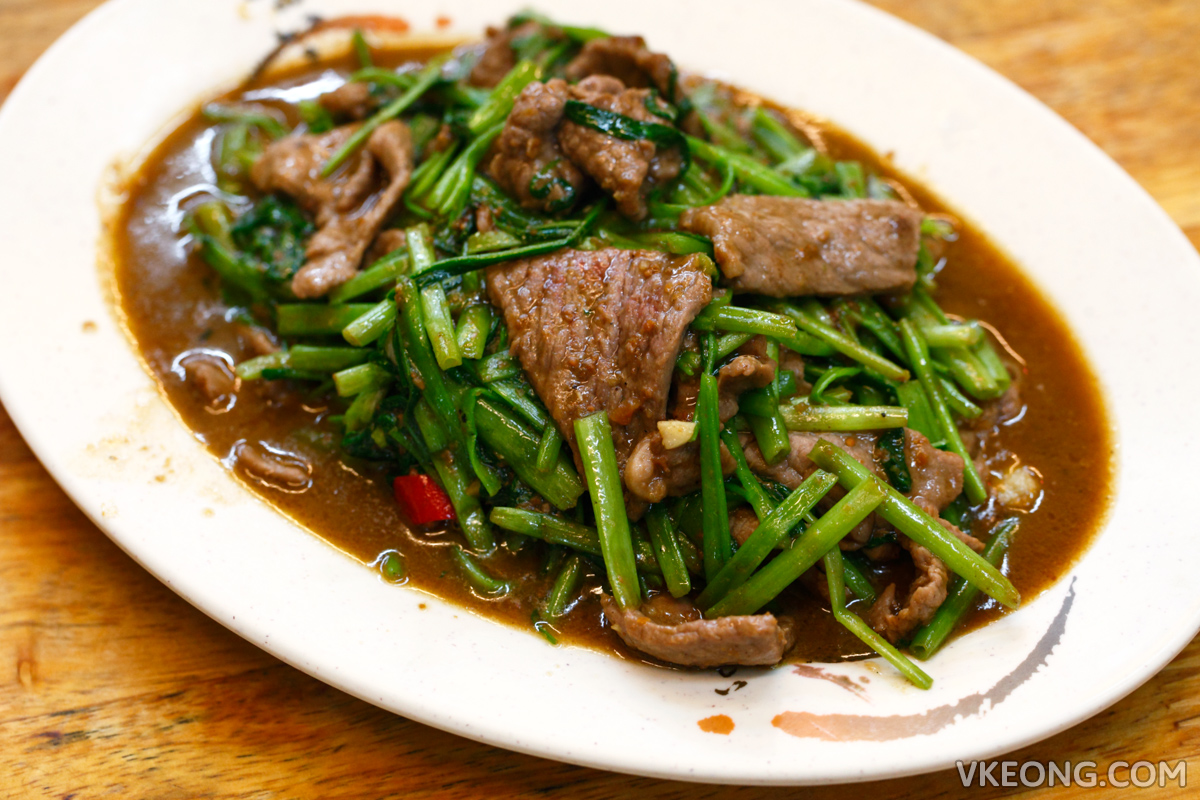 Sha cha is a commonly used sauce in Taiwan made from soybean oil, garlic, shallots and other seasonings. It is actually a modified version of satay sauce but with totally different flavor profile.
Here, we had it with stir fried beef and water spinach @ NT$100. They were generous with the beef slices (not tenderized artificially) and the portion was big enough to be shared among 2 to 3 pax comfortably. 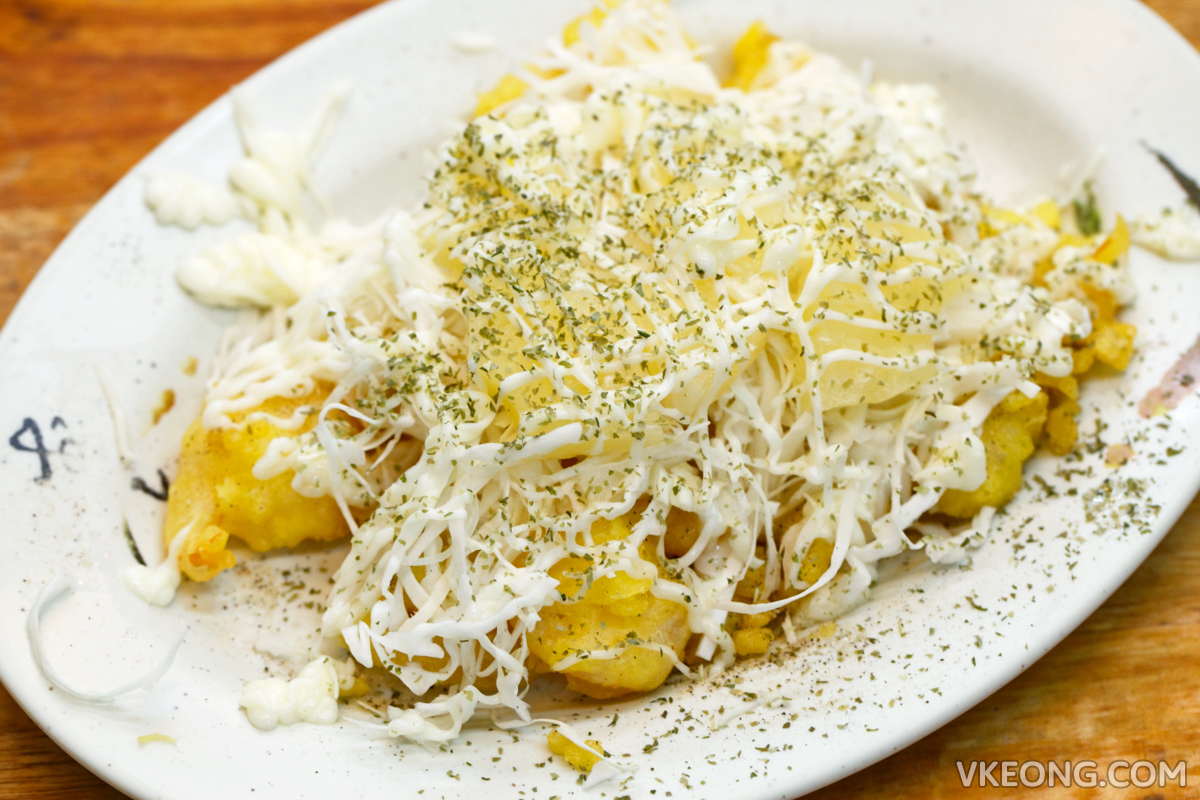 The prawn and pineapple salad @ NT$120 is a highly popular dish here. But if you ask me, our Chinese restaurants’ rendition of salad prawns are much tastier in every aspect. 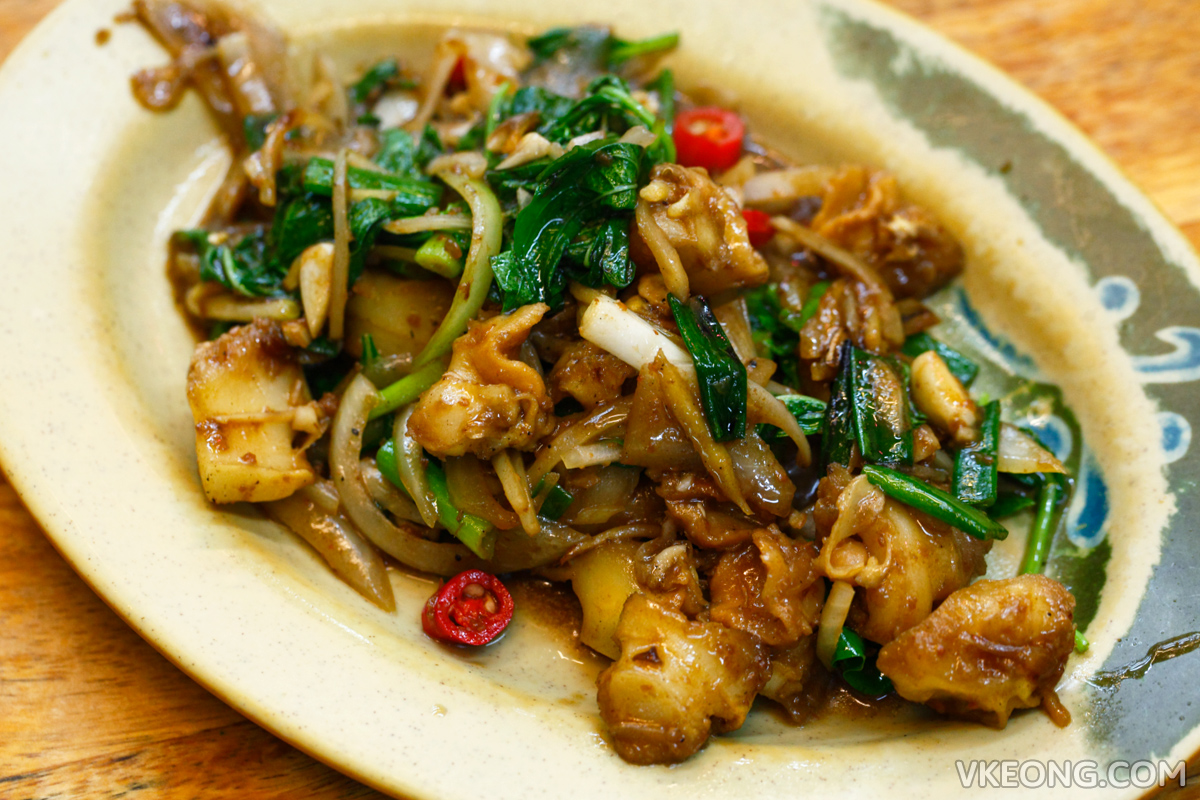 Since they ran out of clams, we settled for the next best option which was stir fried conch meat with basil leaves @ NT$100. The texture of the conch meat was similar to squid or abalone but a lot crunchier. We also had a small serving of oyster soup @ $45 which tasted really good. 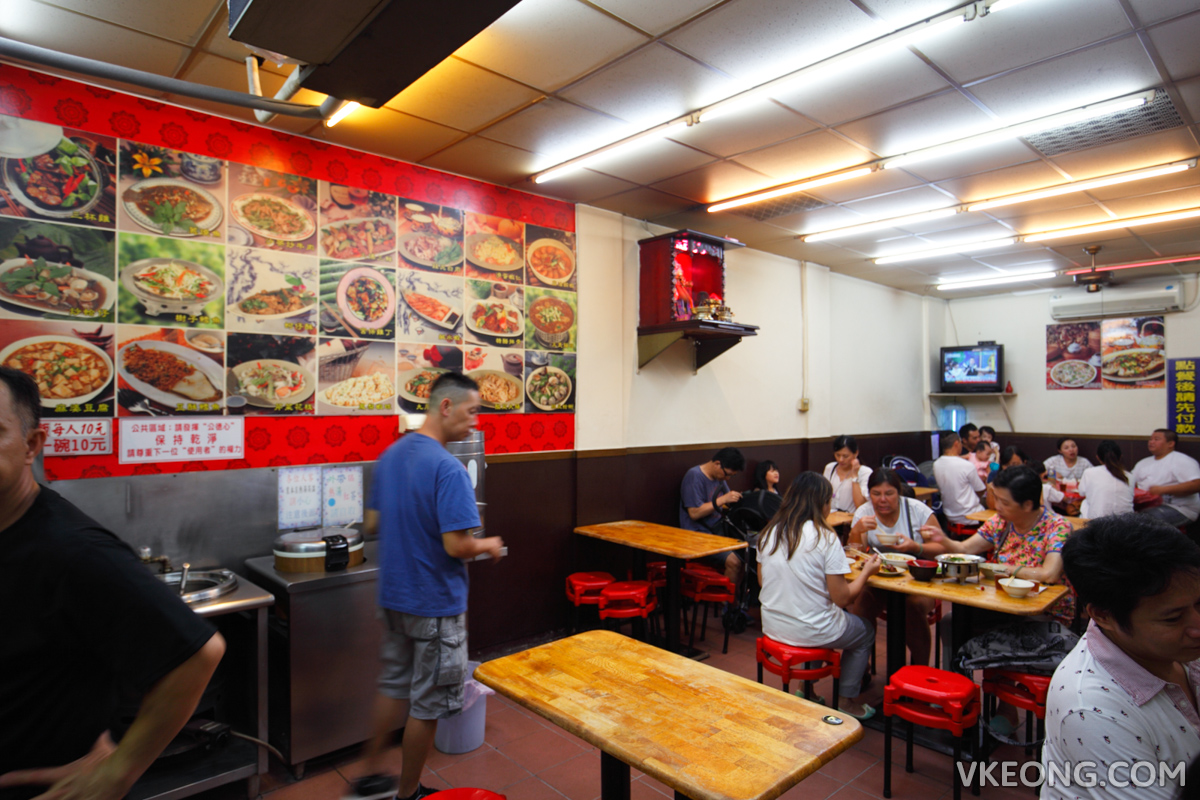 In total, we spent NT$495 (~RM70) for this satisfying meal. Considering there were only the two of us, we definitely over-ordered because the amount of food we had could in fact feed a family. In Taiwan, a restaurant such as Feng Jia Shiann Chao would be described as having high CP value. 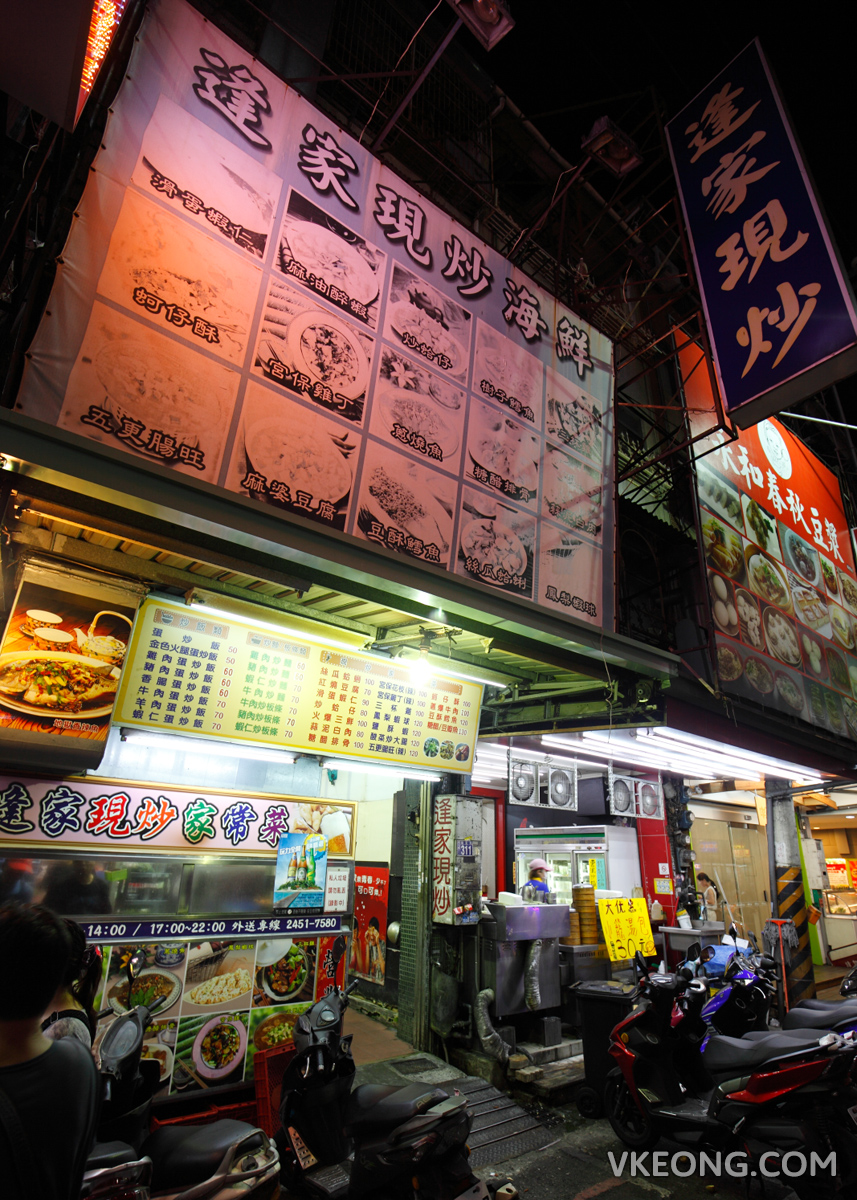