Besides Ah Wah Hokkien Mee, Millennium Eighty Six coffee shop is also popular for its fish head curry. Interestingly enough, the stall is manned by an Indonesian lady who has mastered the dish after years of experience in the trade. 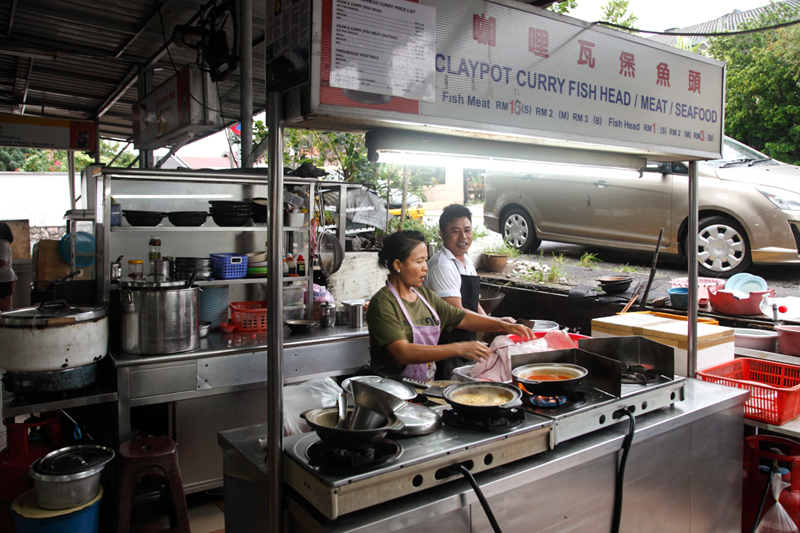 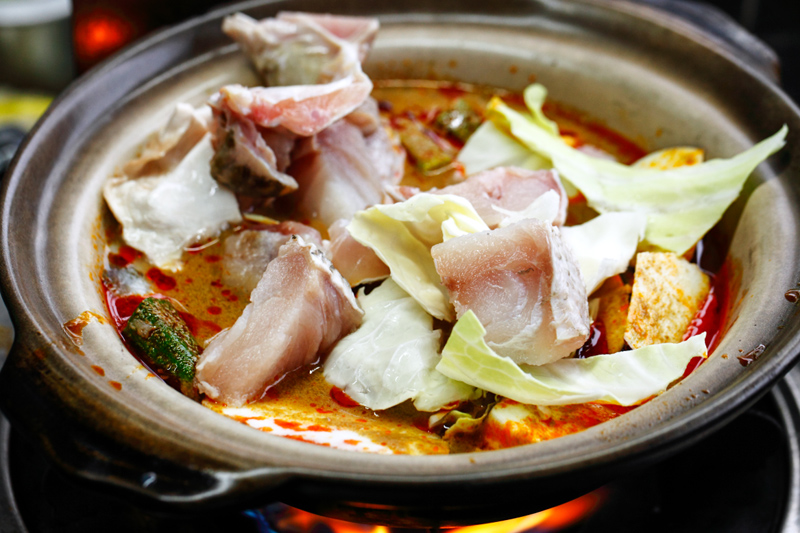 Ina’s fish head curry is also well-known overseas and she has served quite a number of tourists, some even from South Africa. Besides fish head and meat, you could also opt for additional squid and Ming prawn at RM6 and RM4 each respectively. The minimum order for the prawn is 2 pieces though, so that’d push up the price considerably.
Eventually we settled for extra squid, simply because we were feeling like it. Maybe because I was chatting with her (or maybe she saw my camera), Ina decided to give me a RM2 discount too. It wasn’t a big deal, but a nice gesture nonetheless. 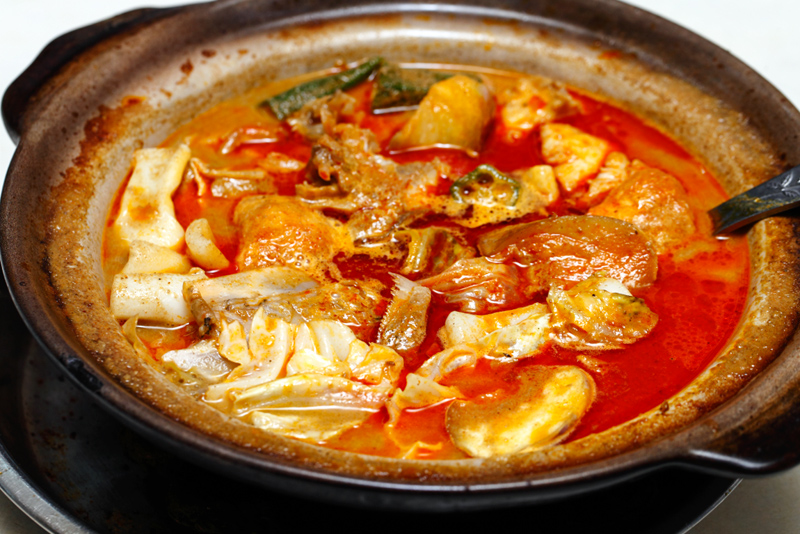 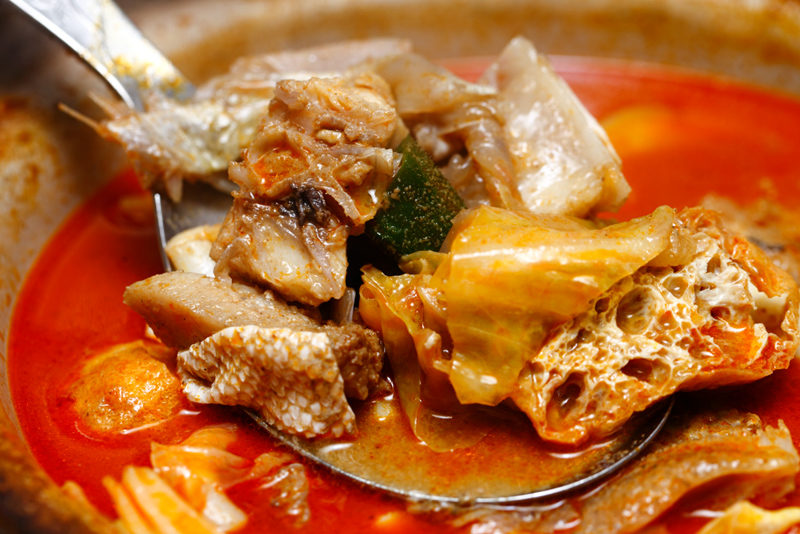 Compared to the usual fish head curry served at the typical Chinese seafood restaurants, Ina’s version sports a thinner coconut milk but with stronger spices. The curry itself is spicy and not sweet too.
As for the fish and squid, both of them were satisfyingly fresh tasting and were cooked perfectly. It was obvious that the squid was added at the end so it was tender and delicious. And while the curry might feel under-flavored when eaten with rice, it’s actually just right if you taste it directly. 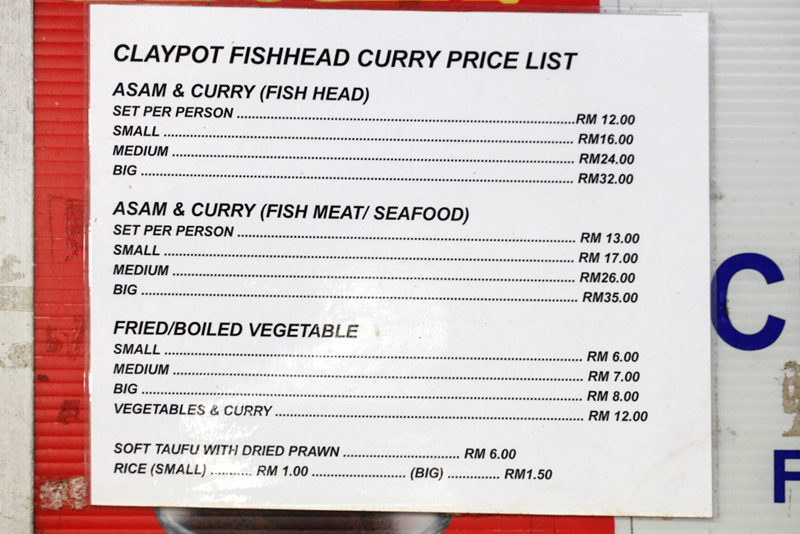 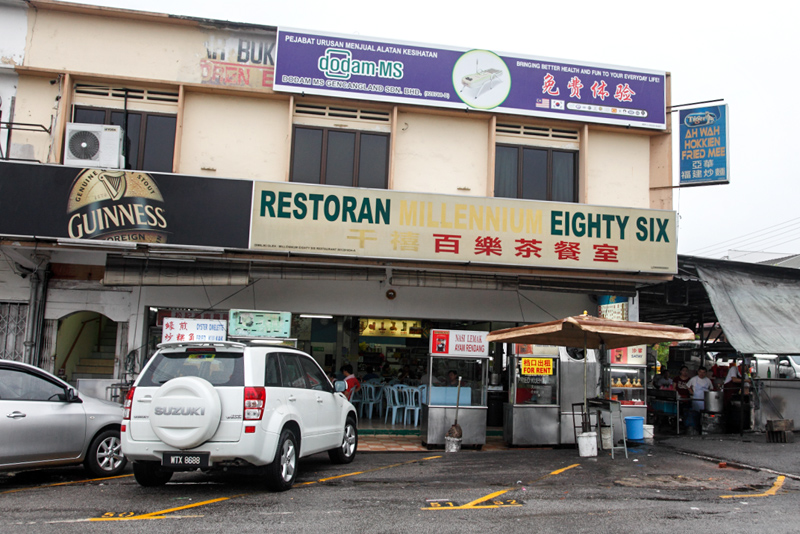 Overall it was a enjoyable meal and worth a visit if you are craving for fish head curry. 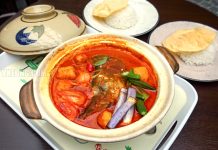 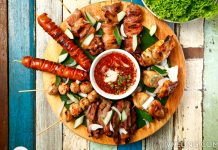 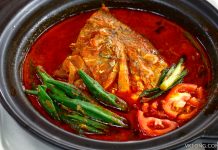