When I am alone or out of ideas on where to have dinner, I would usually patronize this Wantan Mee stall next to Seapark‘s wet market. Besides being merely minutes away from my office, their noodles are also not bad, above average I would say. And they also have a trick up in their sleeves to be able to stand out from the rest of the Wantan Mee in the vicinity. The noodles are actually tossed high up in the air during preparation which is said could improve the noodles’ texture. Hence they are sometimes referred as the “mee baling baling”, a term coined by a friend. It could just be a marketing gimmick to pull in the customers but you could actually taste the noodles’ difference. The noodles actually feel smoother that makes a slurping sound (this is a roadside eatery, so slurp all you want) but the downside is it is not that springy. The char siew is also delicious, strong in honey flavor and goes well with the noodles but they really stinge on it. And by the way did you notice there isn’t even any greens given? lol. RM5 for a medium sized order. If you know this stall then I am sure you would also know Char Siew Zhai at Taman Paramount. Interestingly, both of them also toss the noodles high up in the air. I do not know the actual story behind these two Wantan Mee sellers but they are definitely related in one way or another.
Just for comparison sake, after I found this stall I rarely go back to Char Siew Zhai anymore despite the latter being more generous in the char siew’s portion. And I don’t know for what reasons, the Wantan soup at Char Siew Zhai got so salty recently that it is almost not drinkable. Somehow, this stall’s Wantan Mee just tastes better in overall. But of course, Char Siew Zhai is much cleaner and you won’t be bothered by the wet market’s stench or worry about those cat-sized rats running across your legs. Don’t say I didn’t warn you first. 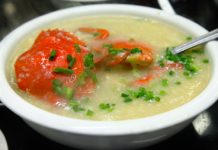