Gobo Upstairs Bar & Grill is well-known for its steaks but there are a couple of other meat and seafood choices that are good for non steak-eaters too. The restaurant is situated within the Traders Hotel so it shares the same breathtaking views enjoyed by the hotel room guests. 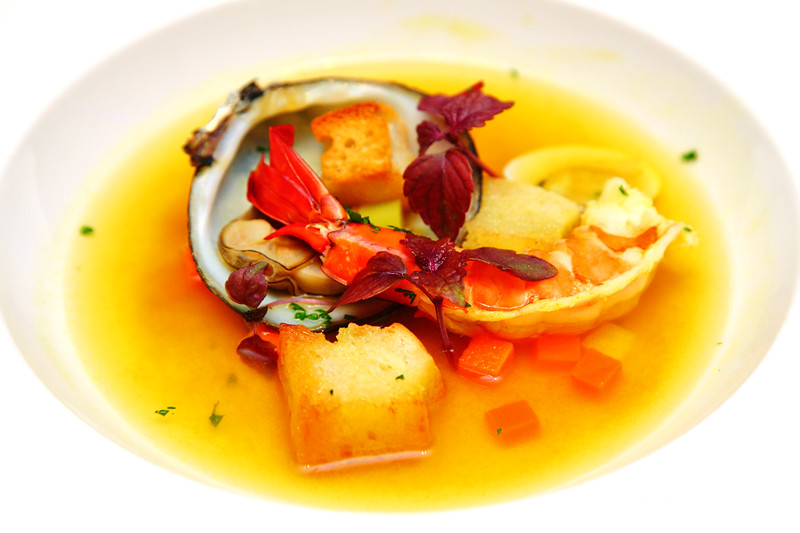 There was a special seafood menu during our visit and it features dishes prepared using only the freshest local seafood. We really loved the freshness of the clams and tiger prawn in the Clam Broth @ RM26; albeit it was a tad salty because the soup absorbed too much of the croutons’ flavour. 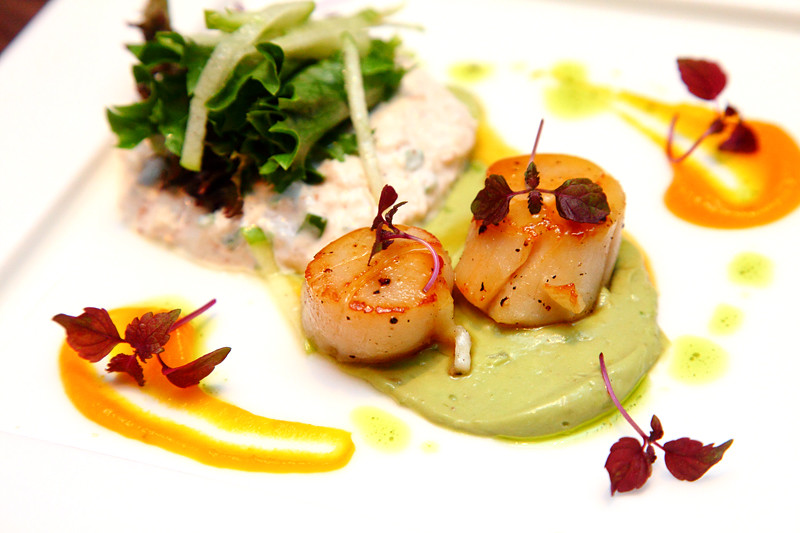 The Grilled Scallop with Crab Tartar @ RM48 was great in any way and the apple salad and orange reduction gave it a pleasant, citrusy taste. It was also served with pumpkin and avocado puree for added creaminess and both of them complimented the scallops well. 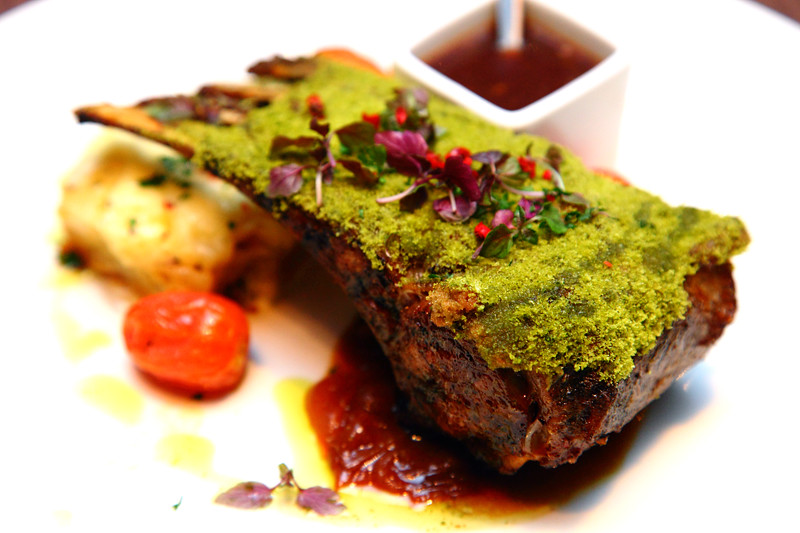 Instead of steak I opted for the Herb Crusted Rack of Lamb (300gm) @ RM170 which was prepared to a perfect medium as I requested. The center was juicy and warm and the meat cuts through like butter – it just felt satisfying.
Flavour wise, I thought it was nicely seasoned in which the herb-crusted parts proved to be the most delicious. Besides that, the caramelized onions also provided the meat with a nice, natural sweetness. However, I wasn’t too fond of the accompanying sauce which I found it was too sweet for my liking, so it was left pretty much untouched. 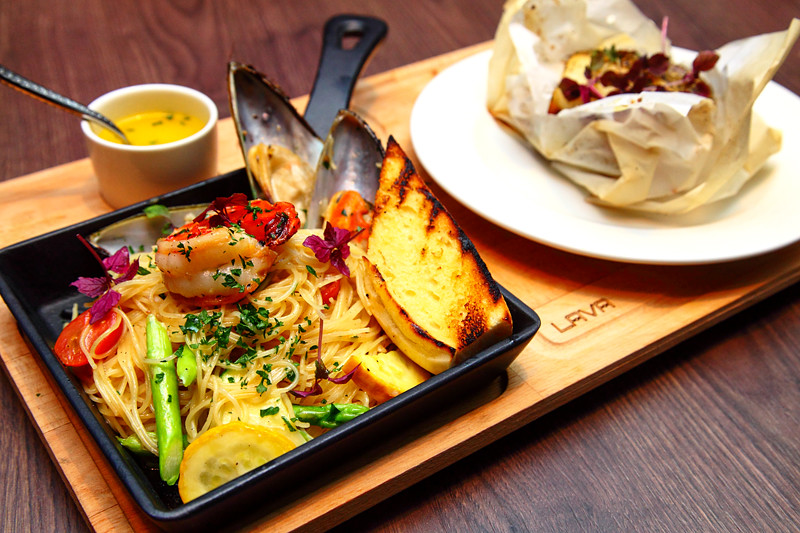 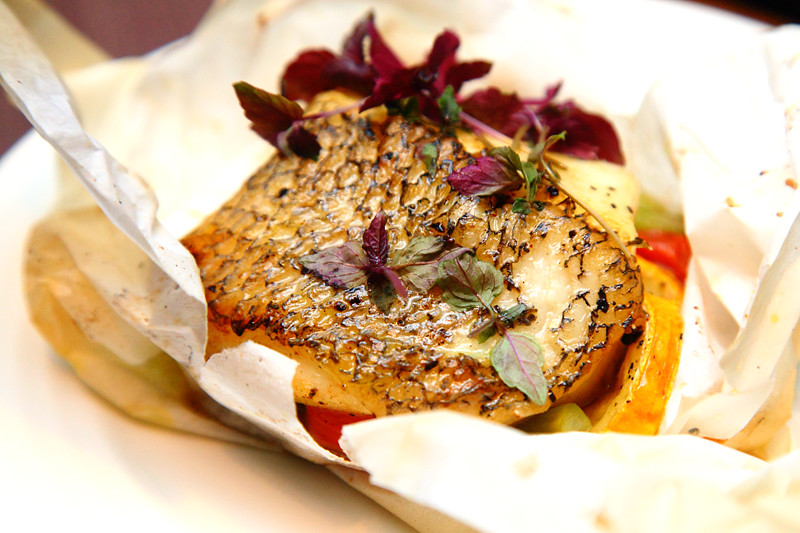 Seafood lovers should find the Seafood Treasure @ RM140 irresistable, as it is served with a generous fillet of baked cod fish and some shellfish. The aglio olio angel hair was cooked to have a thin and springy texture that’s almost similar to the Chinese emperor noodle. Compared to the other dishes we had, this was rather light in taste but delicate and appetizing, nonetheless. 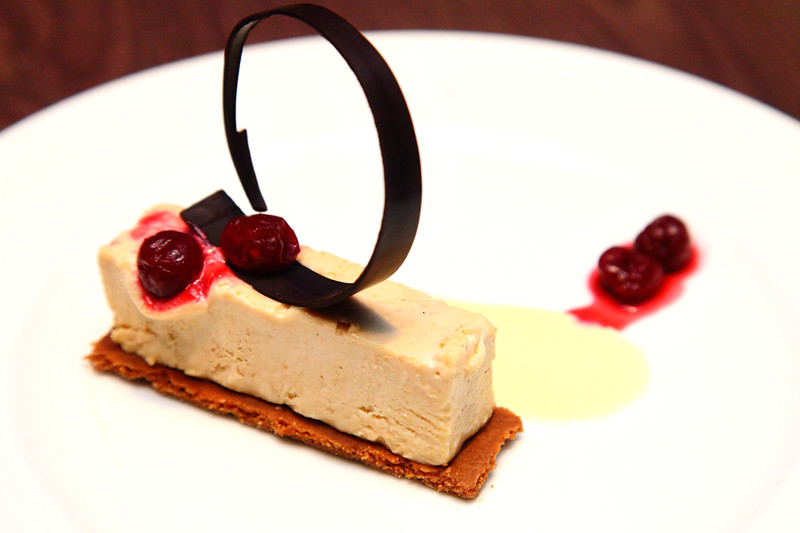 Among the handful of desserts available, we thought the Frozen Hazelnut Ice Globe @ RM28 was the most interesting one, and it certainly did not disappoint. Since the ice cream is made fresh to order, it could take a while to reach your table.
But the wait was worth it, as it’s one of the more memorable non-chocolate desserts we have had in a while. The sweetness of the hazelnut ice cream was just spot on and blended well with the morello cherries for a nice tart profile. 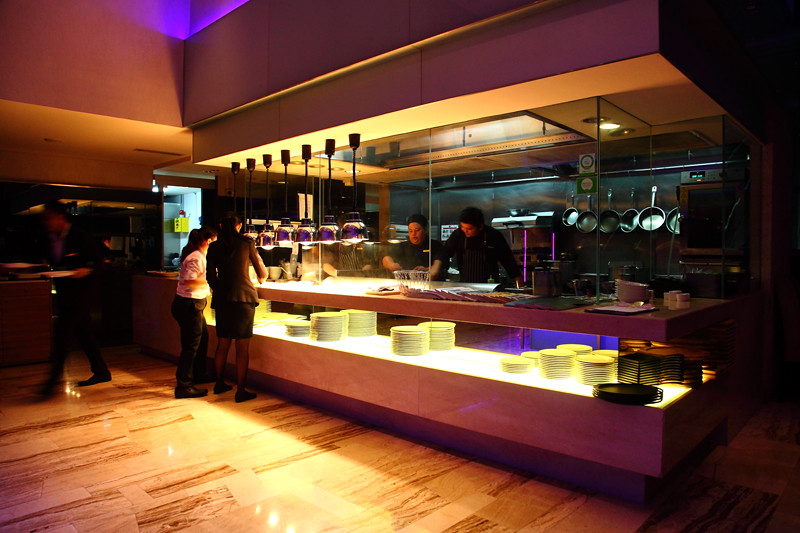 While nothing new, the see through kitchen lets you literally see your food being prepared and served by the team of chefs. And when you’re done with your meal, simply move on to the lounge for a nice cuppa and chat against the backdrop of the Twin Towers and the KLCC park. 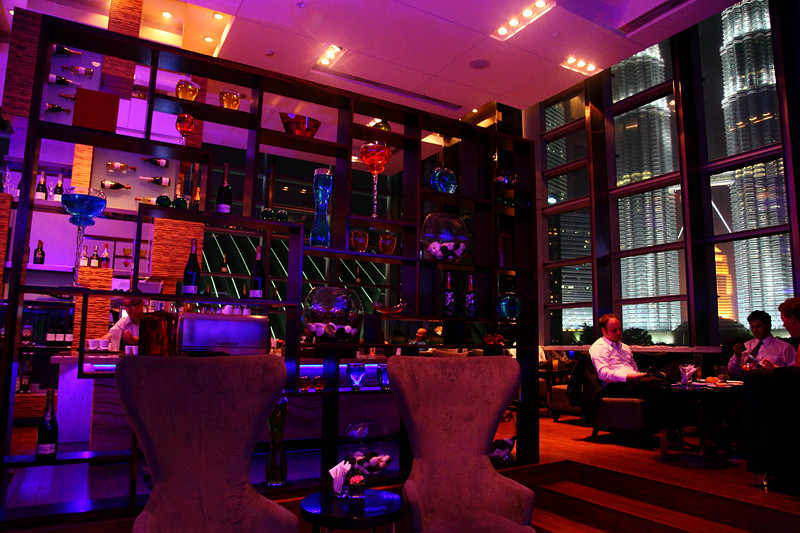