There’s a new waffle in town and it’s called Grid & Go. Conveniently located opposite the GSC cinema in 1 Utama, their palm-sized waffles are designed to be eaten on the go, hence its name.
Instead of loading the waffles with toppings and syrups, Grid & Go’s version has the flavours imparted in the dough. So the primary focus is on the taste and not presentation. 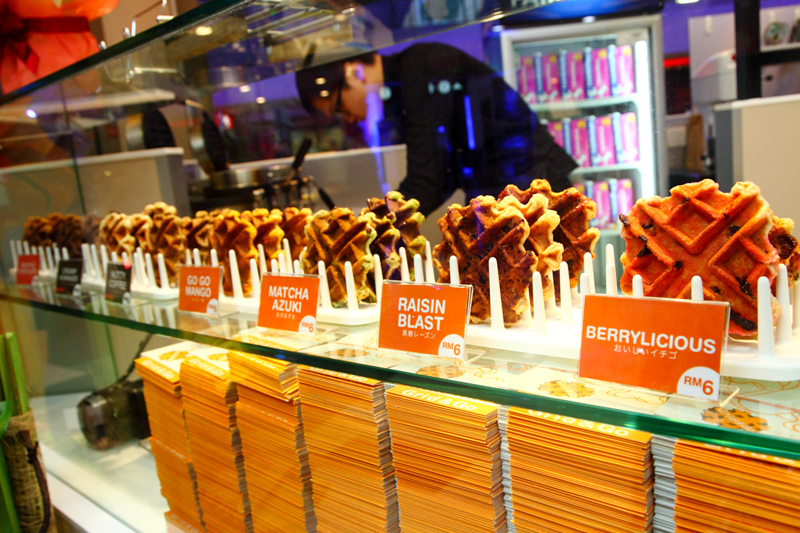 Currently there are two types of waffles available: specialty or premium series priced at RM6 and RM7 each respectively. The difference is that the premium waffles are sandwiched between layers of cultured butter before going on the waffle iron.
Because of that, the premium waffles have a slightly crispier and more fragrant crust. But that does not necessarily mean the premium ones are better, as I find myself liking the Mocha Caramel the most and it happens to be a specialty waffle. 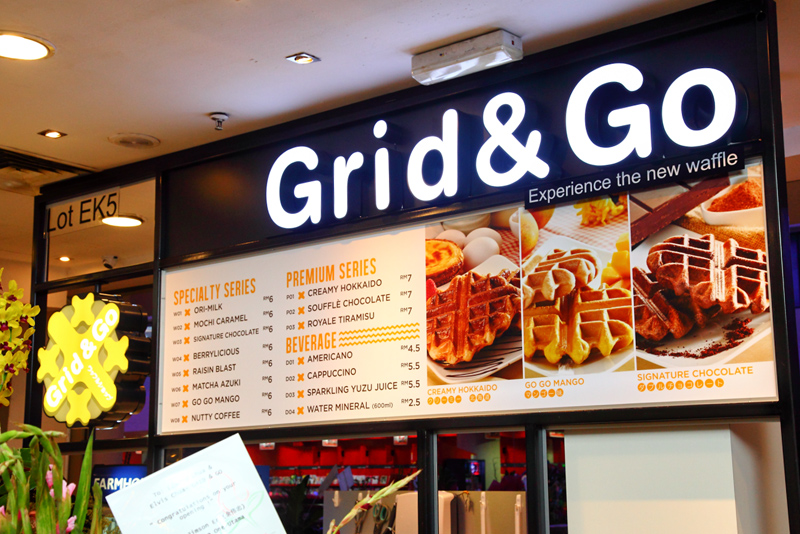 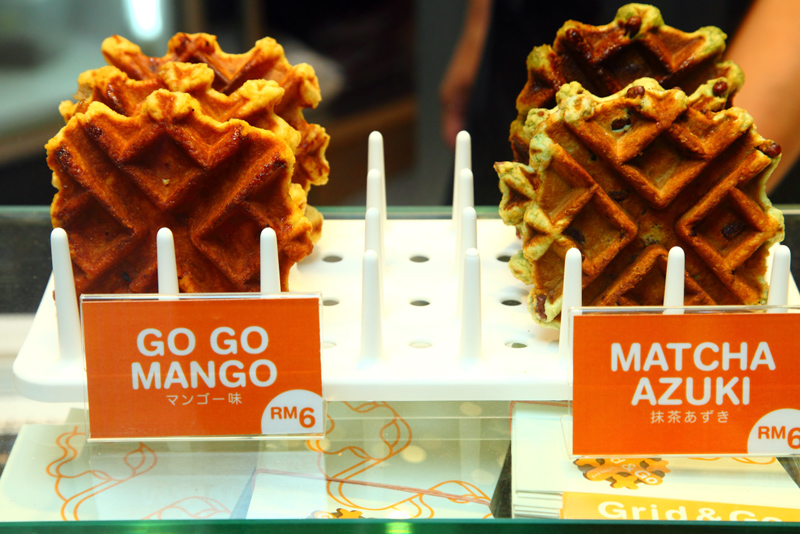 And if you’re wondering, the waffles you see in the cabinet are not for sale yeah, they are there just for display purposes. So don’t worry, every order is prepared fresh and you will get your waffles nice and warm. 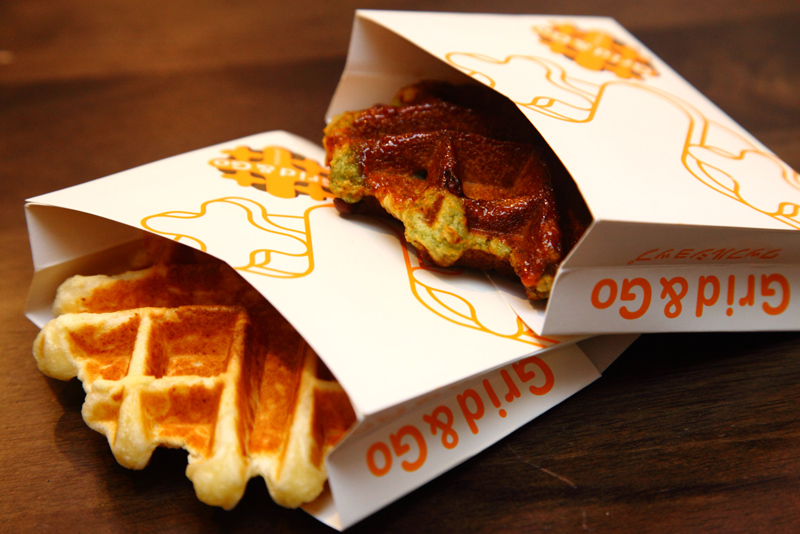 We also tried their Creamy Hokkaido, Matcha Azuki and Tiramisu waffles. Since they are all cooked between a Belgian-style waffle iron, the pockets are deeper resulting in a crunchier bite, yet the center is chewy – in a good, satisfying way.
Among the handful of waffles we had, the Tiramisu was the weakest and might require some rework while the rest were pretty good. All of them were not too sweet with and had a distinctive flavour of their own. 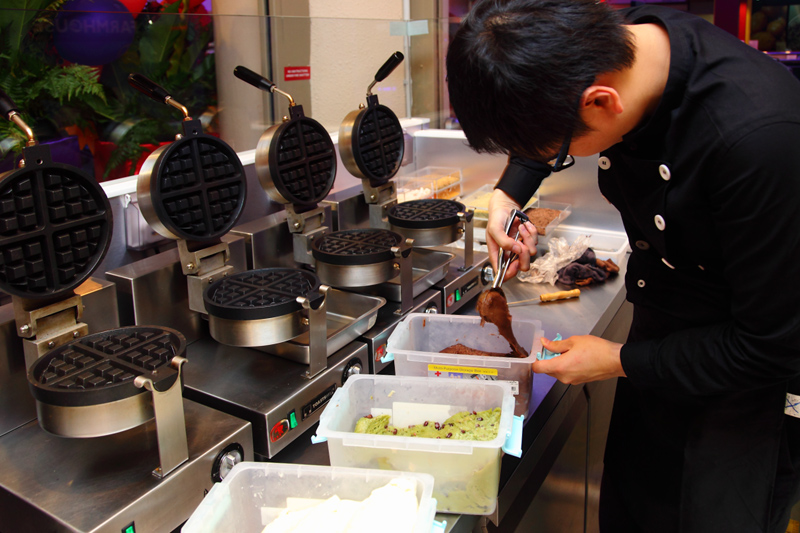 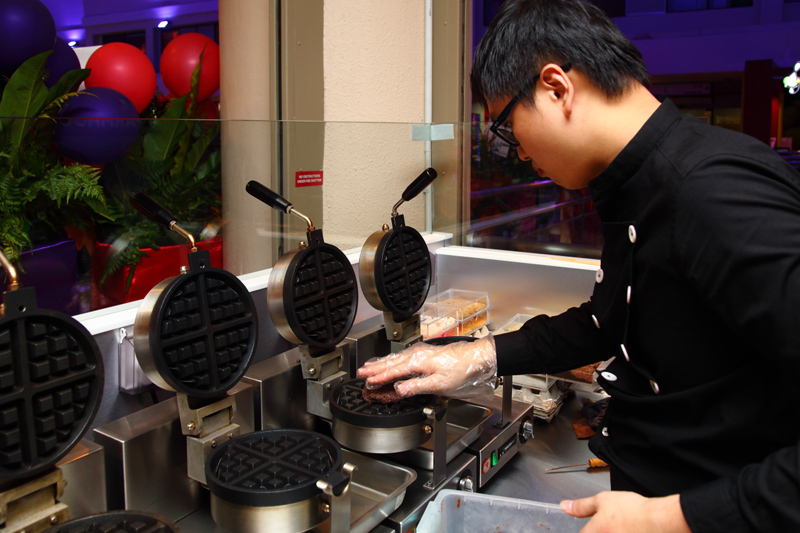 Milk-based dough is used here and you could see its elasticity when it’s scooped out. That is what gives the waffles a dense and chewy texture. 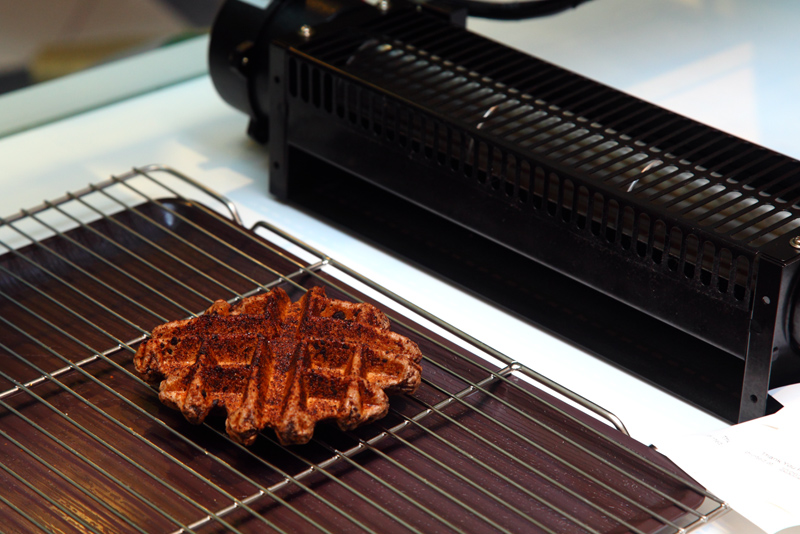 After being cooked for 3 minutes, the waffles are cooled down immediately for the caramelized sugar to harden on the outside. Simple yet effective trick to keep the waffles stay crisp. 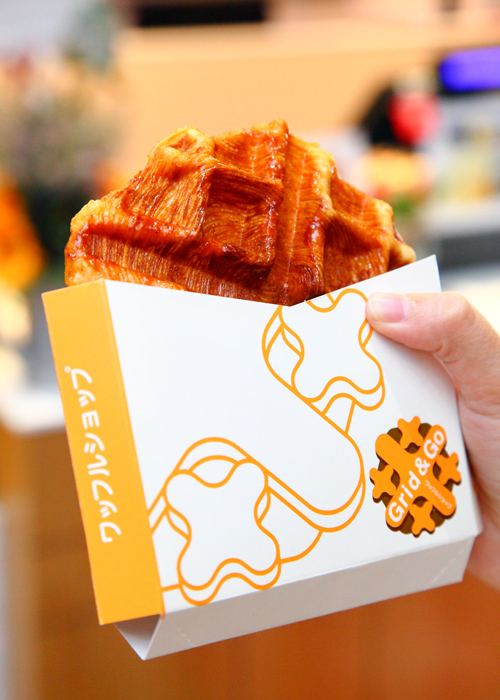 Grid & Go’s has good potential and I could see their waffles being sold as one of the snacks in the cinema. They are easy to carry around, not messy to eat and more importantly, affordably priced. Seems like a perfect snack to munch on while enjoying your favourite movie! 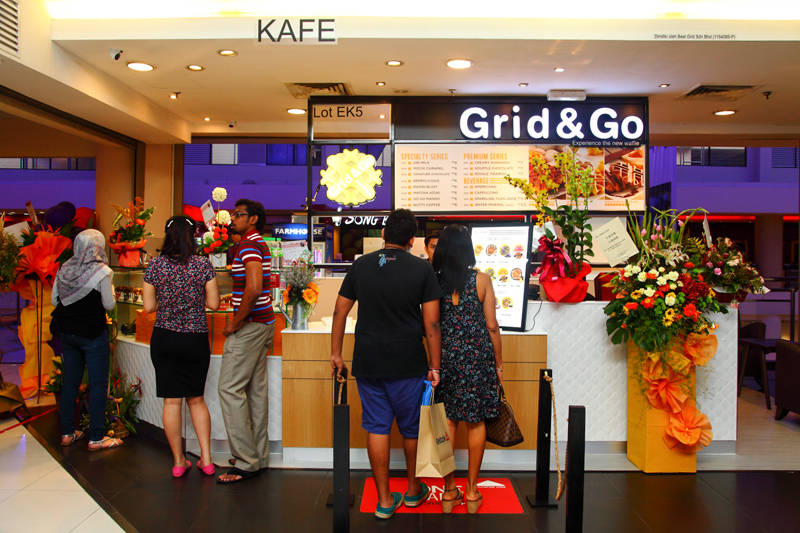