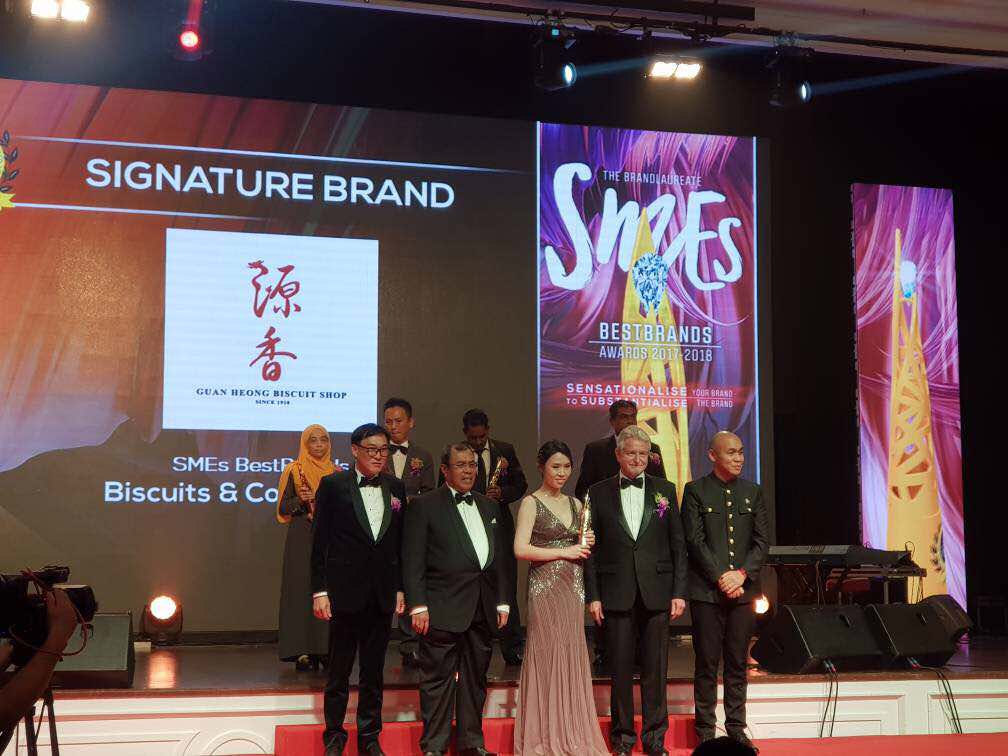 In conjunction with GUAN HEONG’s 100 years anniversary, they were recently are awarded with “The Brand Laureate Best Brand Award 2017-2018” (Biscuit & Confectionery) on 9 Feb 2018.

Desserts and pastries are the common souvenirs to buy when one visits Ipoh. Instead of going for the usual big names to get these goodies, why not stop by one of the oldest biscuit shop in town instead? How old exactly you ask? Well, the shop was set up back in 1918 so that makes it 95 years old – only 5 years shy of a century. And the current sifu Mr.Sitt is the third generation running the Guan Heong Biscuit Shop. Guan Heong has a long list of products but they are particularly famous for their Floss Biscuits as mentioned in my previous post. Besides Floss Biscuits, they are also one of the very few bakeries in Malaysia that still makes Teochew and Hokkien mooncakes. These unique mooncakes are really rare in the market and contain extra-ordinary ingredients. The Hokkien mooncakes‘ fillings are made with fruit seeds, orange peel and fried shallots for the sweet and tangy flavor, while the Teochew version has extra ‘mui choy’ and lotus paste with emphasis on the former.
From the ingredients you can probably tell the Teochew and Hokkien mooncakes could be an acquired taste if you are used to eating the conventional mooncake flavors. So I would recommend you to try some free samples at the shop first before deciding whether to buy. Anyway, when it comes to mooncake my preference goes to the Shanghai style. Guan Heong’s Shanghai mooncake has its sweetness reduced as to meet the health-conscious trend while retaining the other desirable characteristics, especially the delicious tender and crumbly crust that oozes buttery goodness.
As for the traditional mooncakes, you could expect the classic flavors such as lotus paste, mixed nuts and red bean to be available here. Some new flavors Guan Heong has developed for this year’s Mooncake Festival includes Dried Pork (mixed with lotus paste) and red dates. Guan Heong also makes awesome ‘Tau Sar Pneah‘. Being born and raised in Penang I was brought up to believe that our ‘Tau Sar Pneah’ is the best most notably those produced by Ghee Hiang and Him Heang. After tasting Guan Heong’s now I have to admit theirs taste slight better mainly because of the thicker and flaky skin. But words are still words, you can only tell the difference if you actually tasted one. All biscuits and mooncakes are handmade by the Sitt family, baked and packed daily for freshness. If you are coming from outstation, it is recommended to ring up first for the biscuits’ availability to avoid any disappointment. 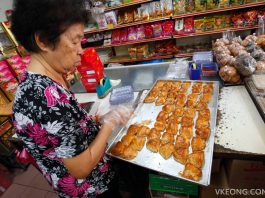 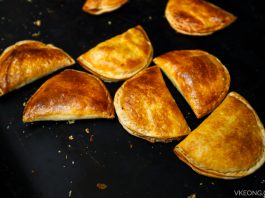 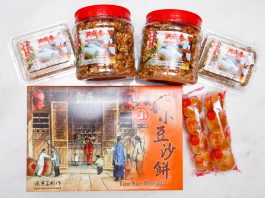 App / Website Review December 17, 2016
ABOUT US
VKEONG.COM - Malaysia Food and Travel blog with reviews of restaurants, hawker and street food in KL, Penang, Melaka and beyond.
Contact us: vkeong@yahoo.com
FOLLOW US
© VKEONG.COM - All Rights Reserved