Among the 22 species of fugu (puffer fish) that you can eat in Japan, the ‘torafugu’ or tiger blowfish is recognized as the highest grade and most poisonous. Because of that, chefs have to go through years of training before being lawfully allowed to prepare fugu for consumption. 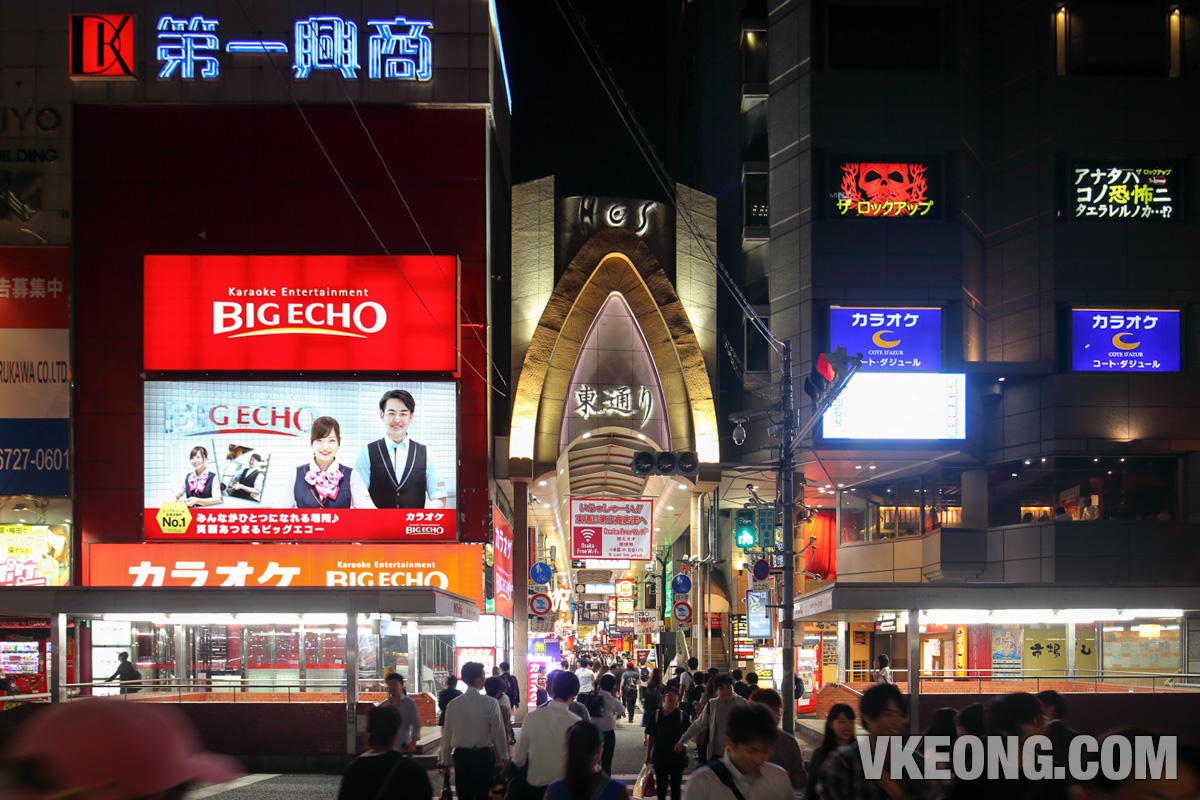 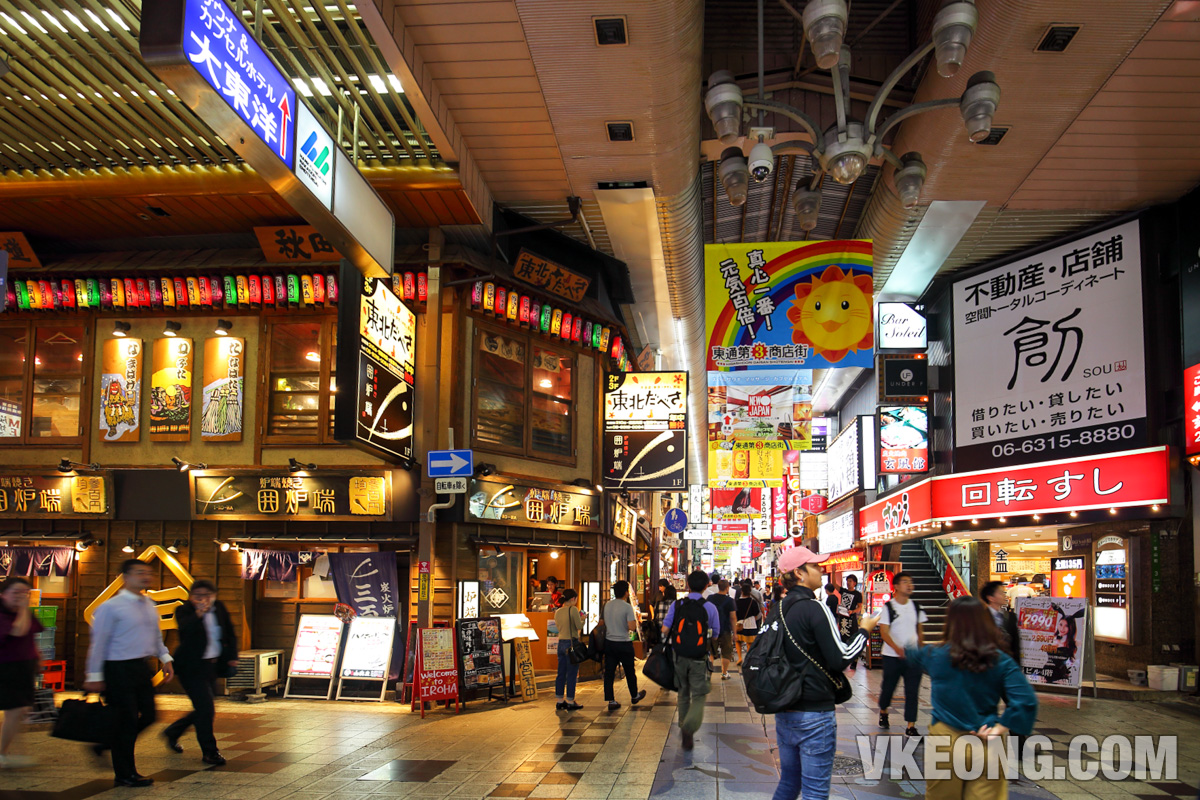 Although fugu is available across Japan, over 60% of fugu fished in Japan is consumed in Osaka alone according to reports. That means there are a lot of fugu specialty restaurants to be found here. 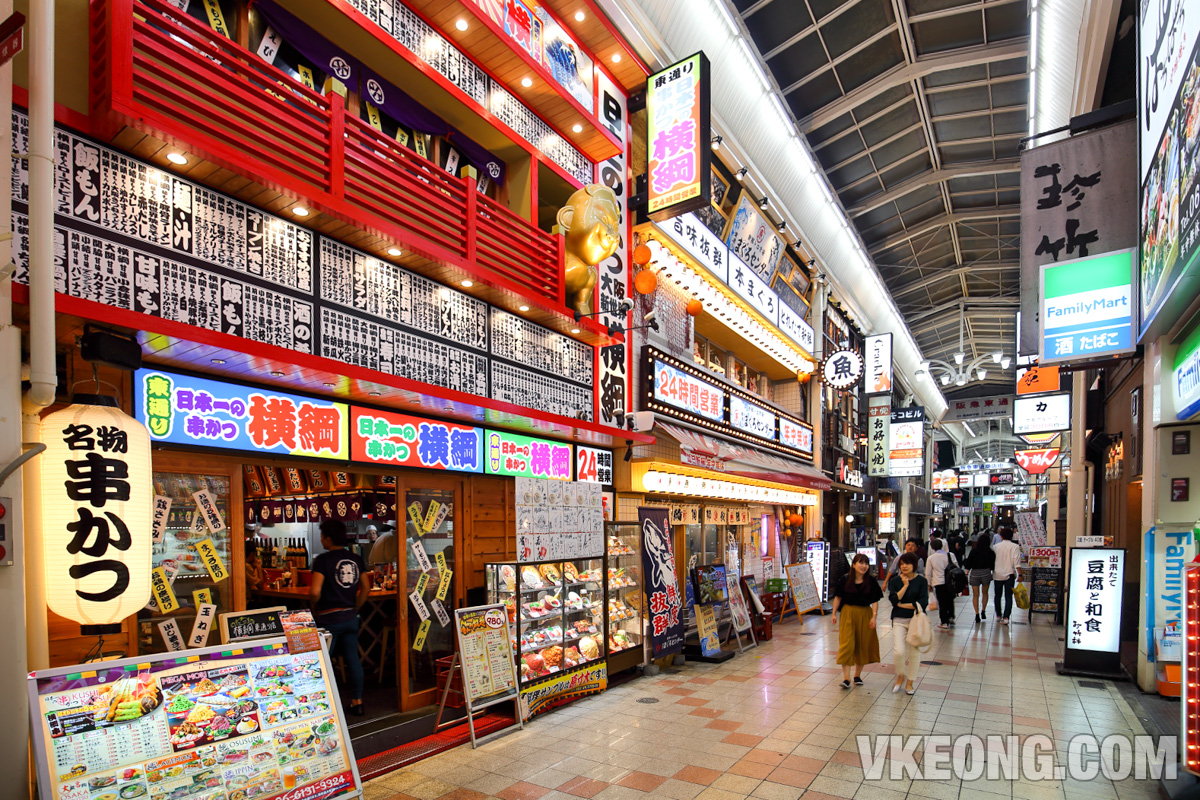 If you are visiting Osaka and want to try fugu, E Street is a good place to start. It’s an arcade housing probably hundreds of restaurants where you can also find Guenpin Fugu, a restaurant chain that has more than 90 shops in the country specializing in fugu cuisine. 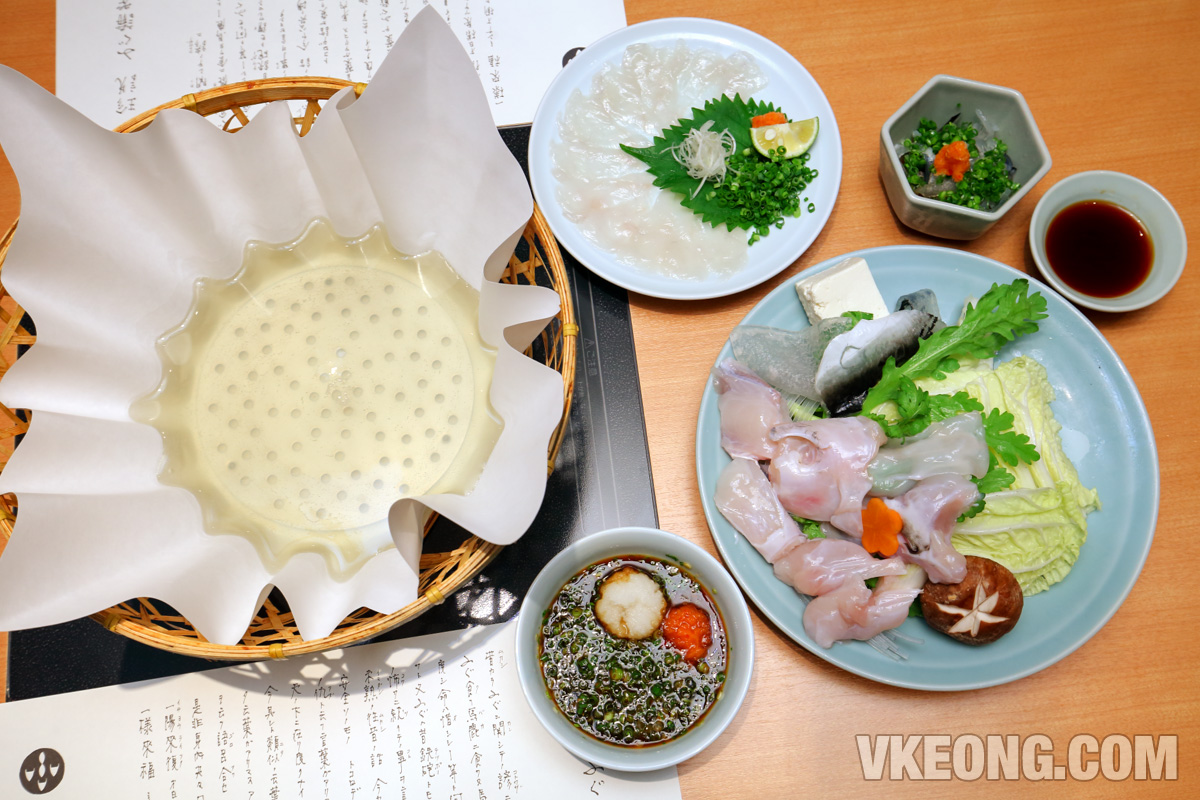 Like the name says, Guenpin Fugu uses only wild torafugu in their restaurant whether it’s hotpot, sashimi, sushi, BBQ or deep fried. The recommended way to enjoy fugu here is by having it as the main course Washoku style complete with rice, appetizer, soup and side dishes.
A couple of course menu are available which you can pick according to your party size and budget. The most affordable option starts from 3980 yen and includes 5 dishes – just nice for 2 pax. We opted for the Guen Course which comes with parboiled torafugu skin, torafugu sashimi, hot-pot, Japanese rice porridge and dessert. 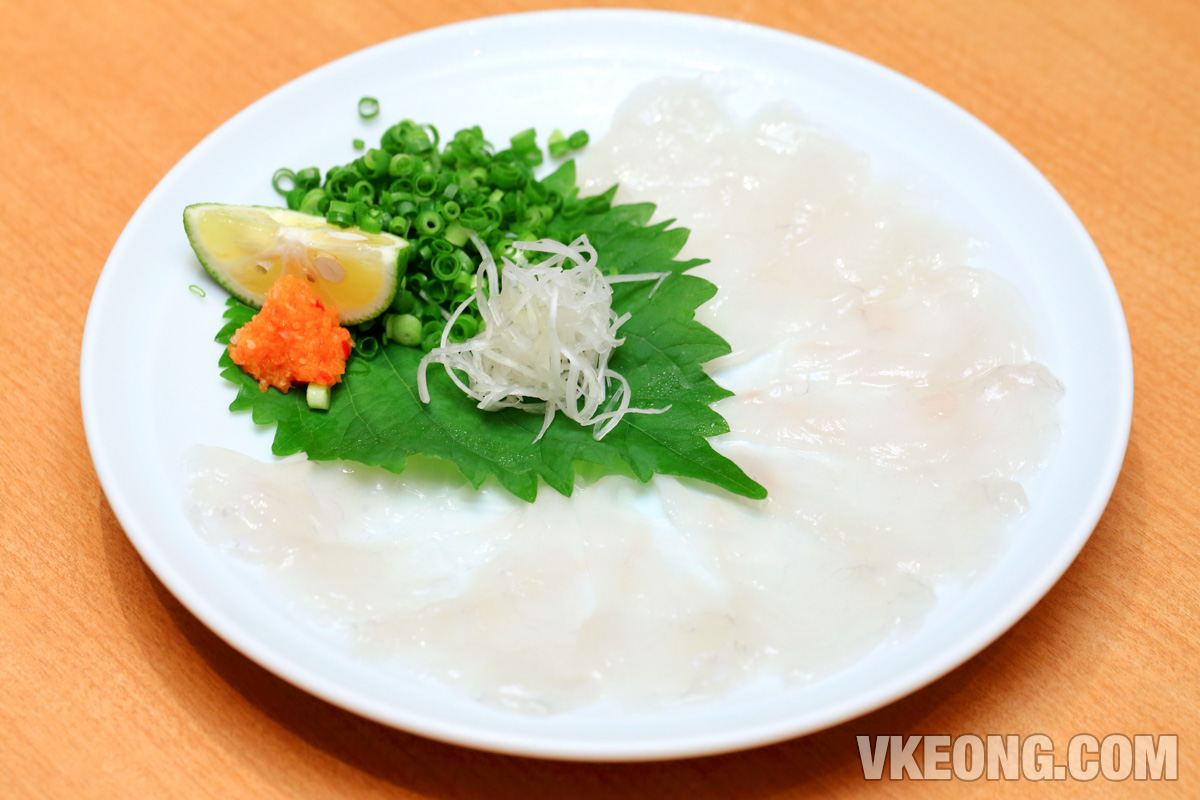 Since fugu flesh is quite chewy, it has to be thinly sliced when made into sashimi. The slices are so thin that they are almost translucent yet does not break easily. The flesh is firm with a mild and subtly sweet taste, almost flavorless actually if not for the soy sauce and other condiments. 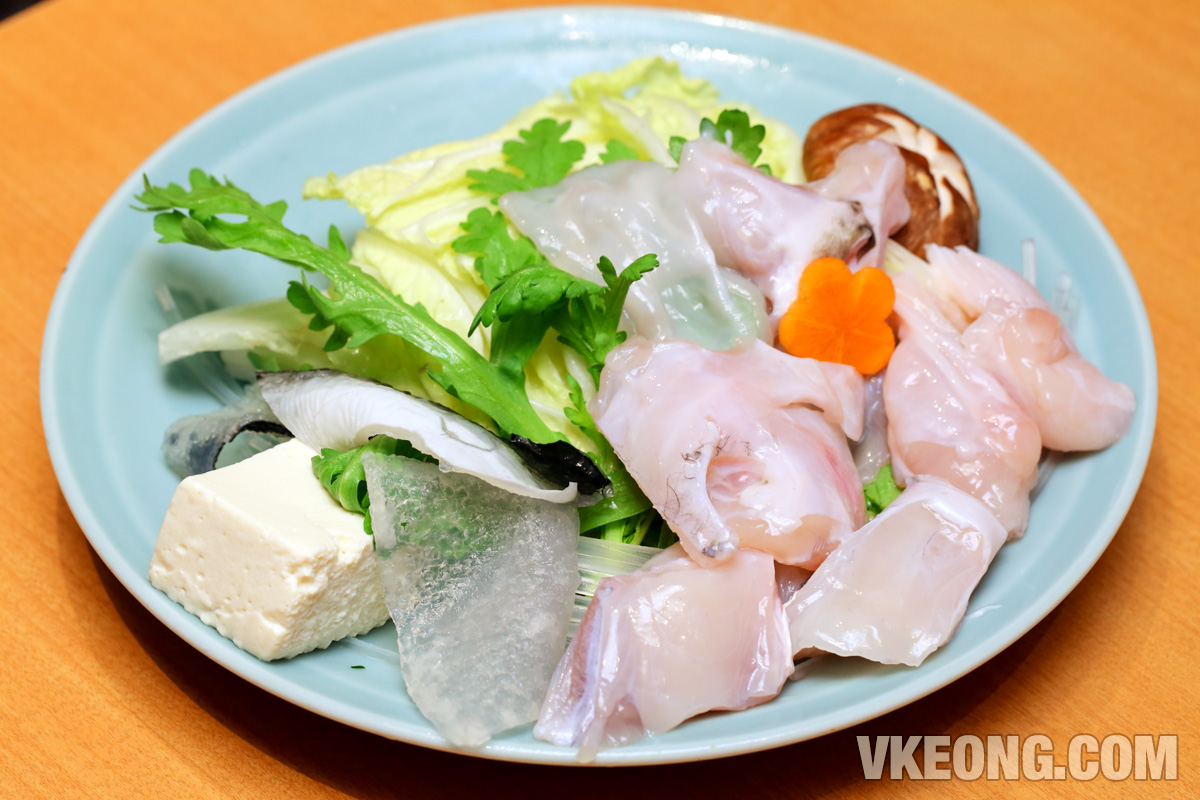 When cooked, fugu flesh turns white and tastes similar to frog legs both in terms of flavor and texture. I was surprised because I had the impression that fugu was going to be mind blowingly delicious because people are risking their lives just to enjoy this delicacy.
Having said that, I am still glad that I had the opportunity to try fugu, moreover in Japan, as it had been one of my bucket list items. 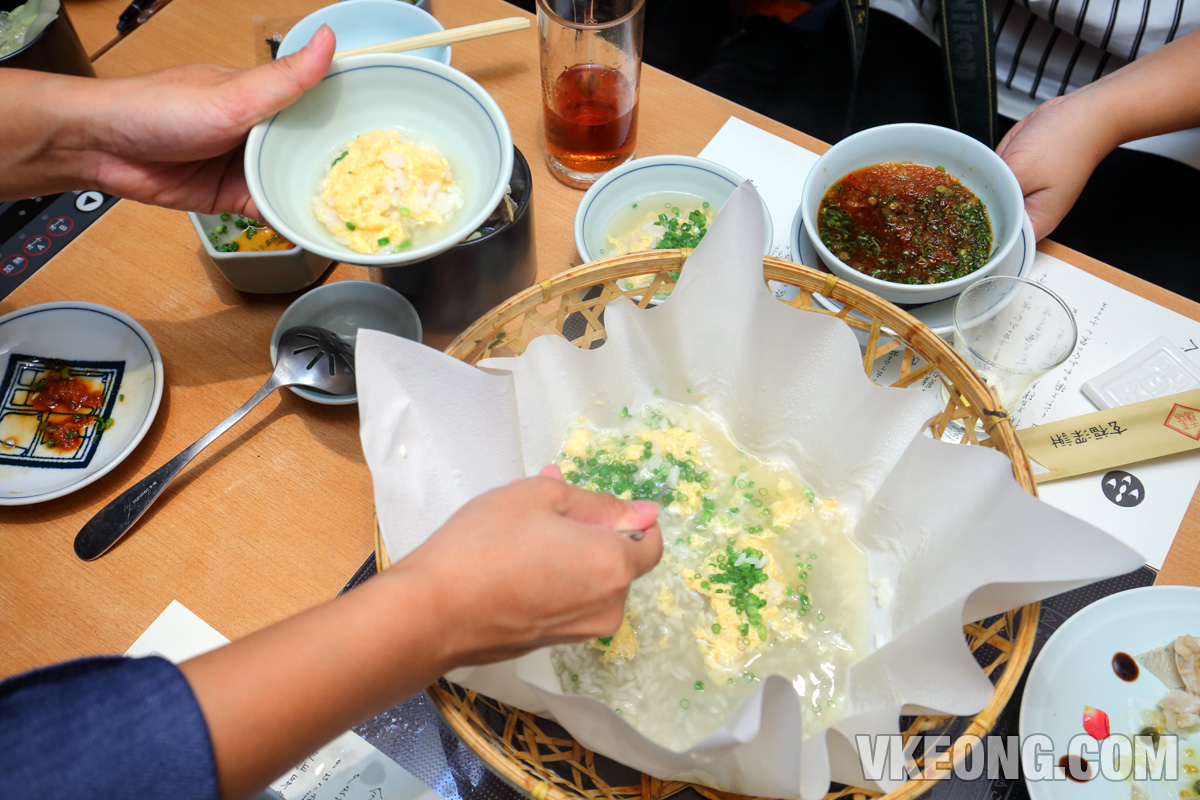 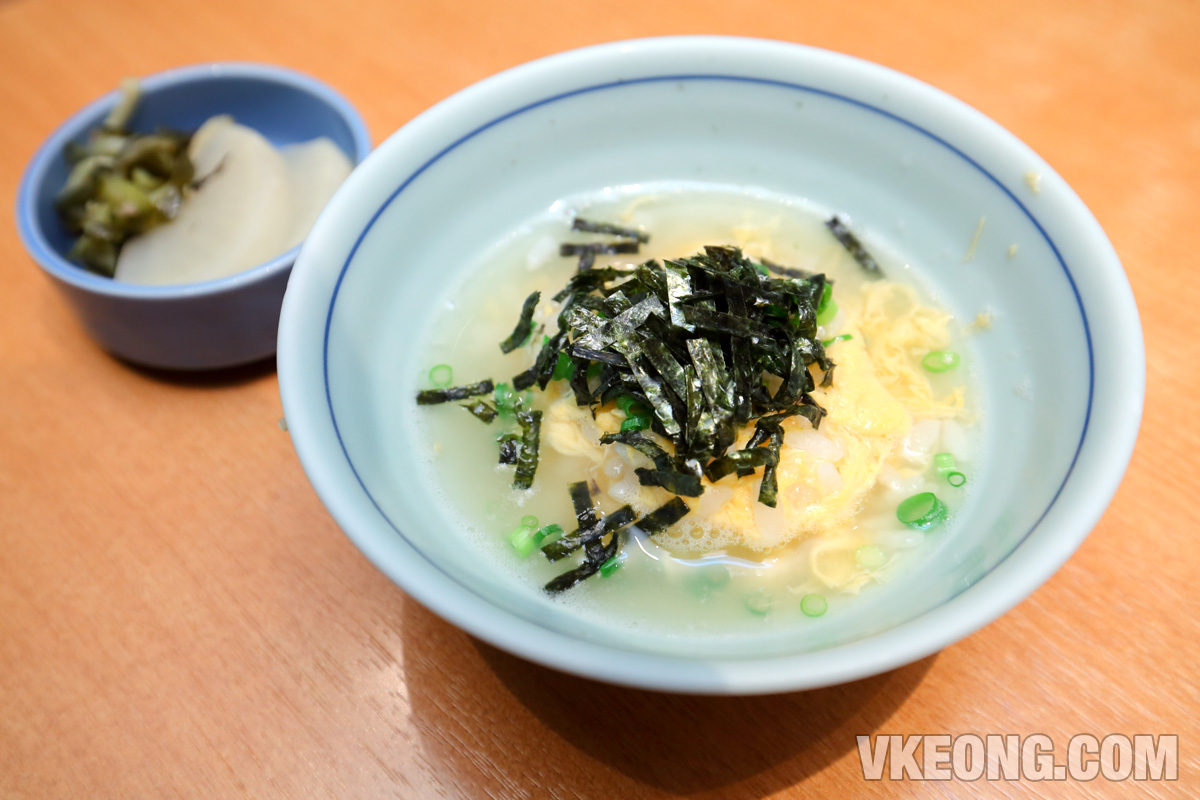 After finishing the hotpot, the remaining soup which will be used to cook Japanese style porridge. As simple as it looks, the porridge was actually nice and you can taste the natural sweetness from the fugu and other ingredients. 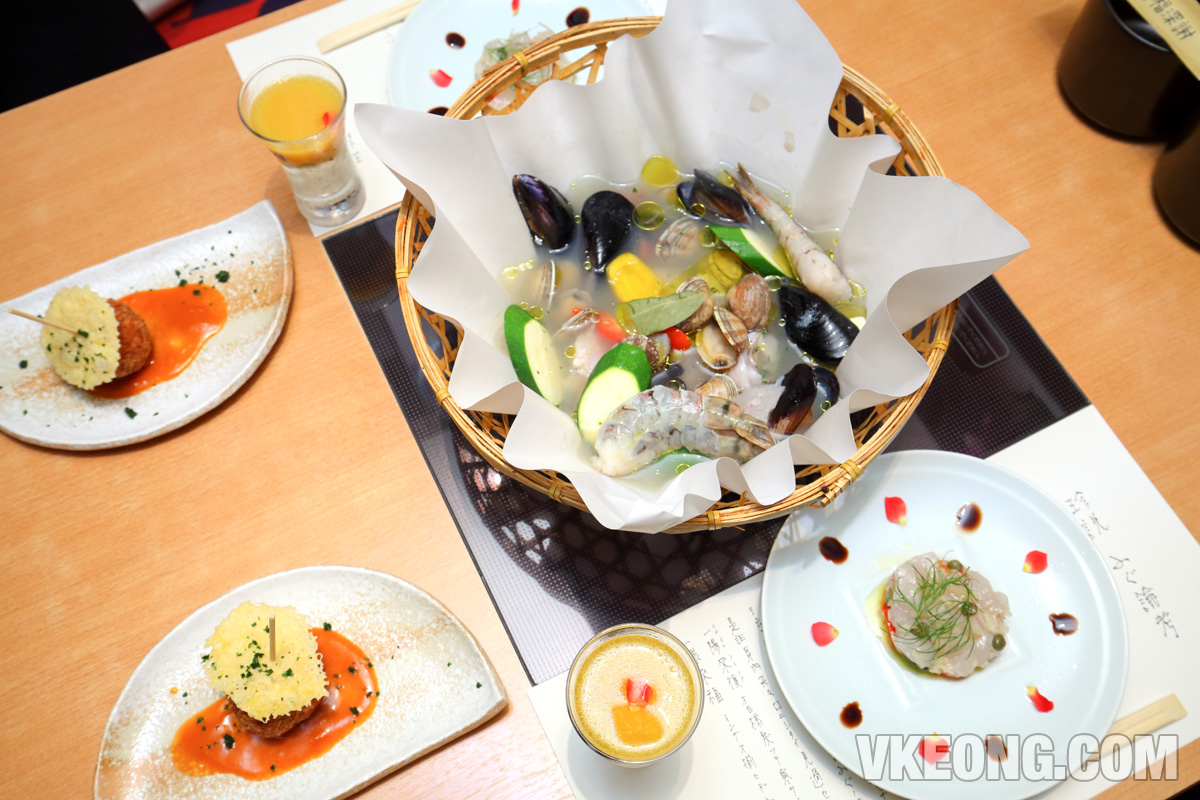 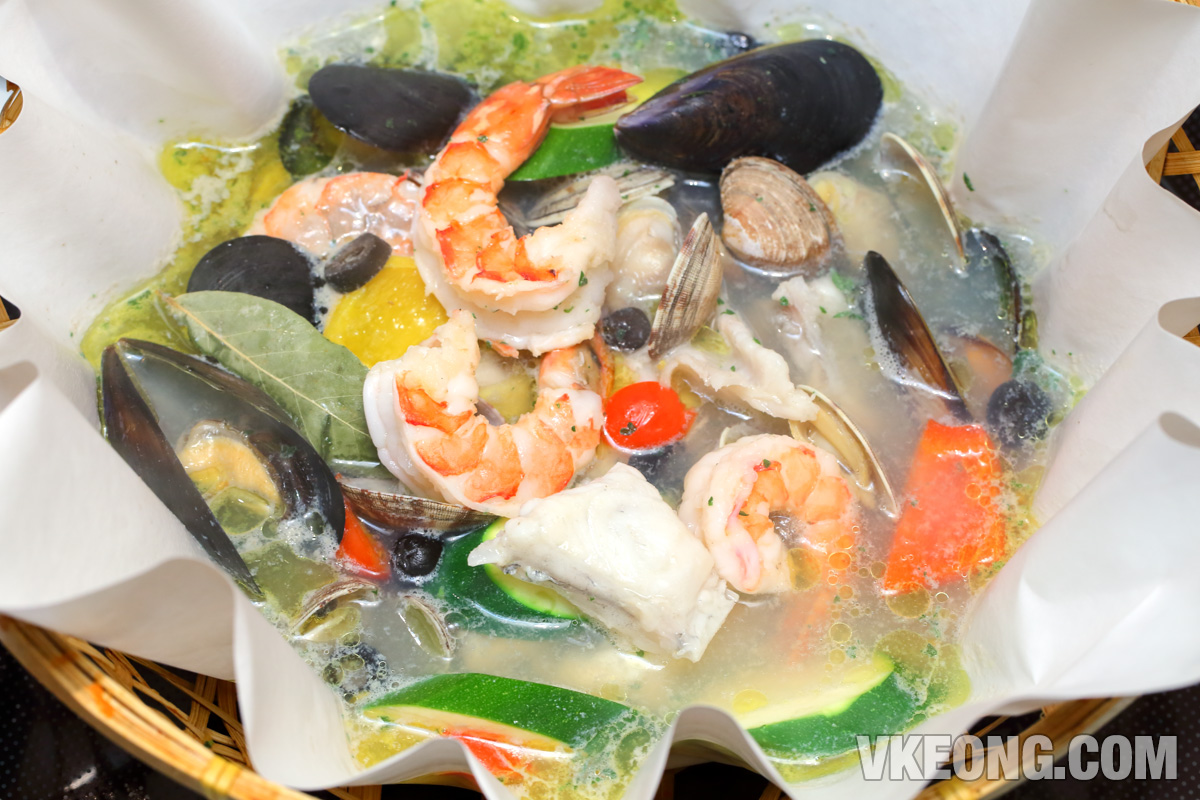 For a totally different experience, Guenpin Fugu also serves fugu in Japanese-Italian fusion style. Instead of a clear dashi broth, the hotpot would be filled with Italian herbs and mixed seafood. After you are done with eating the fugu and seafood, the soup is used to prepare pasta. 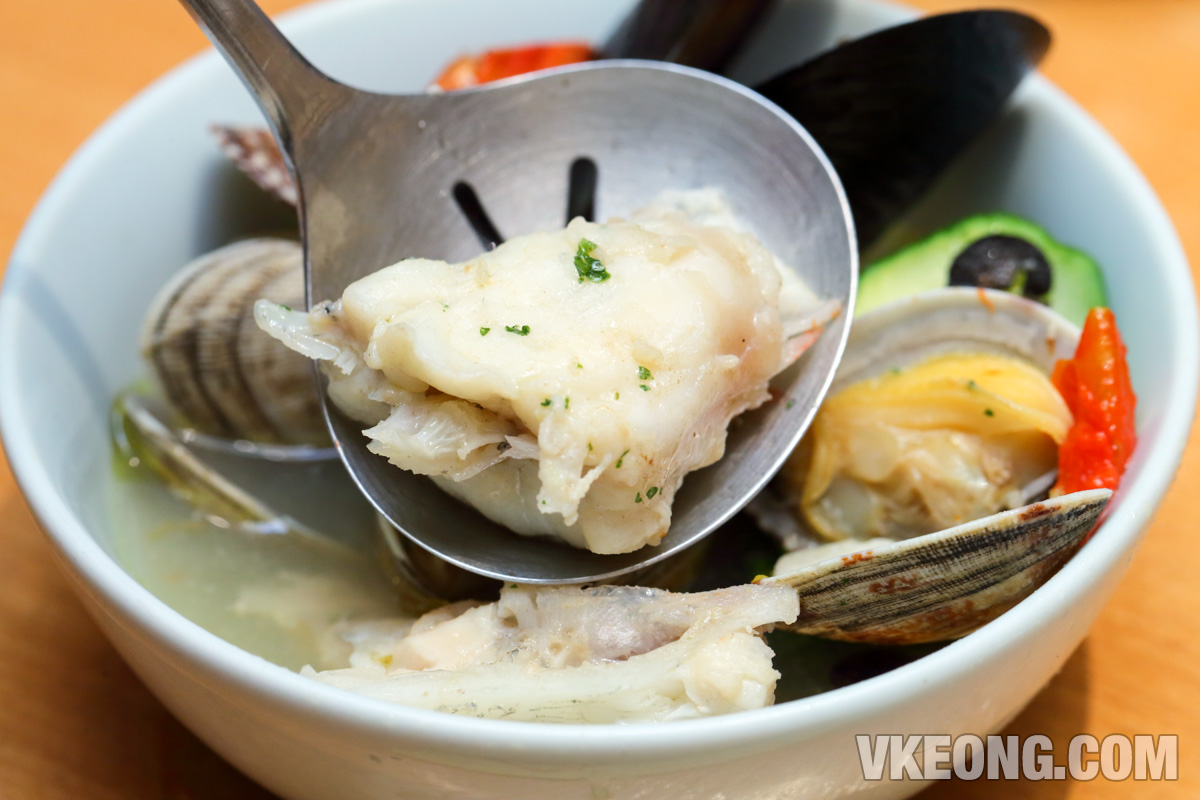 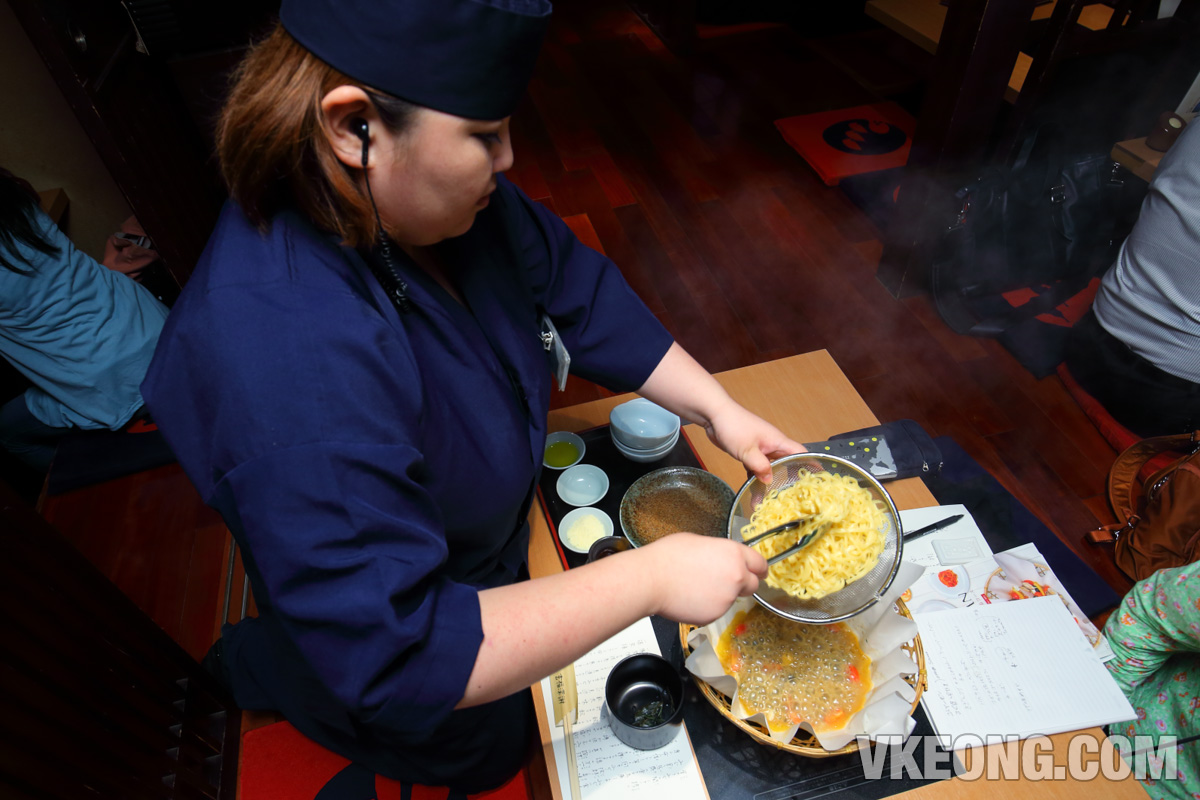 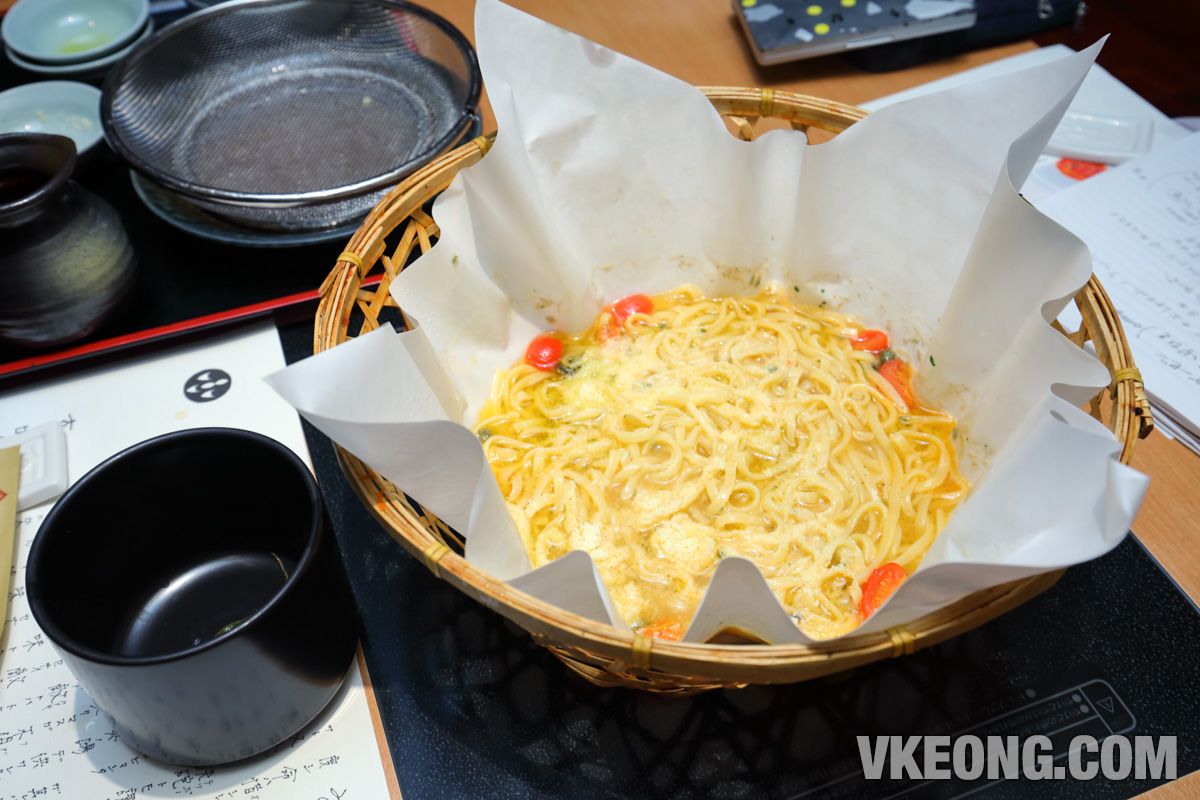 Flavor wise, you can expect the Japanese-Italian version to be tastier because of the extra seasonings. As for the pasta, it was just alright. I liked the Japanese rice porridge more. 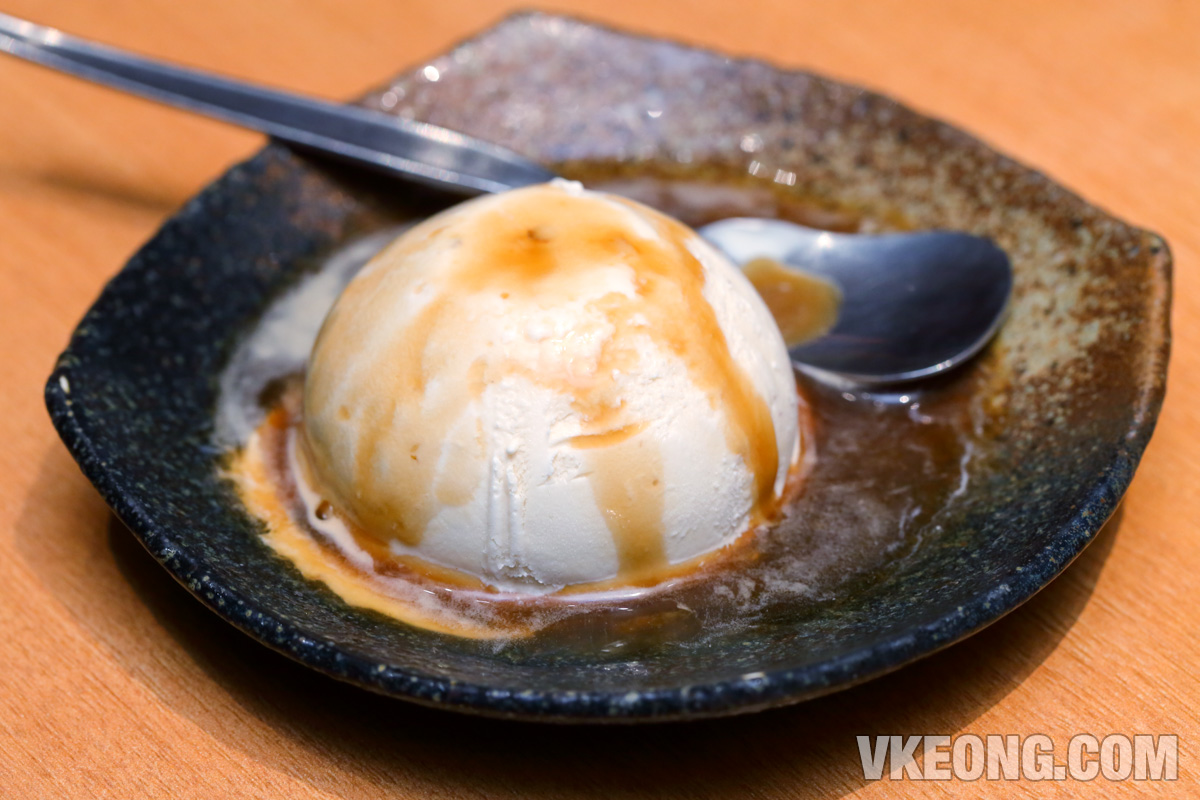 Affogato was served as an end to the meal. 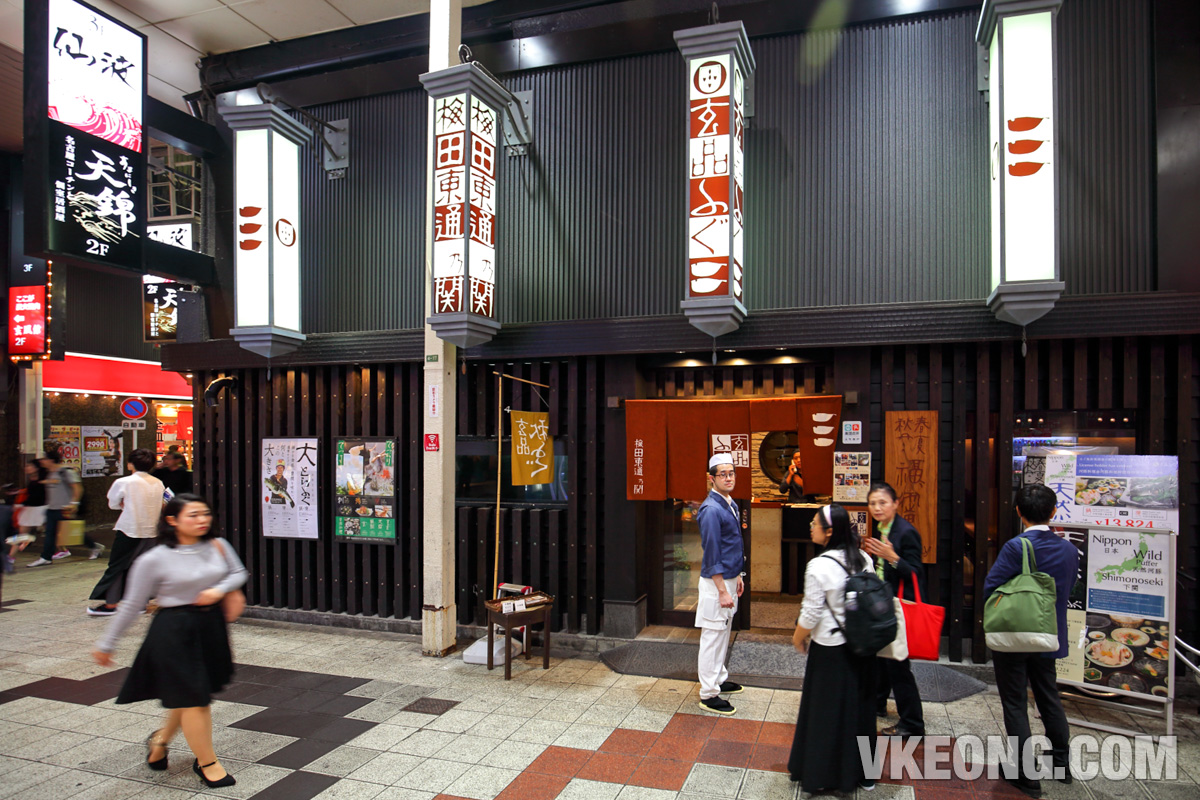 In Malaysia, fugu is sometimes offered at the higher end Japanese restaurants as a seasonal item. But if you can’t wait or can’t fly to Japan for it, Singapore would be the nearest place because Guenpin Fugu opened their first restaurant at Maxwell Chambers earlier this year. 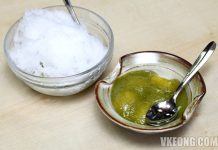 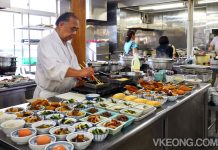 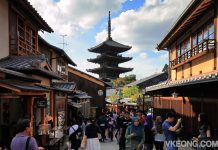