Hameediyah opened their first bistro concept restaurant in Ampang about 3 months ago. What makes it different from the other Hameediyah restaurants is that you will find a wider range of food and drinks here such as Western food (coming soon), barista coffee and smoothies. 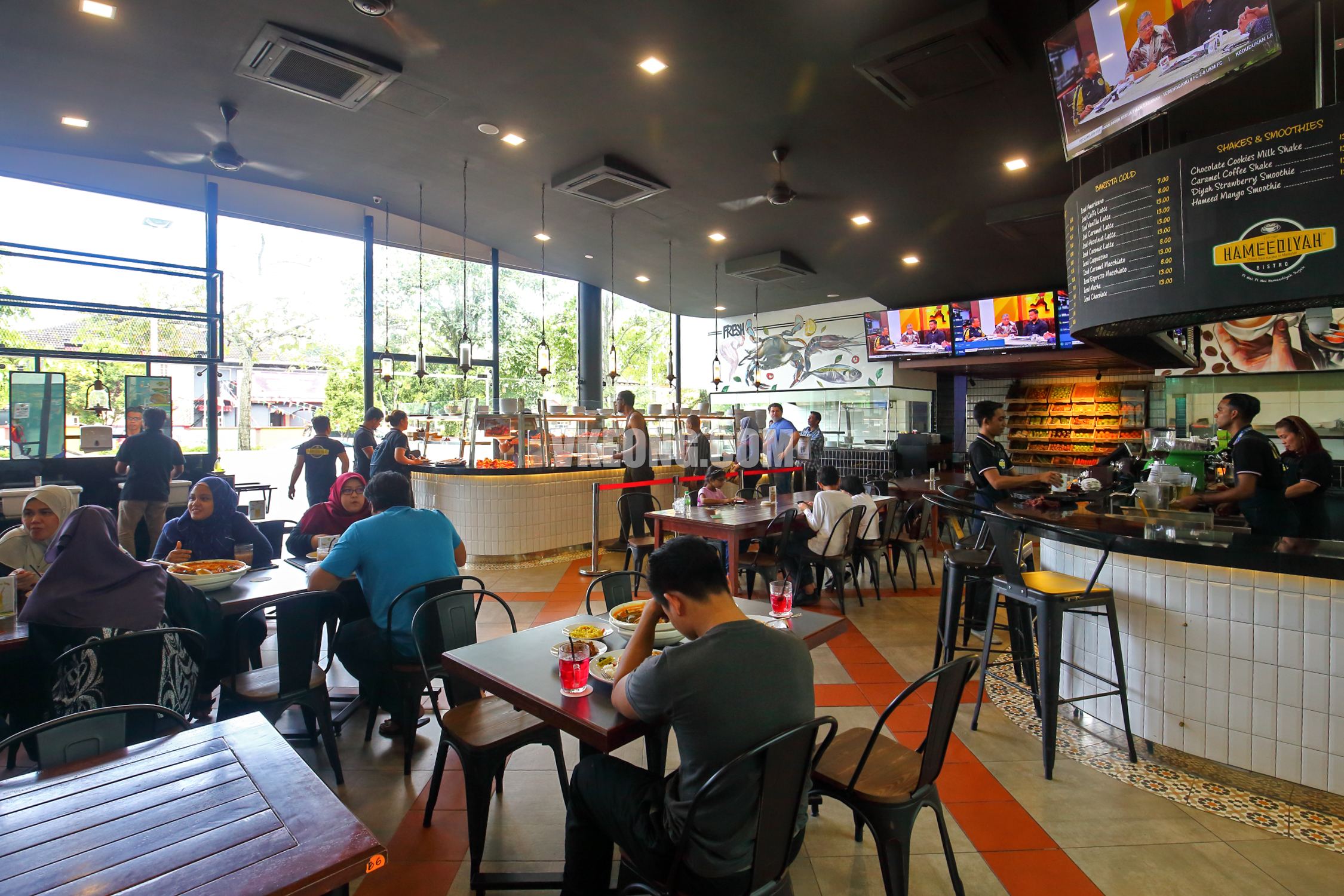 But just to set the expectation straight, you should also know that this is a franchise outlet, so it’s not managed by the original Hameediyah restaurant in Penang. 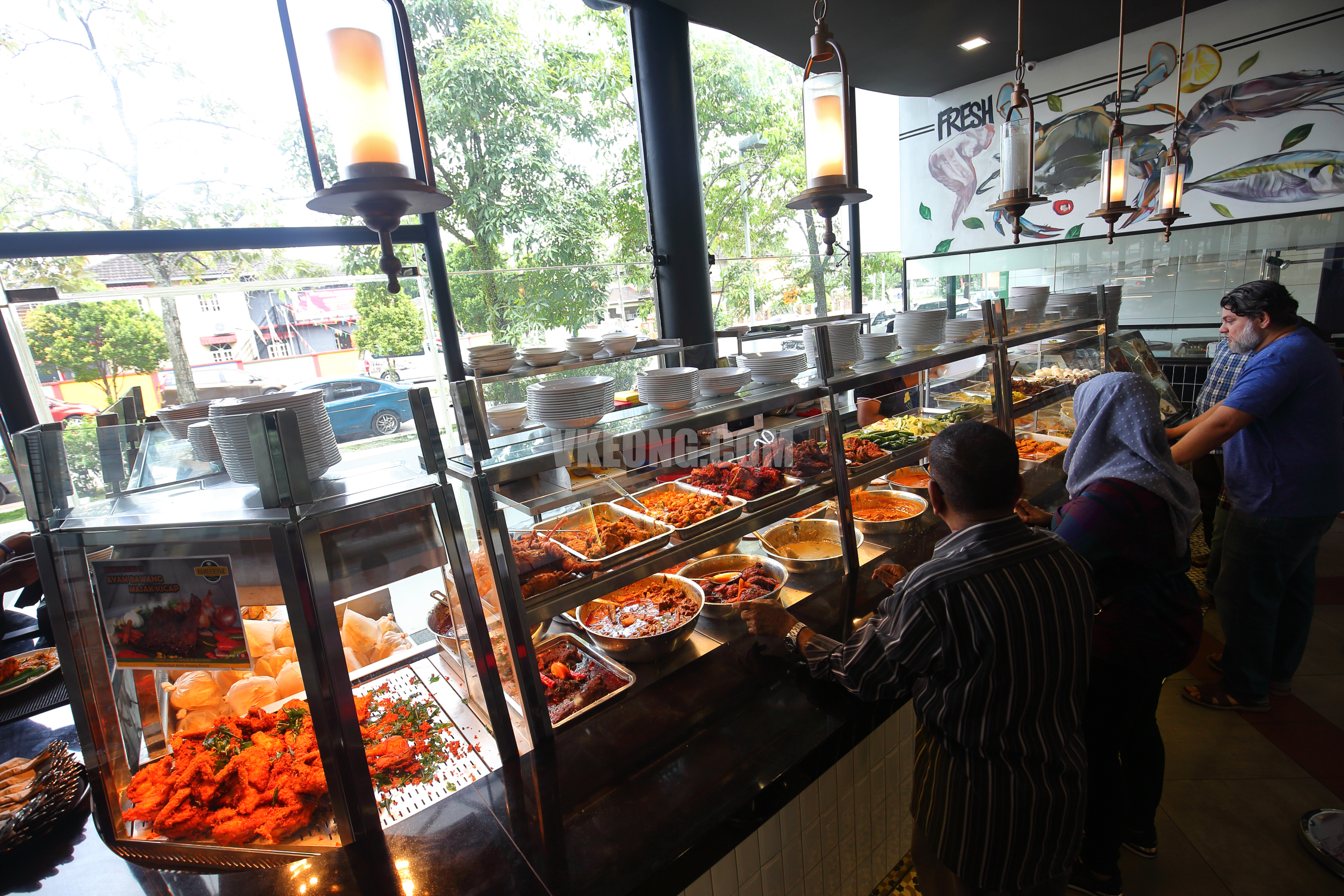 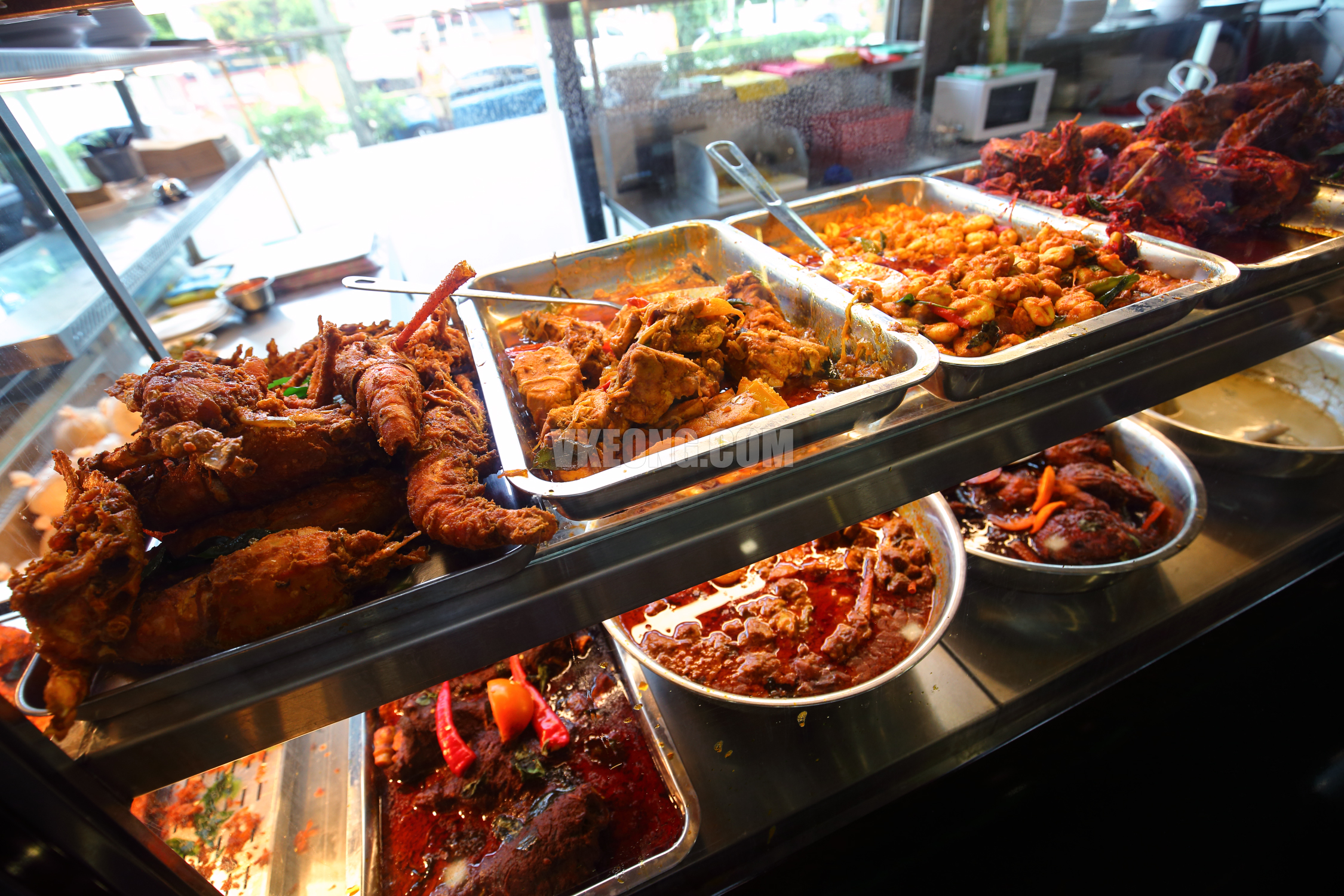 That said, you can still expect many of their signature curry dishes here like Ayam Bawang, Kari Ayam Kapitan, Kambing Mysore, Kari Sotong and many more. All of the dishes for nasi kandar are cooked from scratch fresh daily by a team of seasoned chefs at the restaurant, not delivered from a central kitchen. 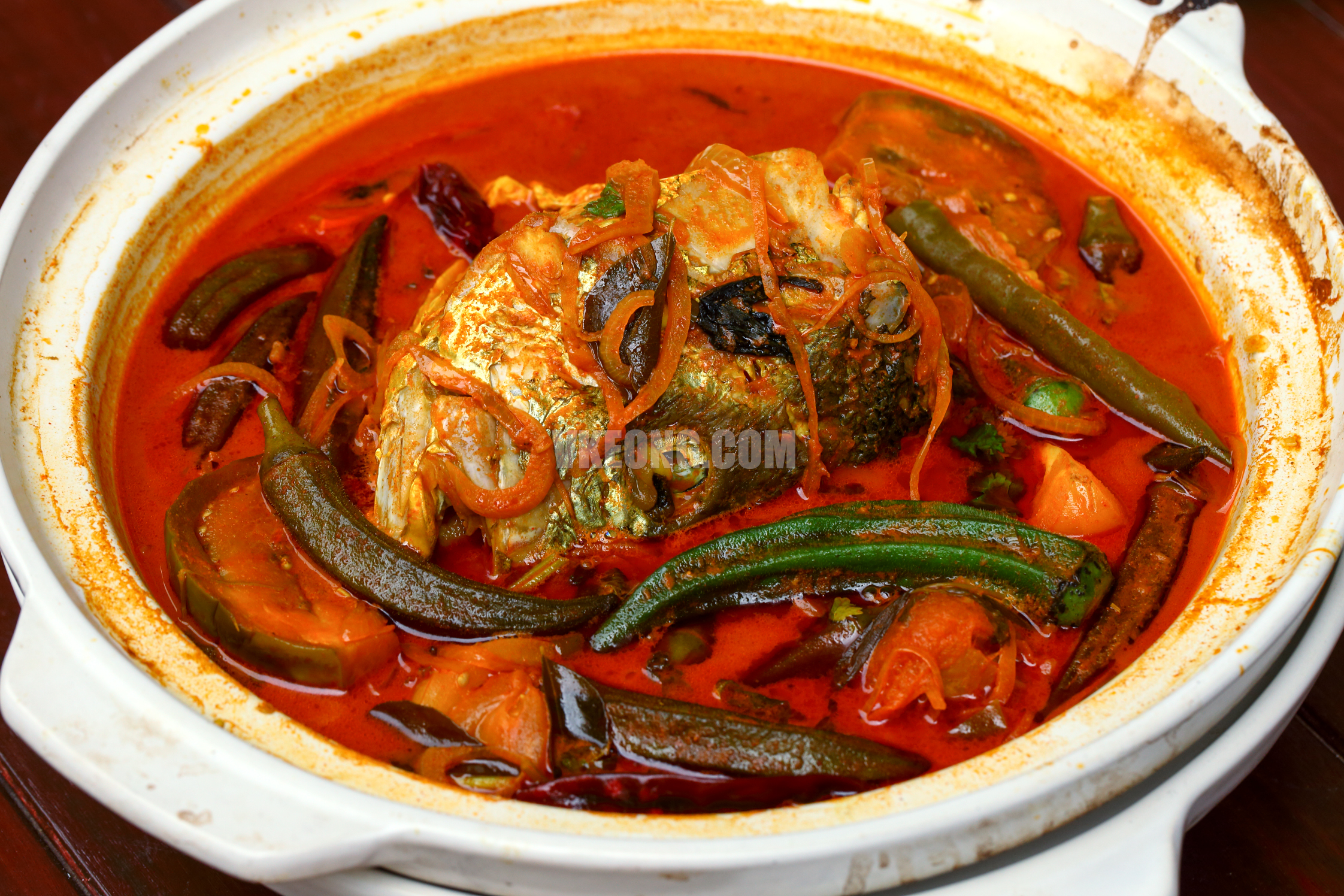 Currently, they are having a limited time promotion for their fish head curry which is priced at only RM45 compared to the usual RM60 and more. This is a good deal considering most Chinese restaurants charge more or less the same price but for half the portion you get at Hameediyah.
To order the fish head curry (they use red snapper), pick one of them from the display counter which will then be cooked and served in a clay pot. The portion size is large enough to be shared by at least 2 people, possibly among 3 or more. I have to say the price is worth it and you should definitely try it while the promotion lasts. 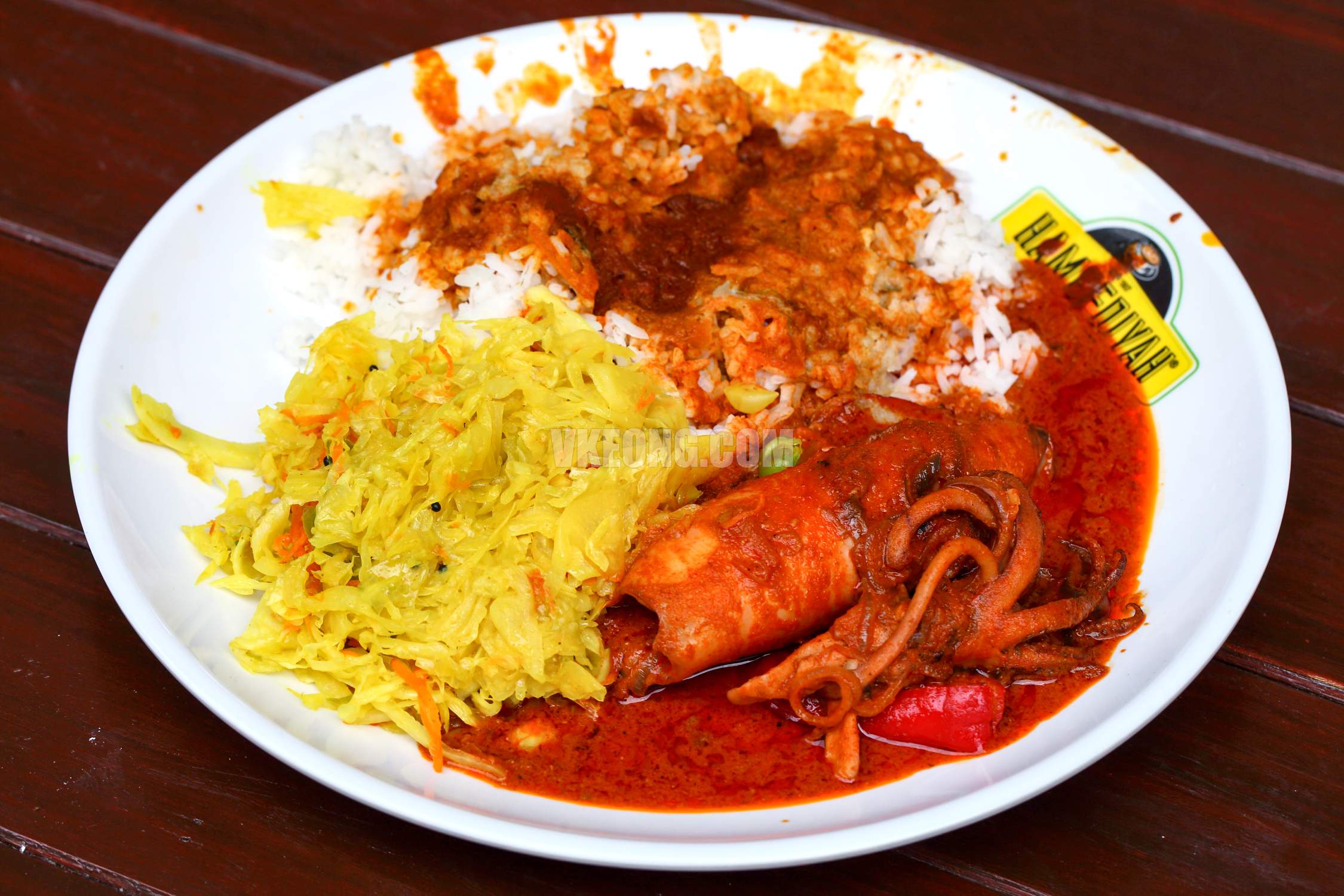 As for the nasi kandar, they are not exactly cheap (as expected in a nasi kandar restaurant) but at least they are affordable. The price for every dish is clearly displayed in the menu so you won’t have a price shock later. The sotong kari + cabbage combo was RM13.50, which was alright considering the size of the squid. 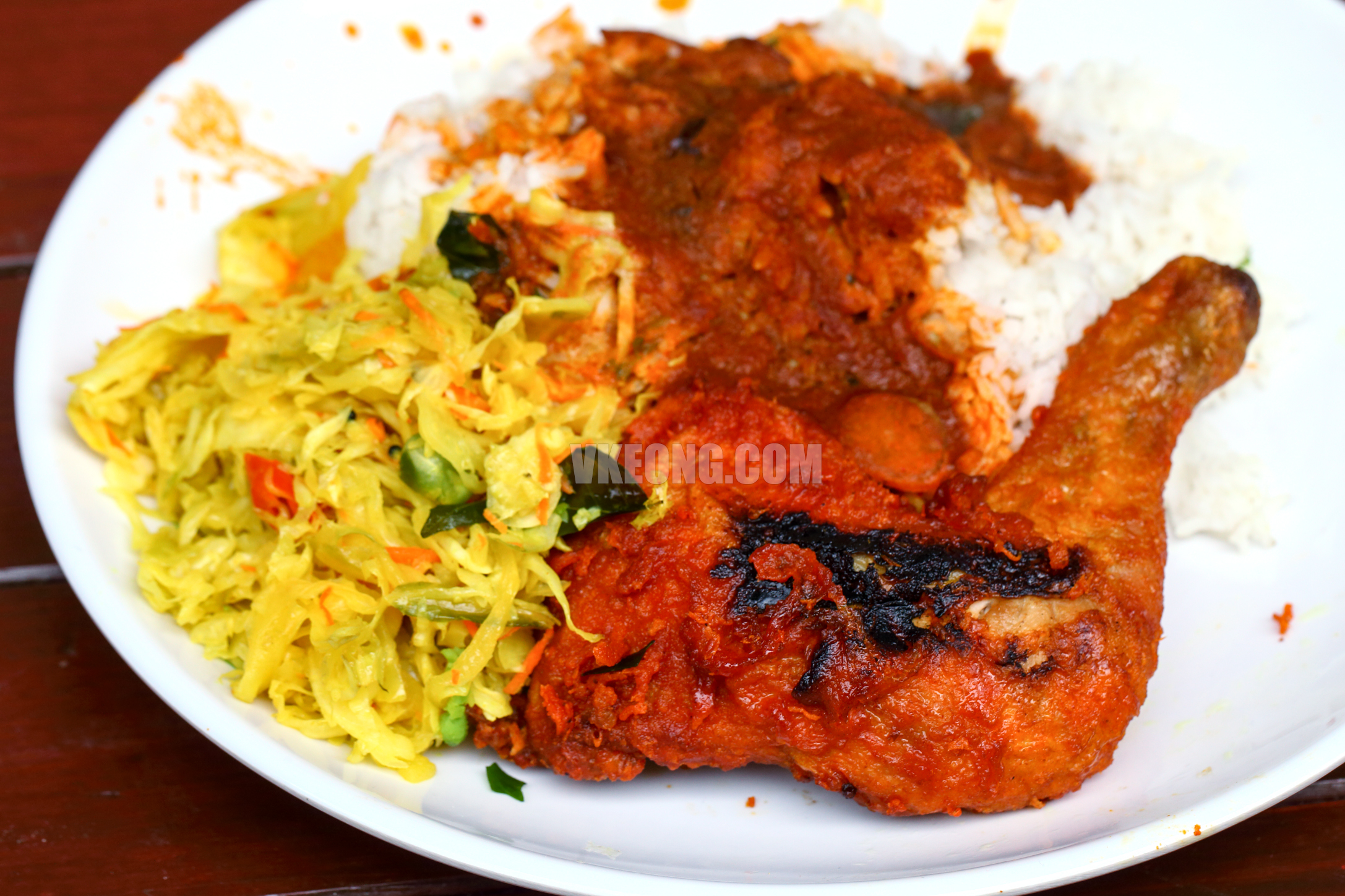 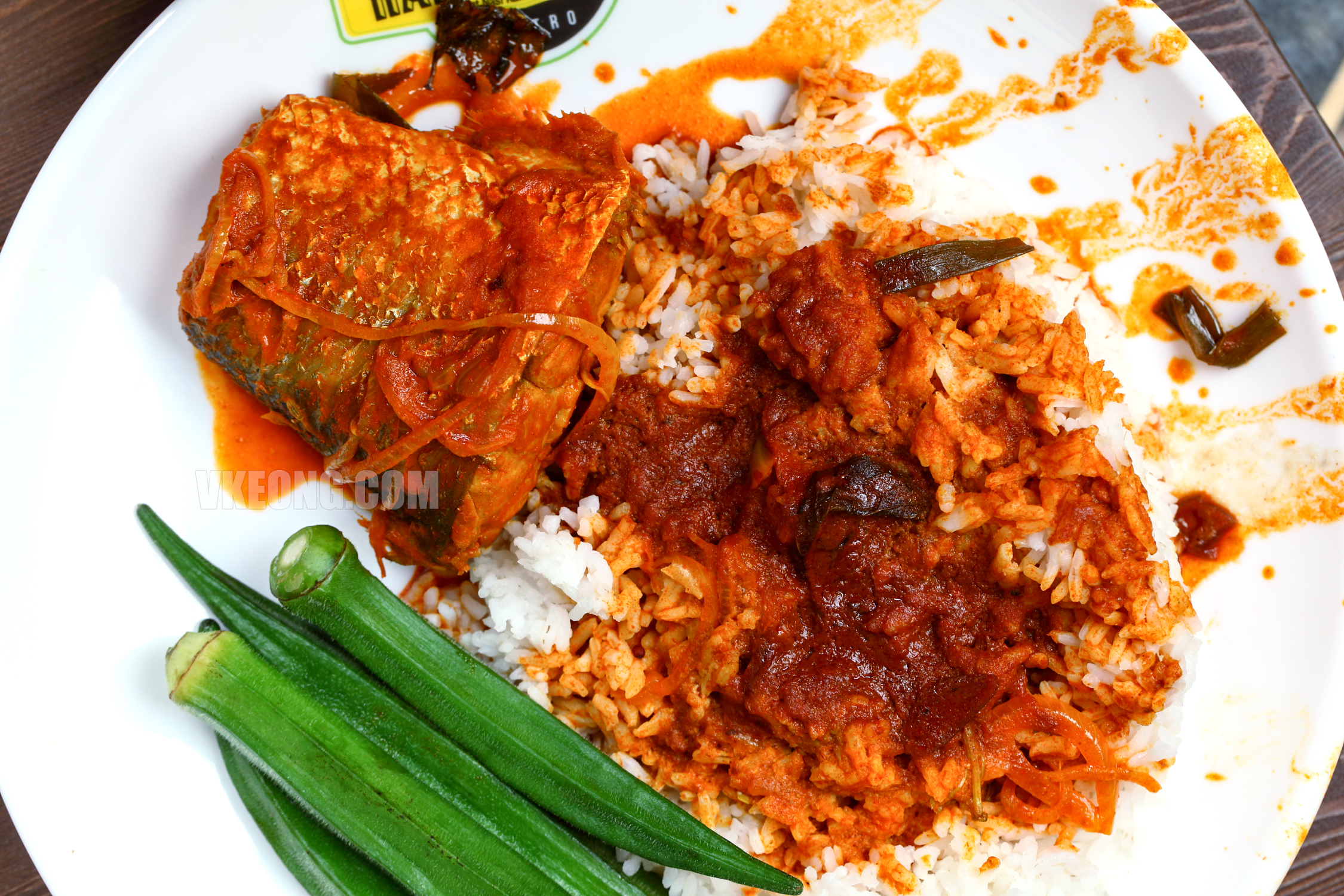 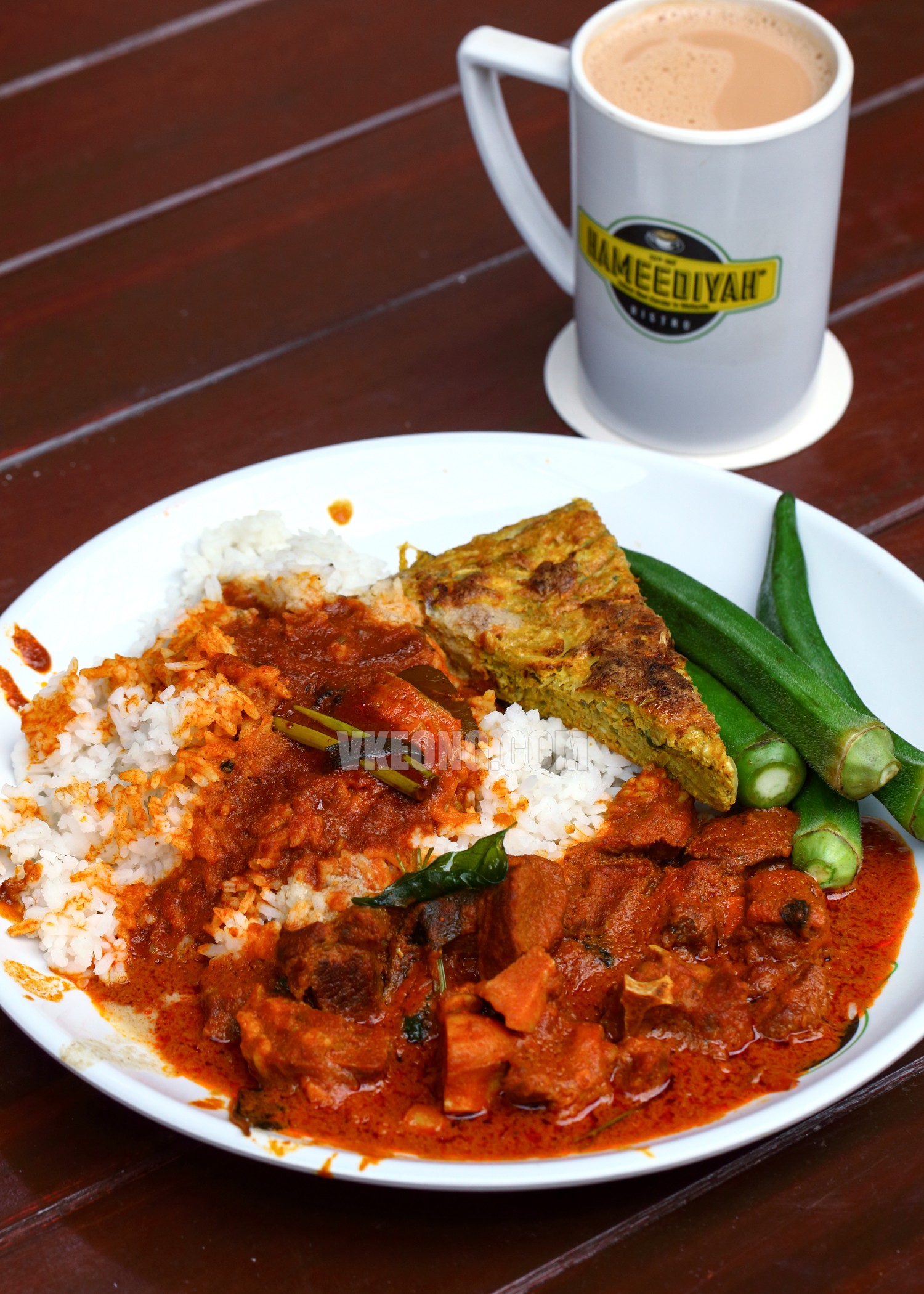 Kari Kambing Mysore + double portion bendi + telur dadar = RM17.50. It might seem pricey but at least they are not stingy with the portion of the mutton. 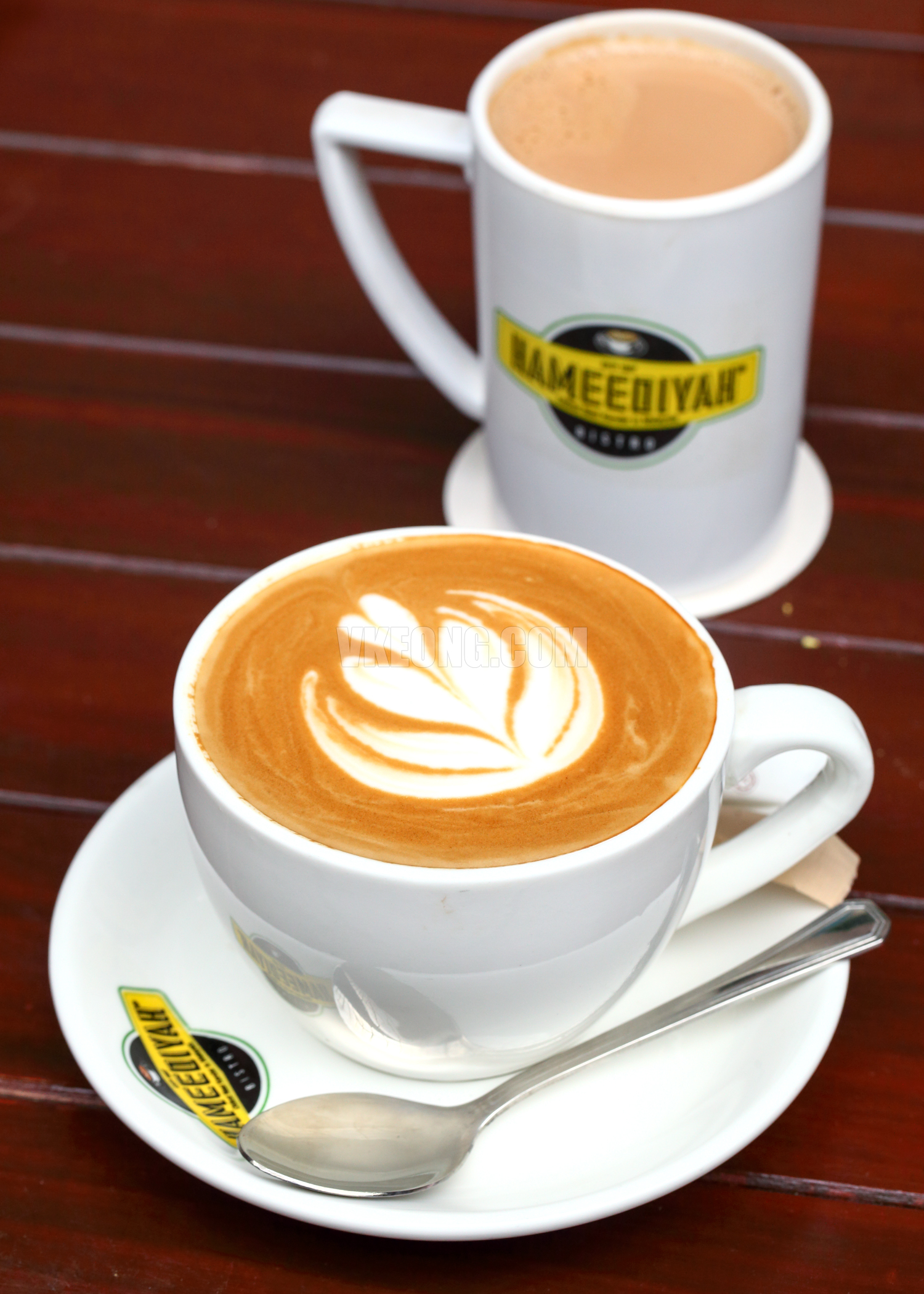 The Cappuccino @ RM7 was good, it tasted exactly like what you would get at the cafes. 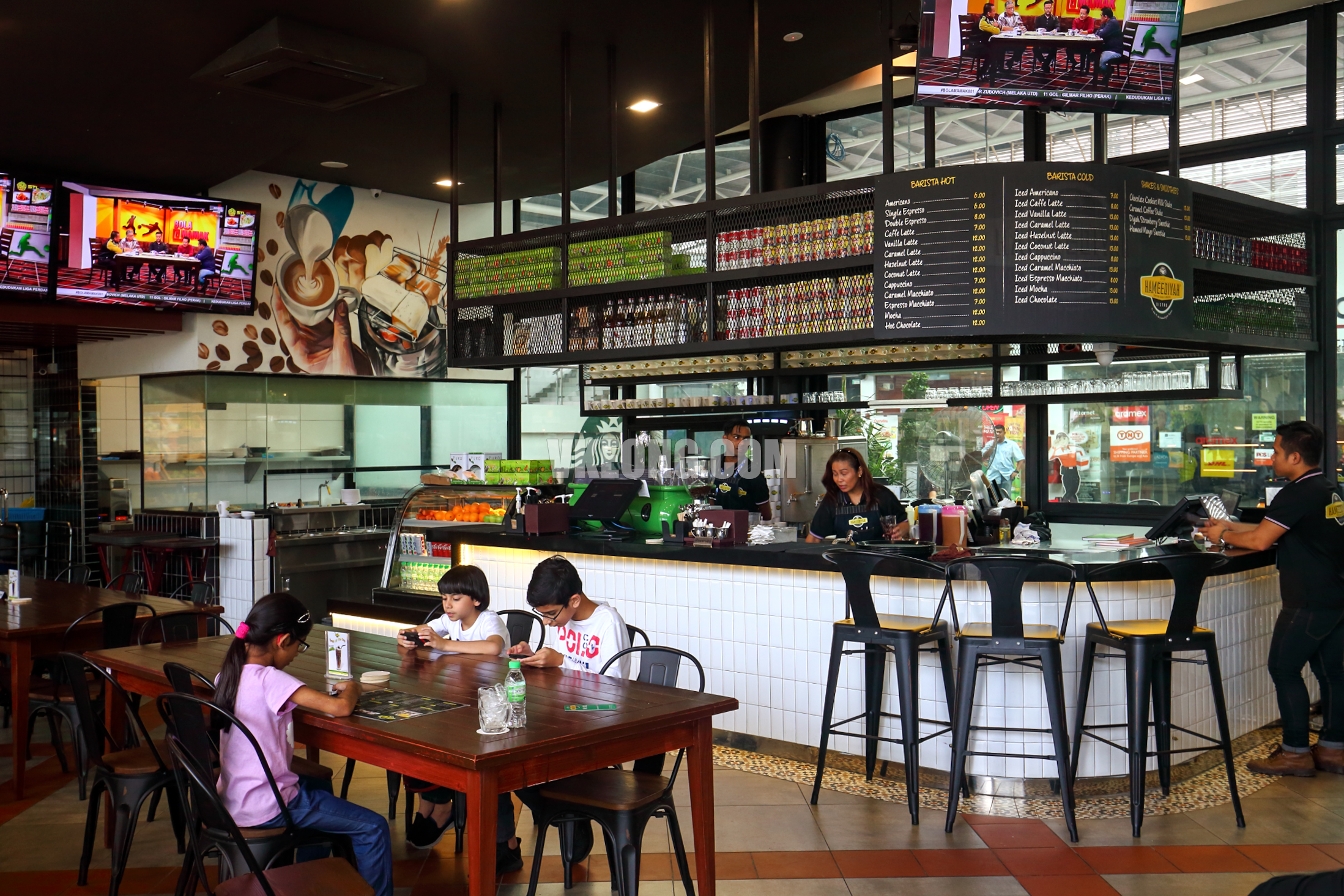 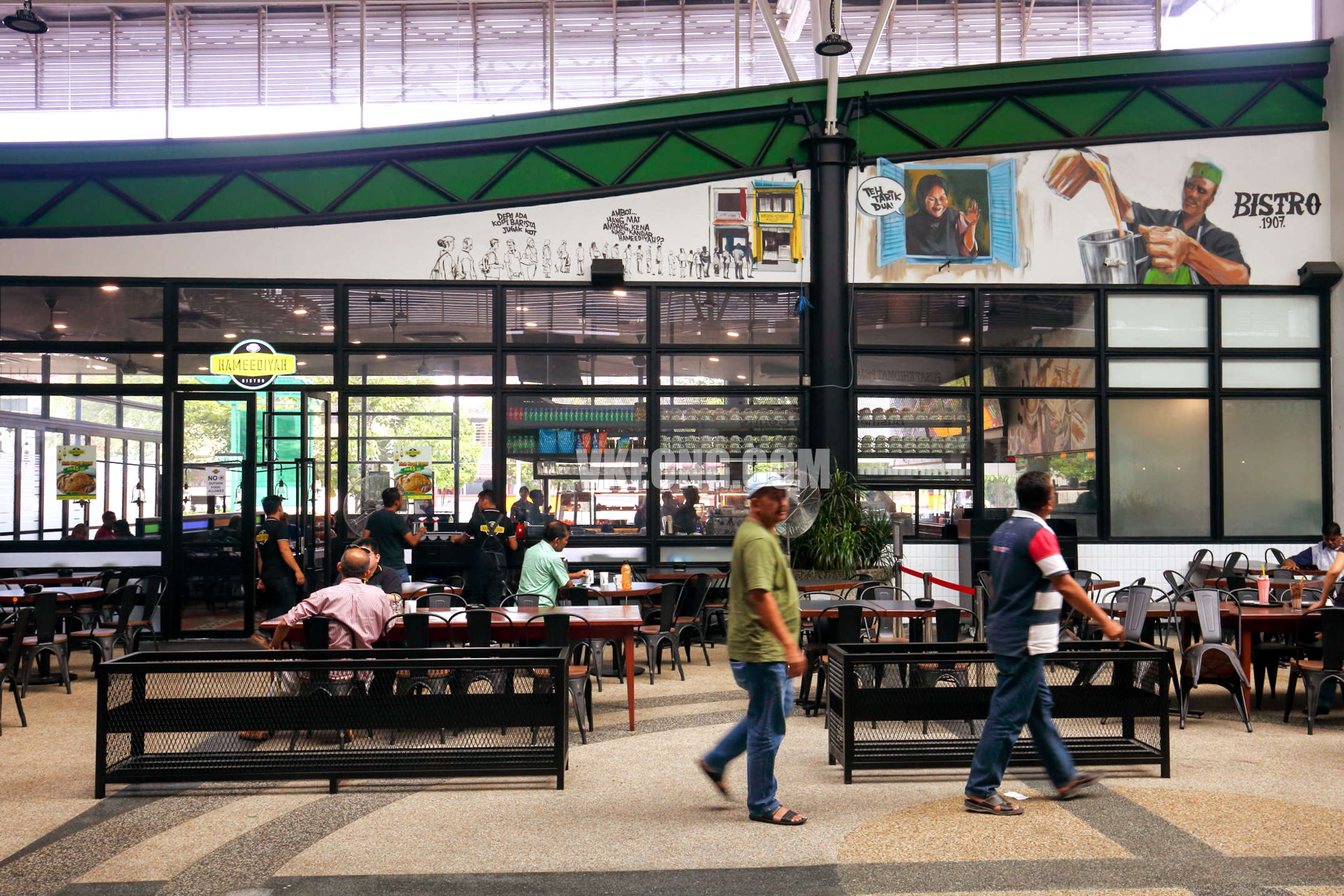 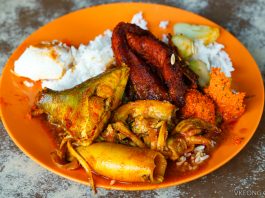 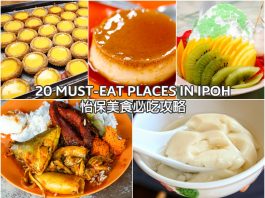 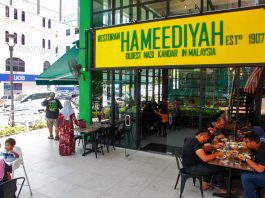 Eat September 3, 2016
ABOUT US
VKEONG.COM - Malaysia Food and Travel blog with reviews of restaurants, hawker and street food in KL, Penang, Melaka and beyond.
Contact us: vkeong@yahoo.com
FOLLOW US
© VKEONG.COM - All Rights Reserved