Fans of Ikuzo Ramen, the very affordable Ramen restaurant in SS2 will be sad to know that it has ceased operations. But interestingly and ironically enough, the new restaurant named Jikasei Ramen shares a past with Ikuzo, in which they were setup by the same chef. Who knew he’d return one day to take over the restaurant together with a few partners of his own? 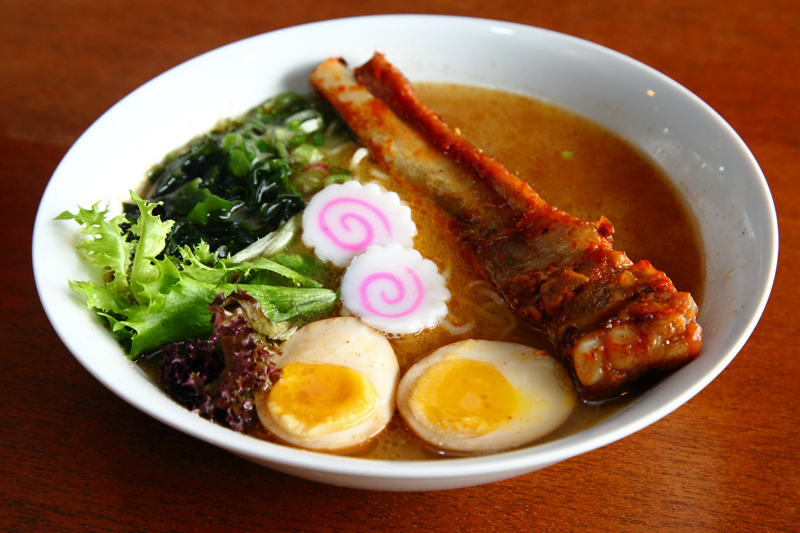 As expected, Ramen is featured heavily on the menu along with some appetizers, snacks and other rice-based dishes. The ramen soup here is made from a chicken-based stock where the bones are boiled down into a dense and flavourful broth. Regardless of which ramen you pick, they share the same soup base just with different flavoring added separately.
The Supearibu Ramen @ RM18.80 is Jikasei’s flagship ramen and it’s topped with a single spare rib. The cuts of pork used in the ramen are imported from Spain because they usually do not carry the odour that some might find unpleasant. Even though the soup is not as thick and rich as what you get elsewhere, the flavour is not lacking at all.
The spare rib might be a mess to eat it properly with chopsticks, so disposable plastic gloves are provided to let you enjoy it with your hands. Taste wise, it’s nicely marinated with a hint of spiciness but the meat is definitely not those fall-off-the-bone tender type. 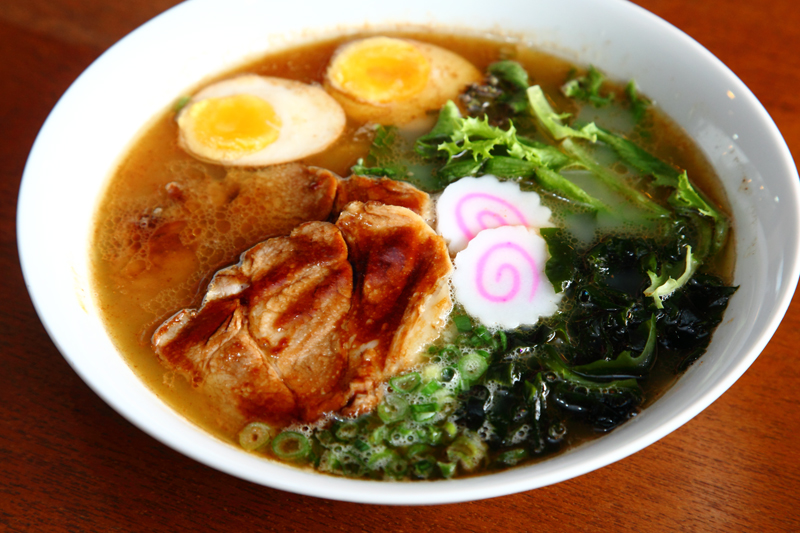 Chashu Ramen @ RM15.80 – one of the more common ramen that hardly goes wrong. The round chashu slices are not too fatty, yet had a tender and satisfying texture. 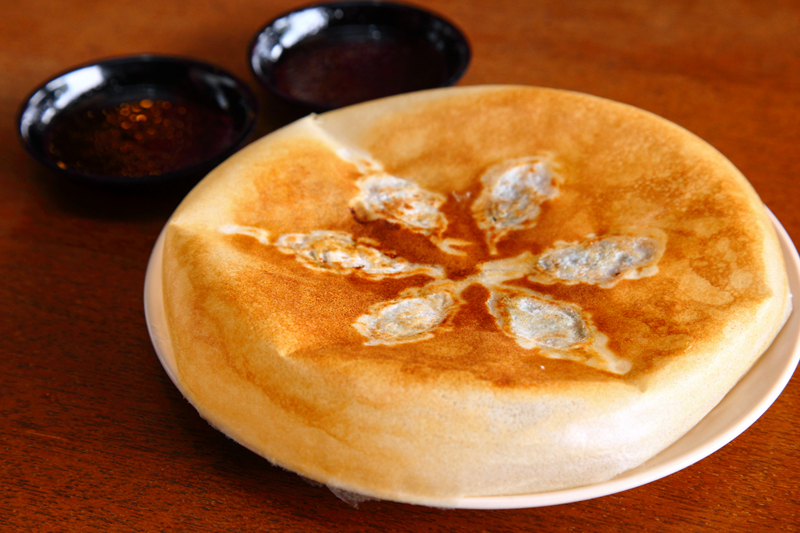 One of the chef’s recommended snacks is the Buta Gyoza @ RM8.90. These delicious Japanese dumplings are served in an unusual way – upside down. They are made smaller too, just nice for a mouthful bite. 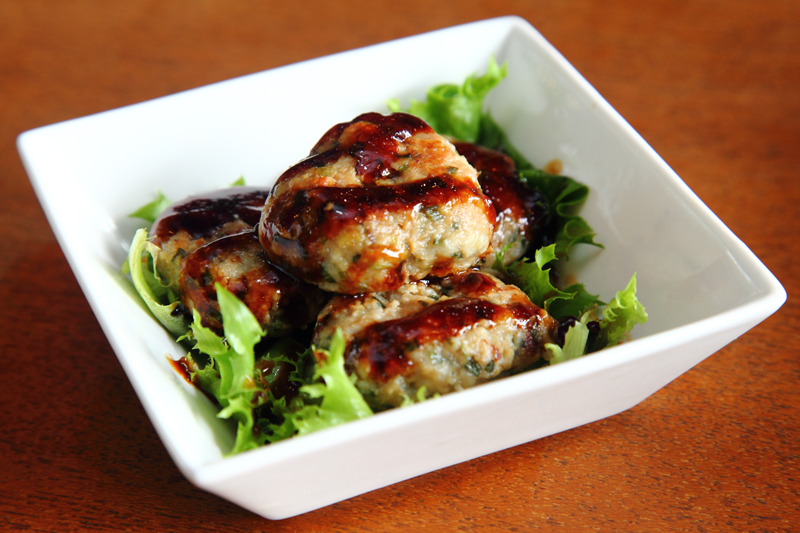 The Buta Tsukune Yaki @ RM11.90 is also worth a try if you like juicy meatballs topped with Teriyaki sauce. 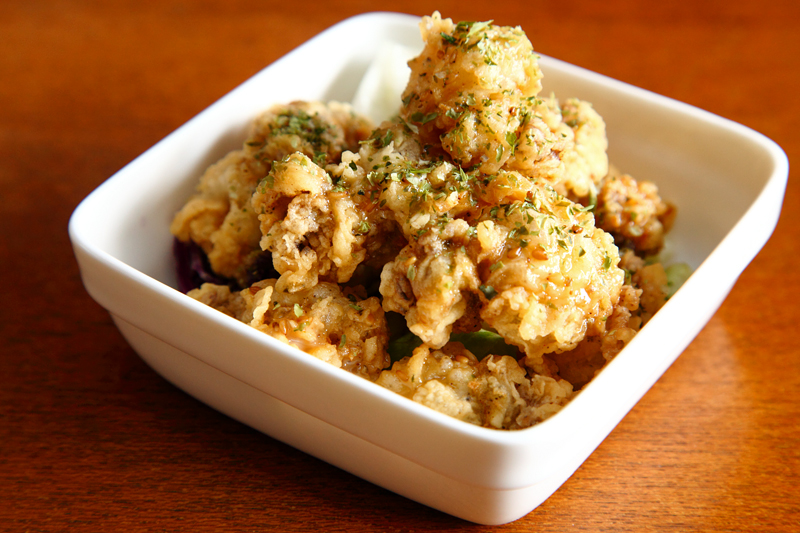 Lastly, for a bang of your buck, the Ika Geso Gomadare (deep fried baby squids with sesame dressing) @ RM7.90 comes in a rather large portion and could be easily shared by two. For drinks, I thought the ginger green tea was really good and shouldn’t be missed. It’s somehow comforting and soothing, but in a oddly spicy way. 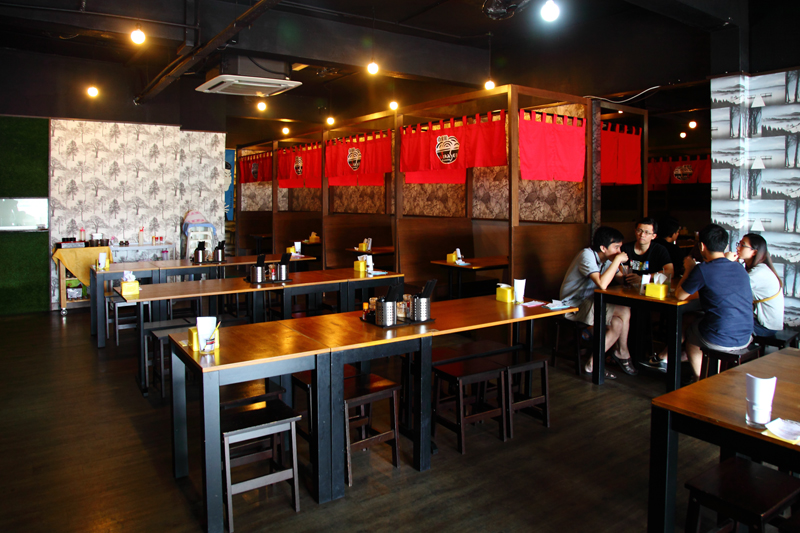 All in all, as far as ramen is concerned, Jikasei Ramen is an ideal place for a meal when all you want is a proper, hearty and affordable bowl of noodle soup. If you prefer to have rice instead, a selection of donburi is available between RM14.50 and RM15.50. 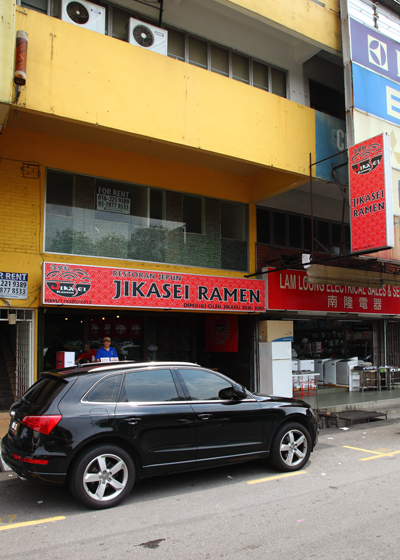 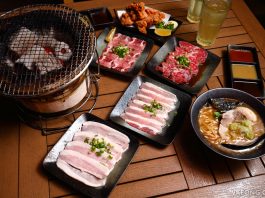 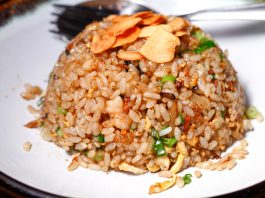 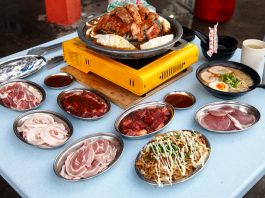 Eat August 13, 2016
ABOUT US
VKEONG.COM - Malaysia Food and Travel blog with reviews of restaurants, hawker and street food in KL, Penang, Melaka and beyond.
Contact us: vkeong@yahoo.com
FOLLOW US
© VKEONG.COM - All Rights Reserved