Our dinner at Ju Yuan restaurant could be summarized in two words: spicily good. I probably overlooked the dishes’ ingredients while ordering and we ended up having lots of cili padi in our food. It was quite funny to see everyone breathing fire and chugging iced Chinese tea, yet couldn’t stop digging in because of the delicious food. 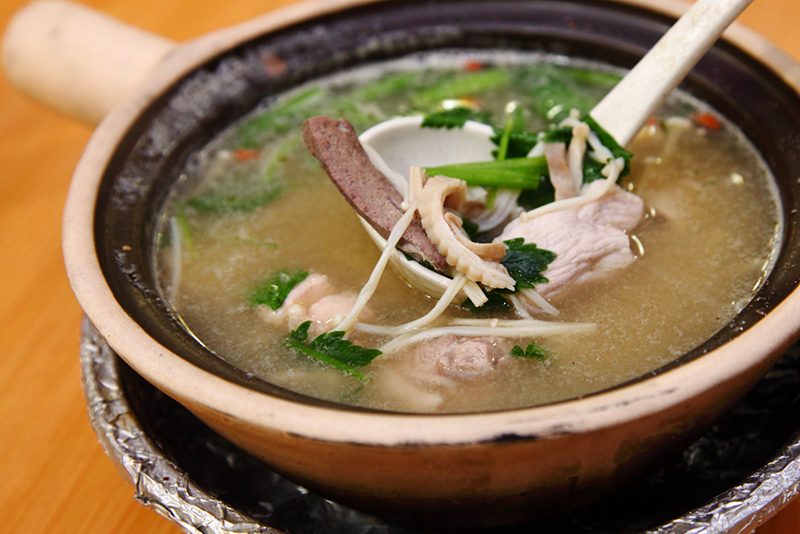 This restaurant used to be known as Sup Pedas Kajang but renamed to Ju Yuan following a recent mangement takeover. The Sup Pedas Kajang sign still remains as not to confuse their regular customers into thinking it’s a new restaurant. Everything on the menu and recipe remain unchanged and they are also trying to diversify their offerings through the introduction of more seafood dishes and steamboat.
Pork still dominates the menu and available in a dozen styles. Their signature Hot & Spicy Soup @ RM19.90 (medium portion) is prepared using both pork offals and chicken with its flavour derived mainly from from ginger and peppercorn. This warming soup’s spiciness level was surprisingly mild despite the name. Later, we knew that you could actually dial up the spiciness by adding more ground peppercorn – just ask them for it. 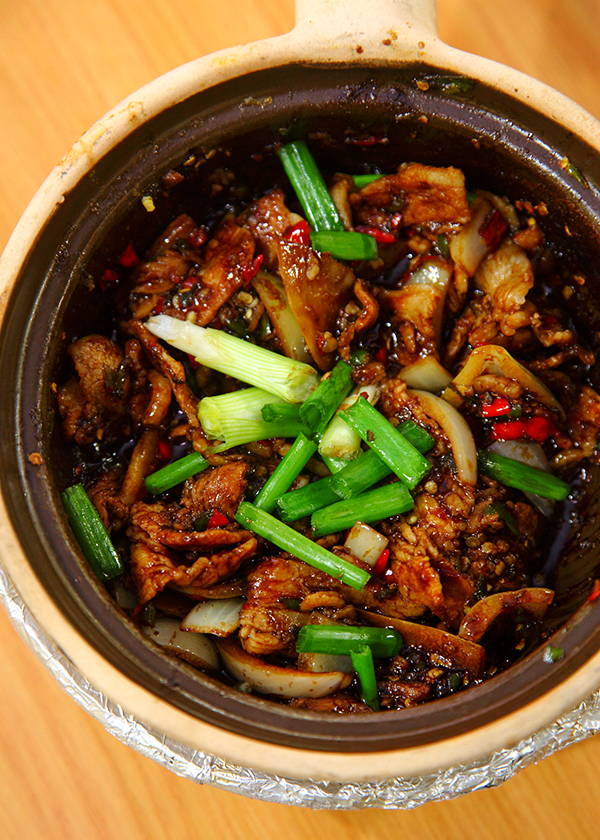 Everyone’s favorite dish of the meal belonged to the peculiarly named 18 K Hot Pot. The overall flavour is very similar to claypot pork belly with salted fish (Ham Yu Fa Lam Bou) but dried shrimp and chopped cili paid were used in place instead of salted fish and dried chillies. This was an very appetizing dish with plenty of umami imparted by the dried shrimps and it did not taste overly salty too. RM12.90 for small. 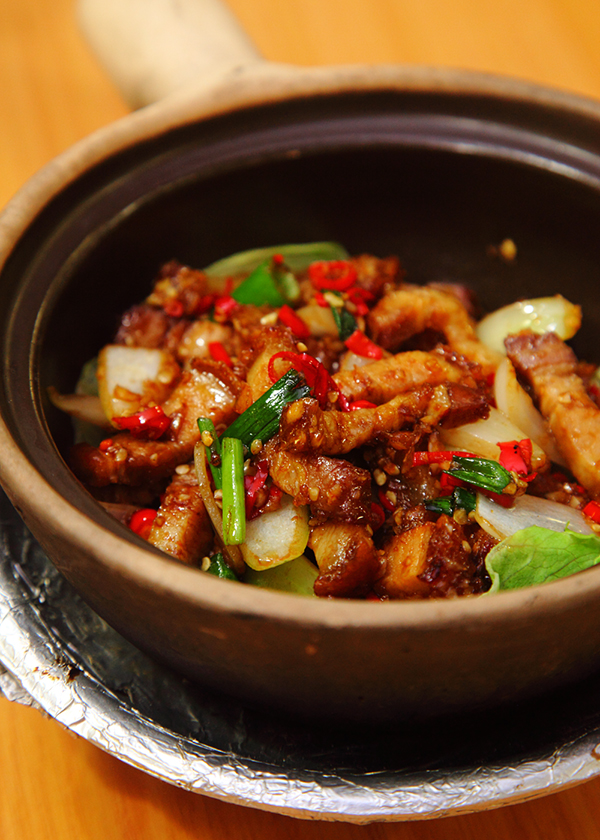 The Claypot Roast Pork is one among the six newly introduced dishes. A generous portion of roasted pork belly is sautéed in claypot with onion, scallion and cili padi adds thrown in to add aroma and slightly numbing hotness. Fatty? You bet, in a very good way. 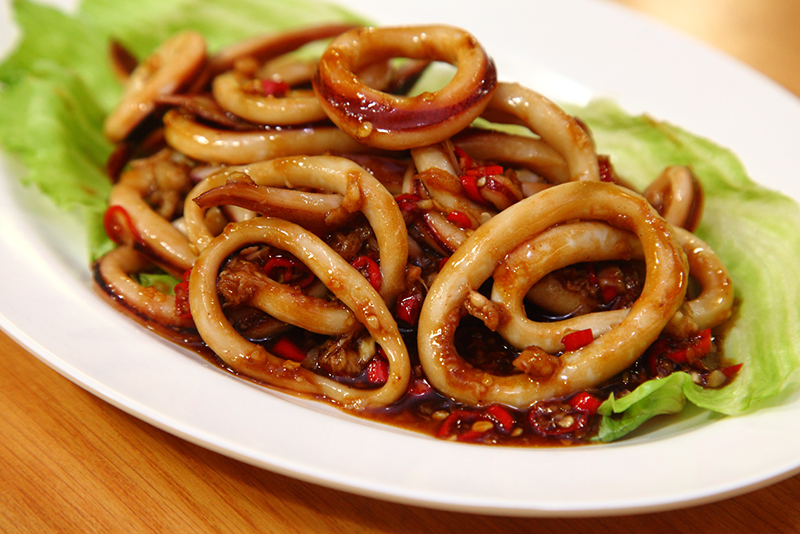 There were only two styles of squid so I decided on this Stir Fried Squid, simply because Butter Squid felt common. Again, lots of cili padi in this one lol. I think it’s quite uncommon to see Japanese squid being used for Chinese cooking so this was a pleasant surprise. Overall it was good, nicely seasoned and would’ve been great if only the squid was not overdone. 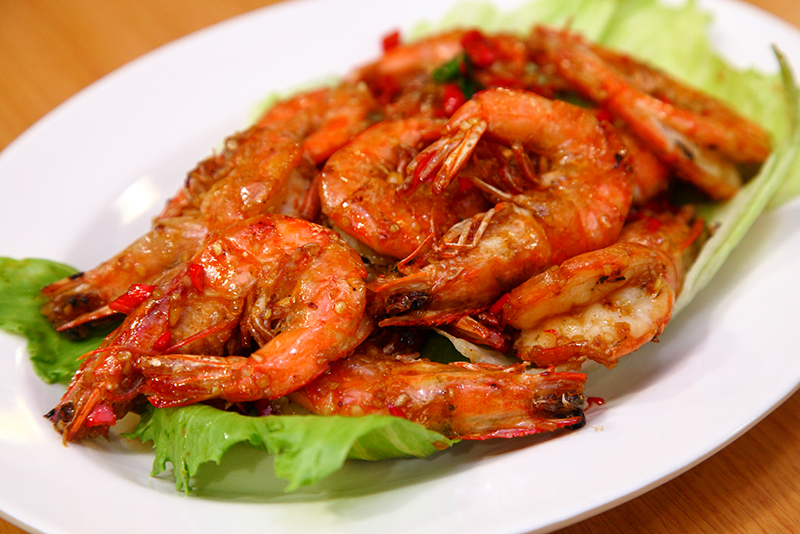 The Chili Prawns (the prawns could have been fresher) @ RM27.90 is yet another dish which had cili padi in it. At that point I was wondering if there’s anything I ordered that did not have cili padi at all. 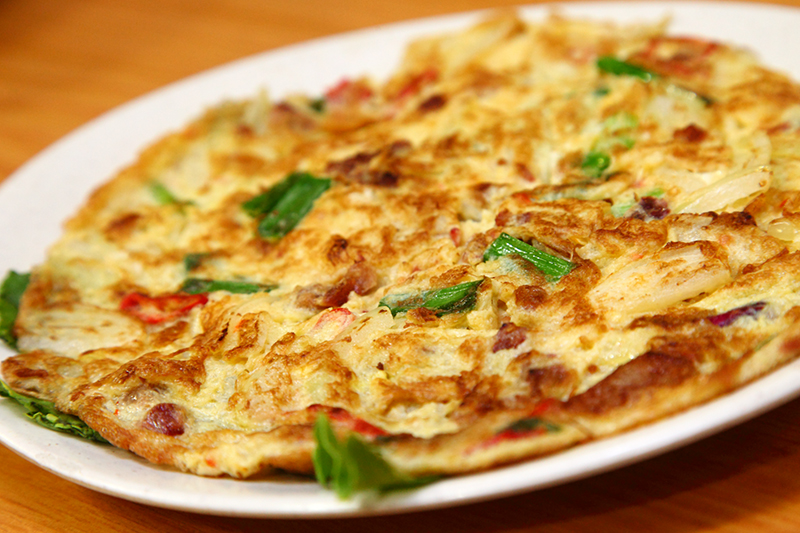 The Seremban Omelette @ RM7.90 was ordered for variety sake. 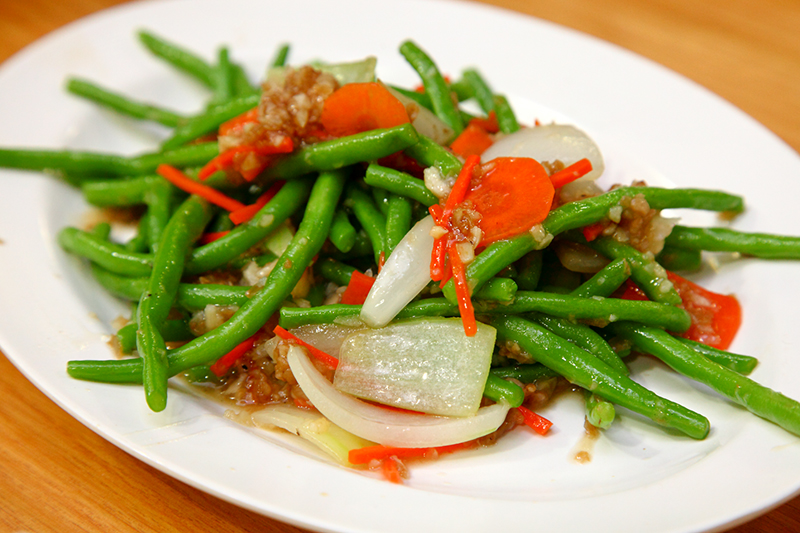 I don’t usually post vegetable dishes because they are more or less the same everywhere. But the French Bean here @ RM10.90 was well done and I thought it deserves a mention. 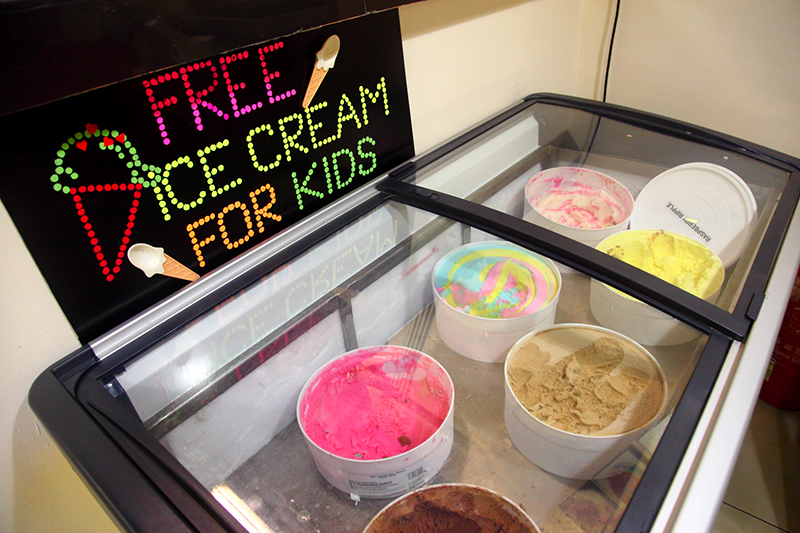 Free ice cream is available here for dessert and although it says it’s for kids only, adults are actually free to indulge too. Good food aside, this was perhaps the other thing we enjoyed most. Who does not like ice cream, free somemore leh. You’re lying if you say otherwise. 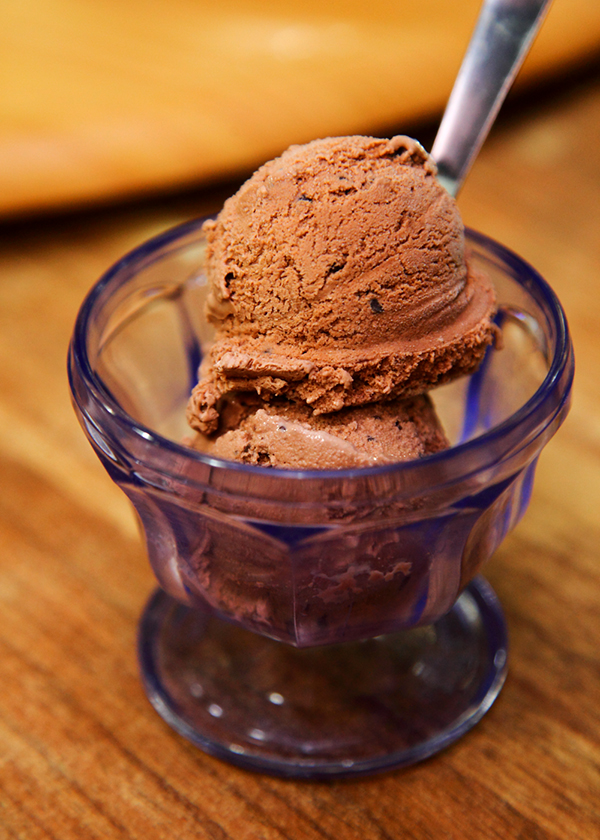 It’s not Haagen Dazs but the chocolate ice cream ain’t shabby at all! 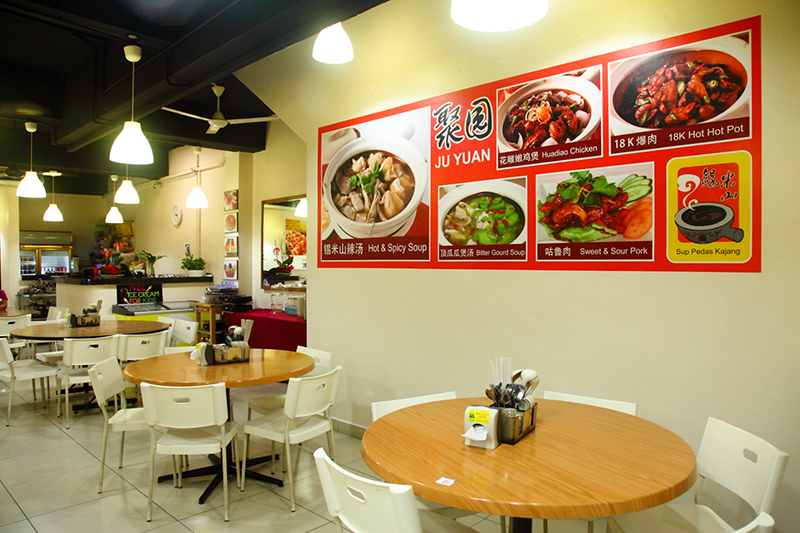 Individual meals such as Pan Mee and Yee Mee are also available on weekdays for lunch and the prices are reasonable enough considering it’s a restaurant. And before I forget, the steamboat is only available during weekends. 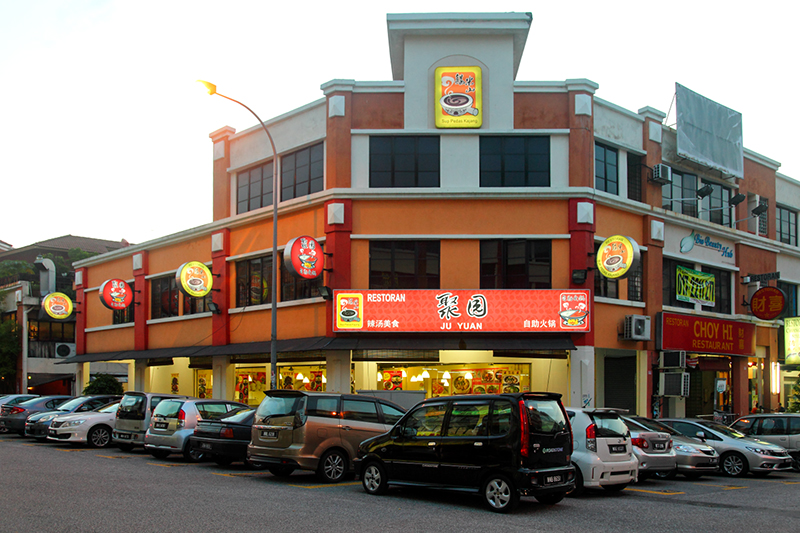