I seldom step into Subang Jaya so I am genuinely surprised by the number of Japanese restaurants in the town. Seems like there’s a concentration of them especially opposite SJMC where you could find no less than 5 Japanese restaurants lined up side by side.
After contemplating which restaurant we should eat at, Jyu Raku was chosen because we have been hearing good things about them. Not to mention the fact that acclaimed chef Hideaki Nakajima from Minori joined the culinary team not too long ago. 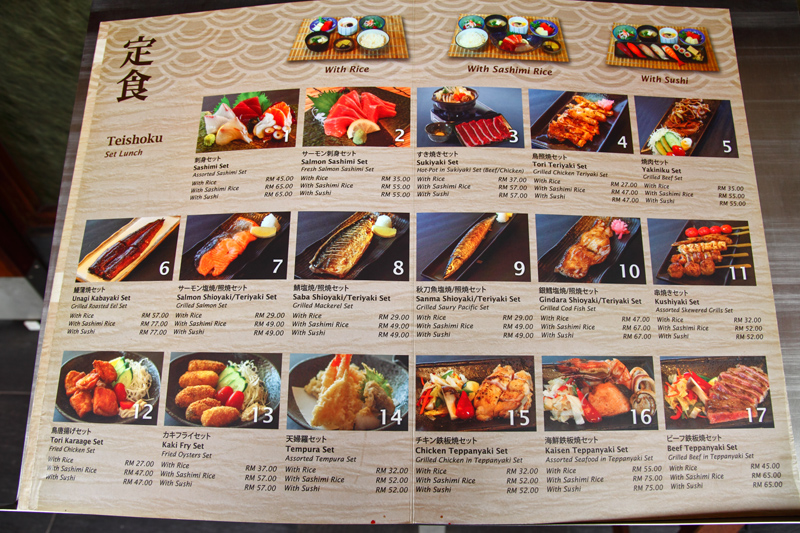 Since we dropped by for lunch, it was definitely more sensible to order from the set lunch menu. Not only it’s better bang for your buck, the selection is varied enough to appeal to every taste.
After choosing your main dish, Jyu Raku also lets you customize your set further by letting you pair it with three different combination of sides: with rice, with sashimi rice or with sushi. 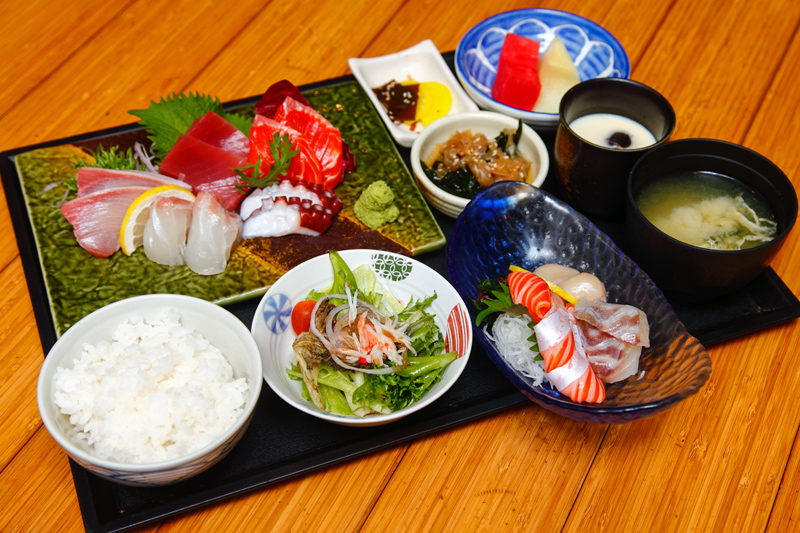 As usual, I went for the Sashimi Set and better still, paired it off with sashimi rice for even more sashimi! The set came to a total of RM65 which is a reasonable price to pay considering the amount of fish I got. In fact, if you compare it with the sashimi’s a la carte price, this was definitely more worthy of your money. 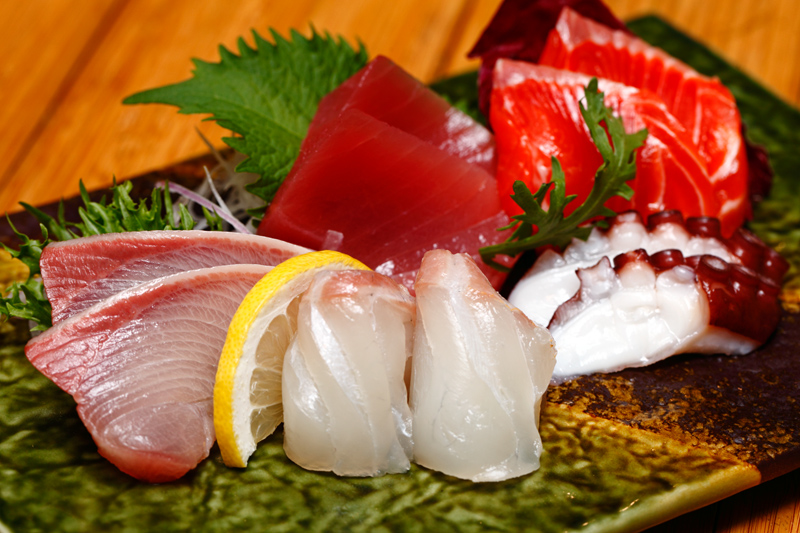 Jyu Raku certainly does not stinge on the ingredients, as the sashimi was given in thick, juicy cuts. Each slice could be best described as a chunk, simply satisfying just by looking at them.
Quality wise I think the vibrant colors (I didn’t edit them) you see is already a good indication of the freshness of the fish. If I had to nitpick, I’d say the tuna could be better. 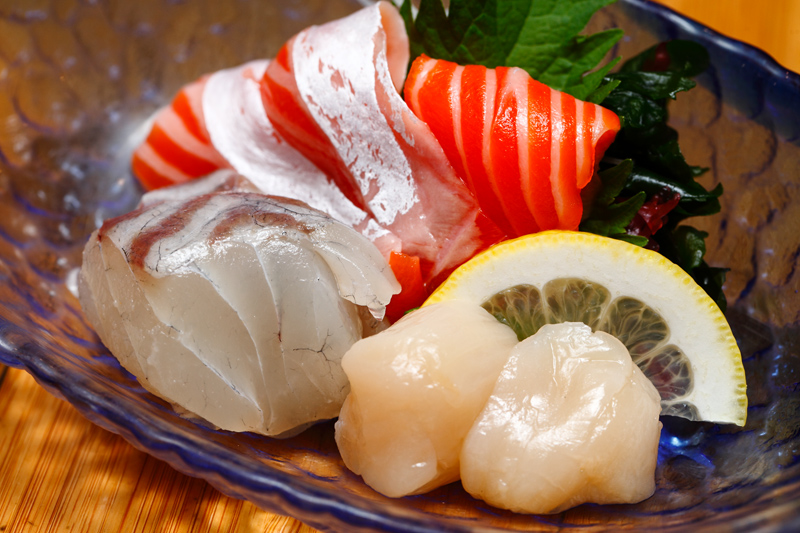 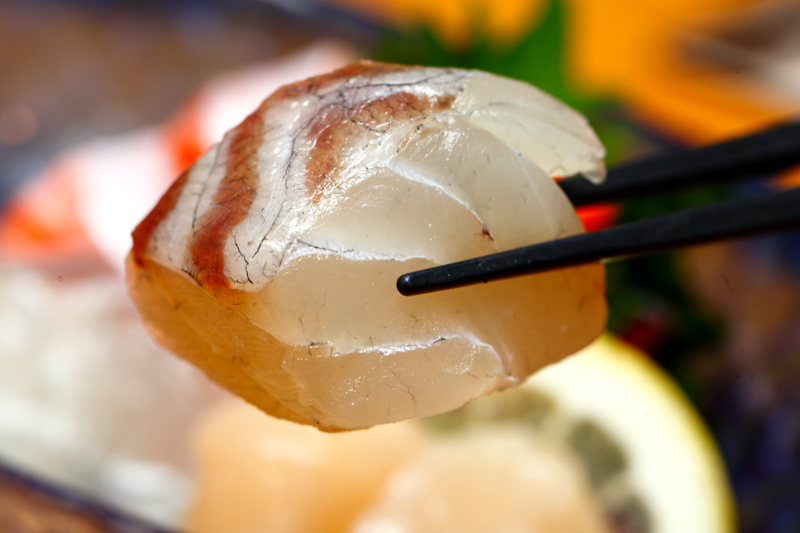 And here’s what was included in the sashimi rice: Suzuki fish (Japanese sea bass), salmon belly and scallops – all of them were highly enjoyable. 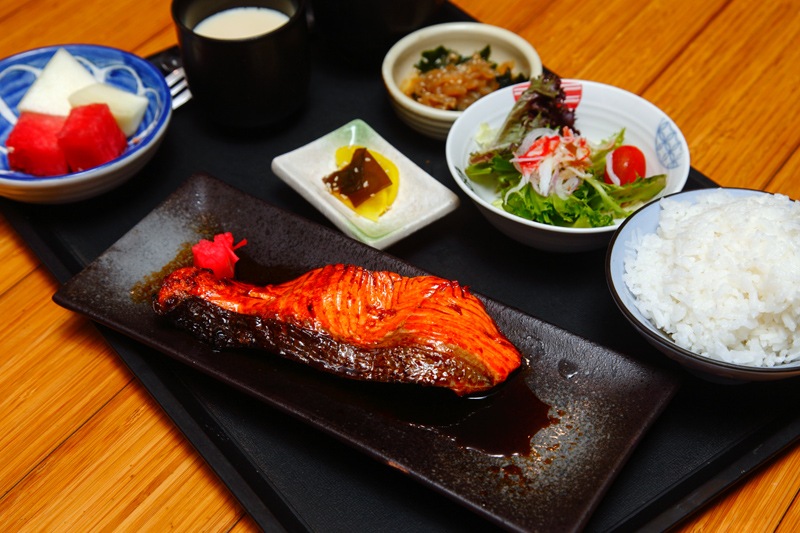 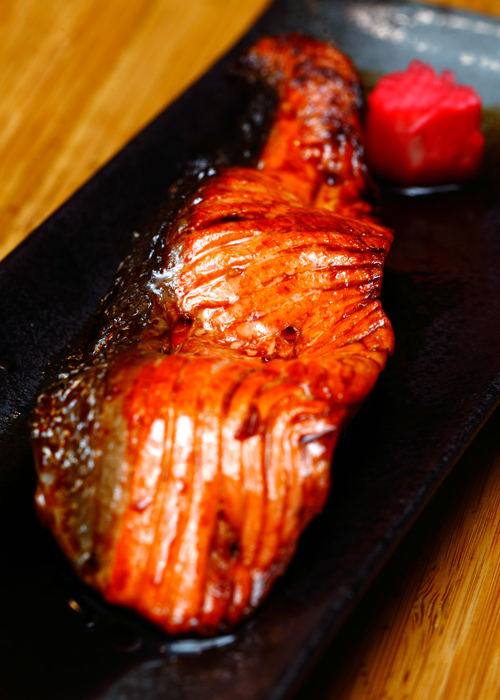 SL had the Teriyaki Salmon Set with rice @ RM29. While it looks like a normal salmon teriyaki, we were pleasantly surprised by how good it was. The taste is not just flatly sweet and boring, but also with an underlying smokiness that lifts the overall flavor beautifully. Great stuff, highly recommended if you’re a teriyaki lover. 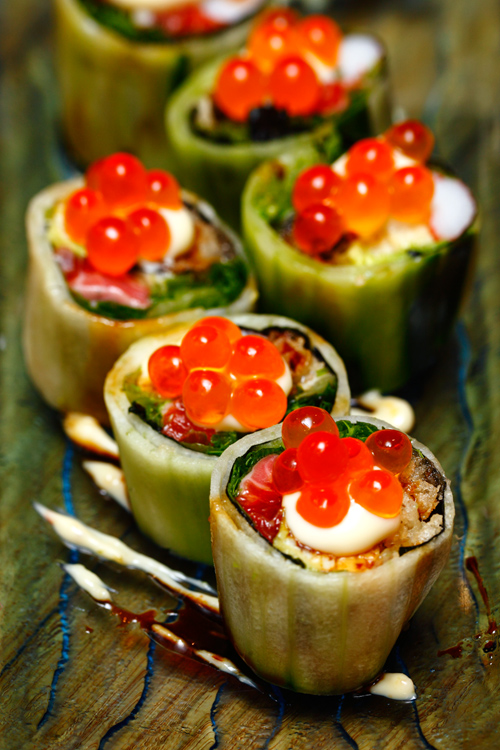 Positive with the dining experience thus far, we were encouraged to order their signature Jyuraku Roll @ RM33. It was a nice change from the usual Dragon/Unagi/Rainbow roll as it was prepared without rice – only unagi, crispy shrimp, salmon roe wrapped in thin yet juicy cabbage slices. Personally, I thought it was delicious although SL wasn’t too excited about it. 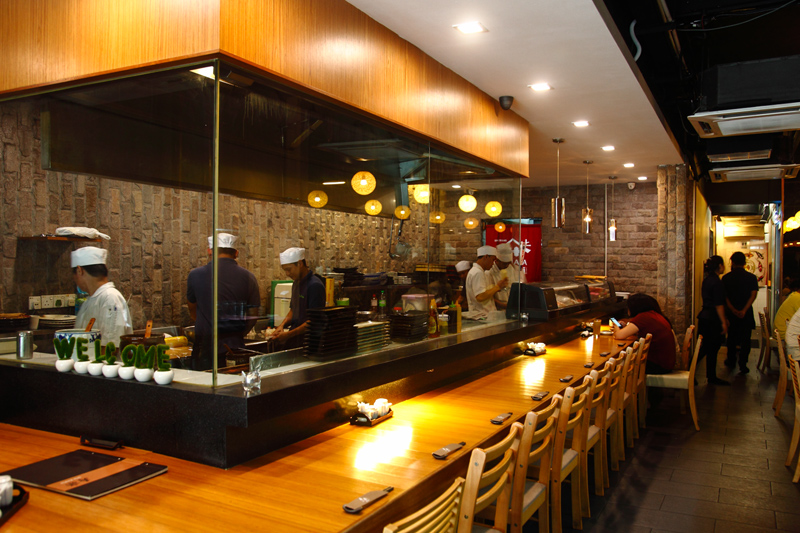 All in all, it was a delightful meal and we thoroughly enjoyed it. The food’s fresh, served in good portion (value for money) and more importantly, not excessively expensive for a Japanese restaurant.
That being said, service could be improved – it wasn’t exactly bad per se, but one of the intern waiters who attended to us was obviously not enjoying his work very much. Small matter though so I won’t harp on about it. 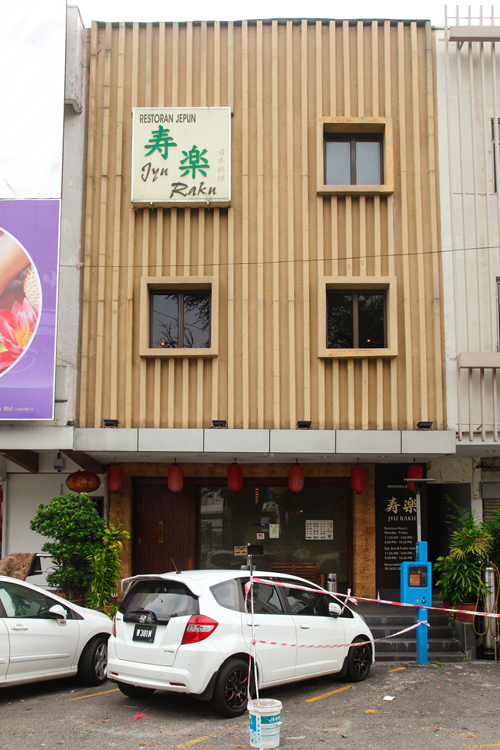