KFC Malaysia’s latest creation – the NEW KFC Zinger Cheezilla is a burger featuring a mouth-watering mozzarella cheese patty stacked with the popular Hot & Spicy Zinger fillet.
Looking at it, you would know that it’s made for Zinger fans who also love cheese. Either that, or KFC is also trying to pick up on the never-dying cheese trend. 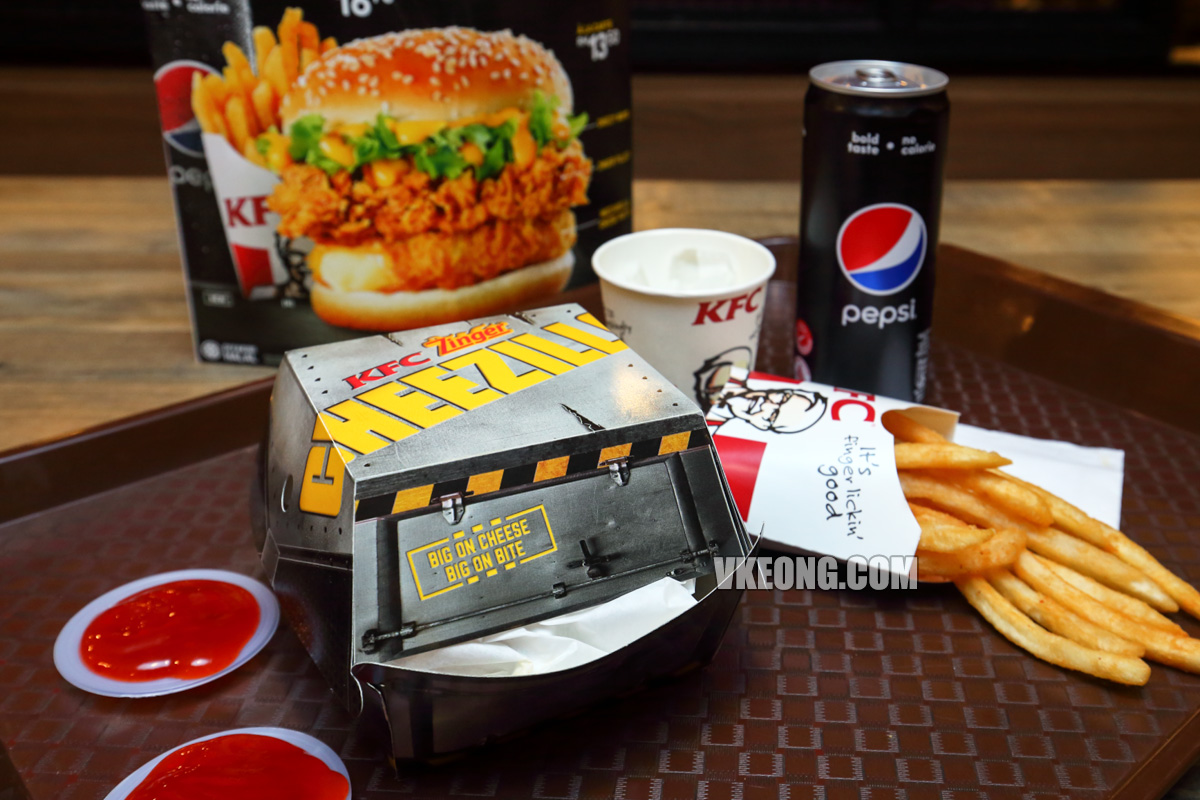 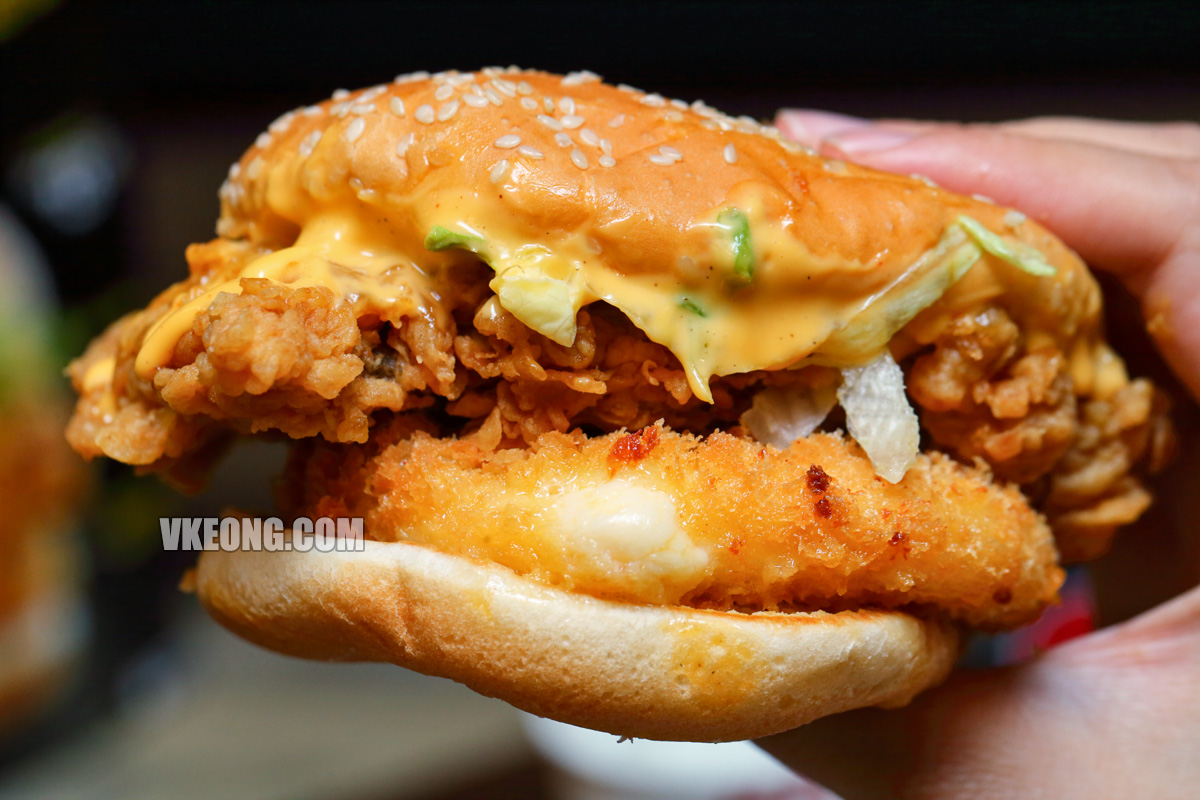 Zinger has always been my favorite item at KFC, with Hot & Spicy fried chicken coming as a close second. Naturally I had high expectations because it is actually pretty hard (and impossible) for a Zinger to screw up. 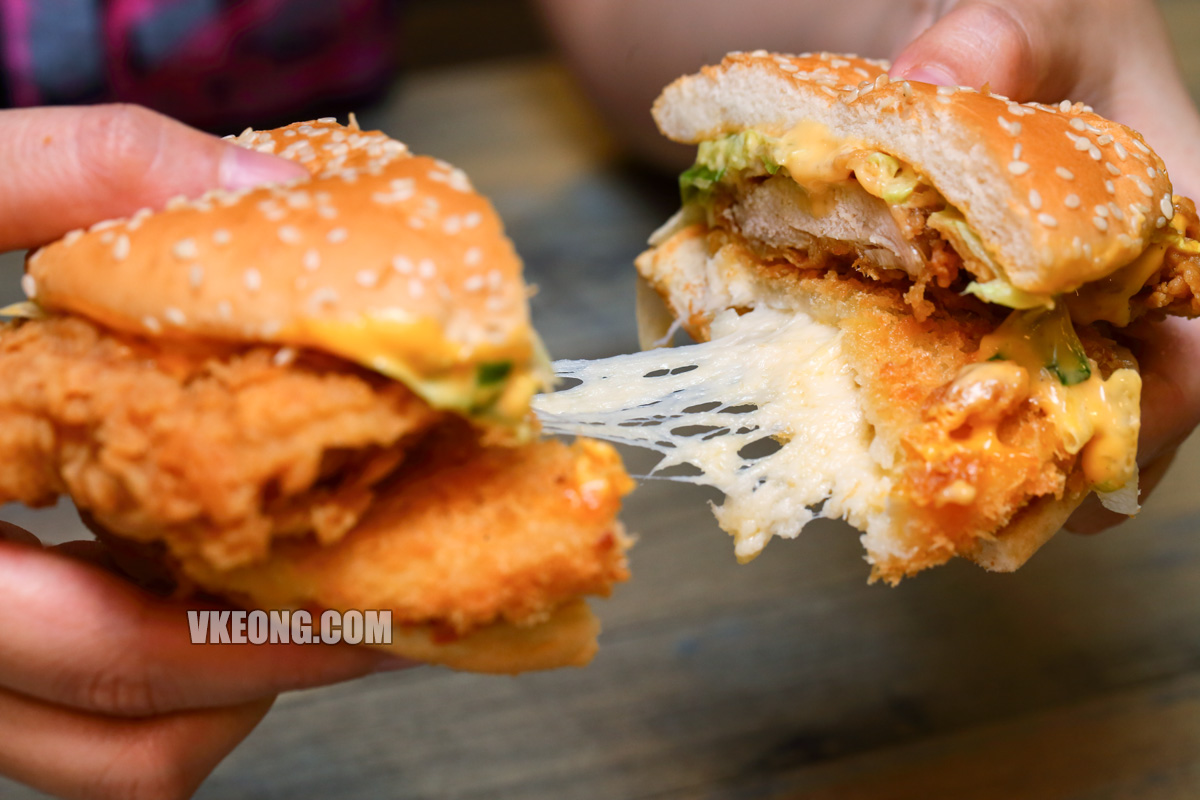 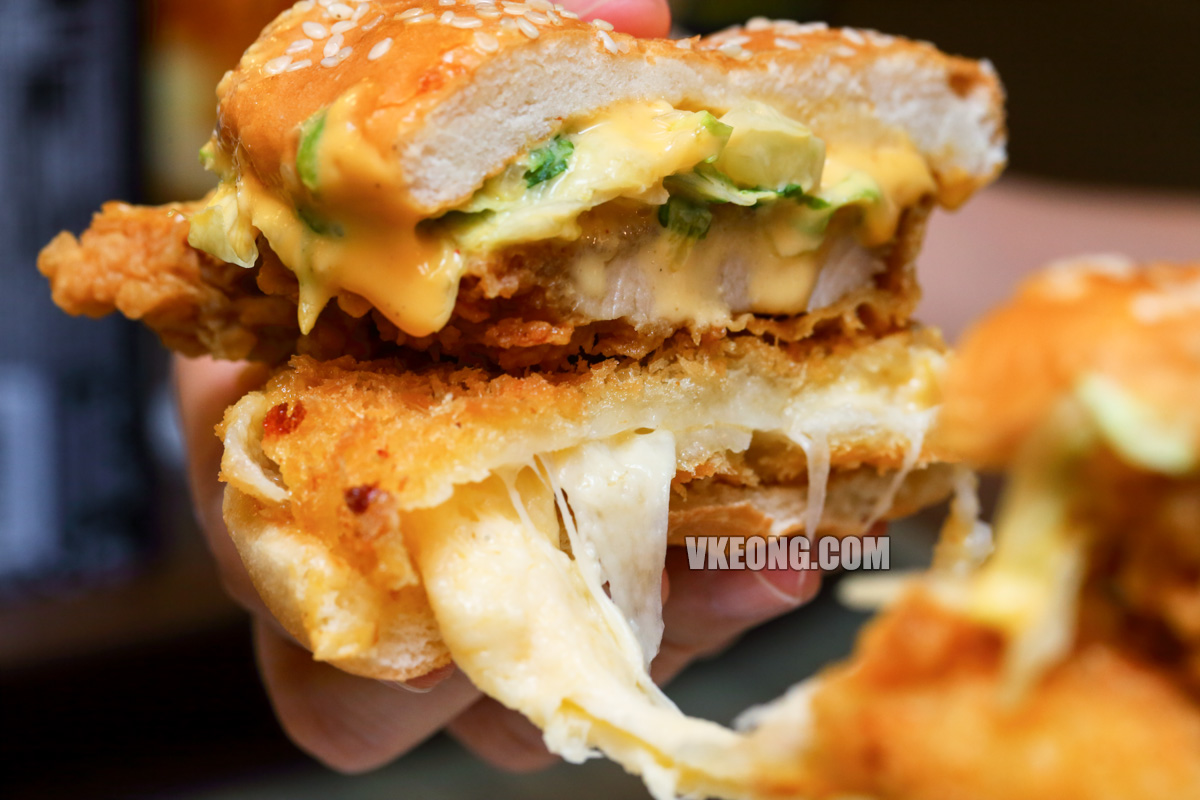 Portion wise you should be delighted to know that it’s huge, like it can barely fit in one hand. The mozzarella cheese patty was also unexpectedly thick and we managed to do the cheese pull even when the burger was lukewarm. 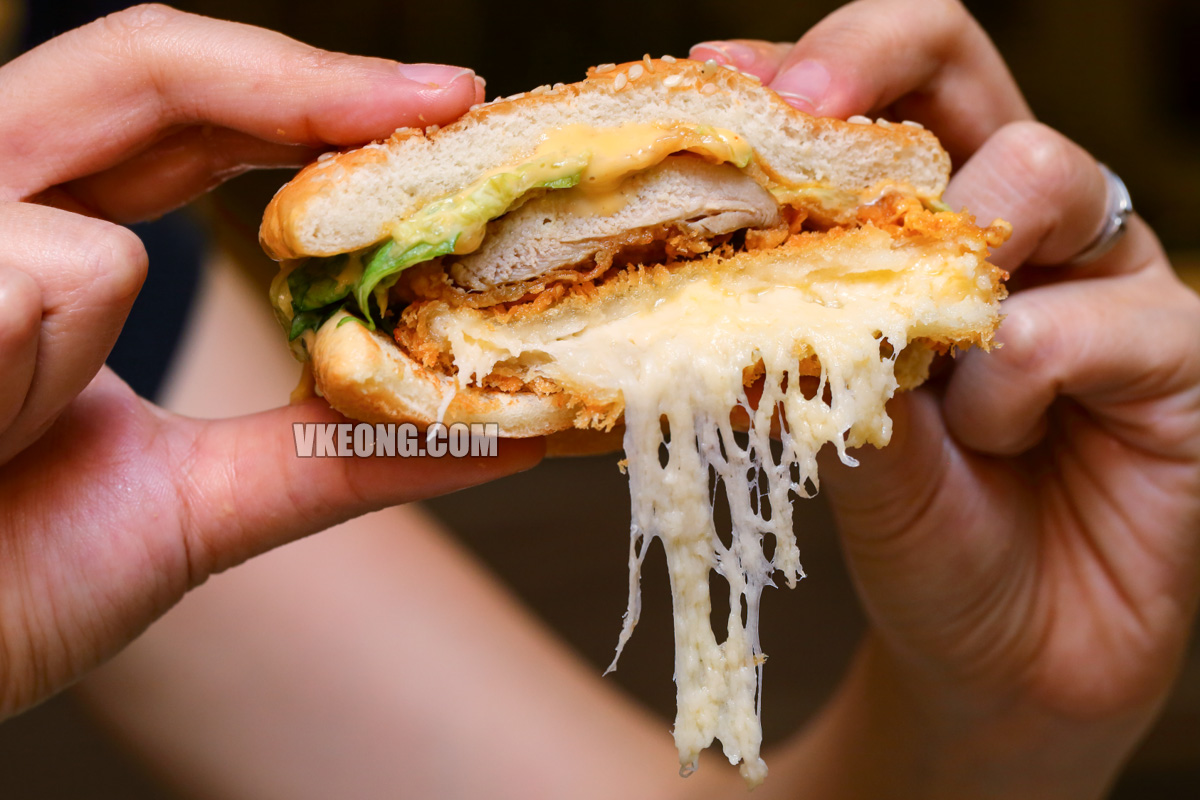 That said, like many chain restaurants, QC is always an issue. Personally, I only get my KFC at Tesco Village Mall because I know the management there is better than the rest and I always get my food hot and in time. The worst branch probably goes to Taman Sri Sinar’s and I have blacklisted that outlet. 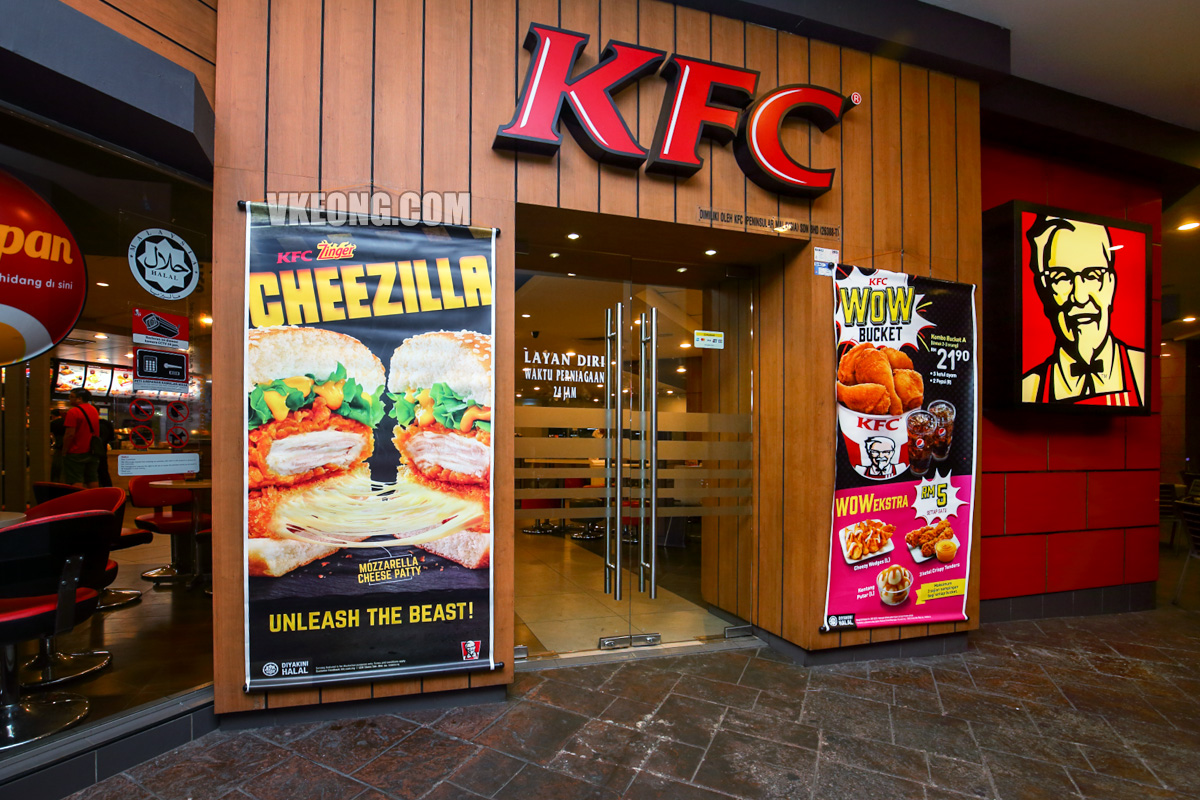 So I guess what I am trying to say is, if you know of a KFC branch that’s good, get your Zinger Cheezilla there to minimize the chances of disappointment.
Zinger Cheezilla is offered nationwide from 22 March 2018 for a limited time only, so check it out at your nearest KFC outlet while it is still available. 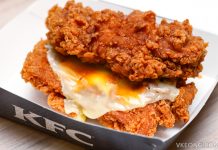