There’s a reason why Kilo Grill is one of the most well-received restaurants in Publika. If Kurata is the best value for money for shabu shabu, then Kilo Grill should be the equivalent for BBQ. 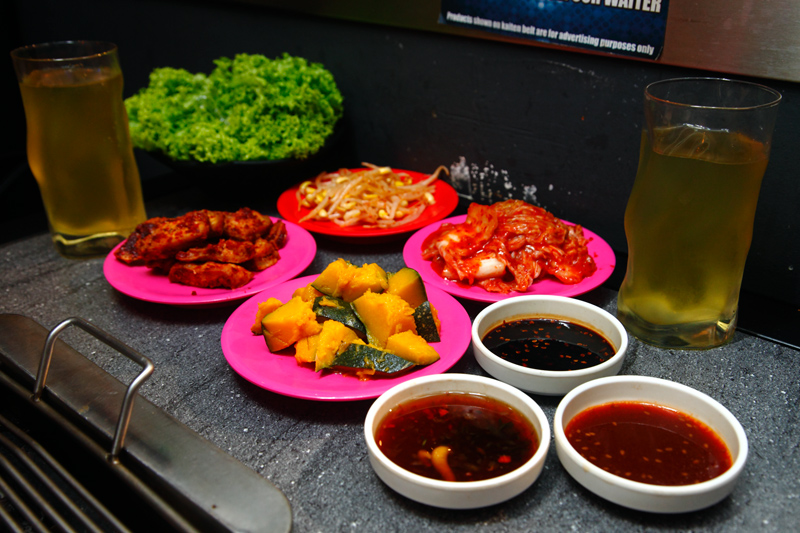 Although Banchan is served before the meal, that does not make Kilo Grill a Korean BBQ restaurant. In fact, the range of premium ingredients they offer makes them more of an international BBQ joint. Expect to see Iberico pork, sashimi grade Argentinian sea prawns, Australian rib eye and Irish oysters on the menu.
If these sound expensive, then their recently launched all you can eat BBQ buffet will be music to your ears and wallet. Priced at RM49.90 nett per pax (RM59.90 on Fri and weekends), you can enjoy unlimited servings of fresh meat and seafood and best of all, there’s no time limit too. 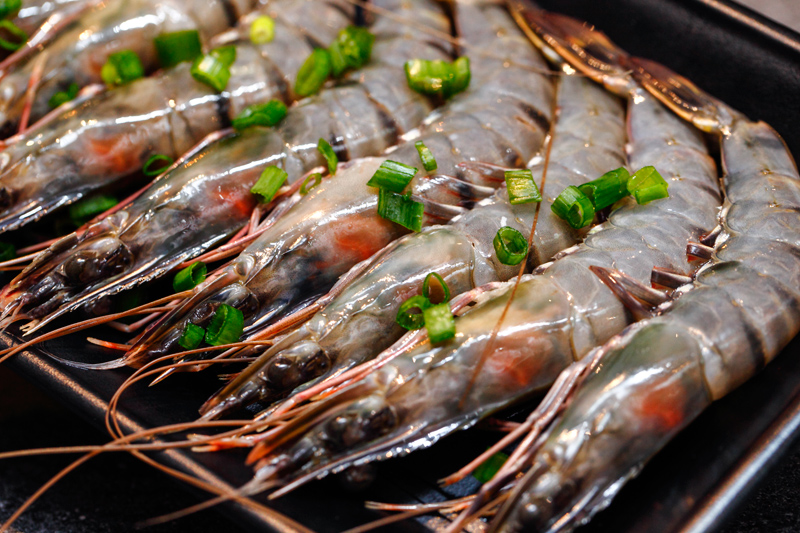 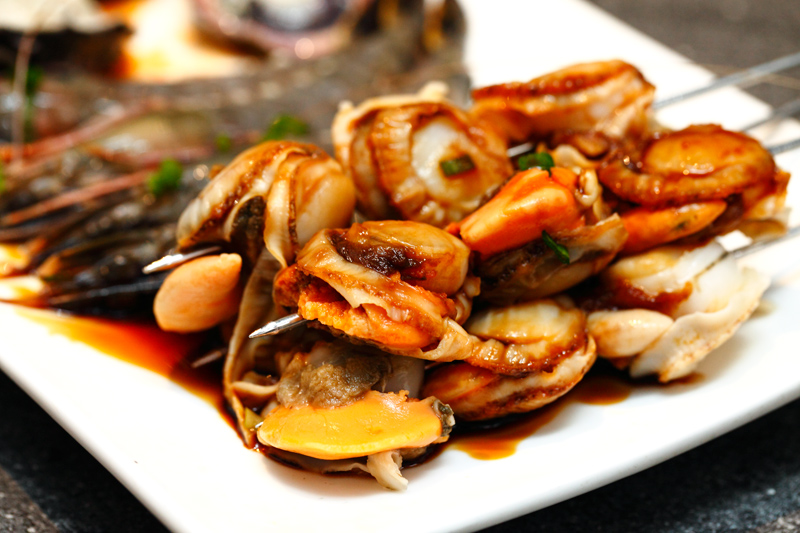 But of course, the special buffet menu won’t feature their best stuff such as Iberico pork and Argentinian sea prawns. Instead, you get high quality local pork and sea (not farmed) tiger prawns, which are really not bad for the price paid. And lets not forget about the big and juicy yakitori scallops too. Oh my, those sweet morsels are just heavenly. 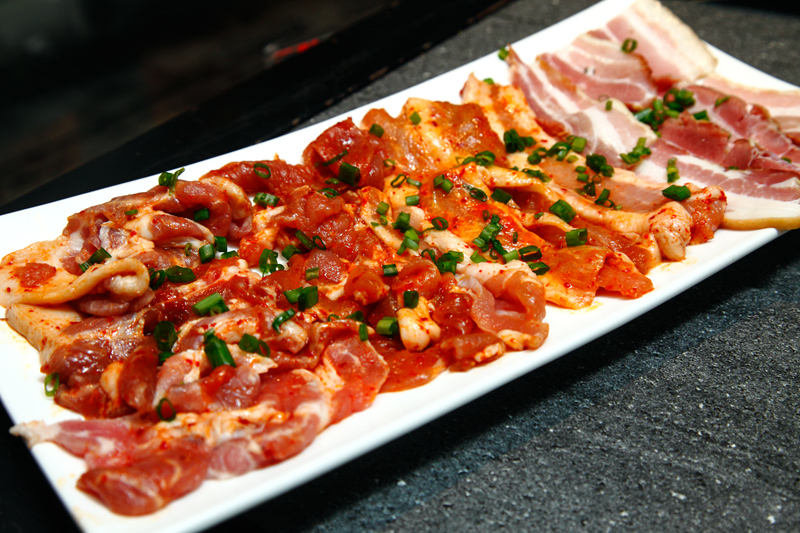 Based on the house’s recommendation, we started with a few top pork cuts such as bacon, pork jowl, pork loin and pork belly. I was never really a fan of bacon so it was my least favorite among all. But the rest was simply awesome and we particularly loved the pork jowl (cheek meat) which was especially tender and delicious. 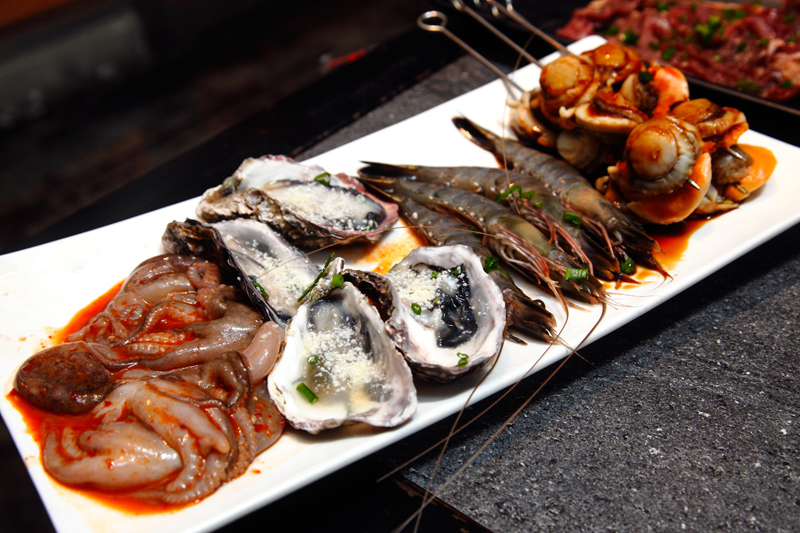 For seafood, we tried everything except for shishamo because of its commonality. If you like fish then you won’t be disappointed with the mackerel. Because of the freshness, it is as good, if not better than what the normal Japanese restaurant could serve – all you need to do is dip it with soya sauce for the perfect taste. The oysters were superbly fresh too, clean and minimally seasoned as not to interfere with their natural flavor. 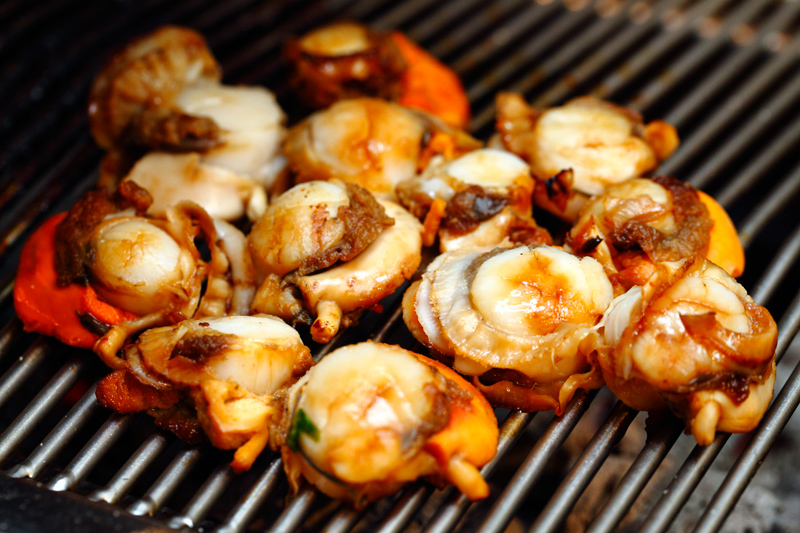 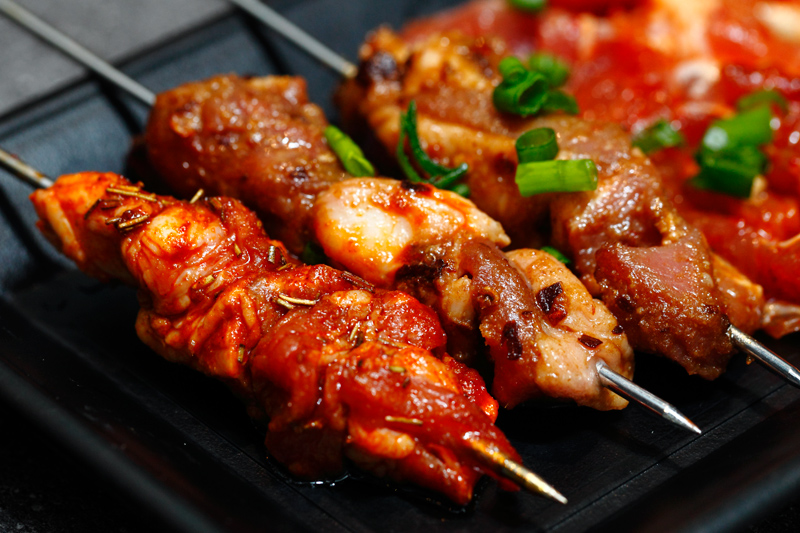 Lamb was alright, it had a satay-like seasoning on them. 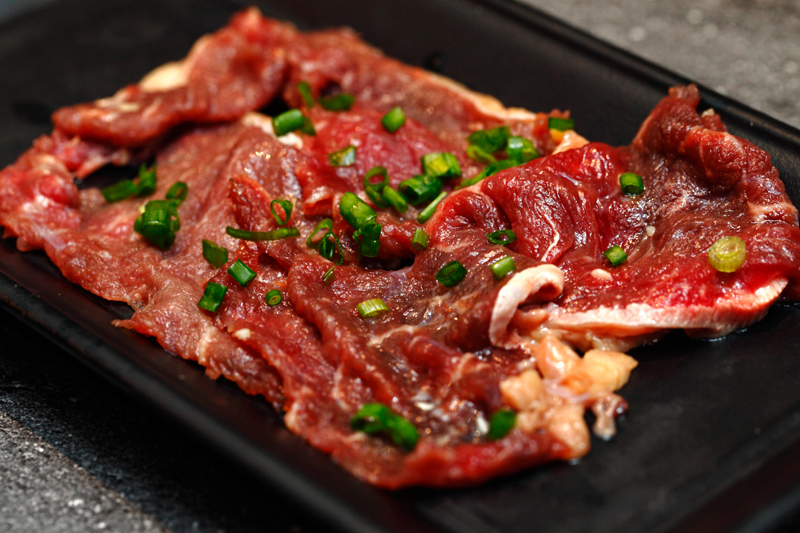 When cooked properly, the rib eye is great; albeit needing a shake of salt for the flavor to shine through. 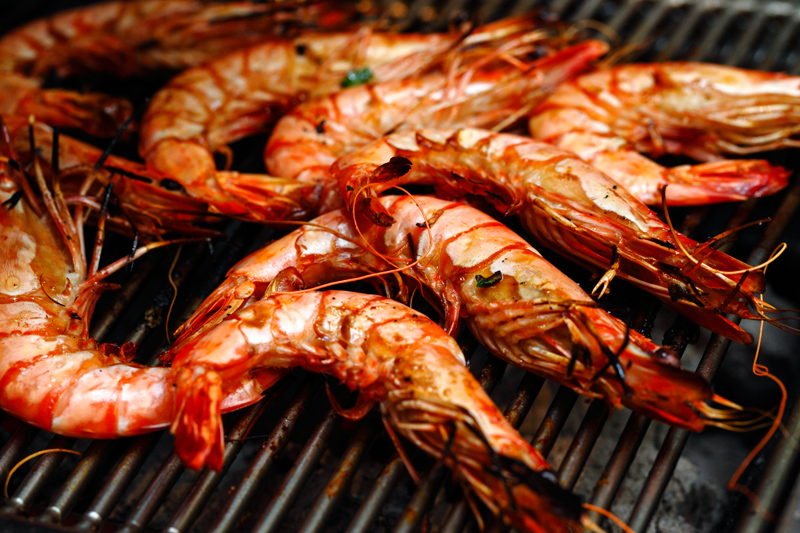 The tiger prawns are naturally sweet and do not require any marinade or dipping sauce. Man, it’s been a while since I had such great tasting prawns at a buffet. 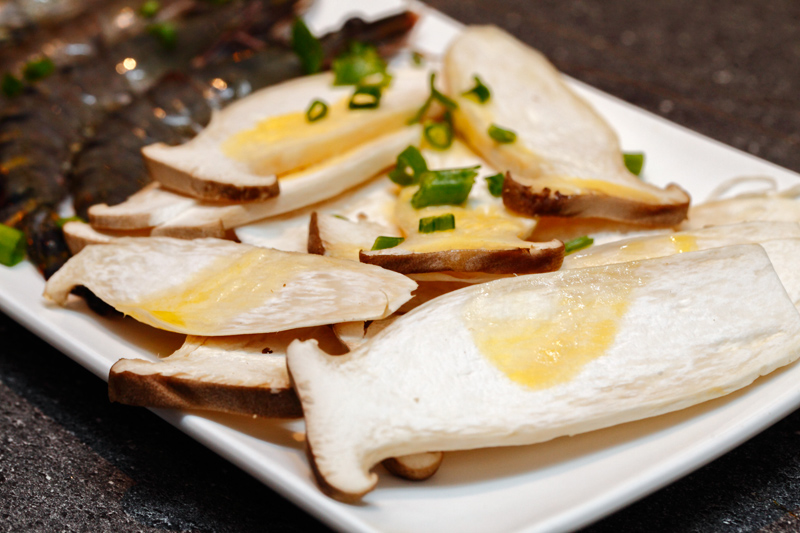 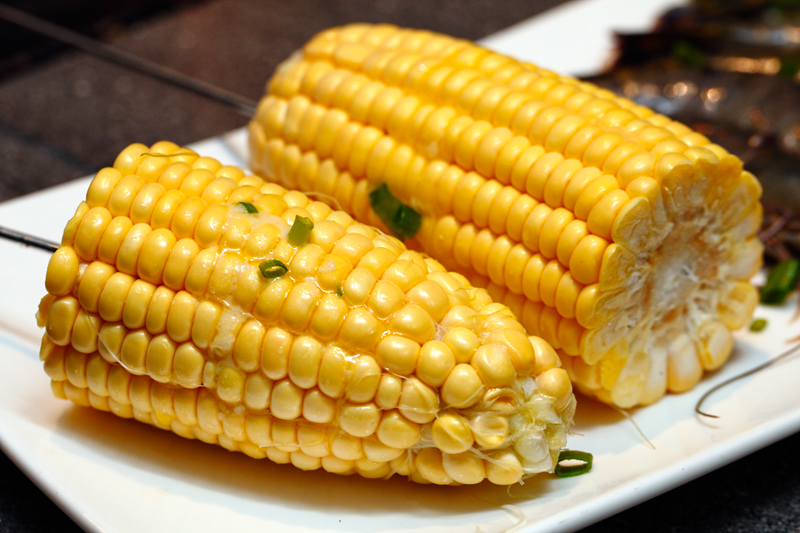 To make the meal less sinful, there are a few non-meat options too. 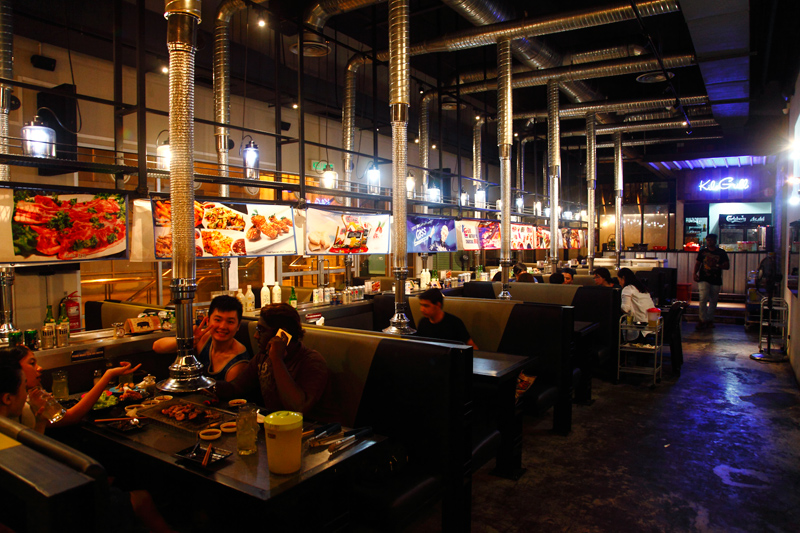 The multinational waiters here are friendly and offer casual service, so they will only drop by to check on you once in a while. I actually prefer that because there would be less interruptions. That said, if you need them for whatever reasons, they are always around and all you have to do is flag them. My advice is to order a few items at once, simply because they will arrive faster. 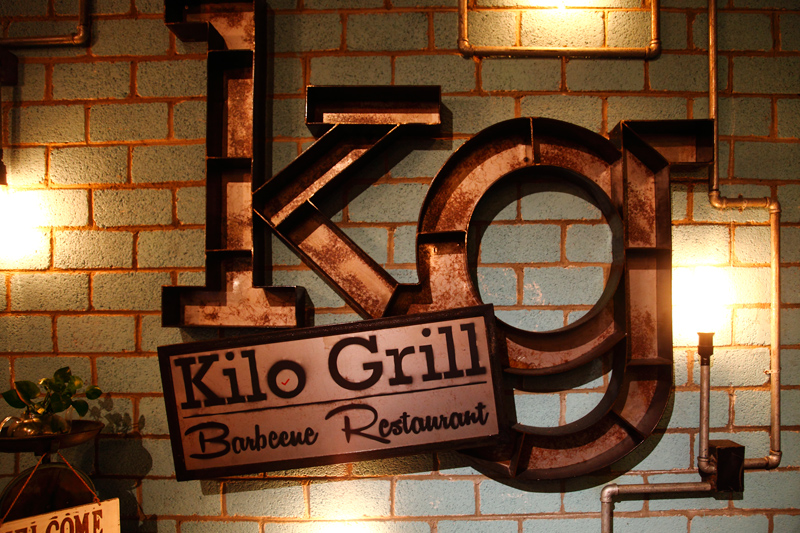 In total, the dinner for the two us cost a total of RM99.80, which is a fair price to pay with all things considered. The only drawback of eating at Kilo Grill would be the BBQ smell on you after you are done with the meal. Which is why they are not open for lunch because who would want to return to the office smelling like that?
Lastly, if you want to try the buffet, you better make a reservation at least one week before due to their extreme popularity. In our case, we were lucky enough to be able to walk-in without a reservation on an unusually not-so-busy weekday evening.