Finding an Izakaya in KL is not difficult, as there are a number of them sprawl over the city. But for a change of flavor and environment, Sola-Pocha, a PojangMacha (Korean bar) could very well be what you are looking for. The bar’s chosen name is simply an amalgamation of the words Sola (Solaris Mont Kiara, where it’s located) and Pocha (short form for PojangMacha) – it all makes sense! 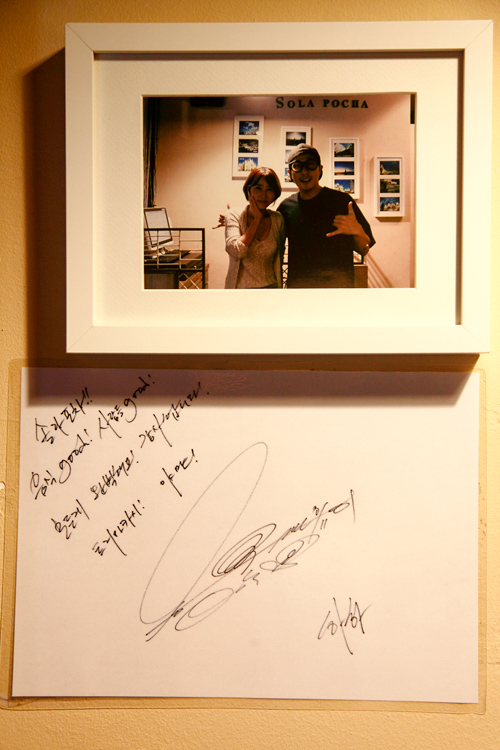 Koreans run the business and 90% of their customer base is Korean as well. If you ask me, that’s a good indication of things to come. The bar was even visited by Haha of Nonstop and Running Man fame. 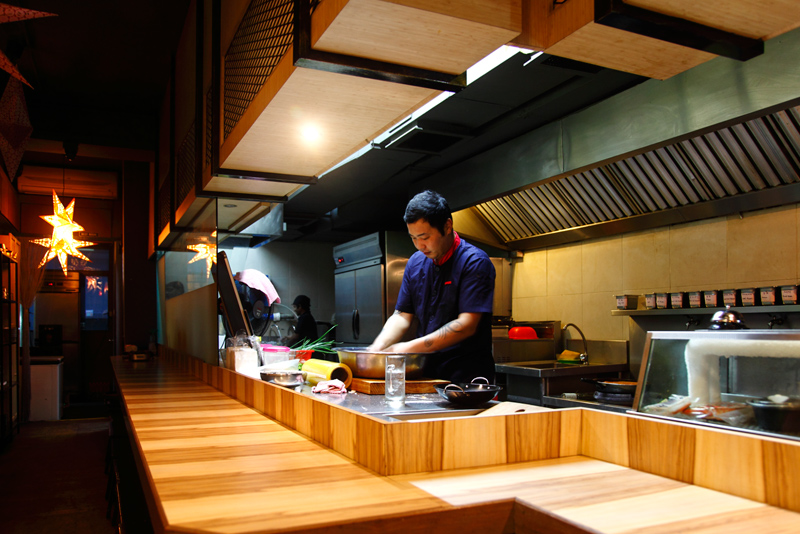 As soon as you enter the bar, you will be greeted by an open kitchen with sushi bar like seats. The chef who designed the menu was actually plucked from Singapore by the owner – simply because he can cook and it shows in his food. 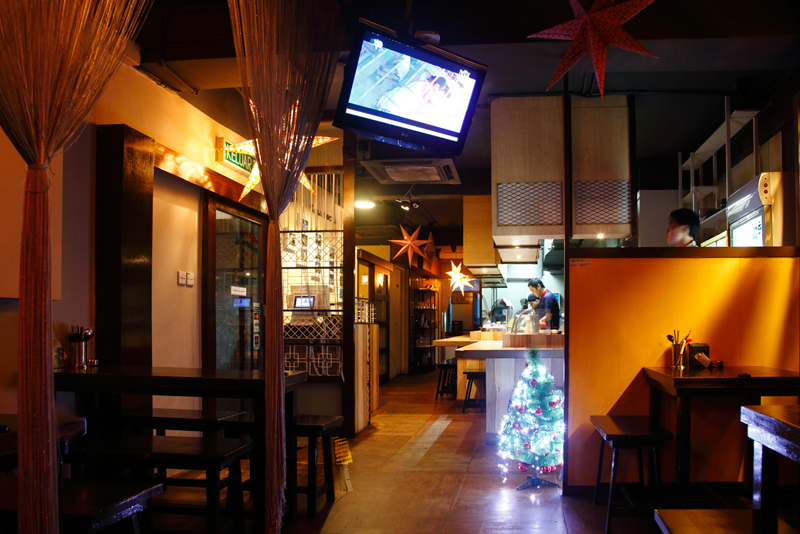 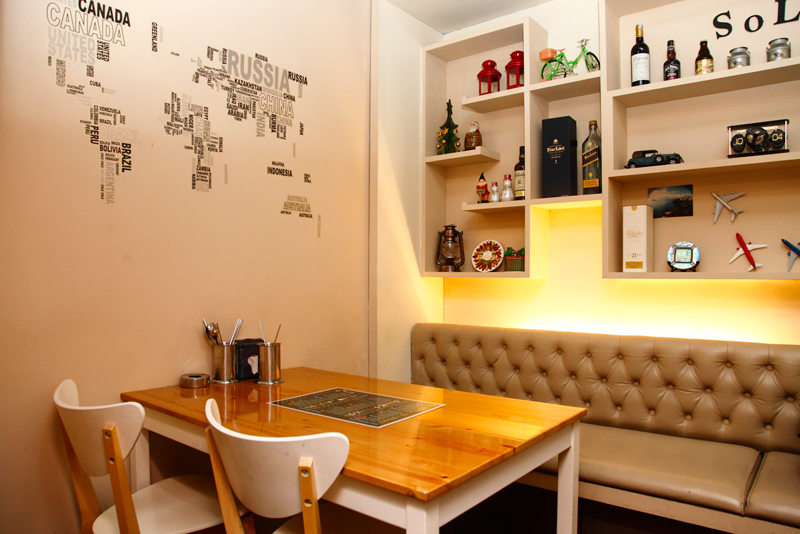 Depending on the occassion there’s a common dining area for a more atmospheric experience, while a private room that seat up to 10 people can be utilized for an intimate evening. If you choose the latter, your privacy is highly valued and the staff would only enter if you buzzed for them, or when they are delivering your food and drinks. 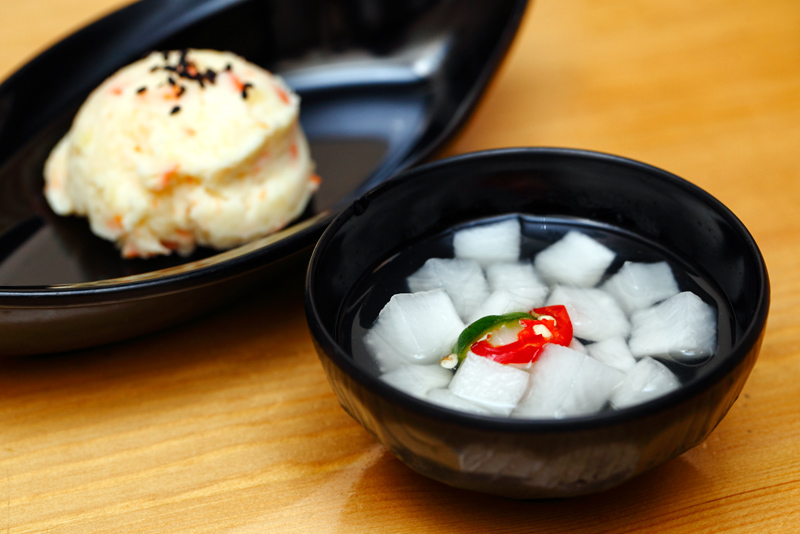 Some cold appetizers which look unassuming but man are they tasty. Refillable too! My favorite was the pickled turnip cubes, they are pretty addictive stuff! 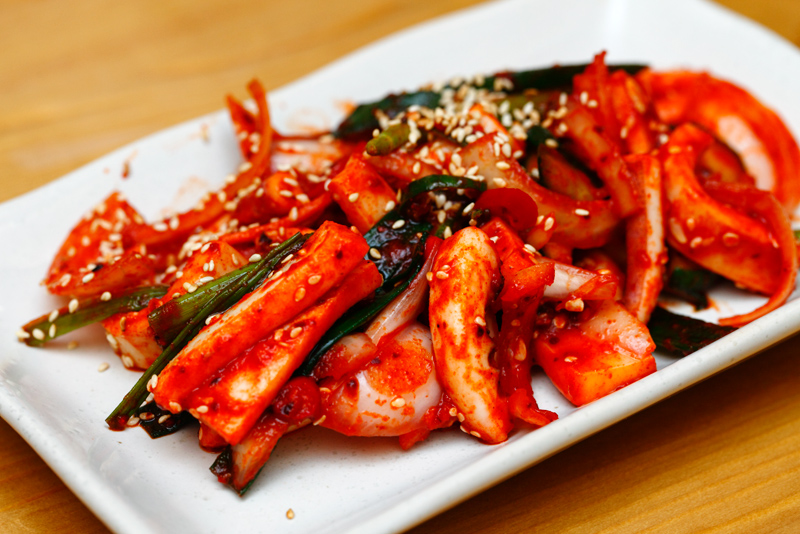 I am not sure whether this is in their menu because it was on the house – something to keep us munching while waiting for our food to arrive. From what I tasted, it seemed to be a spicy squid salad. 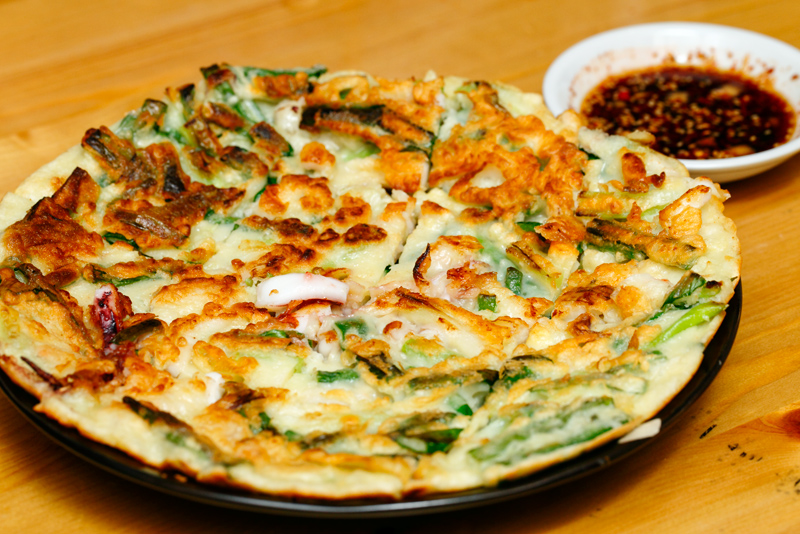 The first dish we had was the Seafood Green Pancake (Haemul pajeon) @ RM45. It was seriously good and so much better than all the Korean pancakes I had previously which were usually greasy, soggy and chewy. This one was totally the opposite. 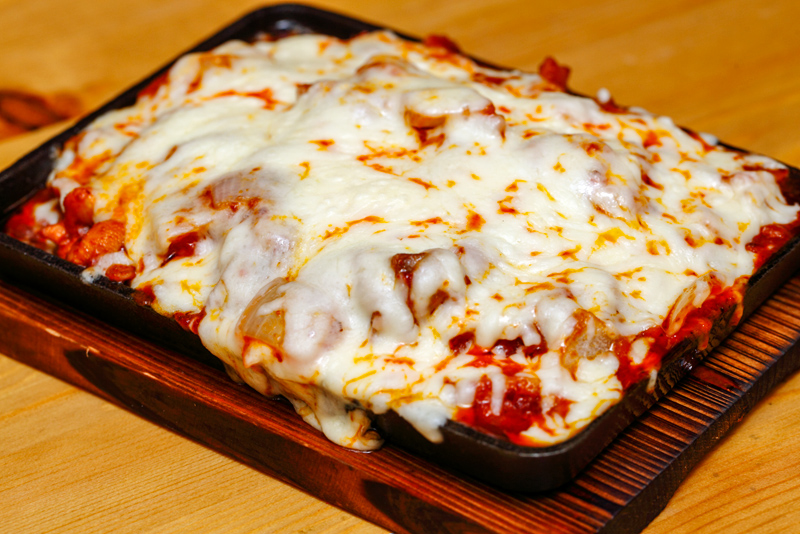 If you like spicy food then you won’t go wrong with the Cheese Buldak @ RM45. Described on the menu as “very spicy”, I have to say the description was spot on.
It was really spicy and could be a challenge to finish for those who have a relatively low tolerance for spicy food. But for us, the balance of cheesiness and heat was just perfect and simply lip-smacking delicious. 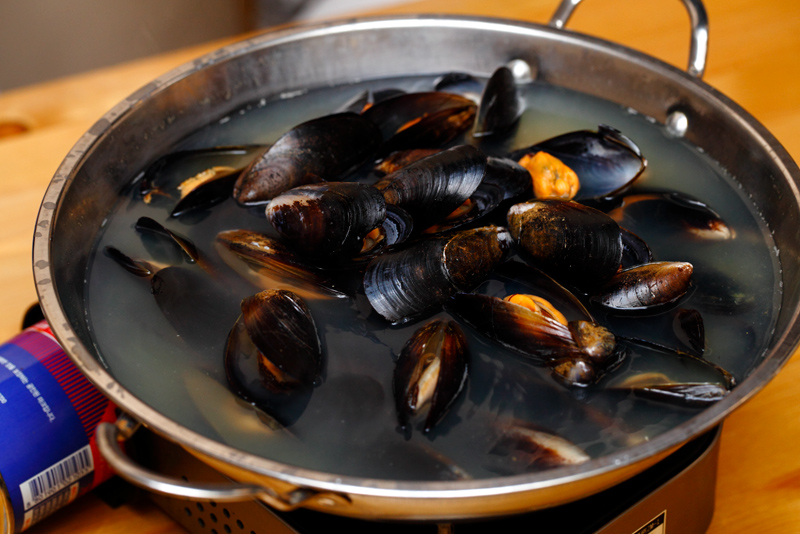 Mussel Soup (Honghap Tang) is something new to us but we were glad we ordered it. Price at RM55, you get a huge pot of mussels cooked in a clear broth that’s both spicy (spiced up with cili padi) and moreish. Plus, the mussels were fresh and enjoyable too. 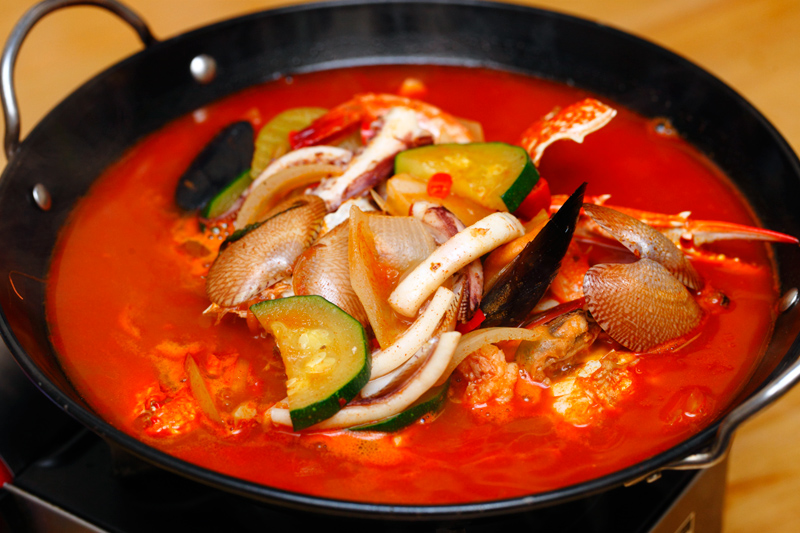 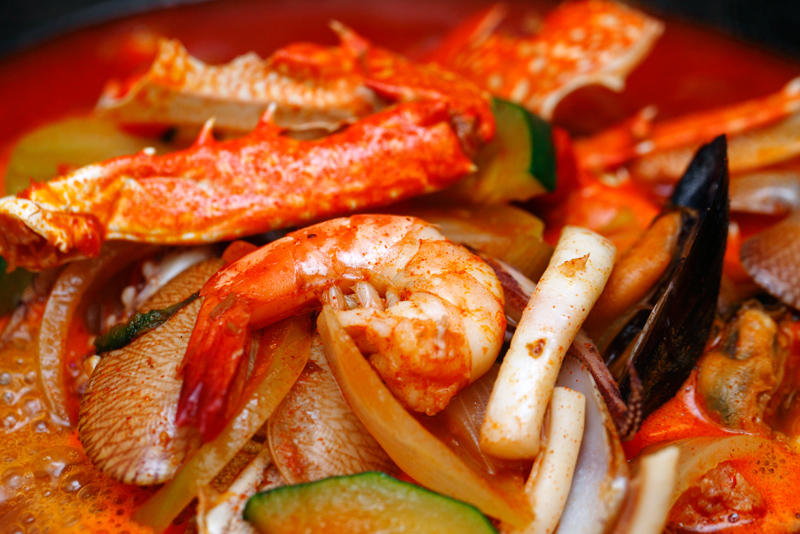 Another soup worth trying is the Chinese Style Seafood Soup (Jjambbong Tang) @ RM60. Although it shares zero similarity to any Chinese soup I have had before, it was tasty enough to be recommended.
Brimming with prawns, flower crabs, clams, cuttlefish and mussels, the soup is loaded with savory seafood flavor accompanied by a spicy and sourish tang. In fact, it tasted almost like a spicier version of prawn noodle soup due to the high amount of shellfish used. 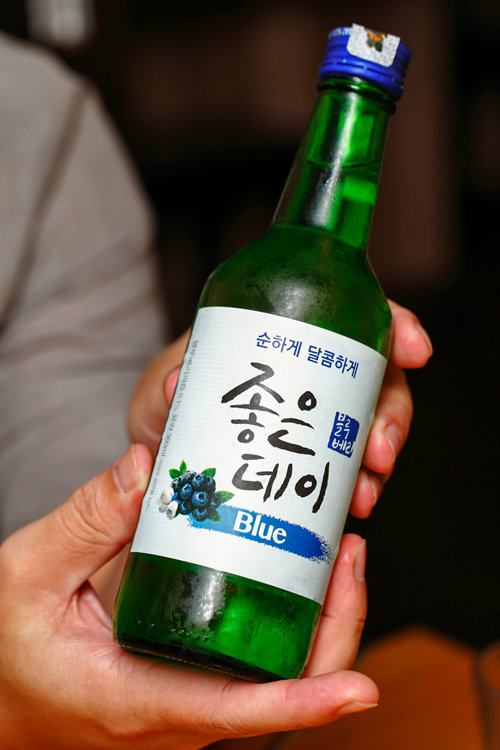 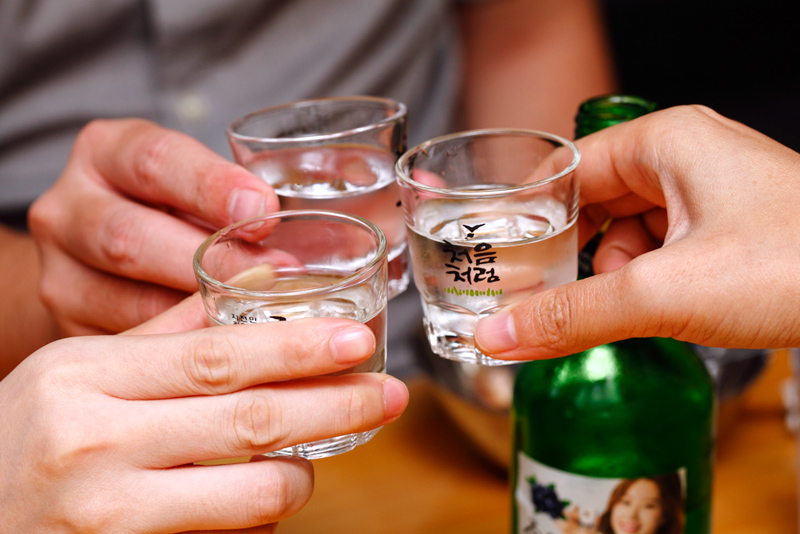 As for drinks, there are more than a handful of selections including Soju, Makgeolli, Baekseju, Bokbunja and a couple of cocktail soju. Since we are not heavy drinkers, we had a Joheun Day Blue Soju to share. 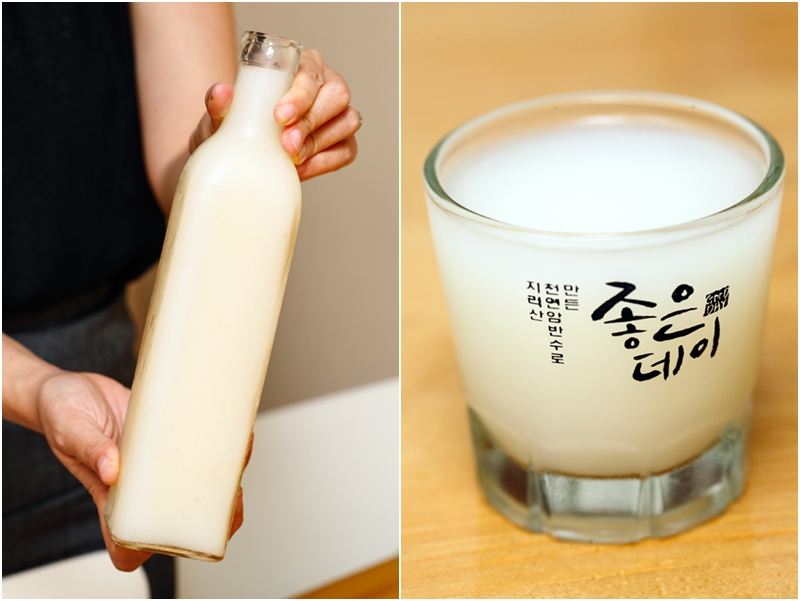 Considering most of the soju and wine available here can be purchased at any Korean marts, their homemade cocktail soju will be something more special to try. Shown above is their Yogurt Soju @ RM35.
Be warned though, despite its drinkability the alcohol level of the cocktail soju is actually higher than the normal bottled soju. You might actually get drunk faster than you realize. 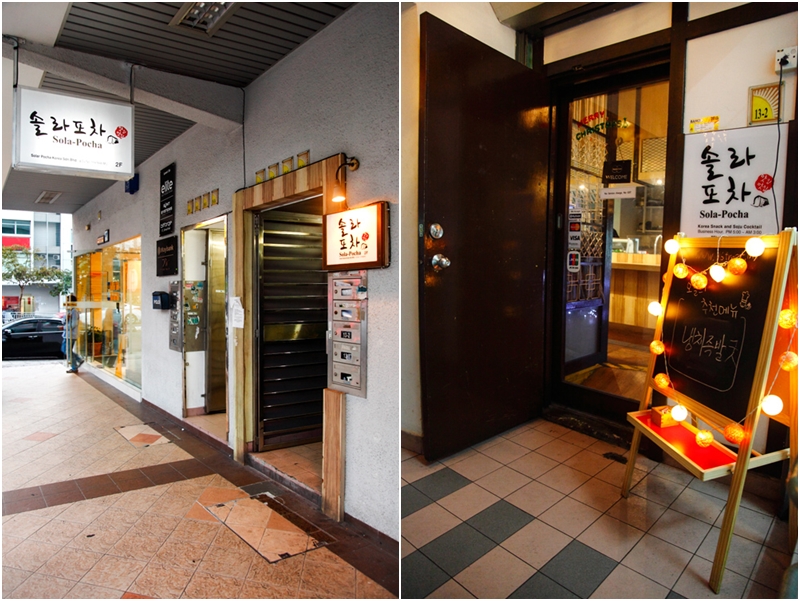 All in all, we enjoyed ourselves and before we knew it, we had been chatting over food and drinks for hours. Time sure passes by quickly when you are having fun!
The only downside I can think of here is the price, as some dishes’ prices require fine tuning to justify their worth. That said, there’s no GST or service charge so the prices shown are nett. 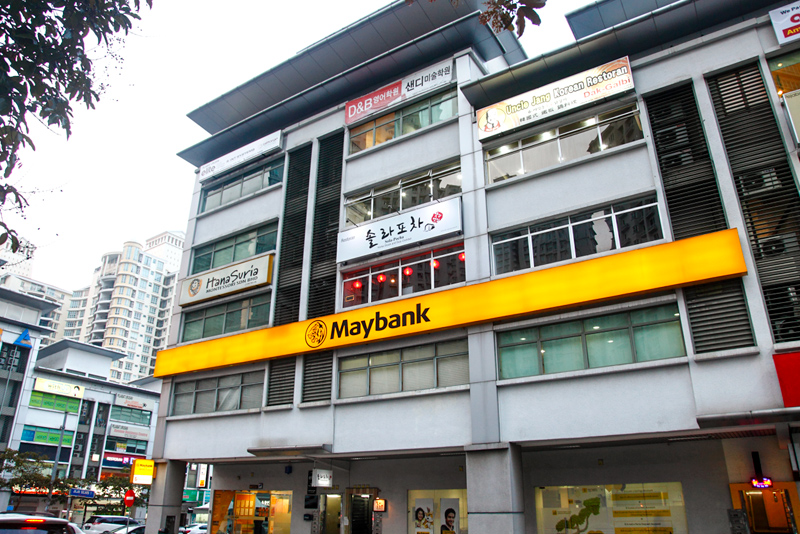 The easiest way to look for Sola-Pocha is to locate the Maybank at Solaris Mont Kiara, as they are located just one floor above it.