For a small city in Japan, Sakai is full of good and inexpensive food. After our satisfying lunch at Ginshariya Gekotei, we took a leisurely walk to Kan Bukuro for dessert, specifically walnut mochi or also known as Kurumi Mochi. 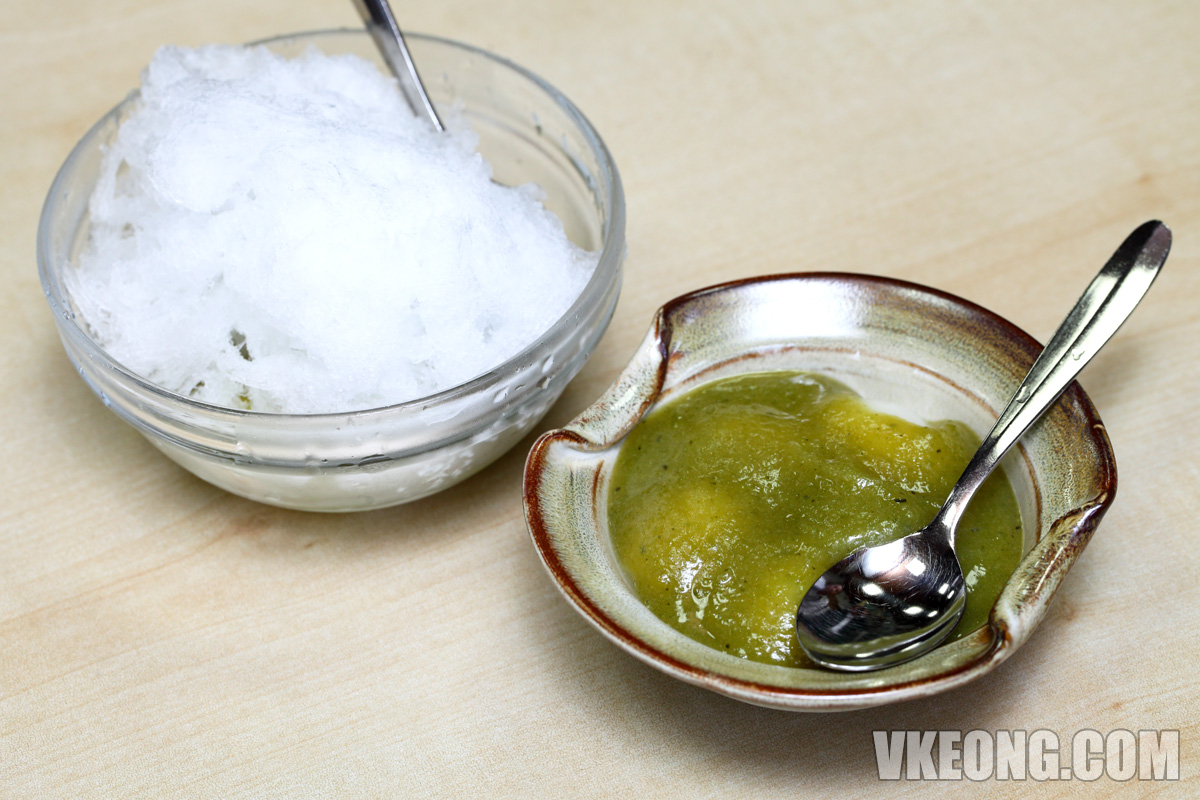 While Kurumi Mochi is quite common in Japan, the way Kan Bukuro serves it is uniquely available only in Sakai. The mochis are topped with green walnut paste and can be enjoyed either warm or cold even during winter. A small serving costs 360 yen and the portion is just nice for one. 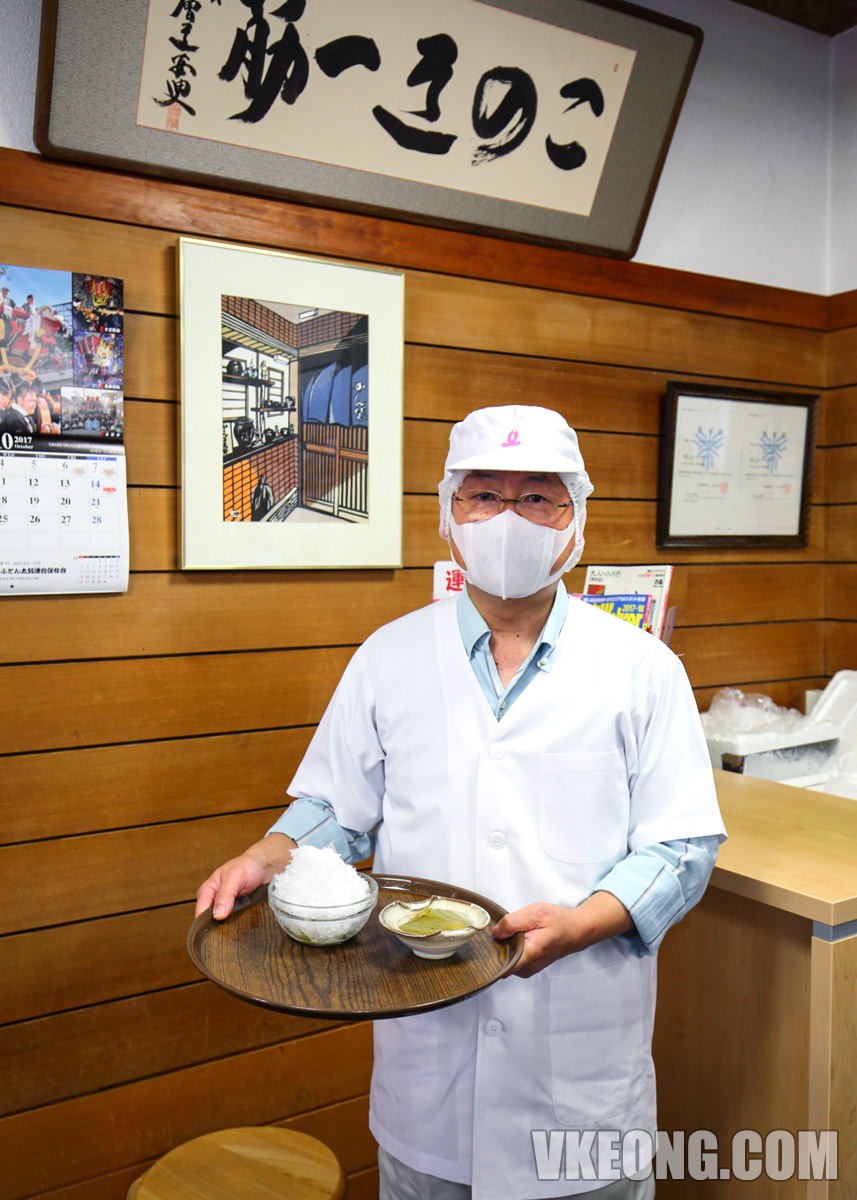 Based on what I was told, the current owner Mr.Fumio Imaizumi (pictured above) is the 27th generation of the family which started making these rice cakes approximately 450 years ago.
After 4 centuries, the only thing that changed in the recipe was that salt was substituted with sugar after it became widely available. So Kurumi Mochi was a savory dessert when it was first made. 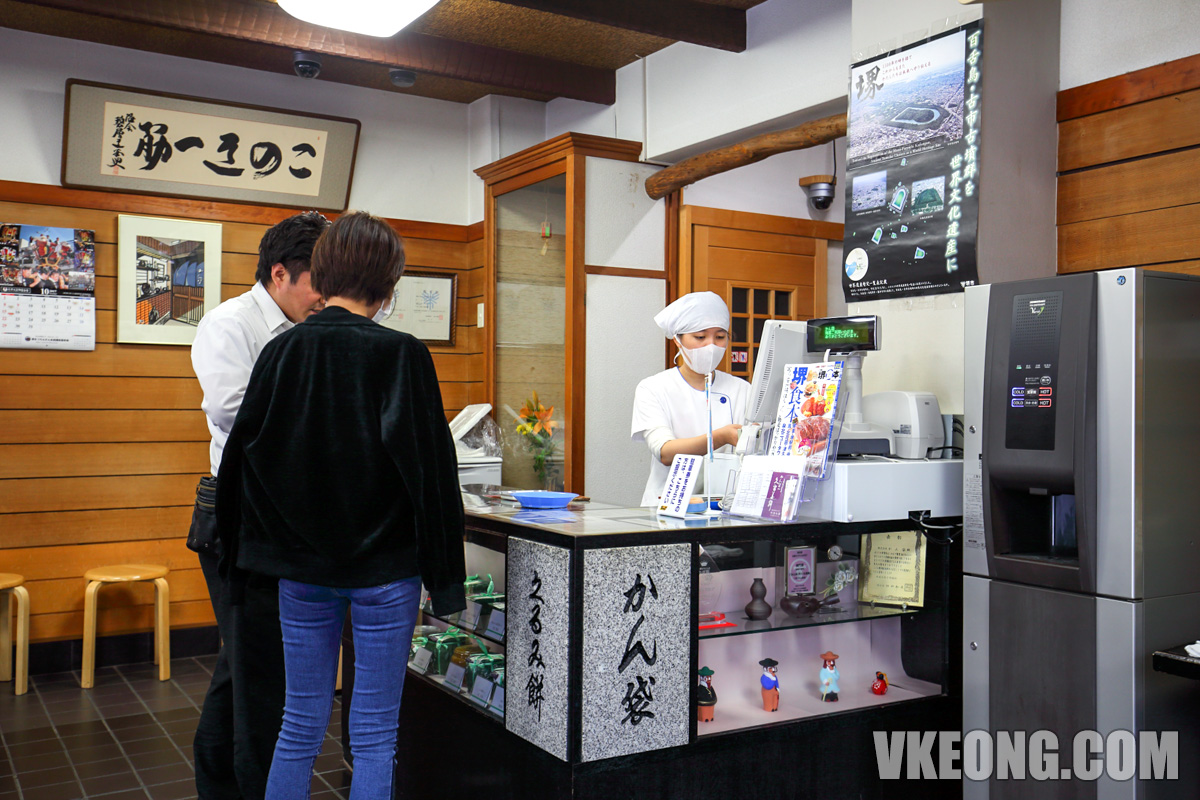 Ordering is pretty straight forward considering there’s only 1 item on the menu. If you don’t speak a word of Japanese the old point and smile thing works perfectly here. 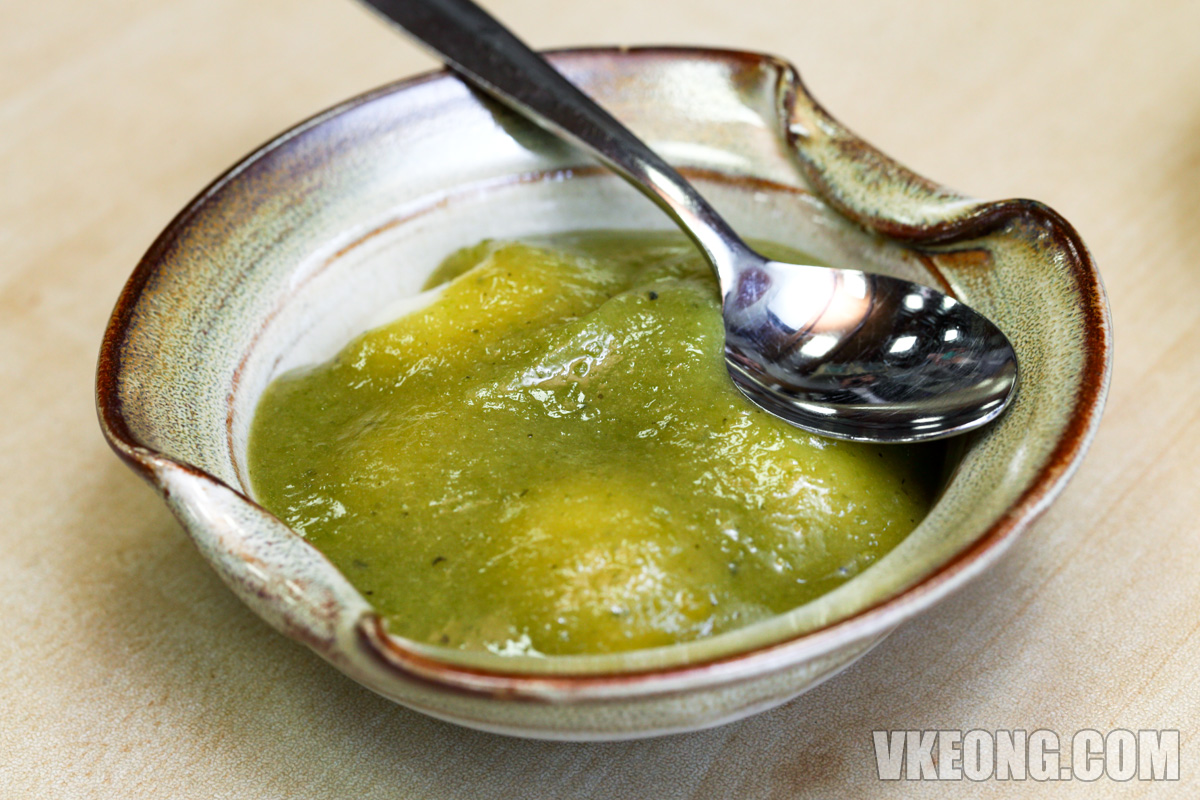 Both the warm and iced version of Kurumi Mochi are equally delicious because they are essentially the same thing, just that the latter is topped with shaved ice. But if you only have a limited budget or stomach space, opt for the warm one to fully enjoy the walnut paste’s flavor. 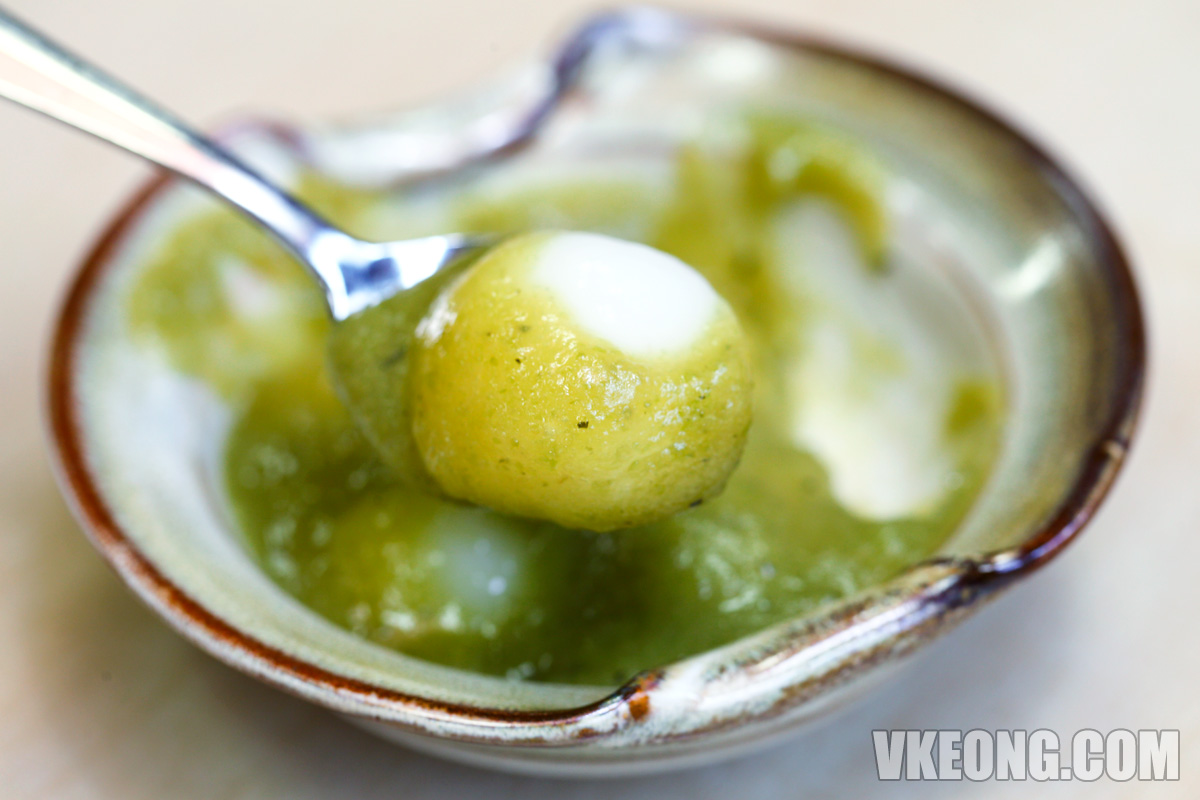 The walnut paste has a rich and creamy texture that’s similar to sweet mung bean paste, minus the dryness. To be honest I have never been a fan of mochi but this might be the first one that I actually liked and would highly recommend. 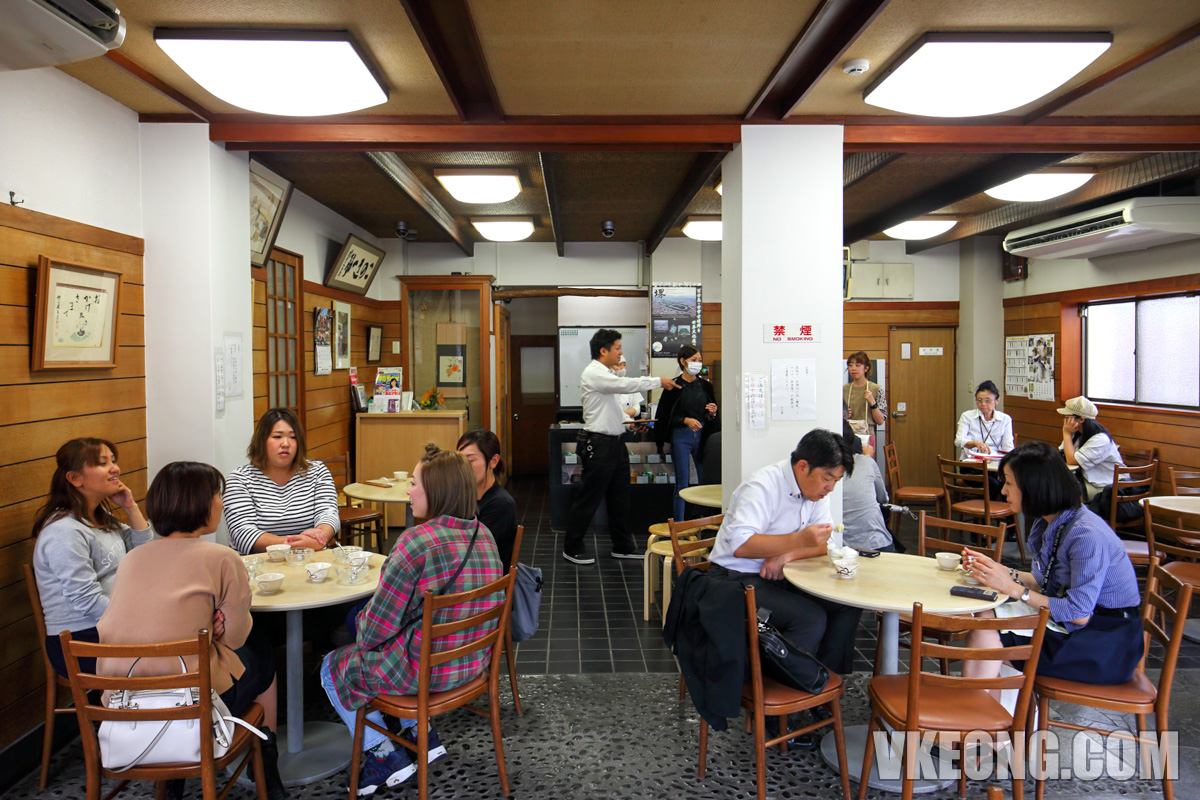 Kan Bukoro is also accessible by the city’s rickety tram operated by Hankai, which is the one and only streetcar in Osaka. You could alight at the Terajicho or Goryomae stop and the shop would only be 3 minutes walk away. 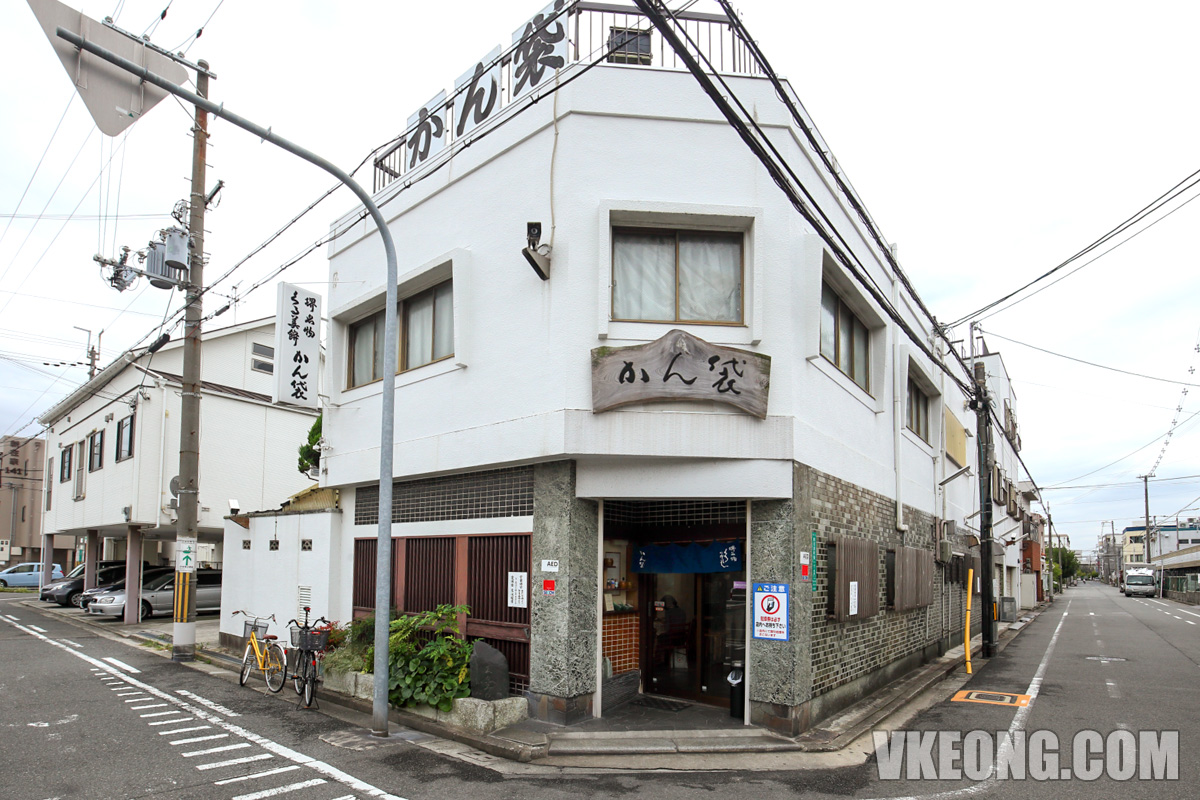