La Famiglia is an Italian mafia themed food truck that specializes in pasta. It used to station itself at SS15 and Damansara Heights but has since found a permanent spot at TTDI. 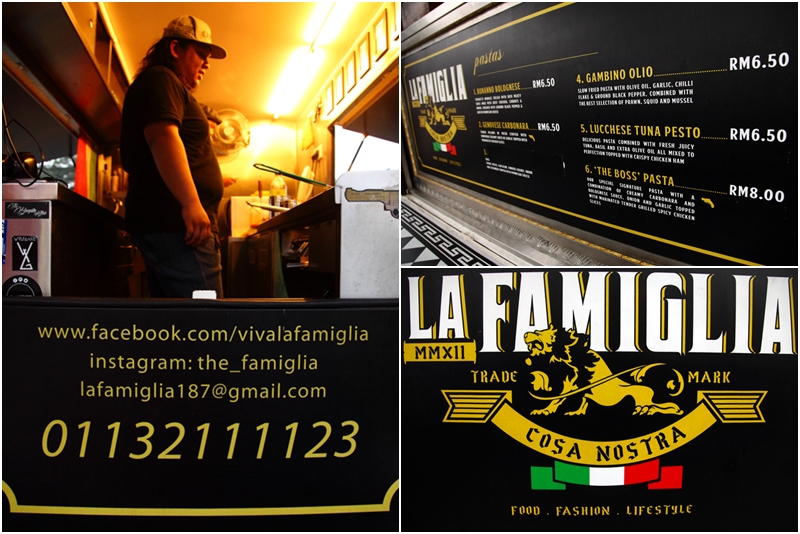 Since it’s a food truck with limited cooking capabilities, there are only a few pastas and two potato-based snacks to order. Price wise they range from RM5 to RM8, reasonable enough for a quick no-frills bite. 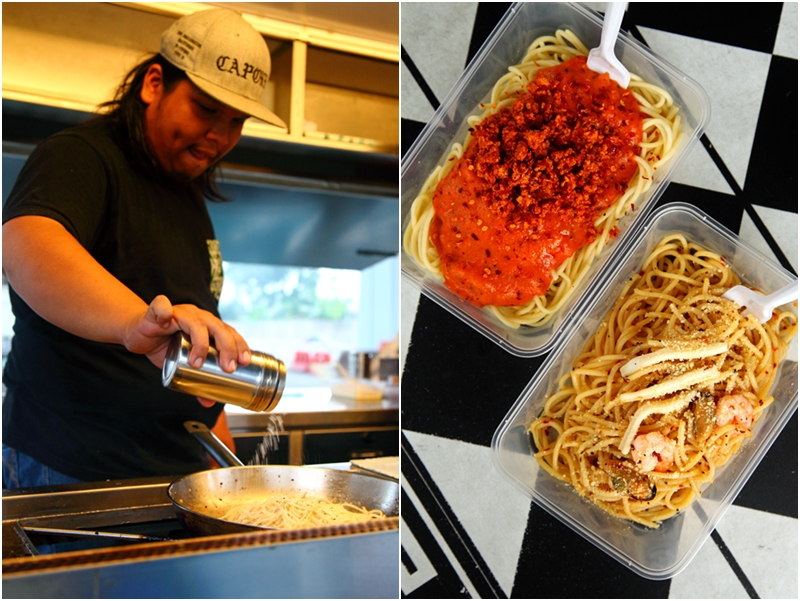 From what we observed, only spaghetti is available here so don’t expect anything else like angel hair or fettuccine. The pasta is cooked from scratch upon order so you will have to wait for a few minutes to be served. We tried two pastas – the Gambino Olio @ RM6.50 and ‘The Boss’ @ RM8. 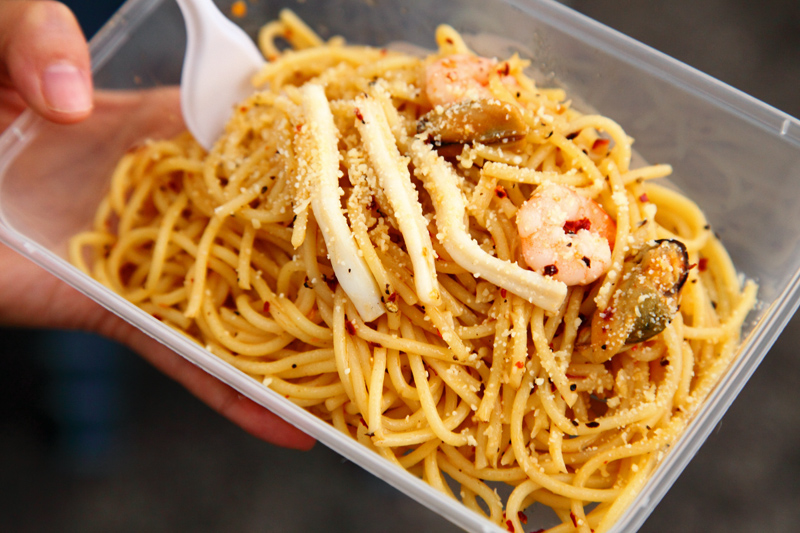 The Gambino Olio is a light and refreshing pasta that comes with a handful of seafood such as prawns, strips of squid and mussel. Our pasta was not overcooked (we specifically told them not to) so it was firm with a bite. A dash of black pepper and chili flakes gave it some nice heat so it wouldn’t taste so one dimensional. 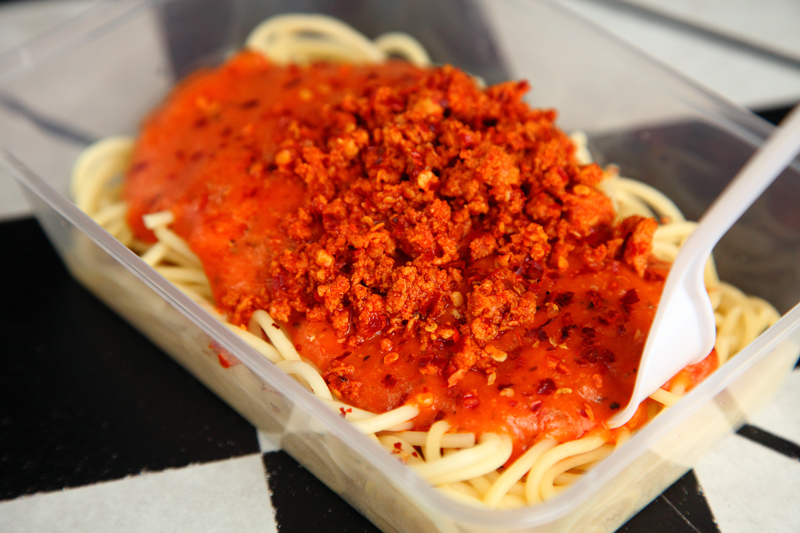 ‘The Boss’ is La Famiglia’s special signature pasta that truly deserves its reputation. It is topped with spicy grilled chicken and a unique combination of both Carbonara and Bolognese sauce which gives it a savoury yet not overly rich taste.
While looking up some information on La Famiglia, I noticed that they used to serve the chicken in chunks instead of minced like what you see. Personally I think minced chicken is better because it coats the pasta more evenly. 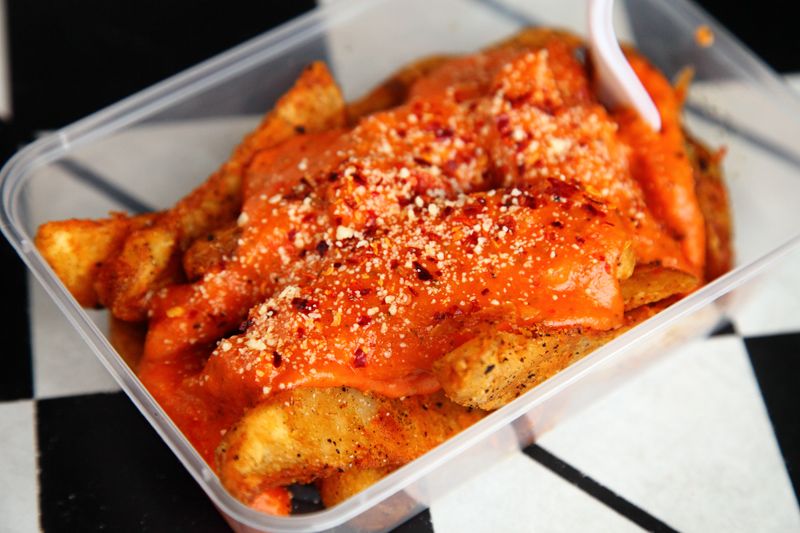 We also tried their Omerta Wedges @ RM5 but found out later from a friend that the Luciano Pizza Fries is a better option. Nevertheless, the wedges were good and more importantly, the price is a steal for the portion that you’re getting. If you love wedges I am pretty sure you’d like this as well. 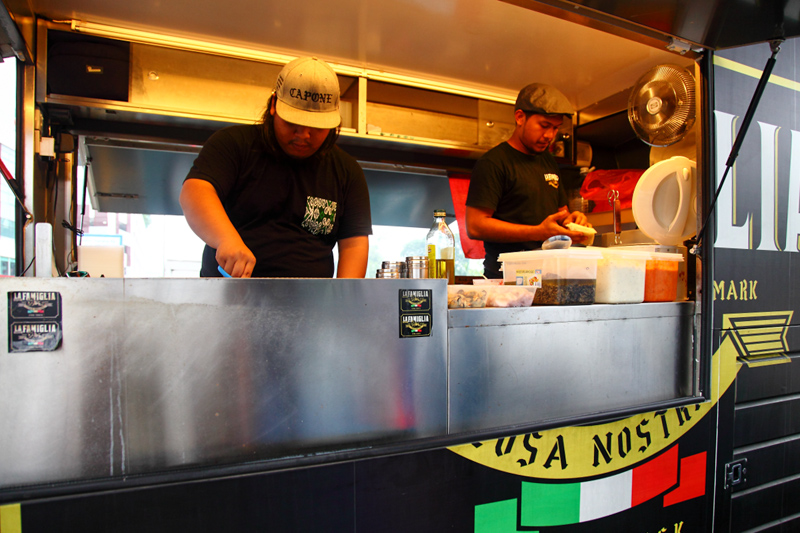 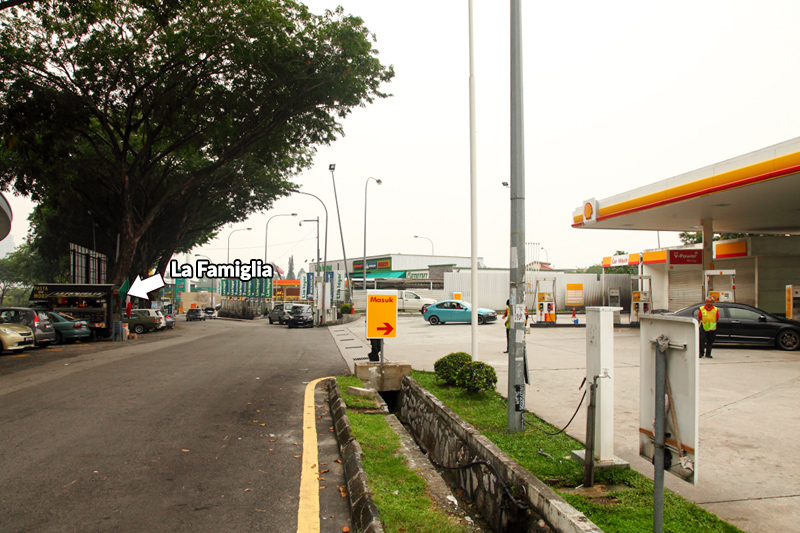 The easiest way to locate La Famiglia’s is to look for the Shell station along Pinggiran Zaaba. The food truck is parked across the station in one of the parking lots, just refer to the pic above. 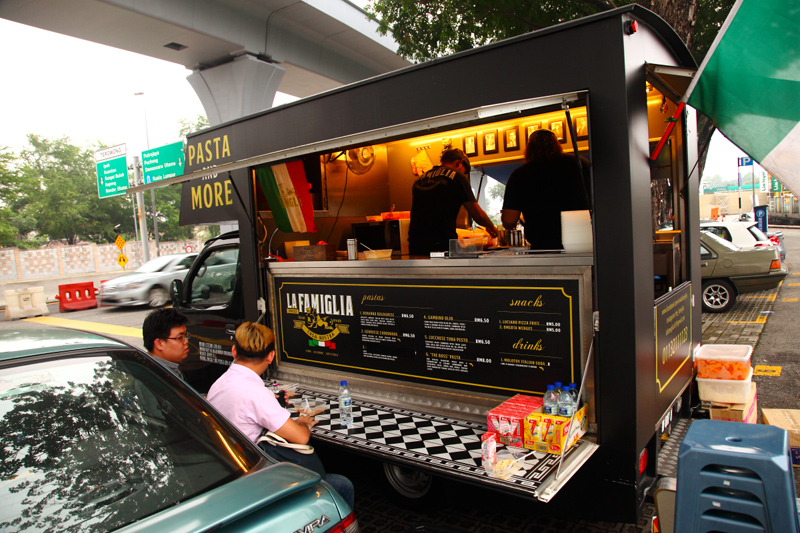