As one of the oldest and well-known Italian restaurants in KL, La Risata is still thriving and remains a favorite for its hearty classics and wood-fired pizzas. Their first outlet opened in Ampang way back in 1996, followed by a branch in Bukit Damansara three years later. 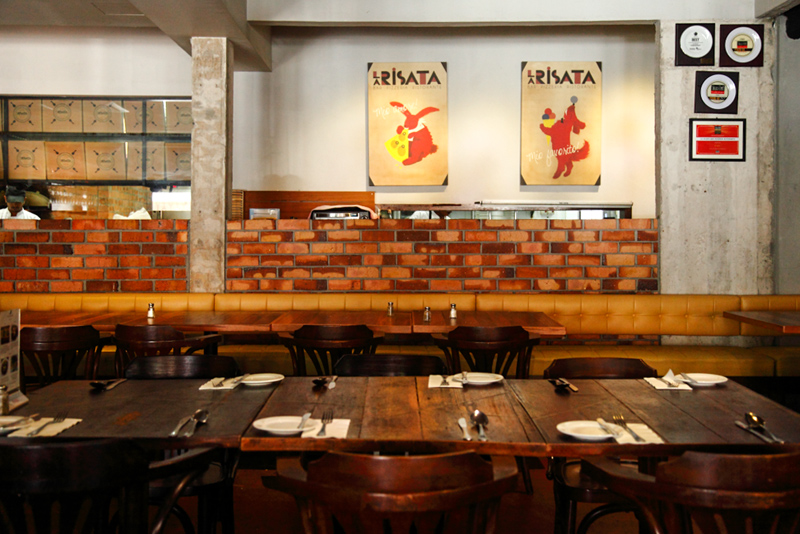 It might seem like a fine dining eatery, but La Risata is in fact casual and rustic, features an open kitchen and quality food is offered at value pricing. 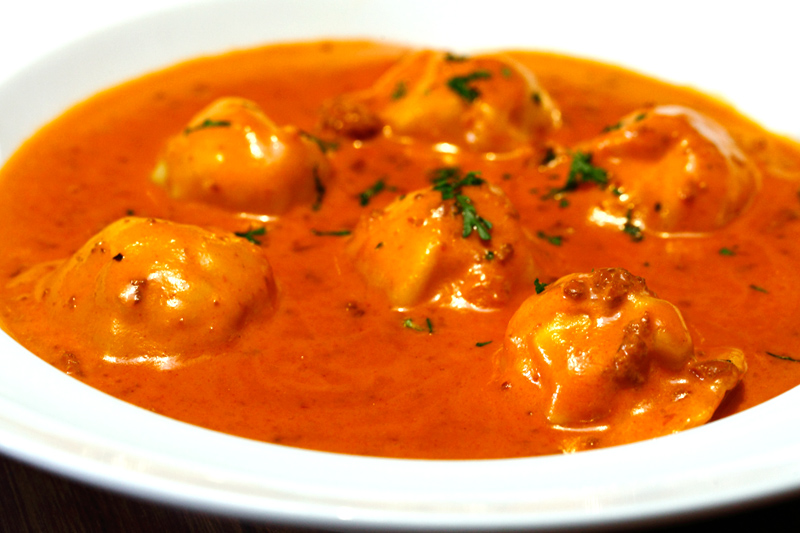 After we discovered the deliciousness of ravioli, it has been our go-to-order for pasta whenever it’s available.
One thing has to be said about La Risata though, is that their plating is definitely not the greatest out there. The Ravioli Di Pesce @ RM28 is a freshly made salmon ravioli in a creamy salmon sauce. 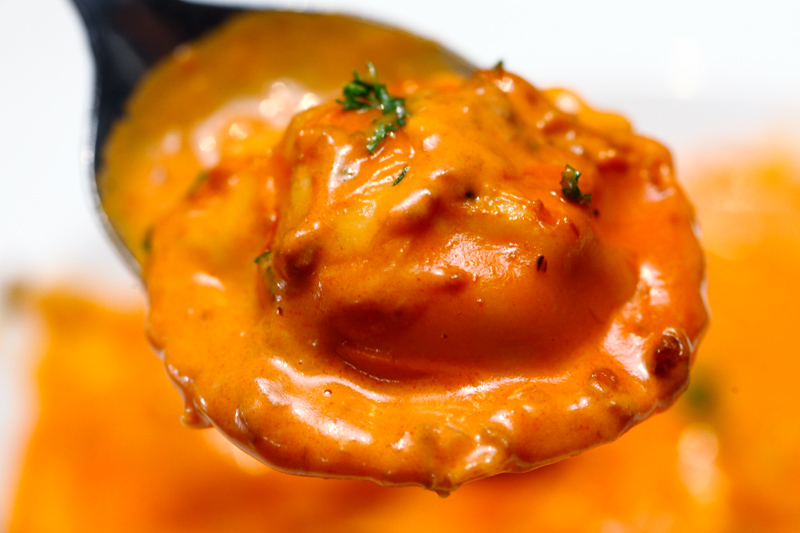 Being a house specialty, we had high expectations for the salmon ravioli and I am glad to say it did not disappoint. These bite sized morsels may feel underwhelming in portion size, but they are deceptively filling thanks to the unstinting amount of salmon stuffing and rich, yet not heavy sauce. 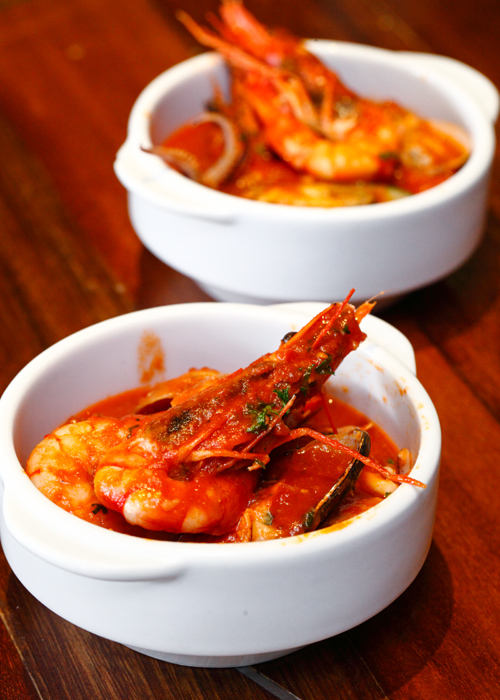 For us, Seafood soup (Zuppe Di Pesce) is a must when having Italian food. There’s simply nothing to dislike about fresh seafood in a herb-seasoned tomato based broth. Here, it’s available in either half (RM38) or full serving (RM62), in which the latter is fit for a party of four or more to share. 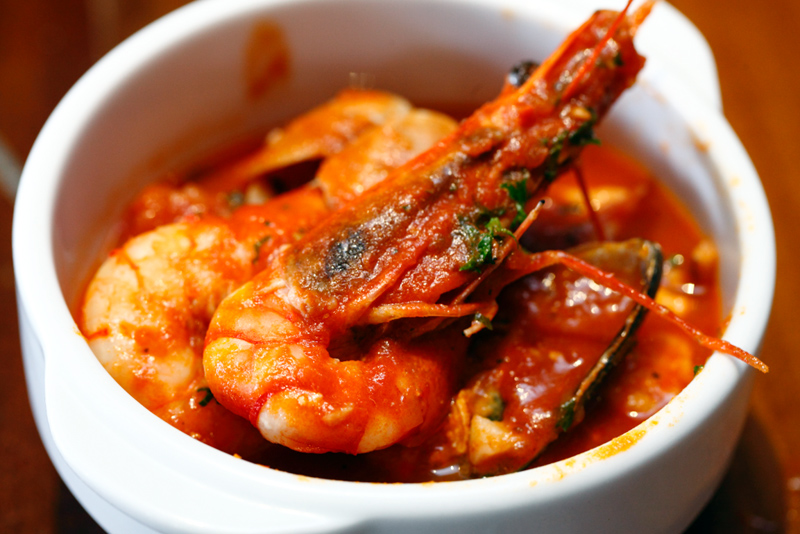 And of course the soup (we had the full serving) does not come in individual bowls as shown above. It was actually served in a huge dish, filled to the brim and was almost overflowing. To be honest it didn’t look very appetizing hence we had to portion it out for a better presentation.
Having said that, the soup had a generous serving of the freshest prawn, squid, mussel, clam and fish – cleverly spiced up with a pinch bird’s eye chili. Great stuff and highly recommended. 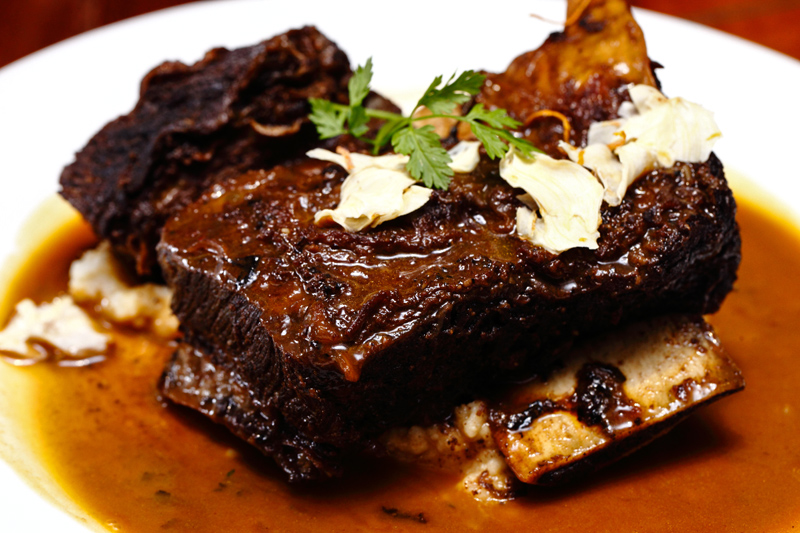 We had a tough time picking a meat option, but eventually we settled for the Petto Di Manzo Con Vino Rosso @ RM50, which is essentially a wood fired oven roasted beef ribs in a reduction of red wine sauce.
The rib was humongous and packed with enough meat to satisfy any meat lover’s carnivorous craving. Taste wise it was great too, as the meat was fall off the bone tender and flavorful even on its own. 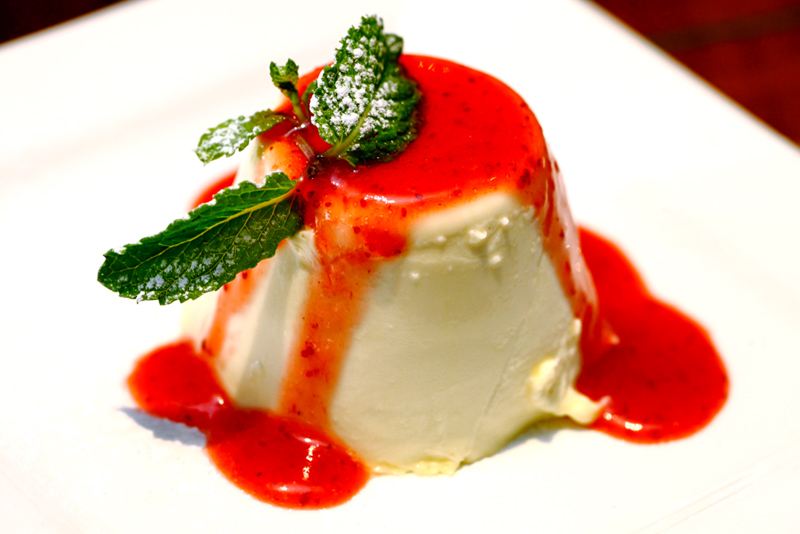 There’s no lack of dessert here and all of them are below RM20 except for their signature Sicilian Bombe which is meant for sharing between two. Since it was a rather heavy meal, we opted for something light. So Panna Cotta @ RM12 was chosen. If you are wondering, it’s every bit as good as it looks. 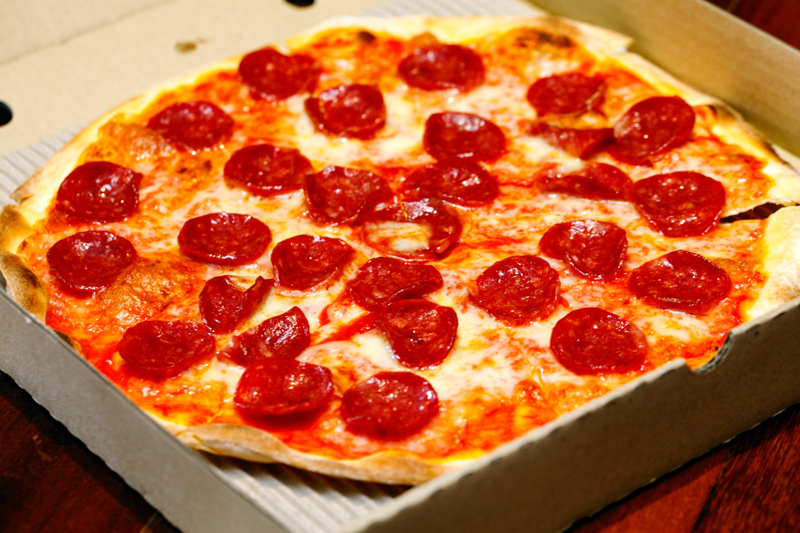 Impressed with the food we had thus far, we decided to get our dinner here as well by taking away their thin-crusted Beef Pepperoni Pizza (12″) @ RM26. We reheated it in our microwave oven later that night and it still came out hot and crispy without any sign of deterioration in taste. 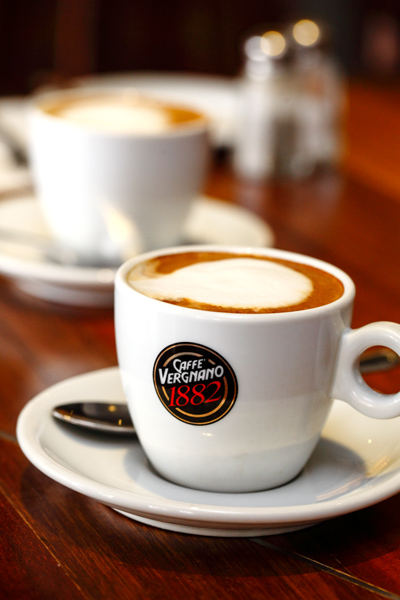 Coffee is surprisingly affordable and they are are evidently stronger than the usual which I highly enjoyed. It’s RM8 only for a cappuccino. That’s even cheaper than what you’d normally pay at an average cafe nowadays. 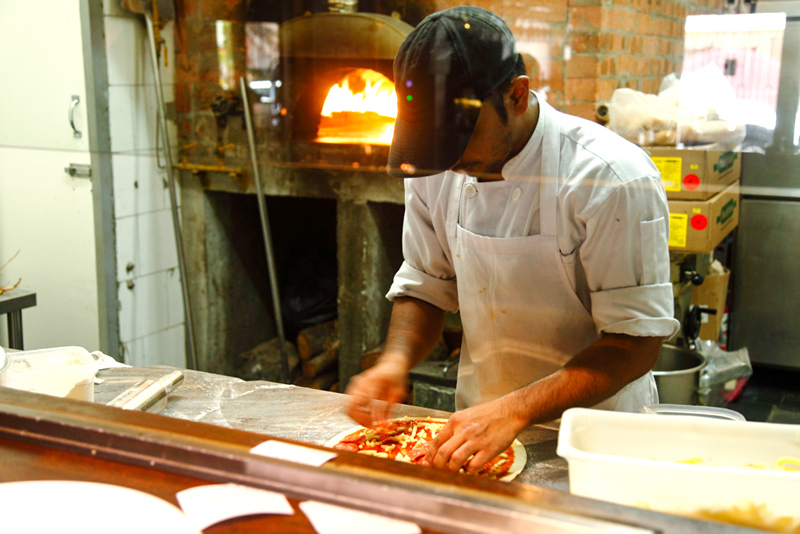 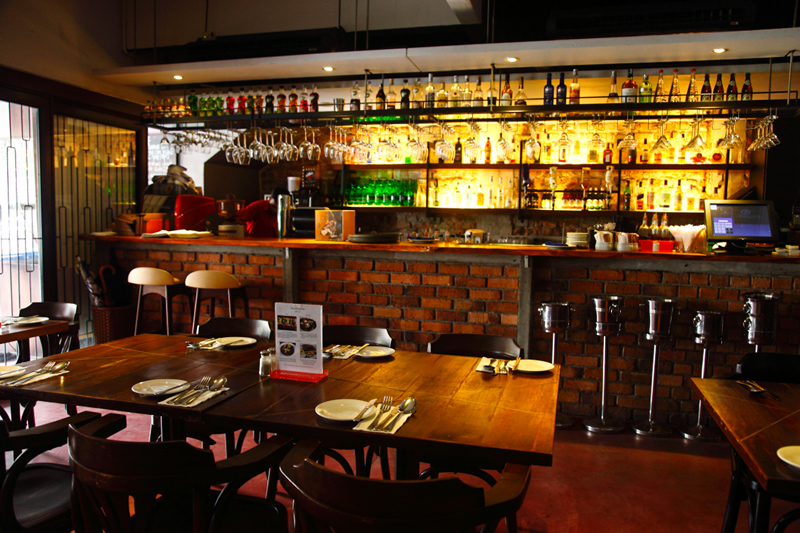 Overall, our lunch at La Risata was a delightful experience. The food was generally faultless and we were happy with every dish that we got. Although the meal came close to RM200, I didn’t mind it at all because as long as we go home happy then it’s money well spent. 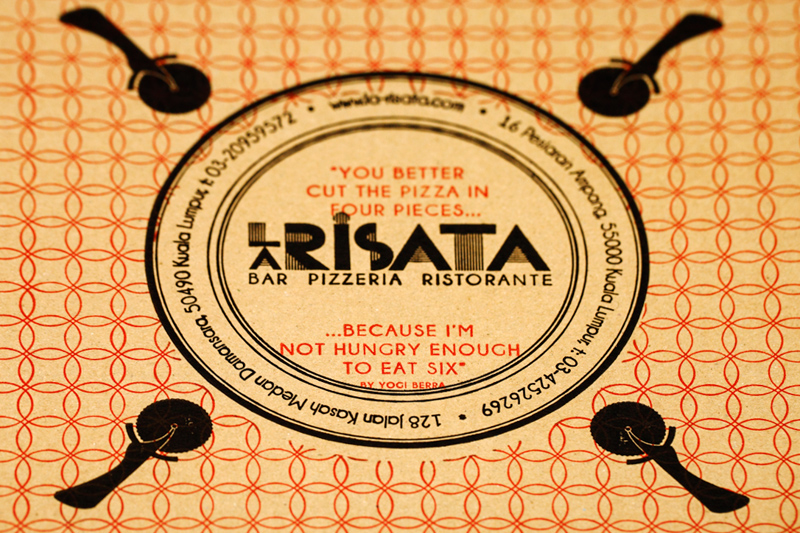