With a bit of exploring you will find that Sentul actually has a lot of good places to eat. Some are still relatively unknown and I hope to get those covered in future. But let’s start with one of the more popular ones around – Lau Heong seafood restaurant. Don’t get me wrong though I am not recommending this place just because it’s famous, their food is actually good and they also have a handful of signature dishes worth trying.
The first time I was here it was about 5 years ago when I was still a newbie in KL’s food scene. But I do remember that the meal was a good one and most of the dishes I had was memorable. So after 5 years, have things changed (did I change also?) and will I still find it as good as I thought it was? 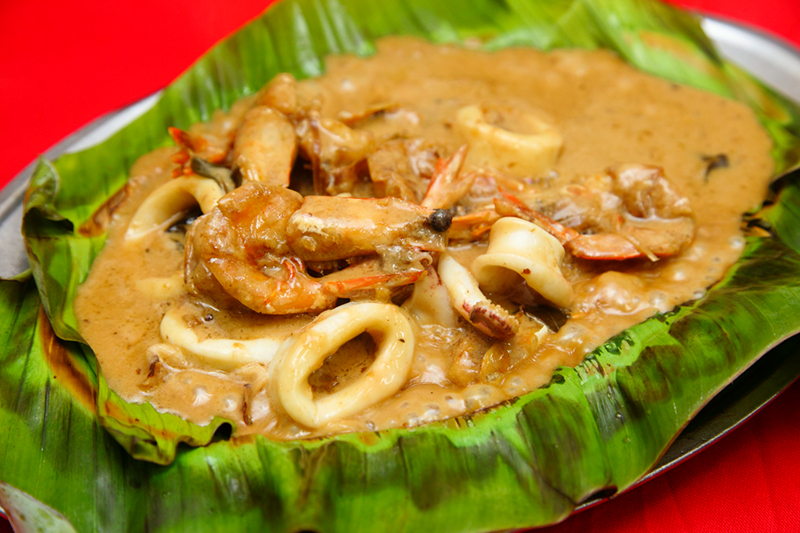 I still have no idea what this dish is called but as long as you mention along the lines of “sotong on hot plate with sauce” (RM28) they will get it immediately. You will be asked whether you want to “mix it up?” That means whether you want the seafood dish to have prawns as well. Why not?
But after the dish arrived and I took a bite at the prawn I realized it was probably a mistake. The prawns were past their prime and had a mushy texture but the squids were still nice. Next time I’d stick to the squids only. The special sauce is said to be a secret concoction of their own, mostly of coconut milk with a hint of black pepper – kind of like Mongolian sauce but slightly milder in taste.
I was quite amazed by this when I first tried it but now, after tasting so many restaurants around I don’t think it left me with such a deep impression anymore. A similar dish which I would truly recommend now is the Claypot Seafood with Coconut sauce at Sai Kong. 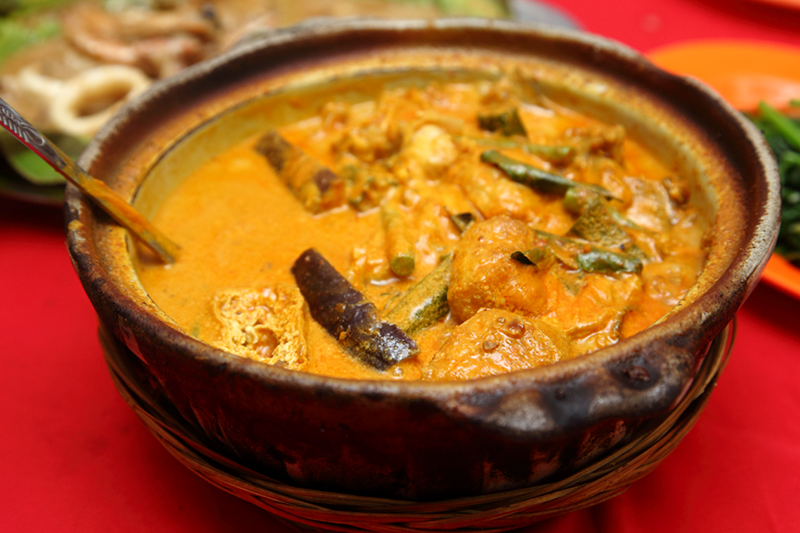 Claypot Fish Head Curry @ RM28 – We suspect this was already pre-cooked in large quantities because it took them less than 5 minutes to serve this and the same was observed for other tables too. Nevertheless the curry was great with plenty of vegetables and tofu puff. My only complaint was that the fish did not taste as good as it could possibly be – it was slightly mushy at some parts, which I feel might be due to being left in the pot for too long.
From what I experienced at my favorite fish head curry places, the flesh of the fish is always tender and flaky and only prepared when an orders comes in. So if they could prepare this dish fresh to order I am pretty sure it’d be one of the best fish head curry in KL. 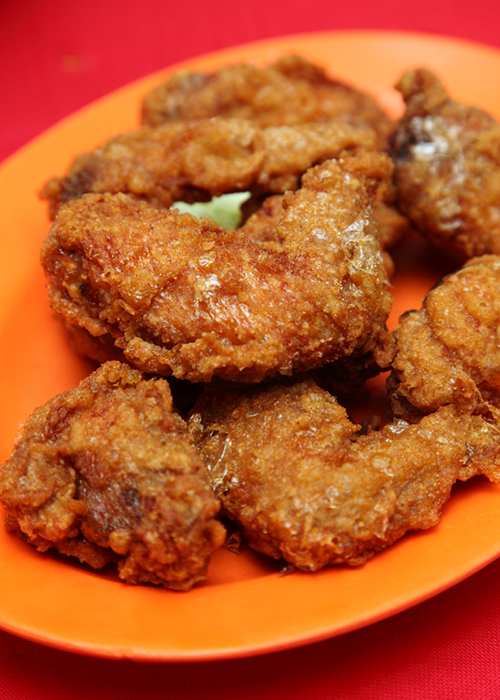 If you love fried chicken then the fried chicken wings here are not to be missed. They had a nice crackling crunchiness but the juiciness of the meat underneath was well preserved. The marinade was great too, it had a mix of “nam yu” (red beancurd) with shrimp paste for that appetizing flavour. 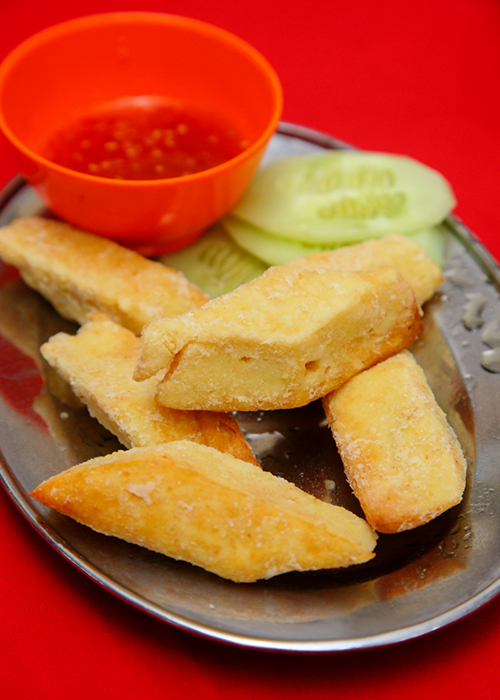 A variety of tofu is available here but I think the signature tofu (RM1.20/pc) would be the best choice here. It’s uncommon to see restaurants prepare their tofu this way anymore, which is a simple mix of tofu with seafood, deep fried then served with Thai chilli sauce as the dipping sauce. 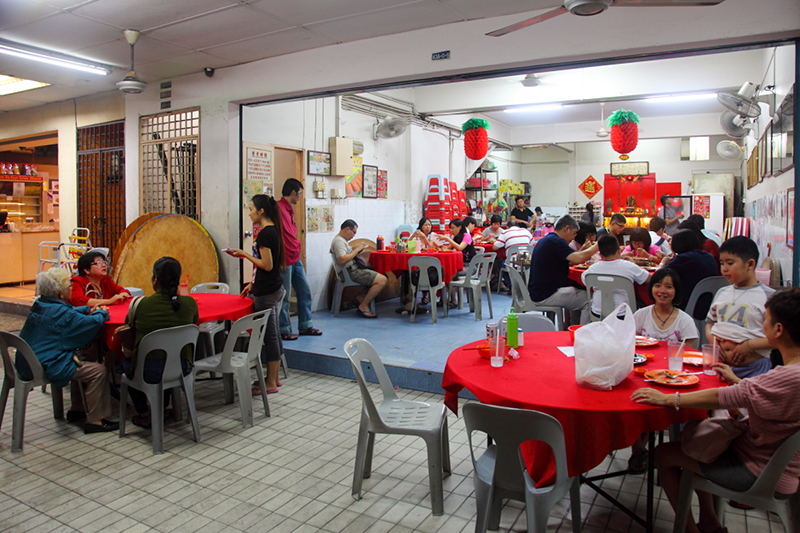 The four dishes mentioned above are only a fraction of what Lau Heong has to offer. Their other signature dishes also include German pork knuckle, Szechuan style steamed stingray, ‘Siong Tong Lala’ and many more. Although I might sound a bit critical (I have to) about the first two dishes I still walked out a satisfied customer, and definitely will return again with a bigger group for another round of reminiscence. 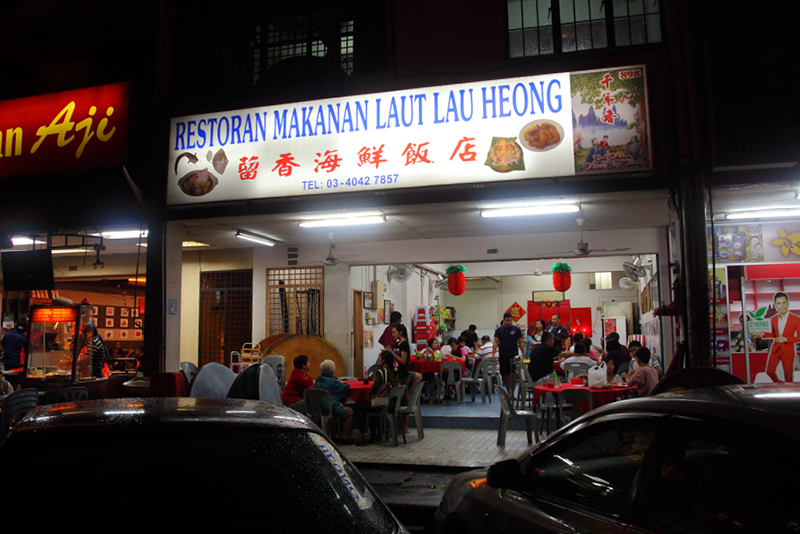